(Notice: All of this is my take, or interpretation of this information. Do your OWN research, and see what you get!!)

Q gives us a picture to prove he is at the Highest Levels of Intelligence! 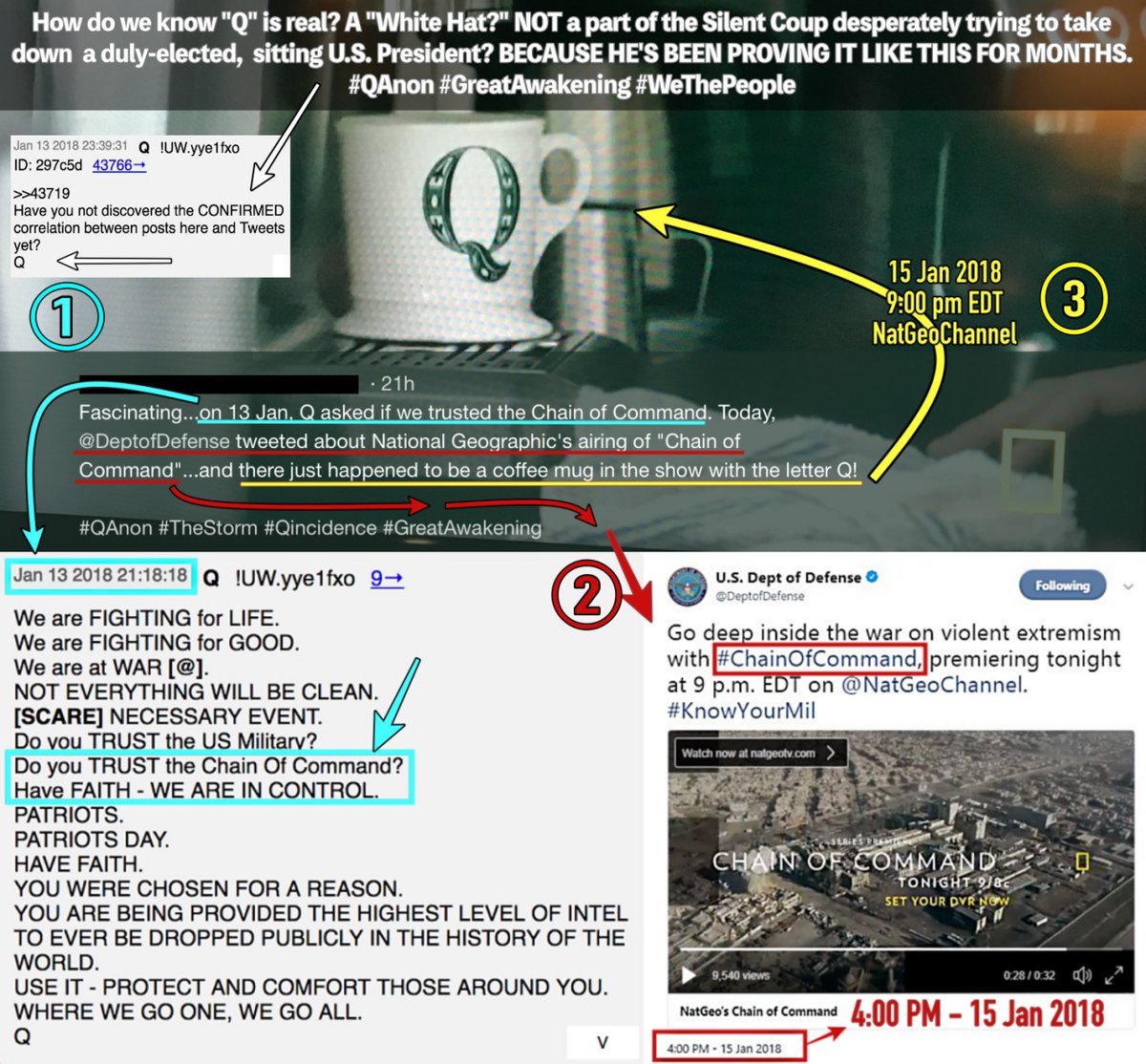 This one is really difficult, but I will give it a go!!

Expand your thinking.
Who leaked Vault7 to WL?

Vault 7 refers to the Wikileaks publication of CIA methods for infiltrating systems, including leaving a false footprint behind to implicate other entities in system hackings such as China or Russia. It has yet to be revealed who leaked this intel, but some speculate it was Edward Snowden or similar actor, often referred to as Snowden 2.0.

(Date)
Edward Snowden claimed he was a trained spy who worked undercover as an operative for the CIA and NSA. National Security Adviser Susan Rice denied his assertions. Snowden worked for NSA contractor Booze Allen Hamilton for 3 months in 2013 (ending in his firing on June 10, 2013), with the specific mission to steal and disclose NSA surveillance secrets. Some believe his objective was to damage the NSA, thus giving more power to the CIA.

Obama influence and instructions over the missions, to include speeches to provide cover for the operations.

After leaking NSA intel, Snowden fled to Russia and sought asylum in July 2013.

Obama gives a speech on NSA reforms as the result of backlash from the public and government allies who learned of extensive spying and data collection by the NSA from the Snowden leaks.

A summary of the speech is outlined here: https:// www.theguardian.com/world/2014/jan/17/obama-nsa-surveillance-reforms-speech-live
Obama fails to implement any meaningful reforms of NSA data collection and spying, including reforms to prevent abuses of the FISA court.

Mission 6: Fiddler > Ghost-PRIME
The Fiddler (secret surveillance operations) > transitioning to Ghost-PRIME, which may mean one or both of the following:

(2) Engaging in Secret Media Ops: Psychological Research on Information and Media Effects (PRIME), which involves a large, coordinated effort to control the narrative across all media platforms.

Mission 9: Censorship – Broad censorship of conservative users across all social media platforms, in order to control the narrative via a single algorithm deployed across Facebook, Google, Youtube, Twitter, et al.

We are being advised to take legal action to thwart efforts to censor conservatives in the form of Class Action lawsuits, QuiTam lawsuits, and other legal avenues available today.

Exchange of key liberal messages and talking points between MSM, Professors/Teachers (CLAS) and Students, much like what was done in 2008 via the Journolist group, which consisted of a large team of MSM print and TV journalists, bloggers and professors who were instrumental in managing narrative in order to elect Barack Obama. This also most likely funded in part by government and donations from non-profits (as outlined in Mission 6, and most likely includes campus activism and protests.)

(Note: two key participants in the Journolist “secret message board/chat room” were Ben Smith and David Corn who were the first to publish info from the fake Russian-Trump Dossier in BuzzFeed and Mother Jones.)

THE REAL STATE OF AFFAIRS IN OUR WORLD TODAY

NOTICE – ANYTHING THAT HAS TO DO WITH “Q”

Q clues us in on post 1887 with the following questions… the answer is Infiltration of the MB.
>>2613023
Has intel been shared w/ our enemies in an effort to warn them against capture/kill?
How long did it take to locate/kill UBL?
How many times did we locate UBL in the past and stand down orders were given?
Why did the WH put itself in the middle of every OP?
Why did POTUS immediately remove the WH from the CoC military engagement equation?
How has POTUS been able to essentially destroy ISIS within the 1st year of his Presidency but HUSSEIN could not throughout entire term?
What is JB’s background?
Muslim by faith?
What is Hussein’s background?
Muslim by faith?
What is VJ background?
Muslim by faith?
https://wikileaks.org/podesta-emails/emailid/28660?
Why was the Hussein admin breaking down admin by faith?
Why was the PUBLIC sheltered re: ISIS for so long?
Why was AL-Q deemed the primary adversary vs ISIS?
Do you believe US intel did not ‘know’ UBL’s son was a prominent figure in AL-Q?
Connect the dots…
MB infiltration… this was the primary goal.

Overall, excellent analysis and decode. Thank you. Let’s peel the onion back one more layer… Who did @Snowden report to? Who is Ghost Warrior? https://qanonpress.wordpress.com/2019/04/17/snowden-parades-or-restraints/