REGENERATION = RE-GENESIS – THE BIG LIE OF THE FREEMASONS

THE ACTUAL TRUTH GOES FAR DEEPER THAN YOU CAN IMAGINE

Much of it is honestly going to be very hard to even believe!  We have been lied to for so very long – truth sounds like fantasy, while fantasy is sold to us as truth. 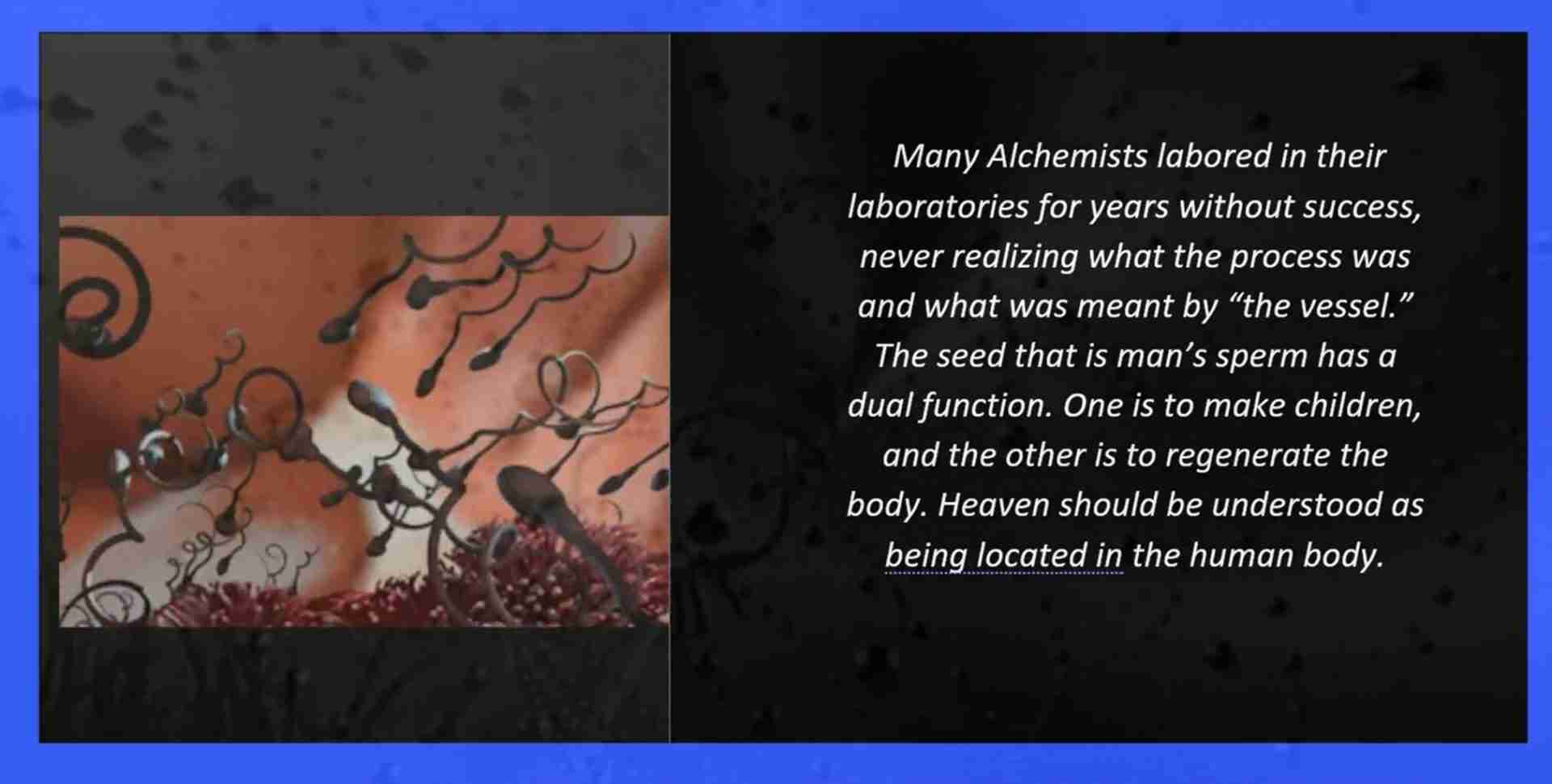 “HEAVEN” IS NOT INSIDE OF THE HUMAN BODY

The very idea that this could be true is simply ridiculous.

However, I am well aware of the regenerative principles of human sperm, and so is the Deep State and those who worship Satan.  Even the Ancients knew very well exactly what the male reproductive fluids could do (or were capable of doing) and so they routinely experimented with it.


This is why so many “elites” are into drinking human blood and drinking human sperm!  Aside from doing magic spells, there is an idea that human sperm is “regenerative” and will help you to live longer!  This is partly where the idea of “Spirit Cooking” comes from.

This is also one of the many reasons why Off Worlders who come here to the Earth are so interested in human sperm and human reproduction!  They are simply continuing with the experiments that the Ancients did a long time ago.


And if these Off Worlder’s are also time travelers – then they could even have been working with these Ancient Scientists and could have been doing these experiments with them.


However, there are other reasons for drinking human bodily fluids.

There is a deep belief within the Luciferian/Satanic and the Elite communities that by drinking human blood and human sperm they can not only extend their own lives indefinitely, but they can also HEAL their bodies in ways that modern science has been hiding from the rest of us.

I know this sounds quite sick – but this is what these people think and believe!

Even more disturbing than knowing this is that many of the so-called “Elites” that we see walking among us and that we think of as our so-called “leaders” may actually NEED to do this because they are NOT really human!

The idea that this kind of thing has been happening behind the scenes on our world (in deep underground places) was shown to all of us in the Children’s Movie called – The Dark Crystal.


Either by drinking blood (Adreno-Chrome) or by drinking human blood mixed in with male sperm (Spirit Cooking) there are countless magical spells, potions, and purposes they have found for human bodily fluids.


See this video clip that can not really be argued with:

Certain Off Worlders (who are Shape Shifters) would need to drink human bodily fluids simply because these vital fluids that come from inside of our bodies carries the INFORMATION and the DATA necessary for us to look human.

Please revisit this post on how water (a fluid) actually carries vital information and can be programmed harmonically.

THIS STUFF IS COMMON KNOWLEDGE IN ELITE CIRCLES


Remember “THEY” control the Medical Establishment.  They tell us what is medicine and what is not!  They give us pharmaceuticals (which kill us) while they use Ancient methods and techniques to extend their own lives.

Perhaps you don’t believe me.  Perhaps you think I’m off my rocker?  Fine.  If this is the case, then let’s read and hear the TRUTH from one of their very own!

Here is an article which has been banned from the internet, but can still be found in the INTERNET ARCHIVE!

In this article a former 32nd Degree Freemason (William Schnoebelen) who is one of their very own – explains the vital link between Pedophilia and Freemasonry!

“…[Aleister Crowley] had so many masonic degrees that you could fill up five pages of a book with them.

This guy was probably the most highly honored mason in the world. And he was also the most dangerous man of the 20th century. And he began doing rituals to bring forth this crowned and conquering child. And he began to start what he called “the cult of the fascinating child.” And in doing this, he uncovered – without knowing it – the royal secret of masonry…

The secret that Crowley uncovered – probably through demonic intervention – is the secret that immortality is conveyed through tantric sex magic. And the kind of sex magic that we’re talking about here, unfortunately, is the sexual violation of a little child.

Crowley taught that the way you can live forever was by vampirizing little children sexually.

And he personally bragged of having slaughtered 150 male children in one year. This is why he was called the wickedest man in the world.”

If you click on the link above – there are also videos that you can watch!  This video is absolutely imperative to watch AND imperative to know.  It explains so much and tells us WHY we are where we are in the current moment of our history!


I was going to write much more – but this is enough for now.  Too much to digest in one sitting!  Please watch the video in the link above.

THE HIDDEN REALITY OF “CONTRACT LAW” – THE GREAT CON REVEALED