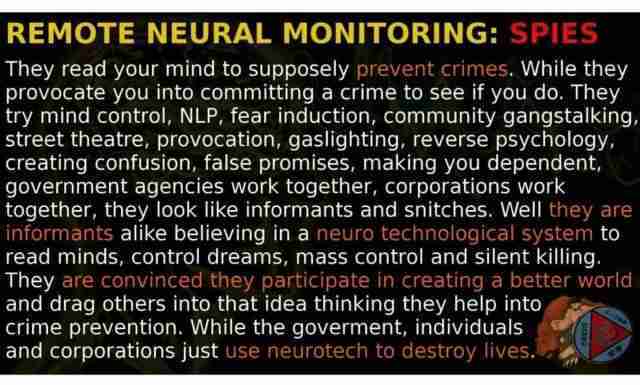 Who (meaning which agency) is still running the – Remote Neural Monitoring Programs – and why have they not yet been arrested and taken to GITMO?

Who is doing this – because it is STILL happening… 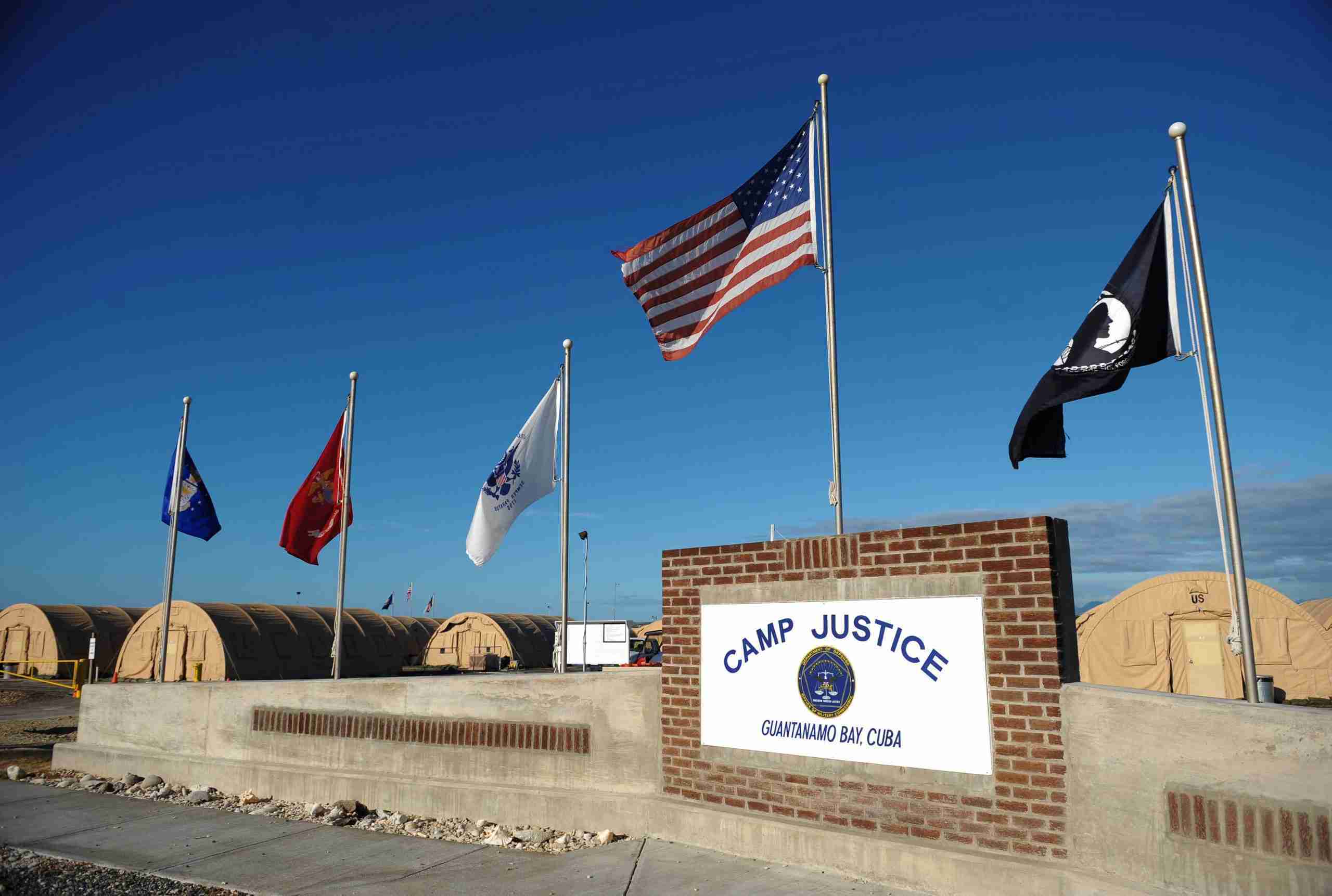 
Why has this top secret and completely illegal – unethical – immoral – ungodly – and SATANIC program not been stopped in its tracks by the Alliance?

Why are there still men and women who go to work in secret places – and for a paycheck – they sit in front of super advanced technologies just so that they can HACK into the minds of innocent men and women around the world – and then “control” their thoughts, their minds, and even their central nervous systems – proceeding to drive them around like zombies and robots without their consent?

Then WHY, WHY, WHY pray tell – are not all of the private contractors, former government agents, former military and current military staff, as well as any off-duty cops, police, sheriffs and others who have stumbled into this technology – and will do just about anything for extra money – NOT being held to the very same standard?

In WHICH Universe is it considered JUSTICE that these people are allowed to stay free and not get arrested for serious crimes against humanity?

And IF they are in the military – remember that the excuse: “I was only following orders” – is NOT valid for crimes against humanity…

These people – whether in the military or not – should be forced to face justice according to the Nuremberg Codes!

The people they “TARGETED” were in many cases innocent – extremely spiritual – loving, kind-hearted, and caring people!

Bryan Alexander was one of these people, and his death is reprehensible proof that there are many men and women still hiding and skulking around behind the scenes here in America – and all over the world – who DESPERATELY NEED A RIDE TO GITMO ON EASTERN AIRLINES.

Where does GODS LAW say that “only” young children deserve to be saved from a terrible fate (from out of the DUMBS) – and that countless millions of adults (many of whom became TARGETS in their young adult lives or even earlier) just have to suck it up and live with the fact that they were tortured and tormented by agents and sub-contractors who were being paid by their own Governments?

I’m pretty sure that I never read THAT anywhere in GODS LAW – nor did I heard anyone mention it while I was standing next to HIS THRONE.

There will be – make no mistake about this – a terrible day of reckoning and a “serious come to Jesus moment” for every man and women involved with this technology – as well as every General and Admiral – every Scientist and Agent – every contractor and sub-contractor – who used, took part in, or had anything to do with this technology – once they are dragged in front of the THRONE OF GOD and HIS FINAL JUSTICE IS DONE.

SOME UNSOLICITED – BUT NECESSARY ADVICE…

Do yourselves a favor and distance yourselves from these monsters – NOW – and bring Justice forward for all of these innocent people who have been, and are STILL BEING tormented, tortured – some of whom have already died – and spare yourselves what is waiting as punishment for those who choose to DO NOTHING!

GOD IS WATCHING – HE SEES ALL OF IT…

The human monsters who used this technology may be able to lie, cheat, and get away with baseless stories of why this was being used and why the people they chose to use it on “deserved it” – but then GOD will have HIS say – and there will be NO EXCUSE at that time accepted in front of HIS THRONE for the use and abuse of such technology.

Those who are currently doing the MOP UP of the Luciferian Brotherhood and the Dark Cabal need to put this issue as a TOP PRIORITY on their list of Military Tribunal Priorities.

I’M NOT JOKING ABOUT THIS…

Every single man and woman living around the world who used this technology to torment, torture and eventually cause the “death” of countless innocent people – aka TARGETS – needs to be hung – shot – or otherwise eliminated…, just as those German Scientists were eliminated in the 1940’s when they did countless horrible things to innocent people without their consent or their permission.

These men and women actually took a PAYCHECK to hurt other people and they simply considered it their “job” to do so and never thought twice about who they were hurting.

They used this technology like COWARDS and hid in underground bunkers, technology labs, and bases – as well as using the backrooms of Police Stations, and Sheriffs Offices to do their dirty work against innocent living human beings.

Justice for these acts need to be done JUST AS BADLY as all of the other tribunals need to be done – because GOD cherishes ALL OF HIS CHILDREN – even if they are now grown up and have become adults.

For even MORE information – read this very important SERIES:

MAY GODS WILL BE DONE – AMEN

DAVID ICKE – WORDS IN YOUR HEAD…

Thanks for ranting Bradley. It is appreciated by those of us who are targeted. So far everyone doing it to us is getting away with it and those not directly involved but still know something is going on all keep quiet about it. Sorry, I don’t have much if any faith in human beings now.- or all the do-gooders of all persuasions.

GOD has fixed their wagon BIG TIME – just hang in there. They have lost – there are only a few moves left on the Game Board.

Thanks Bradley for that reminder. I am determined to still be here when that CHECK MATE happens.

Thank you for the comment! You are a great supporter of this blog! All my love!

Yesterday David Icke posted his latest broadcast titled “Words In Your Head- How They Are Telling You To Get The Vaccine”. It’s on Jeff Rense’s website, rense.com. I don’t know how to share it to you, but on the left column of his site, near the top, it’s right there and easy to click on and watch. It’s goes along with what you are saying, and I consider it one of the most important videos I’ve ever watched. It’s some scary shite, and even us awakened ones are being targeted, but we immediately know that these are not our thoughts.

Thank you Linda! I appreciate the heads up!