ROME IS THE ONLY PLACE IN THE WORLD THAT EXISTS

In our quest and search for the TRUTH…, we have to take into consideration all available data…, and all pertinent information before making our conclusions.

If life in our world was a “movie”…, and “The Wizard of Oz”…, was it’s title…, then the most memorable line of the movie would be as printed above!

The reason is simple:

The Governing Principles which have been “set up” and put into place all over the world are purely OF ROME…, and of no place else! 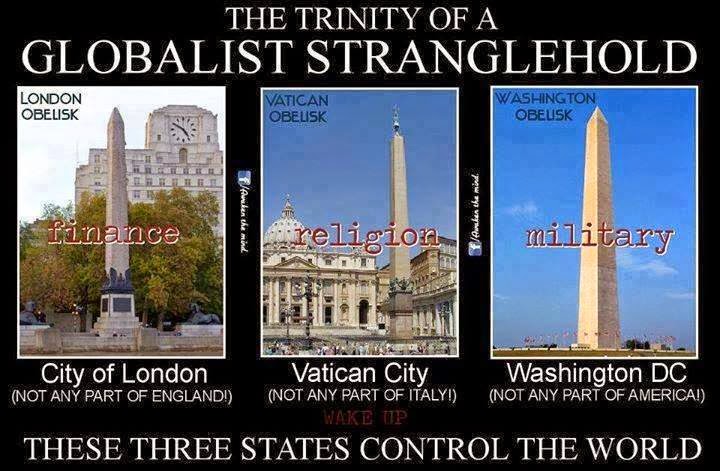 In order to understand this completely and totally…, one must understand that a version of LAW…, that is a COMPLETE FRAUD and a total CON is running parallel with true LAW and GOD’s LAW.

Both are in effect and as we speak…, and both are operating!

Depending upon what YOU as a human being know about the LAW…, will determine which LAW is applied to you.

Natural Law or (God’s Law) is actually still there and in full operation!  It is just that it is HIDDEN…, and it will NEVER be applied to YOU as a living being if you do not KNOW ENOUGH to ask for it!

THIS IS THE CON!

Rome has set up a totally “fictional” world on PAPER…, which includes:

These mere words on paper…, have been given legal “status” and legal “rights” in a real world of living men…, by criminal FRAUDSTERS!

Slowly over time…, real living human beings have been JOINED…, through PAPER…, to fictional characters (THE ALL CAPS NAME) which are not real…, but are given legal status by ROME.

Thus…, every living man, woman, and child…, now has a “STAKE” in a fictional game that they know nothing about!

Through a process called:  “JOINDER”…, their real and living body has been “put up as SURETY” (collateral) for the fictional paper being that was created in their image…, in a dastardly way that they know nothing about.

Laws have been made (statutes) for the “paper man only”…, but have been FRAUDULANETLY foisted upon real living men and women as “legally” binding to them due to the thing called:   JOINDER

Since all of humanity has been dumbed down to a 4th grade level…, almost no one really “gets” that there are TWO independent processes of LAW running side by side…, and which one is applied to you…, DEPENDS on what you know about LAW.

YOU ARE IN A DIRE SITUATION

If you want to know the TRUTH…, you have to stop listening to “authority figures” of any sort!

Every institution of AUTHORITY has been put into place to further the CON!

The largest and most fraudulent figures of AUTHORITY are the ones you’d probably think are the ones deserving the MOST RESPECT!!

But that is the nature of the CON.

“Judges” are part of the CON!   They all know very well…, that there are two forms of LAW running side by side…, and they also know that depending upon “YOUR STATUS”…, which law is applied to YOU can be changed.

You are either the PUBLIC paper fictional man (and an enemy and a combatant)…, or You are a REAL MAN IN EQUITY…, and can not even appear in their courtroom and be heard.

(Instead…, all matters are solved privately in Judges Chambers…, since you are REAL FLESH AND BLOOD).

The LAW is applied very differently to these two different levels of STATUS…, and which level is applied to you depends on what you KNOW.

YES…, THIS IS FRAUD

And…, more importantly than that…, real human beings…, many that you may even know personally…, are involved.

For money…, they have taken OATHS…, to uphold both sets of Laws…, and to NEVER reveal this fact to the common man.  Instead…, each judge “tests” men and women who appear before them to see WHAT THEY KNOW.

If they know TRUE EQUITY LAW…, they are treated as a friend of the court…, and all matters are settled in chambers in a casual manner.

If they have been CONNED into thinking that the ALL CAPS NAME represents who they are…, (and are ignorant of TRUTH)…., they are treated as: “imbeciles”.., and “retards”…, or someone who is mentally ill and needs to be CARED FOR by the STATE.

In this case…, you are brought into a public courtroom…, and treated as if you can not speak…, and have NO VOICE!   A court appointed defender is appointed for you (or you can hire your own LIAR – I mean Lawyer.., to represent you) but that LIAR will only confirm to the Judge that you are ignorant!

That fact that  YOU don’t know this…, and worse…, REFUSE to look into it…, gives all of the many JUDGES around the world… All the reason they need to continue to treat you like a WARD OF THE STATE.

All JUDGES wear BLACK ROBES…, which is an indication that they are completely in league with a SATANIC SYSTEM!

Now…, interestingly…, there is one other position in the world that REQUIRES those who have that job to always wear BLACK…, and that is a Roman Catholic Priest!

The reason for this is simple…, they also are bound to the very same system that Judges are…, and are sworn to uphold it.

They are part of the CON…, and are used to hide the fact that ROME is running a world wide SCAM on PAPER!

They are the “frontmen” so to speak for the BANKERS who have turned you into a Buyable and Sellable Commodity or a BOND.

Yes…, however…, nothing they have done…, has been done without YOUR UNINFORMED CONSENT.

Every step of the way…, through FRAUD…, you have been led to act in their interest and not yours.

No matter how many times I speak about this…, people rarely comment on it…, and worse refuse to look into it.

How many people have read my DECLARATION OF NON CONSENT…, and then written their own??

How many are currently working on Changing their status…., from Surety to Equity??

How many realize that the ALL CAPS NAME is NOT THEM??

How many would argue that point with me like the very imbeciles and “idiots” that the courts think them to be??

All roads of business, money and commerce lead to ROME!  It has been created on paper…, and our very CIVILIZATION on Earth at this time is so enmeshed in it…, that nothing can happen without ROME being involved.

To deny this in any way is to continue to be RETARDED!

To refuse to do LONG HOURS OF RESEARCH into this is to AGREE TO BE A SLAVE.