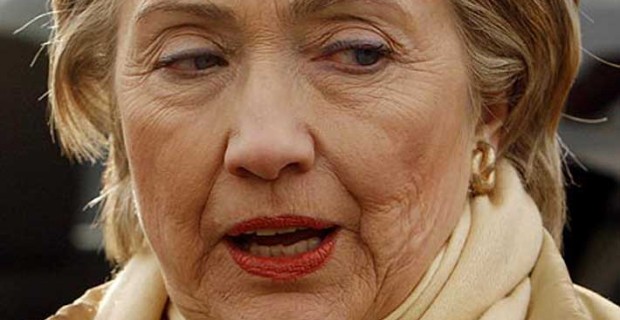 A Secret Service source has told Infowars that Hillary Clinton has major neurological health problems and that a big announcement regarding her medical situation is coming soon.
The Secret Service source reached out to Infowars reporter Joe Biggs during the recent Republican National Convention in Cleveland and confirmed the following information;
– Hillary has a very serious neurological degeneration which could be Parkinson’s disease;
– Around half a million dollars has been spent to specially adapt three SUVs in which Hillary travels to provide lowered floors and disabled access to prevent Hillary from tripping.
– Hillary’s staff is so intent on keeping reporters away from Clinton because she is at risk of petit mal seizures that can be triggered by camera flashes;
– Hillary has major problems with balance, difficulties with walking and keeps falling down;
– Hillary’s campaign will be forced into making a big announcement soon regarding her medical condition;
– The source told us that this information was relayed to the press by others, but they were too afraid to run it, so Infowars was reached out to directly by the Secret Service in Cleveland three weeks ago because they trusted us to run this news unfiltered.
The revelations correlate with other information provided by federal agents and police officers who have worked security at Hillary events.
John Cardillo, a former officer who provided VIP security details for the New York Police Department (NYPD), said he was told by a federal agent and another NYPD officer who worked security at Hillary events that Hillary had major heath problems and was often dizzy and disoriented.
Questions about Hillary’s health are intensifying following the release of our viral video which asked why Clinton has been behaving strangely in recent weeks and months.
Despite leftist media outlets attempting to portray the entire issue as a baseless “conspiracy theory,” a Rasmussen poll released last week found that 59% of Americans would like to see the Clinton campaign release Hillary’s medical records.
Watch the clip below in which Alex Jones discusses the revelations made by the Secret Service whistleblower.

ALL I CAN SAY IS WOW