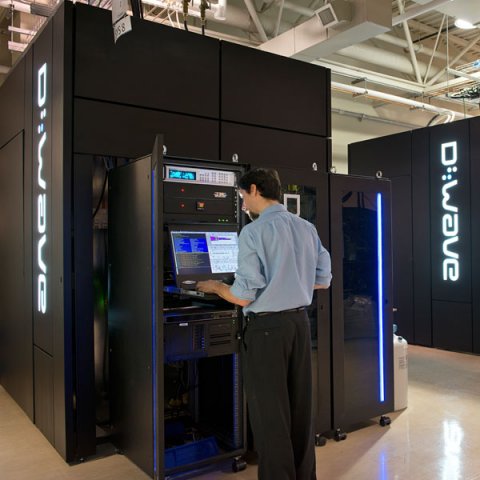 IT IS VITALLY IMPORTANT that my readers start to grasp just how deep the rabbit hole goes!

While two year old (child) Congressmen and women argue about the “impeachment” of Donald Trump…, (an issue the size of a drop of water) there is an issue the size of the Pacific Ocean that is so hidden from view…, that IF you only knew how it was all connected, you’d probably revolt tommorrow and everyone in Washington DC would be without a job the next day!

The secrets that are being kept from the American people are so vast and so expansive that our entire Government has turned into an alliance of secret keepers whose main and really only enemy is the very people who pay their salaries!

THIS ALLIANCE, at one time called THE MILITARY INDUSTRIAL COMPLEX…, is described today as the DEEPSTATE or the CABAL.

It is a coalition of interested groups that draw their members from Secret Societies, The Military, Intel Agencies, Universities, Research Firms, The Tech Industry, The Media, Local Police, Judges and finally many members of Congress!

In order to continue to perpetrate this MASSIVE DECEPTION upon the American people, at some point in time it was seen as “critical” to declare every man, woman and child a “potential” ENEMY, of these alliance members instead of seeing them as what they truly were…, their EMPLOYERS!

MASSIVE SUPER COMPUTERS WERE THUS TURNED AGAINST THE AMERICAN PEOPLE!

As I tried to inform everyone (without much success)…, the Military, Industrial Complex – with the help of countless Intel Agencies turned SUPER COMPUTERS against the average American and began doing things that you can NOT imagine!

ALL TOP SECRET AND HIGHLY CLASSIFIED

Look, I’m not making this up!  We now know about THE HAMMER, which is only just “one” of the many QUANTUM COMPUTERS and SUPER COMPUTERS that have been turned against us and are currenly running “SIMULATIONS” on all of us.

We actually got a lucky break in the fact that this technology was only brought to public awareness because it was “turned” on Donald Trump and used against him as a Presidential Candidate and then as an incoming President!

THIS GOES FAR DEEPER THAN JUST SPYING AND COMPREHENSIVE SURVEILLANCE.

Please FOCUS on this Epic Series:

This is the very reason why ALL of your information (personal information) has literally been taken in and harvested for so long a period of time!

This is also why deranged and monsterous human beings like Mark Zuckerberg and Jack Dorsey can get away with what they are doing!!     The Intel Agencies are using “back doors” into their applications and are freely taking all of your information for their Quantum based WAR GAMES SIMULATIONS!

Entire personality profiles of every man, woman, and child have been created and dumped into a super computer along with information on your family and all of your friends!

This information is then used in individual WAR GAME SCENARIOS being run against YOU as a potential enemy!

The Super Computer runs simulations against your personality (inside of the computer simulation) to see how best to NEUTRALIZE YOU should the need to do so ever arise!

The information that was necessary to do this was given to the super computer by YOU (basically) because every single Social Media Tweet, Facebook post, Insta-gram, YouTube Video, Google Search, etc…, (along with credit card history, shopping history, bank records, and school records) has been HARVESTED BY THE CABAL, and used to create an exact replica of your personality inside of their WAR GAME SCENARIO.

Not only has this “harvesting” of your information not stopped…, it has only increased, and the very next step is to put your human bio-metrics (facial recognition and finger prints as well as DNA) into their Super Computers as well!

THIS IS THE EXACT MEANING OF “SIMULATION RUNNING”

It means that out there somewhere, (most likely a Deep Underground Military Base) there is a Super Computer running a WAR GAME SCENARIO against YOU as we speak!

CHINA is already doing (with their Social Credit Score) what the Cabal wants to do in Europe and in America!  Through the use of Facial Recognition…, they know where you are at all times and know what you are doing at all times.

The Social Credit System is a WAR GAMAE SCENARIO being used to hinder your Freedoms and punish you for not following a prescribed set of rules of conduct!  (Even if those rules are unreasonable and insane).

Every facet of your private life is taken into account.  Your personality, courage, religious nature, intelligence, loyalties, family relationships, financial ability, education etc…, and a complete profile is created in the computer of how best to DEFEAT YOU and TAKE YOU OUT!

AGAIN…, WHY DID THIS BECOME NECESSARY??

Once the Military Industrial Complex took the road they chose to take…, (keeping everything hidden from the people) it only became a matter of time before the very people who they were keeping these secrets from would be seen as the ENEMY!

THEY ARE NOW TERRIBLY AFRAID OF YOU!!

THEY ARE AFRAID OF YOU FINDING OUT WHAT THEY HAVE DONE!

You see, these Intel People are breaking every single moral and ethical rule or boundary that GOD himself ever created!  They know that by keeping this MASSIVE and complex information about what is going on in the world hidden from you…, they are in FACT ATTACKING YOU!

This attack is not physical, but it is still very real!

When ever someone “steals” information that should be in your hands so that you can make well informed decisions, that THEFT is a form of personal “attack” which has left you “injured” in ways that can easily be quantified!

The “injury” is mental, social, civil, civic, financial, and covers many other areas of your life you may not be aware of.

HOW CAN I SAY THIS WITH SUCH CONFIDENCE??

Because YOU would be living your life totally differently IF you had access to this information!  Since you are being deprived of necessary information…, your decisions are faulty and flawed – and these flawed decisions are having a real and measureable detrimental effect on your life!

Thus…, you have been INJURED and are rightfully entitled to CLAIM DAMAGES!

Any court of law would hear this case if…, these things had not been “deeply classified” only to protect the PERPETRATORS OF THIS AGENDA OF SECRECY!

THIS, AND THIS ALONE is the REASON that we can no longer get “justice” from our Intel Agencies, our Legislators, our Congress people, our Judges, our police, or our Military!

Instead of being there to help the common man (who pays their salaries) get a fair shake or get justice…, the Entire Government has been turned into giant PROTECTION RACKET that protects the secret keepers at all costs!

And if any American “questions” what is going on…, and demands  from those who are on OUR payroll…, they run WAR GAME SIMULATIONS on you to see best how to destroy you.., or to at least shut you up!

Donald Trump is and was an “OUTSIDER”.

Why do you think it has been so difficult and so problematic for him to get answers from the Intel Agencies and Government which are lined up AGAINST HIM??

LISTEN TO ME NOW…, AND LISTEN GOOD PEOPLE!

As a billionaire, and as a Builder of Hotels and Casino’s worldwide.., these Intel Agencies would have been keeping “tabs” on Donald Trump for years…, IF NOT DECADES!   Think deeply about what I just said!!

How would YOU feel if you suddenly became President of the United States and you found out that your entire life (for the last 30 years) had been watched and recorded microscopically!

That every business deal that you were involved in had detailed files in the offices of the FBI, the CIA and the NSA!!

How would you feel if you found out that decades of your private phone calls had been recorded…, even ones to your wife or girl friends??

How would you feel if you got to be President of the United States and you suddenly discovered “they” (the Intel Agencies) had files on you the size of Mount Everest??   Would you be PISSED??  Guess what…, YOU are now “their” boss!

THIS IS WHY “THEY” WERE SO TERRIFIED OF TRUMP WINNING THE ELECTION!!

Look people.., there is a good reason why ONLY INSIDERS ever win the Presidency!  It is because they already know about this stuff…, and they have participated in it!

ONLY INSIDERS EVER GET ELECTED (OR APPOINTED) SO THAT THEY CAN PROTECT EACH OTHERS BACKS FROM THE WRATH OF THE PEOPLE!!

Donald Trump broke that mold!  He is in their now…, and every single Congressman and woman who has been there for years is now TERRIFED of what HE will say and divulge!

“They” (monsters one and all) committed henious crimes against YOU!   And…, they are terrified of Trump telling this to YOU!

You are their employers and pay their salaries!  And they have taken the power you gave them and declared you an ENEMEY!

IF you can not get this through  your heads…, I don’t know what else to say!   You should (by all standards) be LIVID and ready to HANG THESE PEOPLE for what they have done?

And don’t you wonder why Congress (just this year) passed a law saying it was a CRIME to hang anyone – especially members of Congress!!

Remember Jusse Smollett??  What do you think that was really all about??   Come on people…, come on already!

This is not the HIGH SCHOOL LEVEL STUFF YET.  You’ve got to start getting the grade school and middle school stuff first!

See this article below about D-Wave Quantum Computing: