We are now almost six years on from the date that shall forever live in INFAMY!

SO…, HOW’S THAT “ASCENSION THING” WORKING OUT FOR YOU NOW ??

It was on December 21, 2012 that ALL (read as ALL) men and women living on Earth…, the good and the bad…, were supposed to ASCEND into a “higher” spiritual dimension!

Like so many of the great CONS that came before it…, this one was based on obscure esoteric information and pushed mainly by DARK CONTROLLERS of the New Age! 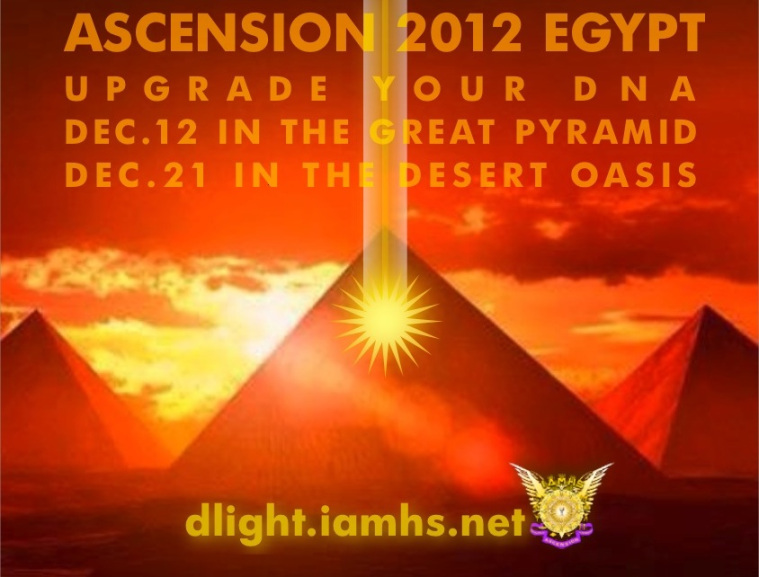 What HAS happened since December 21, 2012 is that those who Follow LUCIFER/SATAN have “ramped up” their plans for the total take over of the entire planet!

Some say it’s all because we are (somehow) still “ascending”!

It is all coming to the surface because after the great disappointment of 2012…, NO ONE is willing to stand up to and defend against PURE EVIL!

Millions and Millions of good people were PROGRAMMED…, YES PROGRAMMED to sit down like good little boys and girls and (FORGIVE) everything that everyone was doing…, no matter HOW EVIL it was!

They were told that unless they did this…, THEY COULD NOT ASCEND!

Well here we are…, six years later…, and BECAUSE THAT PROGRAMMING IS STILL RUNNING…, the LUCIFERIANS have now put their plans for a Luciferian New World Order into HIGH GEAR!

No one is standing up to them!

Every good man and women is crouched over in a corner, and cowering like a tiny child…, TERRIFIED to have a “judgemental thought”.

I’ve got to hand it to the Satanists…, they SURE KNOW HOW TO PROGRAM huge masses of people!

Gullibility and human weakness are their greatest allies!

A willingness to just BELIEVE anything…, (if it sounds good) is also a huge ally for the Satanists who know how to lie and to deceive –  (like you and I breath air!)

Many good people got “taken in” by the sheer audacity of the claim…, and others (who were duped) began to “resell” the idea as the TRUTH…, when it was simply a fictional idea placed into our minds by those who had a hidden agenda!

Some of the “good people” taken in…, were severely DEPRESSED when what was supposed to happen…, DID NOT take place at the appointed time.

This post, written by a man calling himself Graham Dewya…, has all of the classic signs of a man that is living in TOTAL DENIAL  after having been very badly CONNED!

Read it without rose colored glasses…, and you can hear the excuse making and the “apologizing” for what was supposed to happen…, but did not!

The most RIDICULOUS EXCUSE that I’ve heard since that time – for all of this “why we all did not ascend” non-sense – is that it was actually OUR FAULT!

And, if you haven’t noticed…, this is RULE NUMBER ONE when it comes to the SATANIC WORLD ORDEER and their “talking points”.

Everything bad that happens on Earth…, is always “our fault”!

They shift the BLAME for their Agenda and their Crimes onto the very people they are cheating!

Even the Catholic Church has been selling the LIE…, (for two thousand years…,) that from the very MOMEMT we are born…, we are all sinners…, and therefore our problems are OUR FAULT!

Let me ask you this however:

IF THERE REALLY WERE ASCENDED MASTERS…, LIVING IN THE COSMOS WHO COULD MANIPULATE TIME AND SPACE…, AND WHO HAVE THE POWER OVER CREATION TO ENGAGE IN CELESTIAL MECHANICS…, THEN DON’T YOU THINK THEY COULD HAVE TAKEN CARE OF A FEW MILLION SATANISTS IF THEY REALLY WANTED TO ??

All I can say is that people have got to grow up here!

It is the very same as those people who “claim” that those beings that are living in the “underground” are somehow very “spiritual” and “loving” and “technologically advanced” – when these VERY SAME BEINGS have sat on their asses and DONE NOTHING to assist the helpless and the down trodden on the surface of our planet for thousands and thousands of years!

All I can say is – it is time to STOP believing in SANTA CLAUS…, and look at what is happening here with LOGIC!

Logically…, there is NO ASCENSION…, and NEVER WAS GOING TO BE AN ASCENSION!

It was a ploy to program the best men and women on Earth to “stand down” and “do nothing” while the Satanist/Luciferian Cabal took over the entire world!

Think on these things…..

THE “TRUTH” ABOUT BUILDERS

I see your point, for sure. But this is certainly a contentious issue and far from settled even with your firmly stated hypothesis. I’m confounded here in two different ways…

1) What if the “Ascension” (cosmic DNA upgrade, shift to 4th or some say 5th density, galactic shift into the astrological Age of Aquarius)… choose your terminology, was put on pause by those who are helping humanity “evolve” due to the fact that we simply have not yet reached the critical mass of awareness required to “elevate” humanity??

We cannot possibly defeat the darkness with our weak faith and dim spiritual capacity!! More souls need to be onboarded or “awakened”. This is transformational work. It is also the message of Q and “The Great Awakening”. This brings me to point number…

2) If people need to “grow up here!”, and “STOP believing in SANTA CLAUS” and get off the sidelines doing nothing… Then why, pray tell, should we “Trust The Plan”???? Is this yet another GREAT CON?? What the Fv*<K should we actually be DOING NOW??? (besides "grabbing our popcorn" as so many are fond of suggesting… BLECH, spare me!!!)

What if The "Ascended Masters", despite all their power, are not able to take care of "a FEW MILLION SATINISTS" without the complete freewill consent of the majority of this planet's incarnate inhabitants??

I totally agree with your point that judgment is not only welcomed but encouraged and that the New Age movement was completely manufactured. But good people have explored the greater truths of the scraps we've been given. And with your blanket disregard, you're possibly throwing out some of these hard-fought vital truths.

Bradley Loves You
Reply to  EricDean

Thank you my friend for telling it like you see it!

Far too many people are politically correct! I have to say that many people get emotional about what they believe…, but then post comments that only call names and smear…, without even SAYING why they believe what they do!

I have always maintained that I will post ANY comment that is well thought out, logical, and carries on honest debate…, even if it is directly oppisite to what I post!

I do delete many posts from people who only want to call names…, so you are way above the average.

Now…, If you’d like to “engage” in a brainstorming sort of back and forth…, I’d welcome that…, but before we do…, let me tell you that I use LOGIC far beyond what most do.

I, like Donald Trump, am a BUILDER. Builders face many problems on a daily basis and learn how to move around them to get things done!

See today’s post…, and I will lay out some things for you!

Yes you are right Brad, ..but being objective…same thing applies to Jesus and the so-called “Almighty God” who is “everywhere”. We are having exactly the same problem of “why the hell do they allow all this shit to happen?”. Are they not powerful enough to finish all evil once and for all?

Hello Monday! The week starts with some common sense and a call to wake up World!! Thanks for pointing out what people are not willing to see. Keep it Coming!!!