LOOK PEOPLE, YOU MAY NOT GET MANY MORE WARNINGS DUE TO THE LEVEL OF CENSORSHIP THAT IS NOW ON-GOING…

I have written about this several times already.  My warnings, and the warnings of others seem to be falling upon “deaf ears” however!

You should (yes should) be very concerned about this because it is leading to something you can’t imagine.

Satanism is being rolled out and put FRONT AND CENTER in our world under the fake or false pretense that all Satanic Idols are merely forms of ART!

Anyone who uses this (FAKE) excuse to push Satanic Idols into the public domain is in on it!

See this from Leo Zagami: 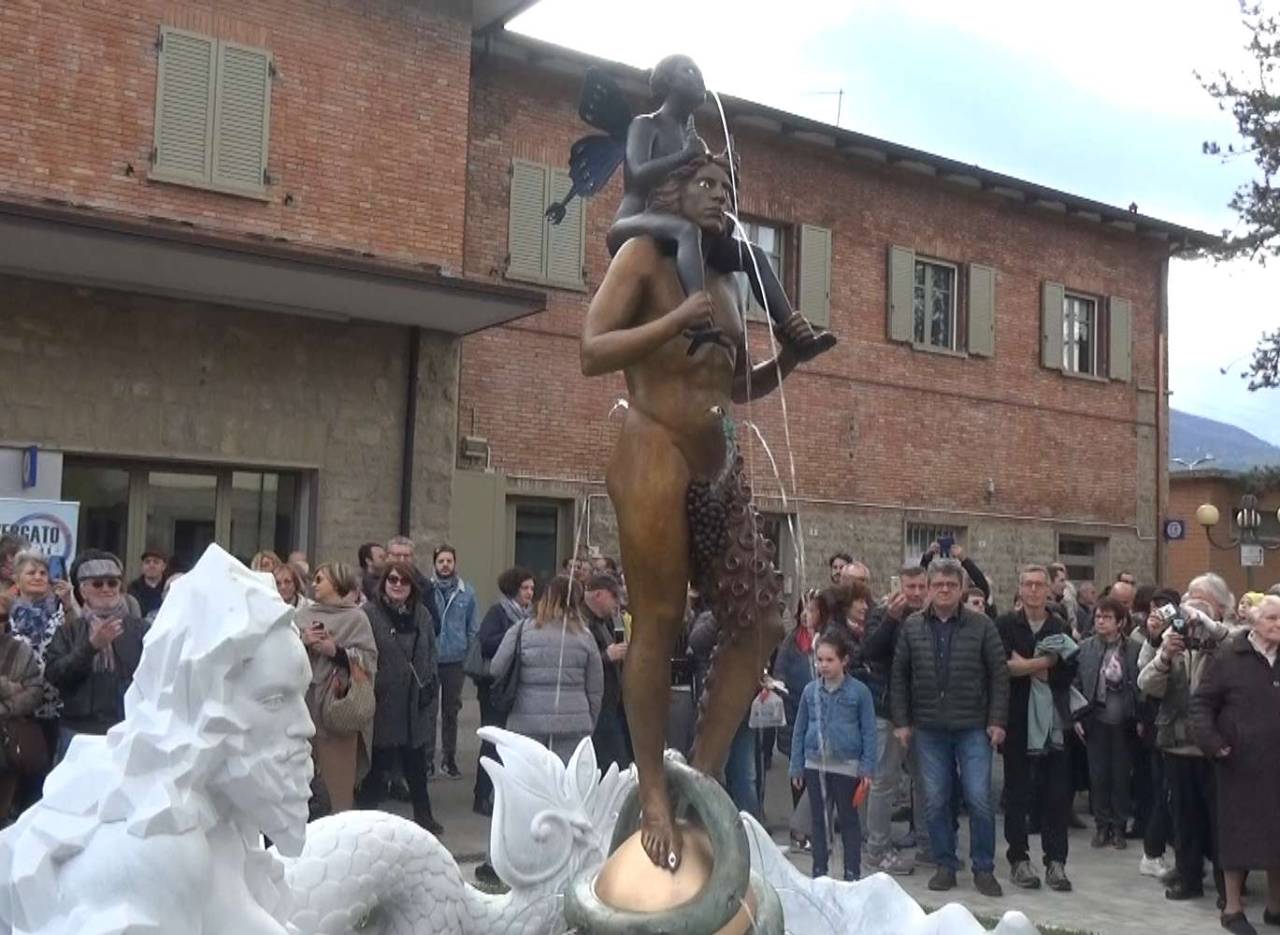 Controversy over the creation of a Satanic fountain in Northern Italy

The image is of a “naked horned man” with a fully erect penis that is carrying a naked boy on his shoulders!   The “symbolism” of this image is perfectly clear!

THIS STATUE IS CELEBRATING PEDOPHILIA AND BLACK MAGIC IN A PUBLIC SQUARE!!

Insanely…, the “Mayor” of the town – who allowed it to be put there – claimed that the Statue represented a nearby river…, and was “interpretive ART” and nothing more!

It can only be assumed that the Mayor is a Satanist!

THIS IS HOW SATANISM WILL BE SHOVED DOWN EVERYONES THOATS PEOPLE…, AND WHY IF YOU SAY ANYTHING ABOUT IT…, YOU WILL BE RIDICULED.

However…, we can not afford to be silenced at this time because the stakes are far too high!  We must speak out in unison!

BEING RIGHT…, NEVER GETS OLD YOU KNOW!

IS IT REALLY “ART” ? OR, IS THIS JUST WHAT WE ARE BEING TOLD?

Furthermore…, I WROTE THIS LONG ARTICLE, with lots and lots of pictures about “SATAN’S COMING OUT PARTY” eight days earlier on December 10, 2018!

SATANISM’S “NOT SO SUCCESSFUL” COMING OUT PARTY

Both of these “posts” should have gone VIRAL!  Instead…, they barely got read by readers even on MY BLOG!

Here is the real problem my friends.    “WE” can’t afford to be timid and tip toe around these SATANISTS who are acting like bullies on the school playground.

Yes…, they are name calling and ridiculing anyone who challanges them.  They are calling you a HATER and a RACIST anytime you go against their agenda!!

ITS ALL AN “ACT” PEOPLE.   THEY ARE ACTING LIKE THIS IN ORDER TO GET YOU TO STAND DOWN!!

Bullies know that if they use enough intimidation…, then they can literally PUSH and BULLY SATANISM onto the masses as a completely legitimate religion.

But it won’t stop there!  No that is only the beginning!!

If WE do not act to put a stop to this…, then there will come a day when SATANISM will be the ONLY RELIGION ALLOWED!

That is where this is all leading!

You will either worship SATAN…, or you will not be allowed to worship at all!

GET A CLUE PEOPLE…, “OBSERVE” EXACTLY HOW THEY OPERATE….

PULL YOUR HEADS OUT OF THE SAND FOR JUST ONE BLASTED MOMENT….

The very same people who are actively censoring all Christians and Conservatives as we speak – are the very same ones pushing Satanism!

Observe what they are doing with FREE SPEECH!

They are basically showing you out in the open all of their METHODS!

Anyone who does not share their opinions or point of view – GETS BANNED!    No ideas or opinions will be allowed ANYWHERE…, but theirs eventually.

I’m not making this up…, it’s happening as we speak!

Observe what they are doing with the second amendment in trying to TAKE AWAY YOUR GUNS!

NOW EXTRAPOLATE INTO THE FUTURE….

These very same people…, (LIBERALS/DEMOCRATS/GLOBALISTS) are going to soon be pushing the “opinion” that Satanism is the correct ideaology and that anyone who disagrees with this will be BANNED, CENSORED, RIDICULED, and SHUT DOWN for being a “hater”!

Furthermore…, they will start taking away or getting rid of all other forms of religion or worhsip!

Here is where this is all leading…, and remember YOU’VE BEEN WARNED!!!!

Do you see where all of this is LEADING??    Look down the road a decade or two for crying out loud!   It will be SODDOM and GHOMMORRAH!

You people think that I am JOKING!

You have no idea how bad this can get!   If  you all just continue to do what the NEW AGERS suggest…, and just sit there on your a** and do NOTHING about what these Satanists and Globalists are radically pushing on us…, THEN YOU WILL DESERVE THE HELL ON EARTH THAT GOD WILL SHOW TO YOU!

There is nothing more that I or anyone else will be able to say to you!

YOU WILL DESERVE HELL.

You all have mouths!

SPEAK OUT AND SAY SOMETHING!

Yep, I’m going to speak out and do the least I can. Write and speak about it

Reblogged this on Cracking the cosmic egg and commented:
We are like frogs in a pot with boiling water, so slowly cooked that we don’t notice we are headed towards our downfall.