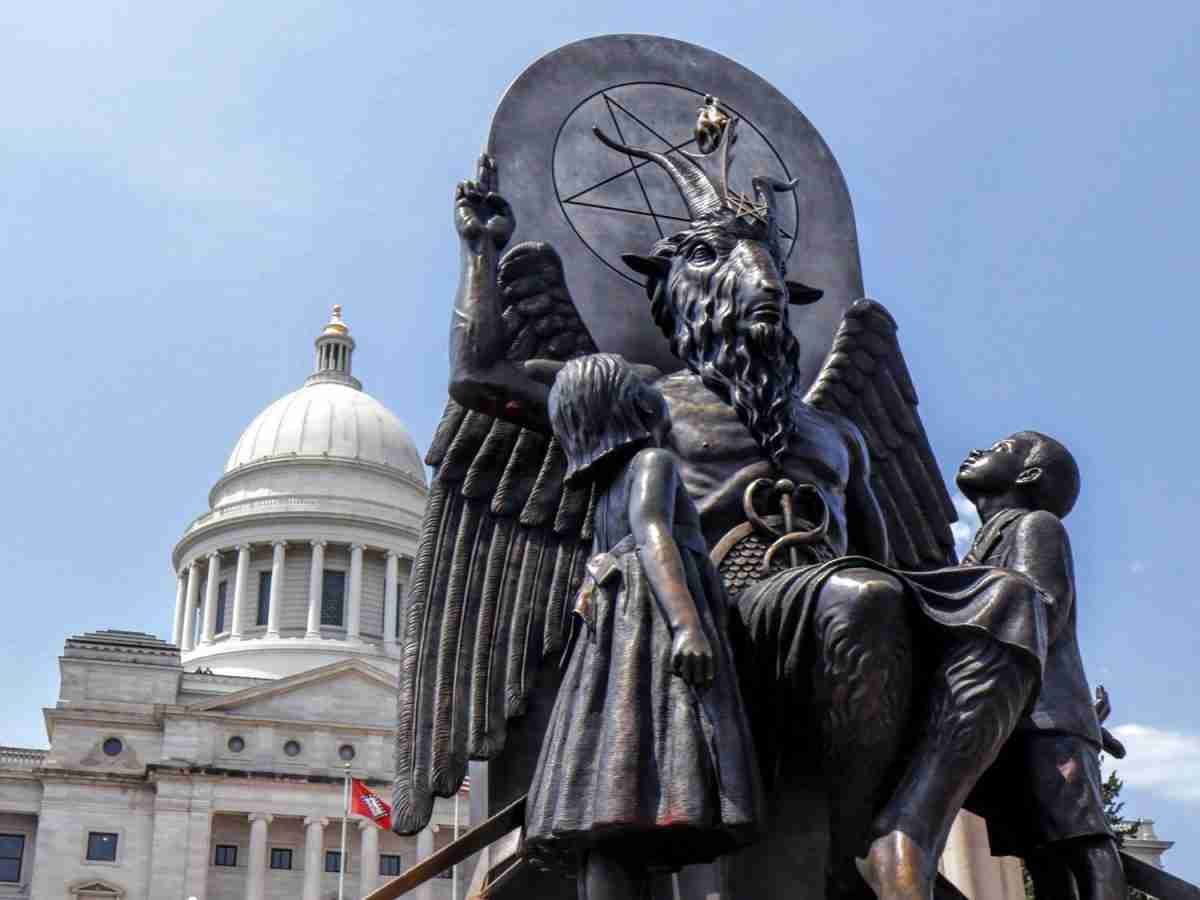 We all live under a completely “managed system”.


There is nowhere that good people can go any longer to get justice – believe me I have tired.

We live in a world of co-opted COWARDS who quake and tremble at the thought of losing a single paycheck or even worse – their job – and so when it comes to telling the truth and to being honest and doing the right thing – they simply take a pass and do what is in their OWN BEST INTEREST.

(That by the way is the definition of Satanic). 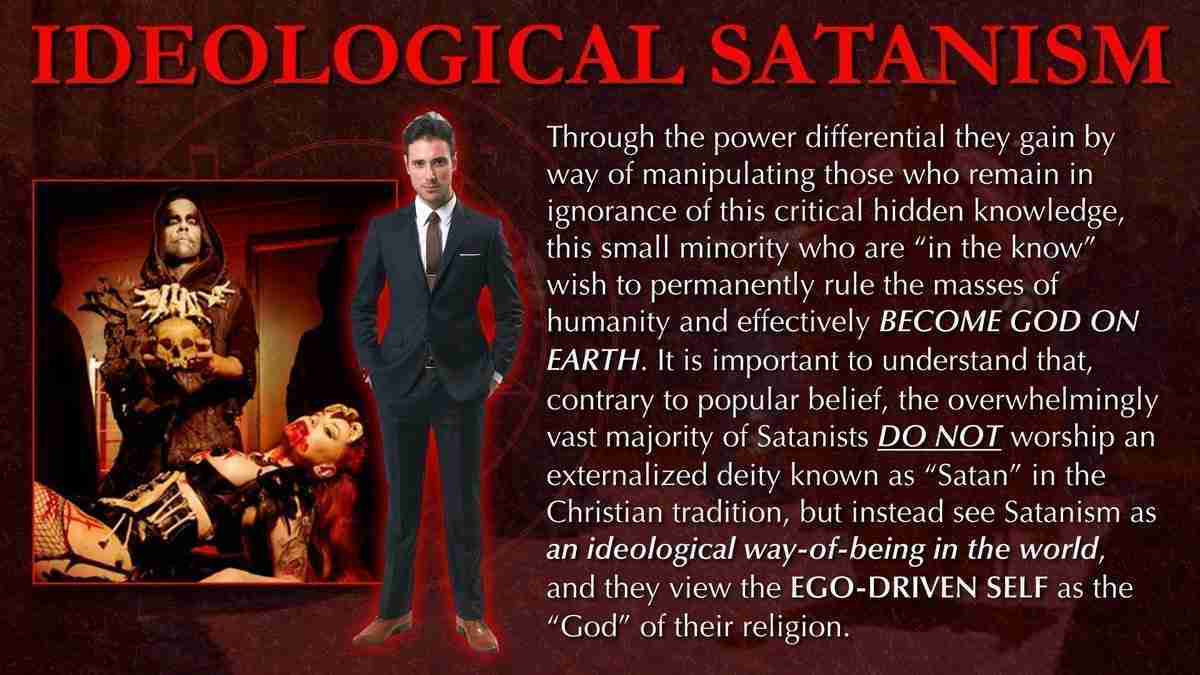 People are so “used to” lying, hiding facts, and keeping secrets these days and are so used to looking the other way when lies are told to them (well that’s just the way we do things) that they don’t even recognize the complete lack of godliness in what they are doing or in what the people around them are doing.

There is NO MORAL OUTRAGE at the constant infractions we see daily against ethics, honesty, and decency!  And thus no one takes any action against it to put it right.


Therefore – and this is not rocket science – whether they want to admit it or not – most people living on Earth are in FULL SUPPORT and in FULL COMPLICITY of the “managed system”.

This means (in short) that they have turned AWAY from GOD – and are now in full support of LUCIFER (whether they want to admit it or not!)

I have tried (unsuccessfully) to get this simple and very pertinent point across to my readers – but there is a huge push back against hearing this SIMPLE AND OBVIOUS TRUTH.

Because every adult on the planet has participated to some extent – either to a greater or lessor extent to the continuation and the growth of this very evil SATANIC SYSTEM.  (They helped to create it)


Furthermore – not a single man or woman out there – save a very few – have the courage to stand up at this point in time – and call a spade a spade – and ADMIT that what they have been supporting for so many decades is a SATANIC SYSTEM.

This goes double for the countless millions of men and women around the world who think of themselves as “Good Christians”.

These people most especially REFUSE to admit and to come to grips with the fact that “CORPORATIONS” – which their own “churches” have recently become (501-C3 Corporations) are SATANIC at their very core – because they “support” the entire world wide Corporate System – which is a Satanic System created by Luciferians – FOR LUCIFER’S FINAL TAKEOVER OF THE EARTH.


Could the “mental disconnect” be that over whelming you might ask? – Could it be that pervasive and all encompassing that a whole world can’t see it when it right in front of their faces??   YEP – it could be and it IS!

GOD DID NOT CREATE “CORPORATIONS” – LUCIFER DID


Barack Obama and his husband –“big Mike” – did not work so incredibly hard at creating a WORLD WIDE CORPORATE SYSTEM to take over all Governments for no reason at all – especially since “big Mike” is a Satanist.

Now as honest as big Mike is here in full view of everyone watching him – no one else in the world wants to point the finger at THEMSELVES – and take the BLAME for supporting this Satanic Corporate System!


The fact that you did not KNOW it was a Satanic System is beside the point – because you do KNOW it now – and yet no one is running away from it. No one is vomiting over the fact that they support and work within Corporations all over the world!

Your entire lives are so entrenched inside of this system – that instead of pulling back all of your support and running back to GOD our loving Father with tears of repentance in your eyes – you are trying to “FIX” this system that was designed by Lucifer himself so that he could in fact take over the entire world – and you are somehow trying to make it suit you – when SATAN is far smarter than all of you put together.

This means that you can NOT USE:

…or any other part of Satan’s own System – up to and INCLUDING THE POLICE (which are Corporate) to take HIM out!

The ONLY WAY – is the military – which is not Corporate – and which does not follow the laws and rules of Corporations.  (That is assuming there are still men and women who LOVE GOD inside of the Military.)

You can NOT take HIS SYSTEM – and turn it around to make it GODLY – his design will not allow for it.

NOT POSSIBLE – YOU MUST INSTEAD ABANDON IT TOTALLY!

Yet as we speak, billions of people are just sitting in their homes with glazed over eye balls and are literally helpless to move now that they are finally seeing the TRUTH of what was a Luciferian System all along.  This “system” was designed to take over their entire lives and then (if necessary) kill them off in mass.


Oh – and what pray tell do we see happening in the world as we speak?  Oh yea – the “managed system” is killing them off in mass.

No one wants to hear that all of their lives – they have participated in helping to create this “Satanic System” and have done plenty in their very own lives to turn away from Graft and Corruption as long as their own jobs and their own paychecks were not in jeopardy.  CHRISTIANS INCLUDED!


As I sit watching the entire “GREAT RESET” unfold (and I’m not talking about the same “reset” you think) – what is painfully obvious to me is how little the common man and woman actually knows.

The Great Reset – is being done by and for the Banking System.  This is a “system” that I have repeatedly called SATANIC in almost every single article I’ve ever written.

If you doubt that – then please read these THREE articles – they have been up on my blog for almost five full years!

Because no one listens and no one apparently wants to learn anything – (five years and almost 5,000 articles later) no one cares about what I write – then sadly – most of them will end up dead.

What we’ve got here is a total failure to communicate.

If – instead of working so very hard to make even more money – if people had only worked equally as hard to discover exactly WHAT money is – then they would have learned that there is no such thing as money – and that we live in a DEBT based system created by and for the BANKS and those who own them.


All we do is transfer DEBT around from one person to another in the form of DEBT NOTES.  Every single dollar around the world is a debt note. 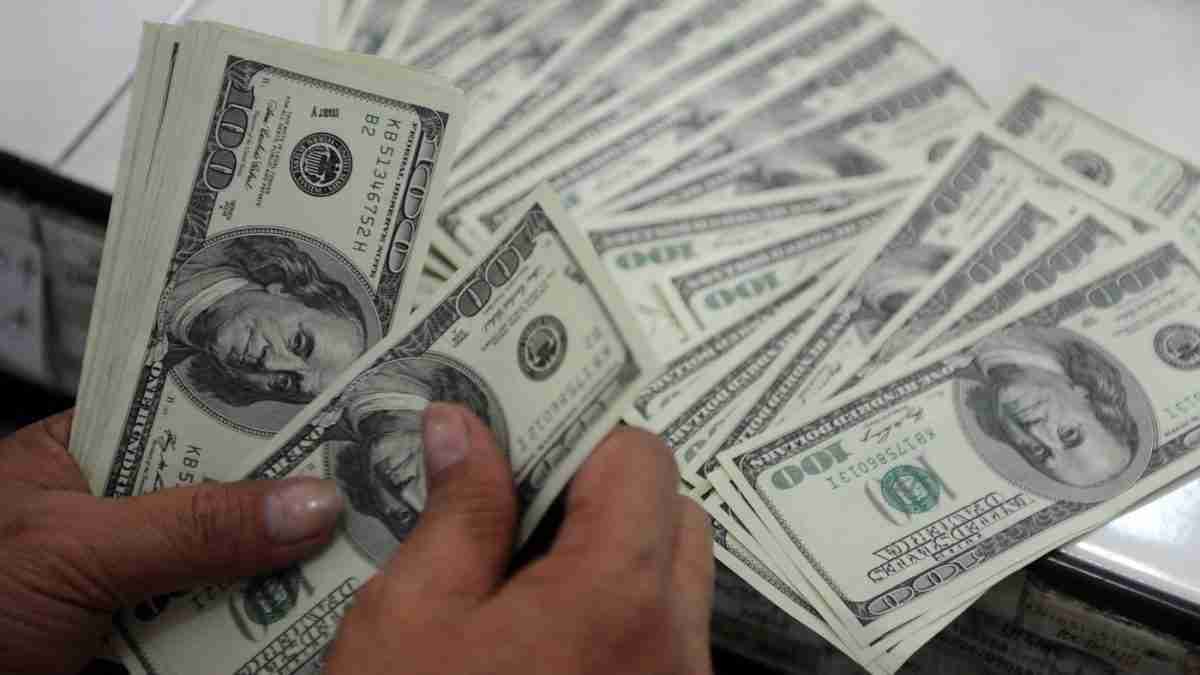 Our money system is nothing more than a PONZI SCHEME – that steals REAL VALUE from the common people all over the world – and then gives them worthless paper DEBT NOTES in exchange for all of their real wealth.  In this way – those who work for the Satanic System can “steal” every single thing of value in exchange for absolutely NOTHING.


Why pray tell – are you people DEFENDING the BANKING SYSTEM? – A system that was designed by Satan himself?

The way that THE GREAT RESET works is that DEBT is allowed to grow and to accumulate for roughly 100 years of time – and then the Banksters use either a major WORLD WIDE WAR – or a WORLD WIDE PANDEMIC (or both)  to kill off most of the Banks primary creditors – WE THE PEOPLE.


Once their primary creditors are dead – they don’t have to pay back the trillions and quadrillions of dollars that they STOLE FROM THEM AND THEIR FAMILIES.

You see – the BANKS owe not just billions, not just trillions, but literally quadrillions of dollars to every man, woman, and child living on the earth.  They (The World’s Elites) can not possibly pay this back – and so the GREAT RESET is all about killing the very people that the Banks owe all of that money too.

Now – if you think this is impossible and could never happen – they have done this all BEFORE!

There is SO MUCH TRUTH – in this video clip below (Taken from THE MATRIX RELOADED) – that you just can’t comprehend it.  The “ANOMALY” that he speaks about is not just “choice” but is more precisely “TRUTH”.

The architect of the real Matrix of our world (The Bankster’s) job is to first control us all through BLACK MAGIC and SATANISM – and then to get RID OF the anomaly of TRUTH SEEKERS all across the world who will just not accept their Satanic Programing no matter what.  Thus they perform the GREAT RESET every 100 years or so – and in real life they KILL ALMOST EVERYONE OFF.  Which is why he says in the movie – this is the “sixth time” we have done it.

The last pandemic – the Spanish flu – killed huge swaths of the American Populations and many others around the world – the year was 1918.

Spanish flu, also known as the Great Influenza epidemic or the 1918 influenza pandemic, was an exceptionally deadly global influenza pandemic caused by the H1N1 influenza A virus. The earliest documented case was March 1918 in Kansas, United States, with further cases recorded in France, Germany and the United Kingdom in April. Two years later, nearly a third of the global population, or an estimated 500 million people, had been infected in four successive waves. Estimates of deaths range from 17.4 million to 100 million, with an accepted general range of 25–50 million, making it one of the deadliest pandemics in human history.

My guess is that far MORE people died in those few years than were actually admitted to – and all of these people were the BANKS “primary creditors” – who once they were dead – did not need to be paid back and so the BANKS could simply “write off” all of these DEBTS and “start over again” – by stealing and pillaging people’s REAL WEALTH for the ELITES of the world – thus it is was called at that time – THE GREAT RESET!

They could now issue more – WORTHLESS CURRENCY – all over the world because most of their DEBT had been erased.

YOU THINK I’M JOKING DON’T YOU!

Do you want to know why you just can’t believe me?  Because every single one of you are so intertwined with the SATANIC SYSTEM – and have helped to support it all of your lives – that you will NEVER ADMIT your own complicity with that system – a system whose whole goal the entire time was to eventually kill you all off in a massive execution event known as – THE GREAT RESET.

Even as I write this – there are few – if any – who will REPENT and come back to GOD our loving Father – and admit that they did indeed – for their entire lives – turn away from him and give their support a “managed system” that took advantage of innocent people and hurt them endlessly.

Whether you worked in THE BANKS, THE COURTS, THE GOVERNMENTS, THE AGENCIES – you – yes you were working for and within the “SATANIC CORPORATE SYSTEM” which was designed by LUCIFER HIMSELF for one reason only – and that was to manage humanity – and to eventually kill them all in a MASSIVE DEPOPULATION EVENT.

I have only one thing to say:

WELCOME TO THE WORLD/DESERT OF THE REAL “NEO”…

You are finally at a point where you can see what has been done and has been planned for you all along.  I wonder if turning away from GODS LAWS was such a good idea?

PUBLIC NOTICE – THIS AGREEMENT IS STILL IN EFFECT

SO, YOU THINK I’M JOKING ABOUT CORPORATIONS BEING SATANIC