STRING THEORY AND THE POSSIBILITY OF POSSIBILITIES – PART FOUR 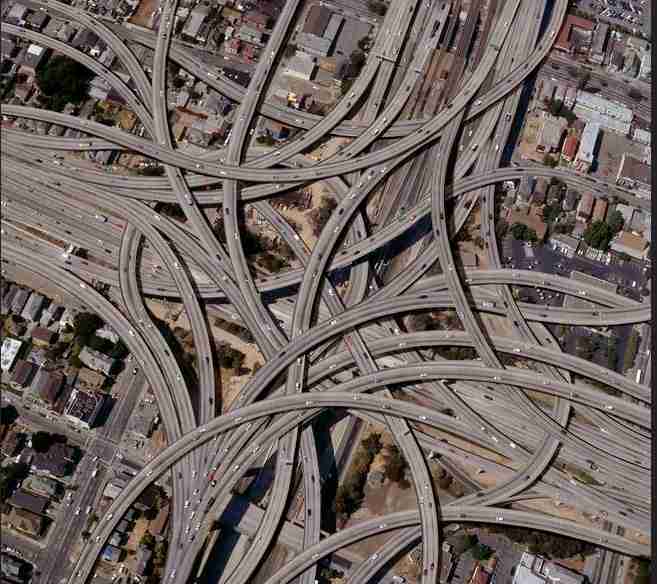 Getting lost in the world of “choices” and “possible choices” is like driving on a freeway without a map.  You will most certainly end up somewhere, but whether or not your destination is to your liking is another matter entirely.

Navigating the world of Freewill, is almost exactly the same.  You really are free to choose (for yourself) anything that you want, but once you choose (or refuse to choose – which is making a choice to accept what is in front of you) – you will be STUCK with the consequences of that choice.

But, their own actions betray them and show them to be liars.

They would not be spending billions of dollars and buying up the entire Entertainment Industry, Hollywood, and the Music Industry, as well as purchase every single media outlet in the entire world UNLESS your “choices” did in fact matter (and matter a whole lot).

They claim that “choice” is merely an illusion and does not matter and we are all subject to causality – but why then would they spend billions and billions of dollars each year working so very hard to INFLUENCE your choices and decisions if “your choices” did not matter, and there was no such thing as freewill?

The truth of the matter is that these psychopaths (that’s putting in nicely) do realize this all too well, but are doing everything they can do to hide this from you, and then LIE about it.


In fact, behind your back and behind the scenes THEY have been using LOOKING GLASS TECHNOLOGY – which is a Star Gate turned flat like a table so that they could “view” potential outcomes of choices  (because choices DO MATTER)


In fact, CONTRARY to what they have told you (which is nothing but lies) our choices matter so much, and are so vital to what happens inside of reality – that they are constantly running WORLD WIDE COMPUTER SIMULATIONS (Night and Day) just to view the outcomes of all possible choices in order to see which reality might get manifested and if they can then “steer” that to their advantage.


They are quite literally OBSESSED with what may or may not happen inside of reality – so much so – that they are tracking all potential choices inside of a Super Computer.

And who was the one who told everyone about this?  A long time ago??  I’m sure it was posted somewhere on the web…

Please Read Everything Below:

The ultimate goal envisioned by Alok R. Chaturvedi on March 10, 2006 was for SWS to be a “continuously running, continually updated mirror model of the real world that can be used to predict and evaluate future events and courses of action.

SWS will react to actual events that occur anywhere in the world and incorporate newly sensed data (into the simulation) from the real world in real time.

Now I wonder WHY something like this would be important?

Haven’t the elite told us all that OUR CHOICES do not matter?  Haven’t they said that FREEWILL is not important?  If so – then why worry about and pay so much for something as preposterous as this?

Don’t you think that THIS would cost an immense amount of money to run day and night forever?

SO, THE ONLY THING THAT YOU SHOULD BE ASKING  YOURSELF AT THIS POINT IS:

WHY ARE THEY SO OBSESSED WITH THE CHOICES WE MAKE…

WHY ARE THEY SO DESPERATE TO HACK US SO THAT WE NO LONGER HAVE “FREEWILL” ??

WE ARE ALL CREATOR BEINGS, AND THE CHOICES WE MAKE ACTUALLY CREATE THE REALITY AROUND US…

Can you say “TERRIFIED OF THE MASSES” learning about their own real power?

I know I can say that.

STRING THEORY-AND THE POSSIBILITY OF POSSIBILITIES

If you agree with what you just read and watched, please buy me a coffee !

STRING THEORY AND THE POSSIBILITY OF POSSIBILITIES – PART FIVE