STRING THEORY AND THE POSSIBILITY OF POSSIBILITIES – PART SIX 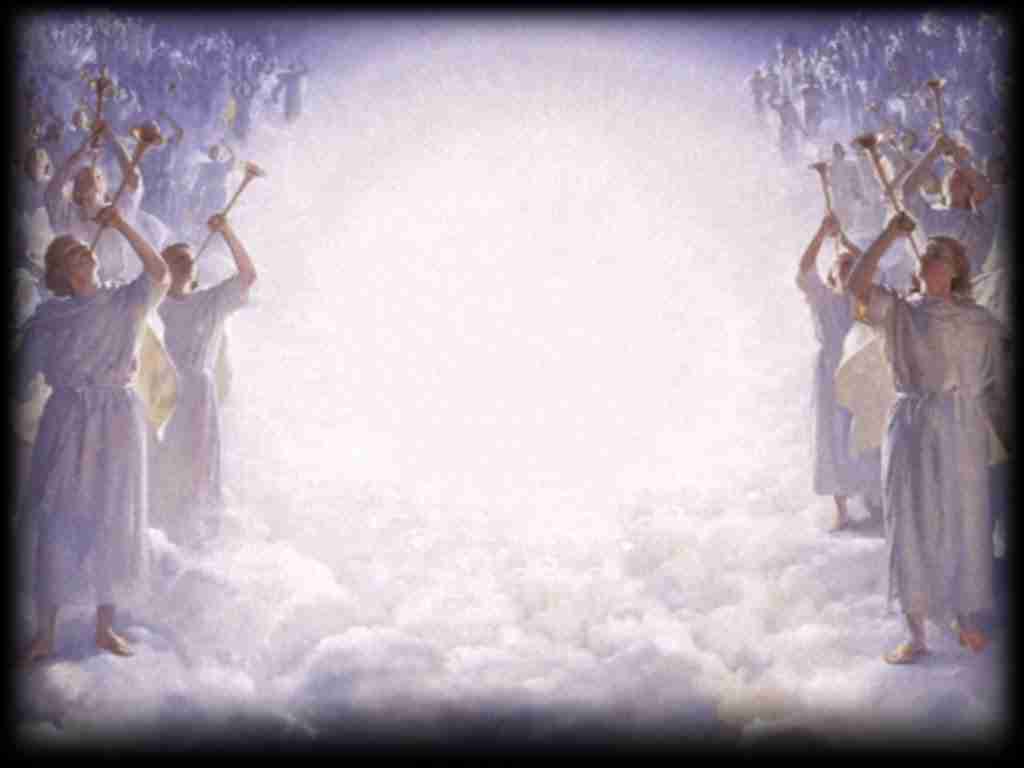 WE ARE GODS HOLY ANGELS – WE ARE CREATOR BEINGS

We are powerful beyond imagination, and yet we have been tormented and worked to death by “extremely negative beings” who are part of a very dark agenda here on Earth!

Living inside of the human body is the greatest “con” that there is.  It is the unnatural hiding of our true selves under the physical wrappings of darkness, only so that those who would use us for their own agenda can play their sick game of control.

Those who would “use us” are not Angels.  They are not holy.  They do not love.

They are a part of GODS CREATION – but are regressives and rogues.  They do not want LIFE to exist.  They worship DEATH instead.  They have set themselves against GOD, and are at WAR with HIM and his creation.

They are cunning, cruel, and have no sympathy, empathy, or feelings other than greed, lust, and hate.  They are the classic example of what the Ancient World called:  THE DEMONIC 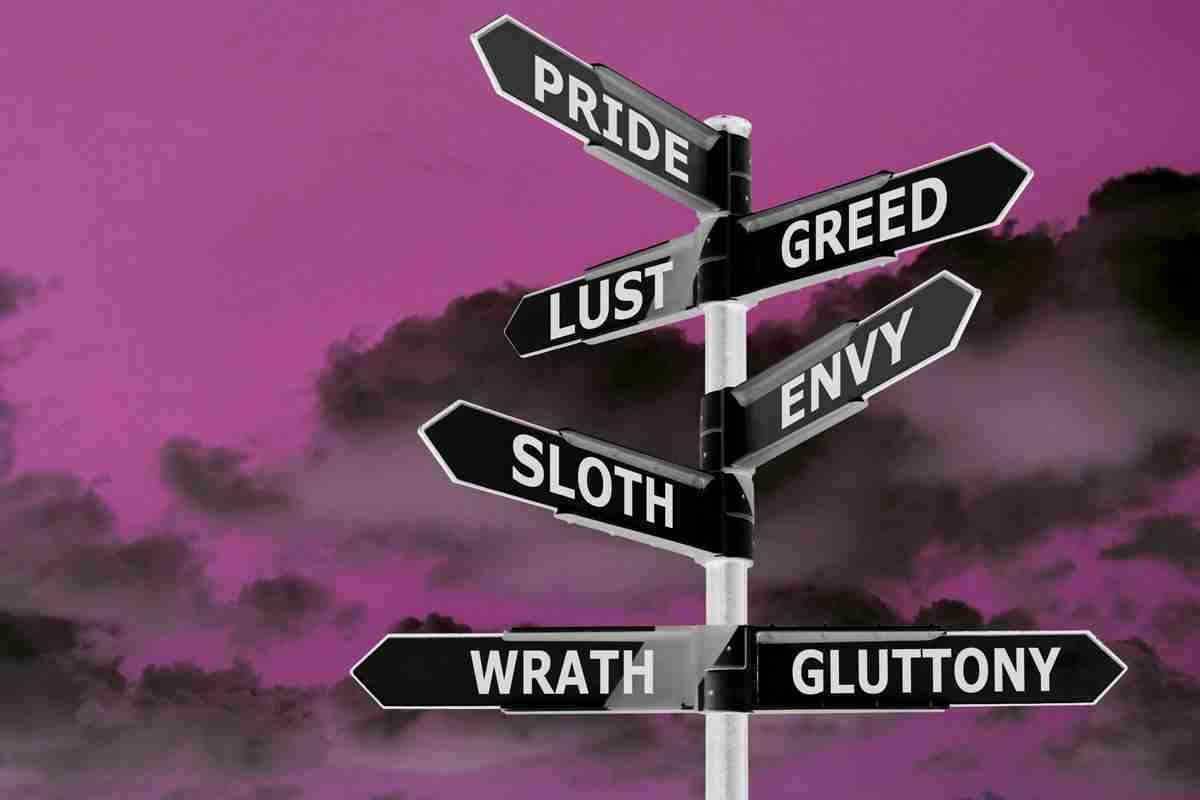 They come from the underworlds of darkness and they think they know “better” how creation should be organized and how beings should be allowed to exist.  They do not love GOD, and they do not love human beings.

We are currently living in a WORLD where darkness is desperately trying to take over and control it all.  The dark ones are working very hard to “teach” the rest of us that greed, lust, pride, sloth, and envy are GOOD THINGS.


And, very sadly, so many Americans and other formerly “Angelic” souls around the world took those “false teachings” and ran with them because they “forgot” who they were – and did not see the EVIL in what they were being told. 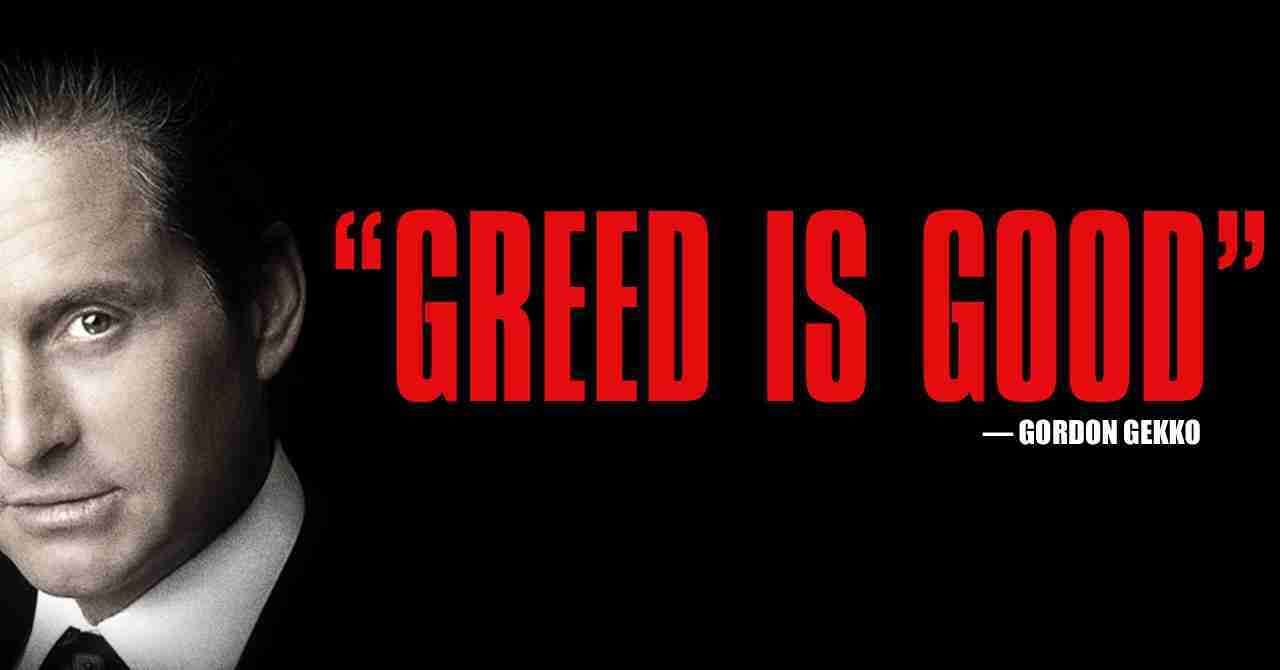 Gordon “GEKKO” was the epitome of what the dark was trying to teach us from their Hollywood pulpit – namely that GREED was a very good thing – and if you look closer – you’ll find that a GEKKO – is basically a reptile.

Naming the character in the movie WALLSTREET – Gordon “Gekko” was not an accident because the thought forms, the ideas, and the beliefs that he was espousing were very Reptilian in nature. 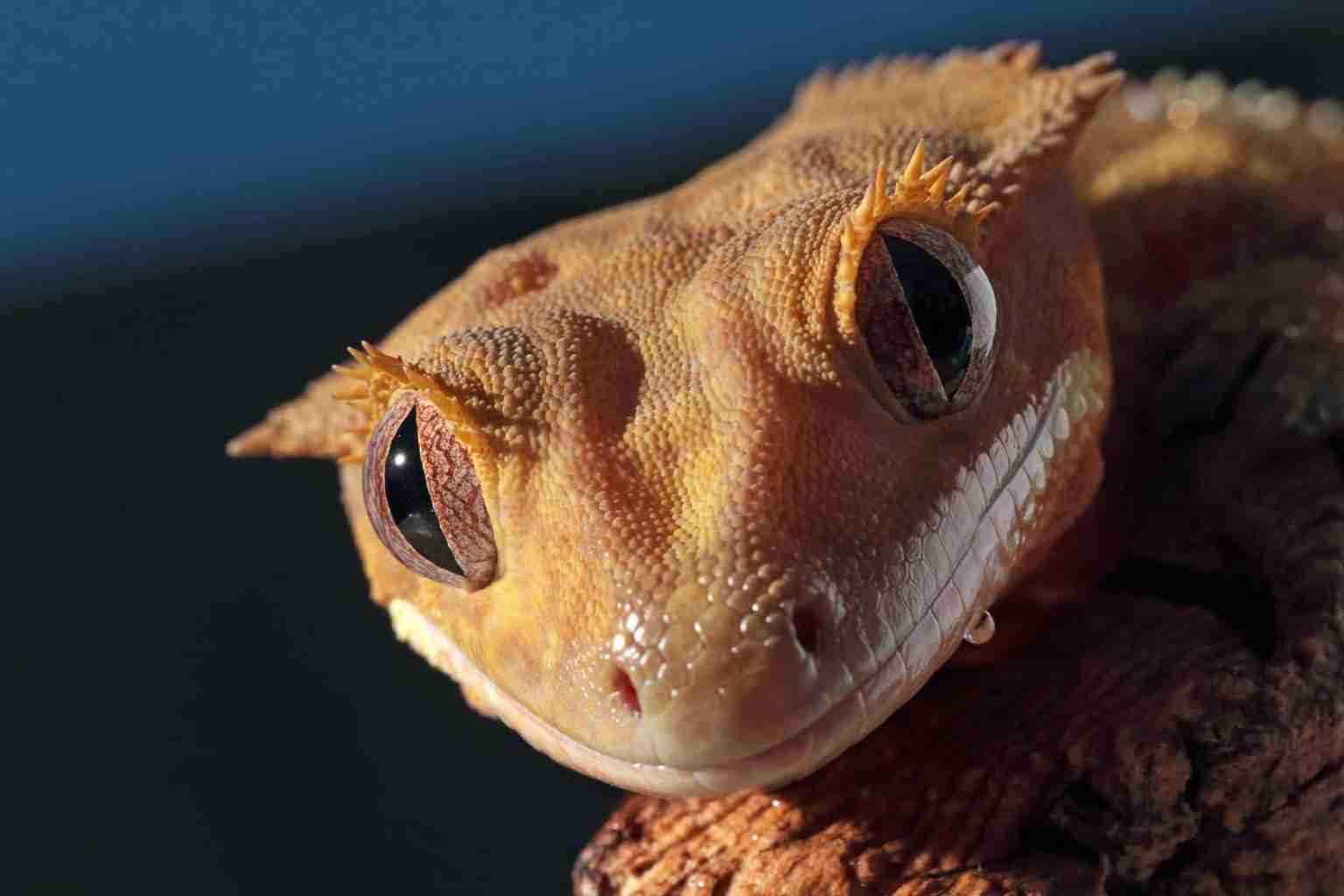 Every single one of us have a role to play in what takes place here on Earth and what ultimately happens.  And, when we STUPIDLY join up with the dark side and believe, act, and behave like they do – then we become the unwitting dupes who are helping them to create an enslaved world and an enslaved reality.

No one alive will be unaffected, or be without responsibility for what is getting created here on the Earth if it all goes bad.


PEOPLE ARE WILLING TO GO TOWARD THE DARK BECAUSE THEY HAVE FORGOTTEN WHO THEY REALLY ARE – THEY HAVE ALSO FORGOTTEN GOD AND HIS LAWS WHICH WERE PUT IN PLACE TO “PROTECT” US.

MAN is not GOD.   Only GODS LAWS are perfect and protect us all. Mans Laws are only there to create profit and benefit for the few and the rich. Anyone who follows man’s laws is a servant of Lucifer – and ultimately a servant of DEATH. If you serve the LORD GOD – then you are obligated (as Jesus was) to deny and to not follow the foolish laws of men.

Over the last 100 years, these “other beings” and their allies – those who work with them, have worked very, very hard to convince everyone on Earth that GOD does not exist.  They have done this so that “MAN” (read demonically controlled souls) could make the LAWS instead of GOD.

This agenda CHANGED the “trajectory” of  the souls living here on the Earth and the main Time-Line that we were all living in from something “good” to something very “evil”.

It changed the “frequency” of the Earth due to the thought forms, ideas, beliefs, and behaviors that human beings were now putting out into the ethers such that STABLE PATTERNS that were “life giving” were no longer being created by all of us – but instead UNSTABLE and DISTORTED PATTERNS were being created which were weak and “life threatening” to all of us.

They were attempting to rearrange the “matter” inside of the HOLOGRAM with the great power of our “minds” such that we were forced on a downward spiral that was IN FACT creating a new reality of Enslavement and Darkness that did not exist here before. 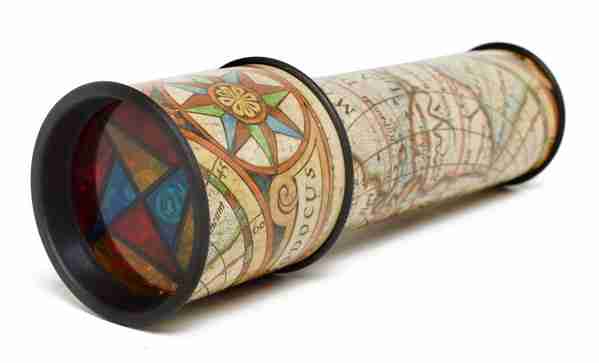 Just like turning or tuning the drum on a Kaleidoscope, all of the “matter” inside the viewing screen fell into new positions such that the PATTERN that we were once looking at as REALITY – was changed into a totally different and far more distorted and deadly PATTERN.

GOD IS NOT HAPPY – BUT GOD WILL NEVER FORCE US TO CHOOSE WHAT HE PREFERS.  HE GAVE US ALL FREEWILL.

But if we use our freewill to destroy ourselves and others – Then HE will not take away the consequences of those actions.  Instead HE will allow us all to experience the extreme outcomes of those WRONG CHOICES even if many people start to die – as in the case of COVID -19 – and the millions who are now dying world wide as a result.

AND IF WE STRAY “TOO FAR” FROM HIS DIVINE PLAN – we could very literally be throwing away our own souls and eternal existence for mere bits and babbles of fleeting luxury which will end because the world of the physical is temporary and ever changing.

Just like a particular design or pattern inside of the Kaleidoscope – the reality that you are currently viewing only lasts as long as the particular “frequency” that is the creating the pattern remains HARMONICALLY STABLE and does not change. 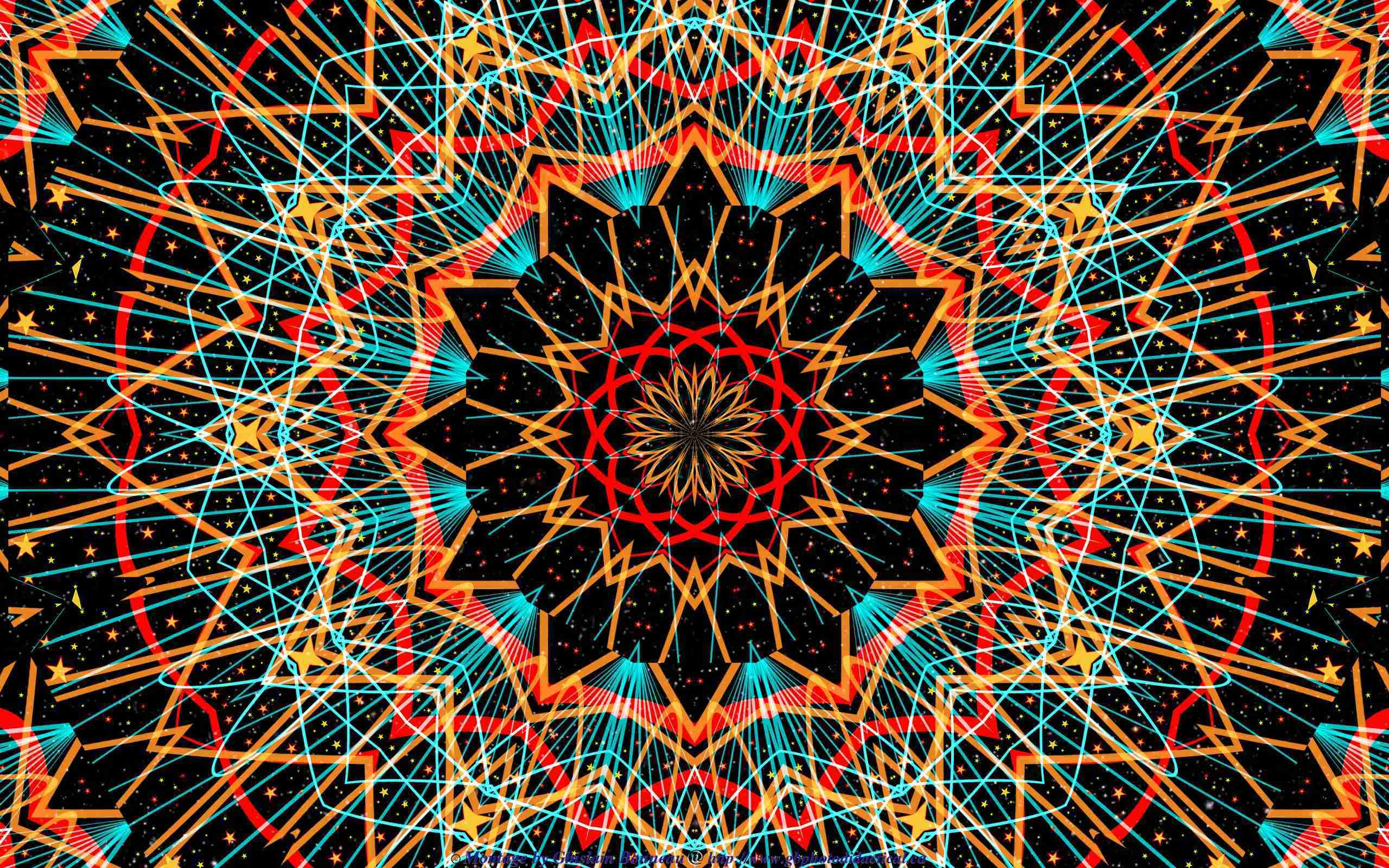 ONLY THE LORD GOD OF ALL CREATION IS DEPENDABLE  – AND ONLY HE CREATES A STABLE PATTERN THAT WILL NEVER CHANGE OR VARY BECAUSE IT IS HE WHO SAYS SO – AND HIS PROMISE CAN NOT BE ALTERED.

This is what Jesus said while he was here among us.  Jesus was right.  Only GOD is good, because only GOD can be depended on and trusted to never vary, never alter, and never change simply because someone is doing something that he does not approve of.

If HE did change or alter – then the entire Universe could END INSTANTLY!


On the other hand – every other being in creation will indeed CHANGE their mind, their emotions, and thus their “frequency” – the very moment they perceive danger, harm, or insult.  Once they do change – the patterns around them change instantly and many times in ways that damage, hurt, and even destroy others.


Therefore “GREED” is not good!  And not only is greed far from good – it is one of the most destructive frequencies here on the Earth because it creates unstable and distorted patterns which then cause great harm, disruption, disease, damage, and even DEATH.

Thanks but NO THANKS Hollywood and Gordon “Reptile” Gekko…, we can see through your Magic Spell, and see right through your deceit.  GREED IS NOT GOOD!

If you are going to be a CREATOR BEING – then act like one.  Remember who you are – and stop “creating” misery, pain, suffering, greed, corruption, distortion, destruction, and yes even DEATH.

Realize there are rules even for Creator Beings to follow – they are there to protect everyone.

Please just STOP asking psychopathic idiots who work inside of Luciferian “Think Tanks” – how to make the world a better place – and instead start asking (nicely and with great respect) Gods Volunteer Souls how to make the world a better place because unlike those (so-called men) who work inside of these Luciferian Think Tanks – and who know nothing of the GREAT CREATOR or HIS DIVINE PLAN – the Volunteer Souls who came here actually DO know about the Plan –  and how it all fits together – and how the world can survive.

But you do have to ask them NICELY– because just like GOD – they will never force, nor will they impose their own will upon the rest of you.  However, if you decide to attack them instead of just leaving them alone – they may in fact DEFEND themselves quite substantially – and in ways that you never dreamed were possible.  Remember – THEY don’t have to be here.  They Volunteered.  And, for even coming to a place like this – they deserve GREAT RESPECT.

If you like what you just read please, buy me a coffee !

THE MOST IMPORTANT PODCAST YOU’LL EVER HEAR