THE ASSULT ON TRUMP HAS BECOME A “NATIONAL SECURITY THREAT”

This says it all!

The men and women in the Deep State are in FACT actively creating a National Security Threat for the United States of America!

It is all of the Lame Stream News Anchors who are doing this with their words, while squealing like pigs in front of the American people that other people DO NOT have the “right” to speak freely!

Apparently ONLY THEY DO!

(And why haven’t they been ARRESTED YET) ??? 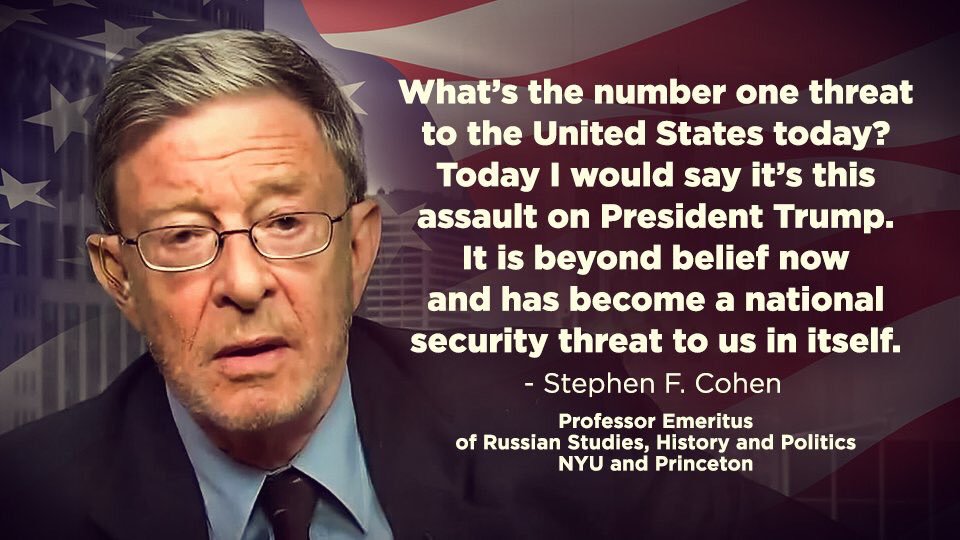 After posting this, just let me add that I DO NOT believe in the “right” to keep secrets!

But SECRECY (believe it or not) has been the CAUSE of this problem.

TRUTH would dissolve this problem and all of our other problems as well!

Another very interesting interview from Liionel with Dr. Jerome Corsi

Trying to connect some dots here after listening to Mark Taylor :

Mark Taylor and several other sources are referring to the fact that there’s going to be a military tribunal to trial ALL those who committed treason ( even with danger that parts of gouvernment will collapse because of it…)
Gauntanamo is being expanded to “host” ALL the tugs !? ( where the military tribunal will be held )

Note the last drops on the other board.
Think logically.
Refer to the last crumbs.
YOU HAVE MORE THAN YOU KNOW.
Do you expect HRC,GS,Hussein, etc. to stand in a PUBLIC courtroom w/potential crooked judges end tainted ‘liberal’ juries ?
How do you defuse a bomb?
Knowledge of which wires/strings to cut?

The knowledge Q’s refering to ( which wires/strings to cut ) = THE EXECUTIVE ORDER OF BLOCKING THE PORPERTY OF PERSONS INVOLVED IN SERIOUS HUMAN TRAFFICKING AND CORRUPTION !
https://www.whitehouse.gov/presidential-actions/executive-order-blocking-property-persons-involved-serious-human-rights-abuse-corruption/

Author of “The Trump Prophecies,” Mark Taylor, predicted Donald Trump would win in 2016 and, after that, “there would be military style tribunals” to prosecute massive crimes in Washington, D.C. With recent revelations of widespread corruption at the FBI and DOJ, are we getting close? Taylor explains, “The whole push right now is people are screaming ‘release the memo, release the memo.’ When you have Congress that has read the memo, and they are saying this is going to be a nuclear bomb, that’s bad. It’s worse than most people would think. I have been on record for the last year and a half saying that when this stuff starts to break, they are going to have to be careful how they handle this because this could take down parts of government. . . . One of the objectives for the ‘Army of God’ is to start praying now because when they serve these arrest warrants and start rounding these people up, there could be some civil unrest. It’s up to us to blaze a trail in the spiritual so it doesn’t manifest in the natural. . . . We are on the precipice or the cusp of all this taking place. When they release that memo . . . I am not saying there will be civil unrest because it’s our job to pray against that stuff, but there could be some hot spots in some areas of the country. We need to be prepared for some of this stuff because we are crossing a threshold in this country where we have never been before. I said a long time ago this is going to go global. It’s not just America that is involved in this stuff. You are going to see other countries involved. . . . I think the pin has been pulled on the grenade, and this thing is about ready to explode.”

On the massive debt of the U.S., Taylor is optimistic and contends, “There could be many things that will slay the debt, but one of the things that kills the debt or slays the debt will be oil. The energy boom that is fixing to take place right now in this country is like nothing we have ever seen in the history of our country. The energy is fixing to explode. Here’s what they are not reporting on mainstream media. . . . All of these oil rigs went to . . . all these other places under the Obama Administration because he had the permitting locked down so tight. Trump has released the drilling rights and given the permits out. . . . All these rigs that have gone overseas, they are picking up all their equipment and drilling rigs and are on their way here, as we speak. We are fixing to have an oil boom and an energy boom that has never been seen before . . . and I believe that is what actually slays the debt.”

In closing, Taylor says, “God’s hand is upon Donald Trump. He has been anointed by God to do a specific work. Everyone who touches him has fallen by the wayside. You will see it again. You cannot touch God’s anointed and get away with it. You are going to see these people go down left and right. The biggest thing I want to leave people with right now in closing is the prophecy that I just got talks about God’s hand is on America, and these things must come to pass. We are going to cross a threshold where we have never been before in the history of our country with all this corruption globally, and it’s going to come down. It’s not a time to be in fear. Get that fear dog off of you, and start feeding the good news dog. Have faith that God is in control, and America is going to be a better place when this stuff has been purged of all this corruption. There is going to be a lot of job openings coming up. . . . If God calls you to a position, you need to take your rightful place and make a decision that you are going to step into a roll of leadership. God is looking for his people to take over.”

Mark Taylor also has two new prophecies that have been given to him and will reveal them in this interview.

Hi Bradley,
please, have a look at Nr. 831 article from
http://www.annavonreitz.com/

She is telling Trump trust-law because this
law is not a must for public and I think this
has Trump put in difficulties.