THE FLORIDA SHOOTER WAS IN “FULL METAL GARB” 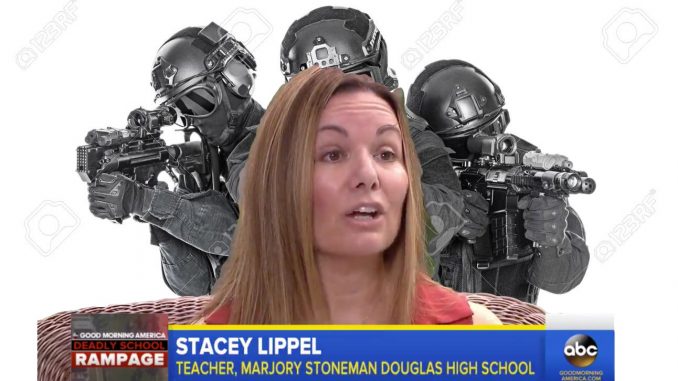 We’re supposed to believe that a depressed and medicated teenager –acting alone — shot up a high school in “FULL METAL GARB”? Since the teacher is obviously telling the truth, it’s even more obvious Nikolas Cruz was not the shooter.

How did Nikolas Cruz go from “full metal garb, helmet, face mask, bulletproof armor, shooting this rifle I’ve never seen before” to not even being able to keep his trousers up? (See the obviously staged photo below.) 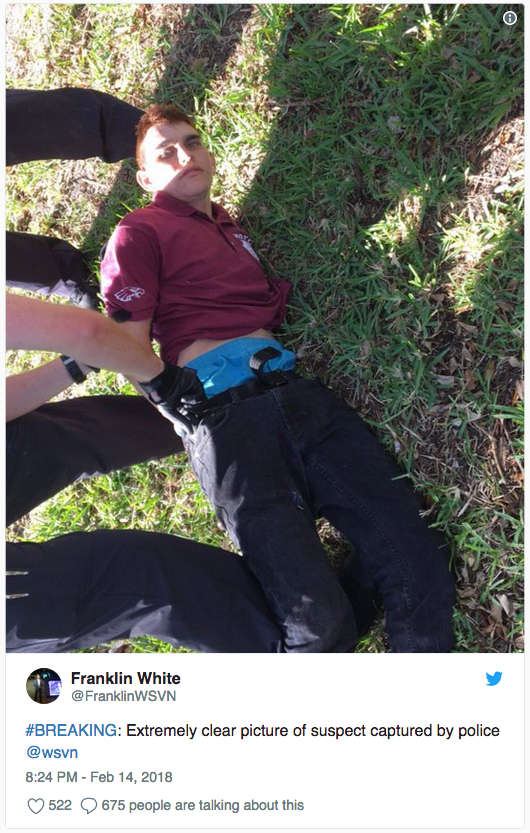 Here’s how the real shooter was described by a teacher, who actually saw him firing a weapon “that she had never seen before”: “FULL METAL GARB”. 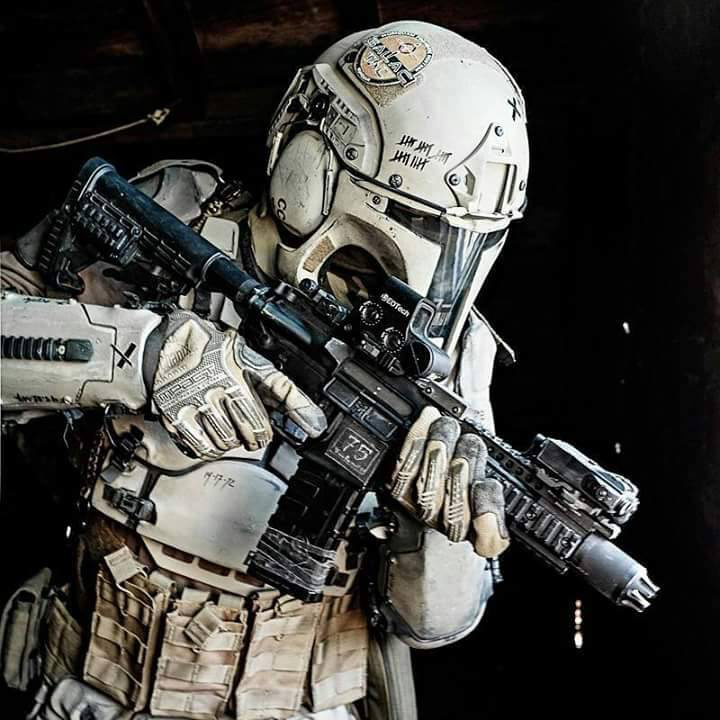 When did Nikolas even have the time to put on full body gear after his Uber ride to Stoneman Douglas High School? Especially since the shooting started immediately after he exited the taxi, according to precise records that recorded the timing?! Did he offload a hefty gear bag from the car trunk?

In light of the fact that different students talked to Nikolas before, during and after the shooting, how did he manage to hide so much bulky and conspicuous body gear—at any point of this government-sponsored, false flag attack?

Why have the authorities not produced even a single piece of the commando outfit? And where’s all the real-time video footage of the shooting from inside the school? Were all the cameras conveniently disabled in advance of this glaring black operation? VALENTINE’S DAY MASSACRE: Here’s why the Florida high school mass shooting was a false flag black operation

Please read more at this link:

I’m not too sure, if I was in a fire fight, I would be a basket case for a while . She seemed too calm to me. The interview, the healed scar on the arm, no real tears when she talked about her students. Looked like real bad acting to me.

The truth shall set you/me free