This post is a continuation of the synopsis that we started for Mark Passio’s “De-Mystifying the Occult” video.  Without further ado….

Mark Talks about his own personal background…, and how it was that he actually turned toward “Satanism” in the first place.  This is of interest only is a few regards!

Very interestingly (and this is very important) …, when he was made a “Priest”…, he was asked to take charge of a “Grotto” by LaVey!  According to Mark…, “grottos” are what Satanists call their congregations!  A Satanist Congregation or gathering = A Grotto!!

Let’s go back to some of my earlier writings here and look at this: 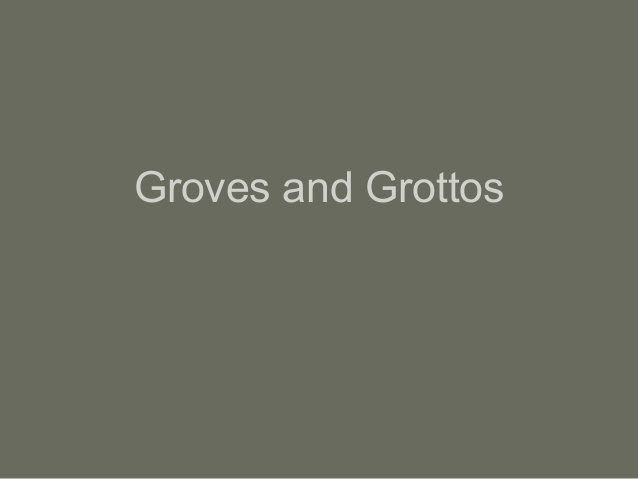 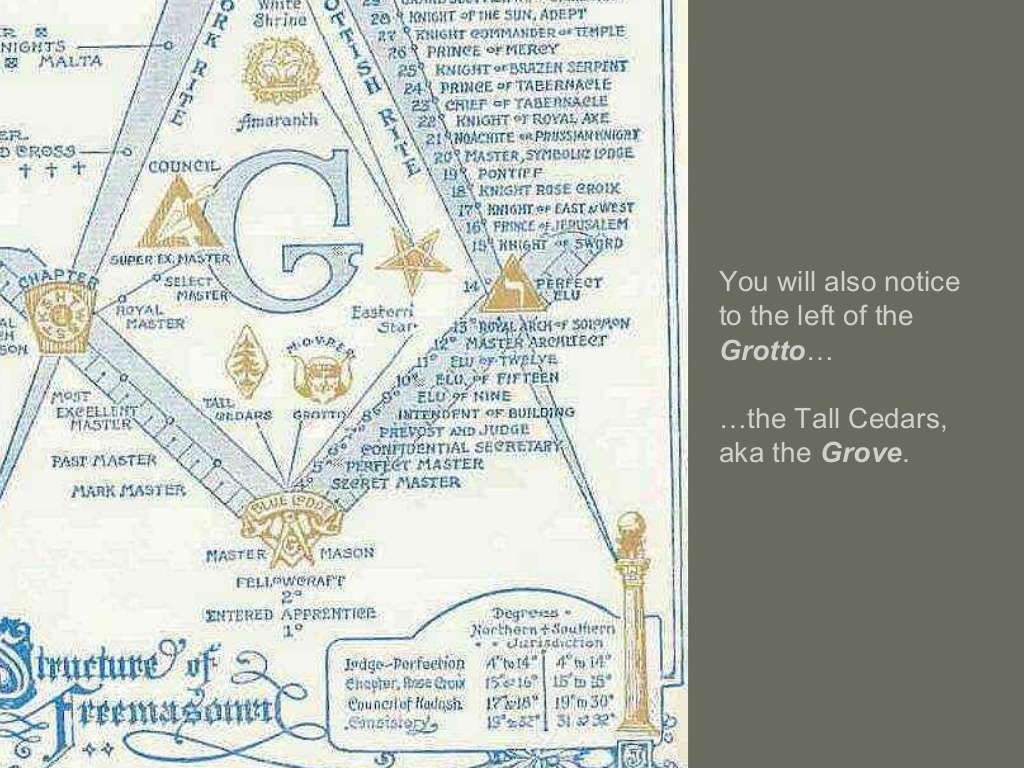 This is a chart of all of the steps of FREEMASONRY…, and after the first three steps, or Degree’s at the very bottom of the page…, Entered Apprentice = 1 Degree,  Fellow Craft = 2 Degree, Master Mason = 3 Degree, you are then “allowed” to go to, or “attend”  THE GROTTO!

Well according to Mark…, A GROTTO is the name of a Satanic Congregation!

Now, it would be my guess that “most” of the Freemasons at this level would not attend a Grotto…, if they did not already have Satanic leanings!  But it was “available” to them if they were the “right sort”.

Here is the entire chart: 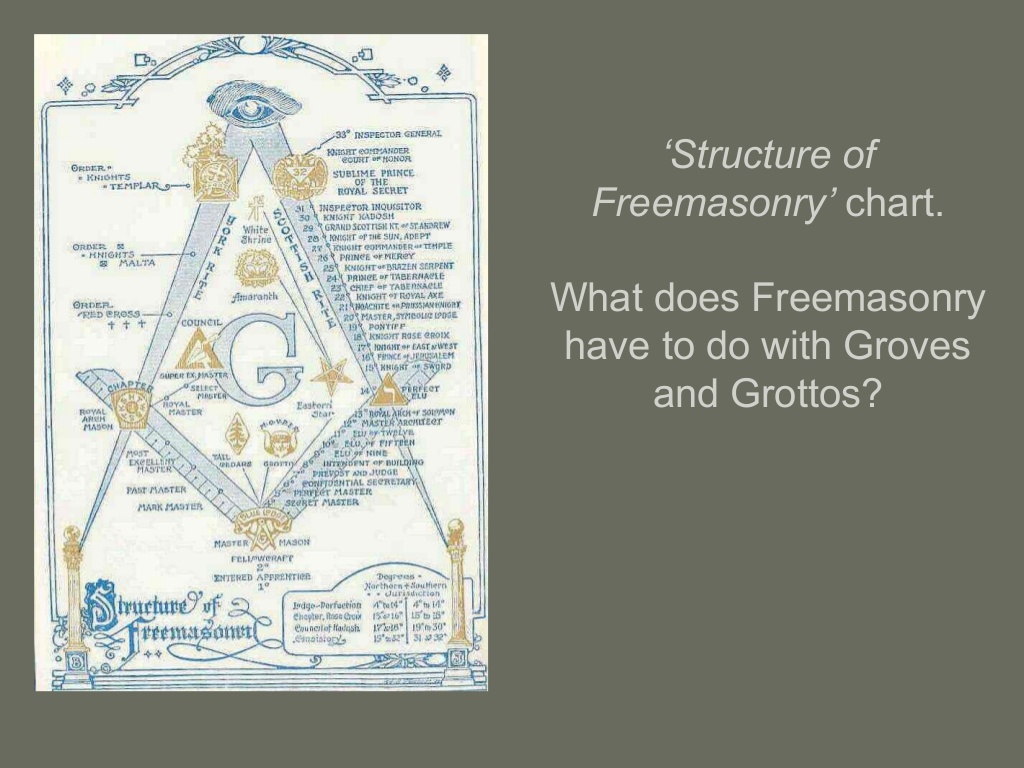 According to Mark, he did NOT accept leadership of a Grotto, but did accept the Priesthood.

He said that at the “low level” he was at…, he was able to SEE how deep the rabbit holes goes…, and THAT was enough.

He also gave Jay Parker a nod saying that because Jay was actually “born” into a Generational Satanic Family…, he would have had FAR MORE knowledge and far MORE understanding of how deep the Satanic Rabbit Hole goes…, making him very important in the actual TRUTH MOVEMENT, and someone who should be listened to.

Mark said that at his low level, even though he did not experience Ritual Killing, Child Rape, or Torture…, he says he saw “enough” for him to understand that this is most certainly “where it goes” at the higher levels!!

Mark then reads a statement that apparently Jesus gave to “Mary Magdelene” from a book he calls:  Pistis Sophia…, and who asks Jesus about the “outer darkness” and the “chastisement dungeons” it contained.

There are 12 mighty chastisement dungeons [the Zodiac?] in the outer darkness, with a ruler in every dungeon, and each ruler having a different face.

This simply could be Astro-Theology…, talking about the “wheel” of the Zodiac…, but really dumbed down for the masses.  However…, there is a much LARGER POINT to this statement that Jesus made about the OUTER DARKNESS.

Let’s look at this symbolism of the FREEMASONS…

Here are three symbols, all of which “revere” the Outer Darkness!!!

Are we finally starting to “GET IT”??

Are we finally starting to make the connections that the NEW AGE was created by the Freemasons in order to “propagate” SATANIC IDEALS” out to the masses??

Are we finally starting to see that the most “cherished” teachings of the NEW AGE are related to, and fully compatible with Satanism (The Outer Darkness)??

Are we starting to SEE THROUGH THE CON??

Remember what Mark has said earlier…, and that is that in the lower levels…, all Satanism really is about is a MIND SET…, or a state of MIND about how things are and how things should be!

How many good and innocent people (sitting at the feet of Channelers) have actually turned to embrace ideals which were actually SATANIC??

Mark finally starts to connect the dots…, as he says he traveled around his tri-state area (as a Satanic Priest) and meeting other Satanists!  He says he soon found that Satanism was NOT WHAT he thought it was!  But that it was FAR BIGGER…., with a huge membership that was almost EVERYWHERE in the world…, and had a collective goal of actually ENSLAVING all of mankind!!

He says that people from every walk of life were members INCLUDING Politicians who were running for political office at all levels (from the lowest to the highest).

Certain Lawyers, Judges, Bankers, people in the Media, and also in the Military AND the Police.., were part of the Satanic Membership!

(I can’t tell you how important this part of the video is to watch…, because Mark tells us straight out just HOW BIG this all really is!!)

Mark tells us why he got out of the Satanic cult/religion!

His conscience would not allow him to participate in ENSLAVING the entire human race!

He says that low level Satanist organization are actually “vetting” grounds and psychological “profiling” places where the higher levels are seeking to find appropriate PSYCHOPATHS who don’t care about other people to DO THEIR BIDDING!

He puts up a chart called:  THE WORLD WIDE SEARCH FOR PSYCHOPATHS!

MAKING IT “REAL” – A VIDEO TO WATCH

WHERE HAS THE “NEW AGE” GONE WRONG??