Moving forward from PART THREE – I will now build upon what we learned in that post in PART FOUR!

When Magicians get up on a stage in front of an audience, their tricks are uncomplicated and usually involve a mere “slight of hand”.

Please don’t be too “quick” to think that the ILLUMINATI are beyond such basic tricks as slight of hand!  Every single “FALSE FLAG ATTACK” the world has ever seen involved slight of hand mixed in with a type “stage show” performance on television.

What happens is that while we are all looking in one place…, the magician is doing his thing in another place somewhere else.  Mis-direction, mis-guidance, distraction, and distortion are all words that add up to a single thing: 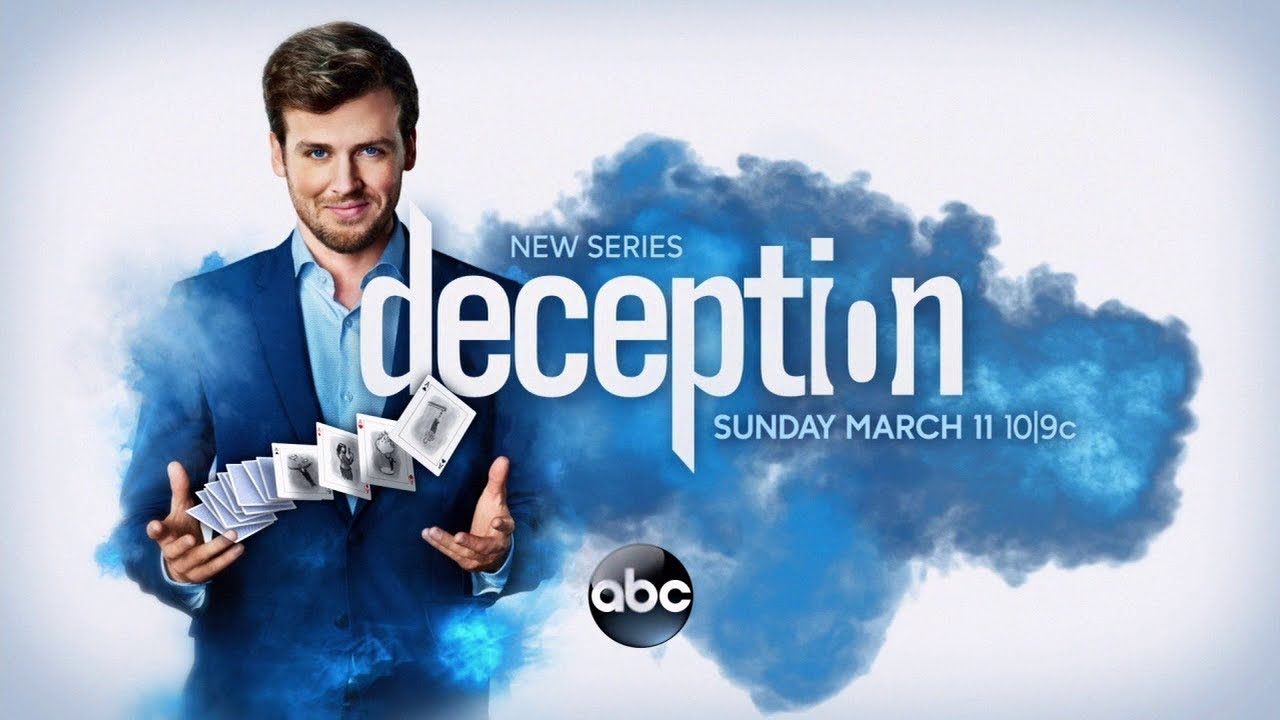 While “slight of hand” is a “Dark Magicians” most basic trick – his most commonly used and best loved ploy – is just to out and out  LIE TO YOU!

It may interest you here to know that when Jesus referred to SATAN in the Bible…, He called him the “father of all lies”.  So for me to be consistently lumping “Dark Magicians” in with the likes of SATAN is hardly a stretch by any standard.  It is their penchant and their love for LYING that shows you exactly who they really are!

BY THEIR WORKS YOU SHALL KNOW THEM…

Of course for those of you that can put two and two together – LYING is done by using the human voice, which is using words which are organized intentionally to mislead – which is the unfair use of SOUND!

In the movie Harry Potter, Harry is told by his abusive uncle…

There is no such THING as magic...

However in the crazy world of down is up, and up is down…, the real truth of the matter is that this statement should be completely reversed.

And thus we would get:

MK ULTRA – MIND CONTROL – ITS ALL ABOUT “MAGIC”

Mind Control is the second most commonly used form of “magic” that there is, and it comes right after out and out LYING.

Naturally, you could place “Mind Control” under the general heading of DECEPTION if you were creating a Magical Handbook of sorts, but let’s keep them separate for now.

So who uses “Mind Control” every single day…

Telling us LIES every single day is simply practicing your “basic” DARK MAGIC!

And, since we’ve learned from Jesus Himself that the “father of all lies” is SATAN, then there should be no argument happening here if I say that what the MSM is doing is a form of  “SATANIC DARK MAGIC”

Just to be perfectly clear.

When we are “shown” something through the use of IMAGERY…, our MIND can very easily be fooled.  Most of the time, we just accept what we see, and we “trust” our eyes to show us what is really happening.  We generally feel we have no reason to think that someone or something is trying to deceive us!

In the real world…, they use FAKE IMAGERY against us when pulling off FALSE FLAGS.

They do this by “staging” various people, guns, fake blood, and other things related to a crime…, and then taking pictures of these things and putting them up on their Corporate Owned Main Stream Media.

The Media then tells us “LIES” about the images they are putting up for us by telling us that these are pictures are real, nothing was staged, and here is what we need to know about these pictures.

Just like what is happening in a Magicians Stage Show in Vegas, where everyone is amused by the “slight of hand”…, FALSE FLAG ATTACKS that take place around the world are no different.

They are exactly the same “slight of hand”.

You’ve got the Magician trying to pull off the trick, while you have the “pretty helpers on stage” (The Media) who are misdirecting your attention toward something else.

The MSM are the ones who are there to just “look good” and to “speak interesting words that mean nothing” while the magician (C_A) is pulling off his magic act by doing something else totally.

Hollywood uses a special kind of deception when making movies called: FORCED PERSPECTIVE.   It is a way to “fool the mind” into thinking something is real, when it isn’t.   The very best example in movie history of “forced perspective” was the epic movie:  LORD OF THE RINGS.

They sit at the same table, only they sit far away from each other.  The camera is set a certain angle to make it appear as if they are sitting directly across from each other, but due to the distance…, FRODO looks far smaller than GANDALF. 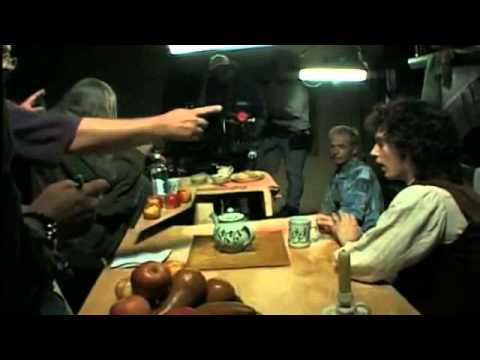 Forced Perspective is a way to “Fool the Human Mind”…, and it is being used against us in the real world – ALL DAY LONG!  For those of you who think you can just “trust” what you are seeing, whether it is on regular television or on the News, you are incorrect!

The same goes for just walking around and going about your daily business!

Trust me, there is a lot more going on out there than you think!  Here are some more Forced Perspective Shots from various movies… 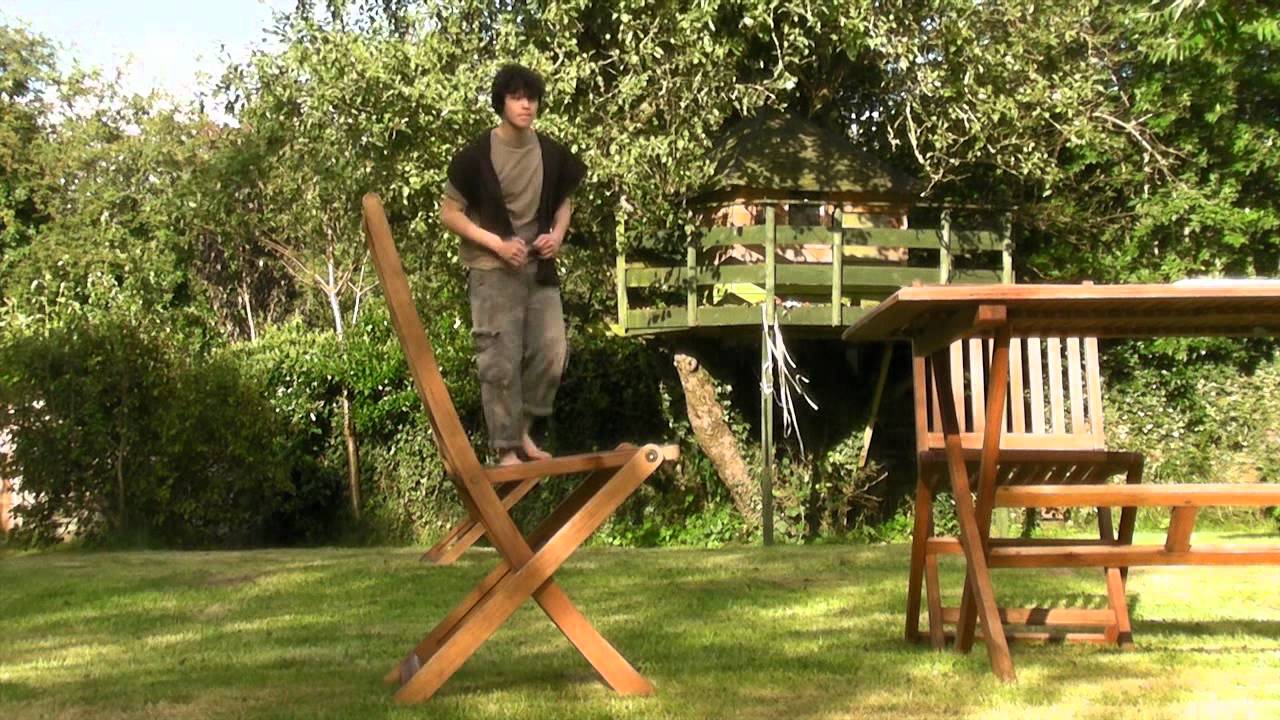 Now here is how this “MAGIC TRICK” is done! 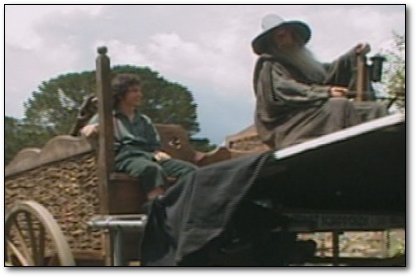 You see, HOLLYWOOD is really great at fooling our MINDS while we gaze at images on the BIG SCREEN, and the Main Stream Media is owned by the very same people who also own and run HOLLYWOOD!

Therefore, we must consider that most of what we are getting on our DAILY NEWS is actually a MAGIC TRICK called:  FORCED PERSPECTIVE

They show us only what they want us to see…, and only use IMAGES that are taken from certain camera angles and certain PERSPECTIVES so that our MINDS will be fooled into seeing things that are not really there!

And…, if I may, please allow me the opportunity to  kick the dead horse yet again so that you will all finally get the picture of what I am trying to say to you…

It is willful and intentional DECEPTION!

FORCED PERSPECTIVE is a huge part of pulling off of all false flag attacks, because the cameras have to be in exactly the right positions to make it all LOOK REAL.  If there are any inconsistencies…, then the “illusion” or the “spell” they are trying to cast is broken!

HOW IT ALL FITS TOGETHER…

What we’ve really done is to compromise TWO of the most used senses – senses which tell you what is happening in reality!

If “sight” and “sound” are being used in MAGIC SPELLS  literally to fool you, then how are you going to know what is REAL and what is NOT REAL?

Now…, all of a sudden the countless videos and teachings of Jordan Maxwell make so much more sense.

IF you still remain under “the spell” I wonder if there is any hope for you at all!!

Then you are still totally and completely MIND CONTROLLED…, and will very soon be conned once again in exactly the same ways within a very short period of time…., totally losing your Freedom once again.

I and others have every right to say to you…

All I can say is that REAL LIFE should look NOTHING like what we are seeing here on our planet at this time.  Not a single, solitary “system” should be left standing, because ALL OF IT is based in DARK, SATANIC, MAGIC.