THE GREAT CON OF MAN – THE END GAME – PART ONE

The title for my very first multi-part series was called –THE GREAT CON OF MAN.

It was posted on Jean Haines Blog:

THE GREAT CON OF MAN: Esoteric’s, The Super-Natural, Magicians, Mind Control, and the New World Order!

It was a bit of a mouth-full really, but the title certainly spoke to what was being talked about, which is why I used it.  This brand new epic article is really a continuation of the same ideas, and will be full of esoterics, the Super Natural, Magicians, etc…, but will use an abbreviated in title.

I can’t even begin this new deeper article without starting with WORD MAGIC! You may recall that this is exactly how the last series started.

See the link below:

That being said, I do realize that I am going to have to start giving out a little bit of necessary information so that we can all go deeper.

Much of this may seem very scientific, so please put your thinking caps on before we begin!

Remember, “Magic” is really just “Magnetics”…, so there is nothing superstitious about this at all.  It is an Ancient Science and nothing more than that.  They call it an Esoteric Science because it has to do with the inner power of the human will and intent.

Remember also that so much of this information is already in the hands of the LUCIFERIAN DARK CABAL.   They are “Dark Magicians” after all.

Every Geometric Shape carries a specific frequency within it.

The reason this can be said, is that ALL matter takes its shape as a result of sound waves or acoustics!  Let’s revisit my favorite cymatics video below, and watch closely what a sound wave actually does to a dry media on a metal plate hooked up to a tone generator.

Don’t get scared of the word cymatic…, it simply means “wave”  as in  a sound wave.

What I really want you to “get” while watching this video is that “matter” only forms a “shape” when it is struck by a SOUND WAVE.

It is imperative that you get this, and really try to internalize it so that it becomes second nature to you!  Sound waves and other invisible wave forms are a huge part of MAGIC.

There is a part inside of this video where a voice comes on and says:

Everything owes it’s existence wholly and completely TO SOUND!

Hopefully throughout the course of this series, you’ll see why.   IF you watch the video carefully you’ll see geometric shapes occurring on the plate every time the sound or “tone/tune/frequency” changes.

This means that whatever “shape” you see has a very specific frequency or sound wave that will create it!

Once you see this actually happening, what you need to internalize is that ONLY a sound wave can, or will ever create that particular shape out of dry matter.  Out of the void of nothingness, or formlessness…, ALL MATTER is reorganized into form merely by sound.

Furthermore – only WILL and INTENT can bring SOUND into manifestation!

Sound is not random, and it is certainly not accidental!  Causality forces sound waves into motion!

These “forms” forced into manifestation by sound waves take very definitive shapes and are always perfectly geometric in nature.

This makes these shapes “mathematical”, because all geometric shapes can also be described by a mathematical equation.

Therefore, (and I hope I’m not going too fast here) any “sound wave” can be described by a mathematical equation as well due to the shape or geometric pattern that it makes.

The Bible says this:

Instead of “word” (which is a mis-translation) please put in the word “sound”.

Now, all of a sudden, you can see the TRUTH in this Biblical Statement.  It was just hidden behind a label.

Before any “form” or “shape” existed…,  there had to be SOUND.  The sound was with GOD, and the SOUND was of GOD.

GOD sent the SOUND forth…, and as a result of that action – now form and shapes are actively being created!

Watch the video, it can’t get any more clear than this.

GOING DEEPER STILL – HERE IS WHERE THE MAGICIAN LIVES…

If sound can actually create a shape or a form, can you see that the reverse is also true?  Magicians love to use Mirrors…, do you want to know why?

Because they know as ABOVE, so BELOW.

THEY UNDERSTAND THE CONCEPT OF “REFLECTION”!

They know that whatever has a “right side” also has a “left side”.   But even deeper than this, they know that what ever manifests into shape and form – has a CAUSE that is shapeless and formless!

This is Esoteric Knowledge!  It is an Ancient Science.

Whatever is manifest in one form, has to also already exist in it’s less dense and finer form as well!

Can you grasp this?

The mirror therefore, is a way for magicians to see the “other” side of the equation of things that are not necessarily “seen” at first glace!

So if you see a geometric shape, then what does a Magician who is looking deeply in the mirror see?

They see it’s cause!!

So, what then is the “REVERSE” of a geometric shape?

The SOUND that created them….

Have you ever seen any of these before? 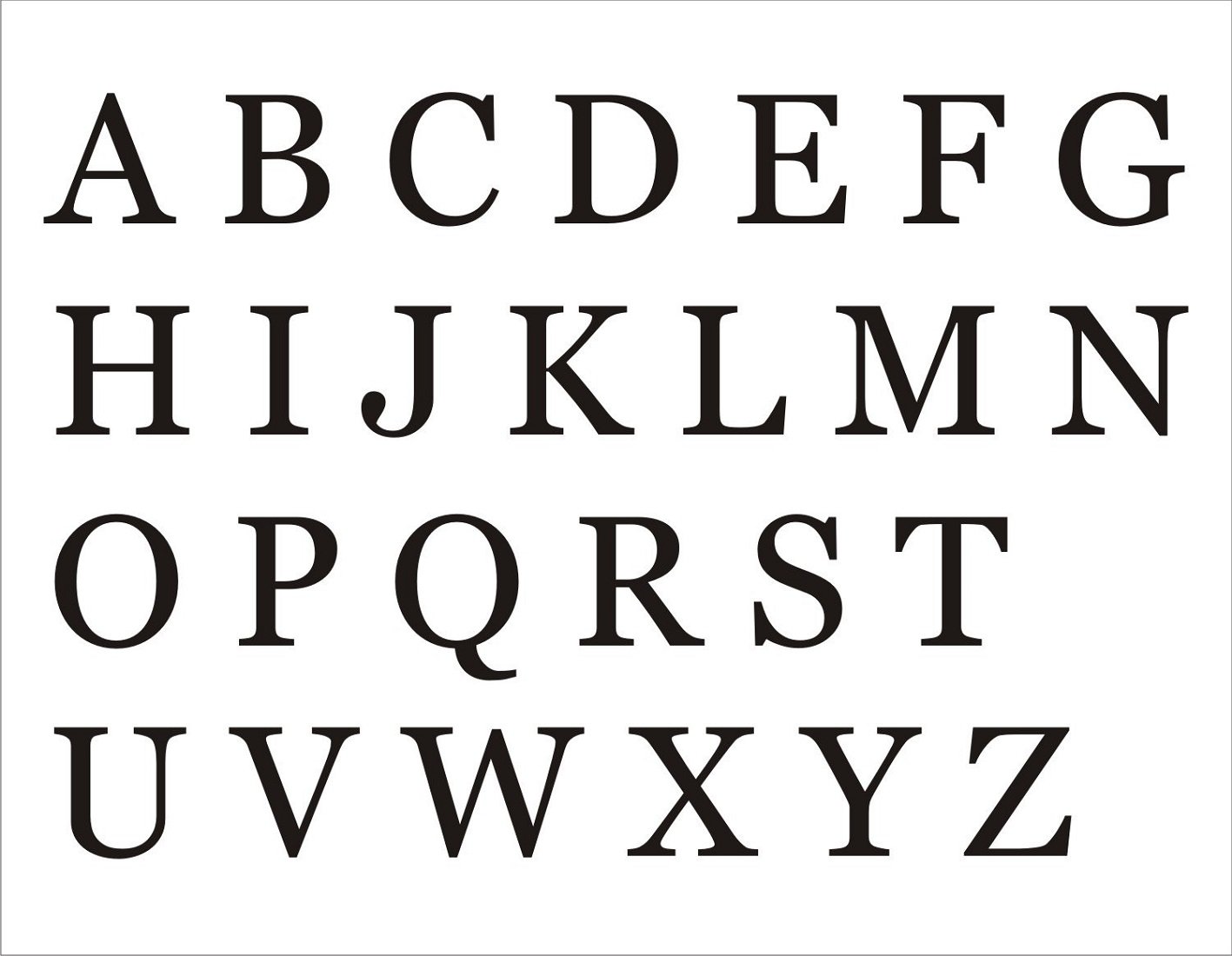 Would it surprise you to find out that each of these “shapes” holds the frequency or kinetic power energy of “the sound” they were formed by?

Therefore, each letter of the alphabet or “shape” that is holding energy becomes a potential weapon!

A “magician” would look at each letter of the alphabet, and not just see the letter, but also see the SOUND that created it!  (The mirror effect) 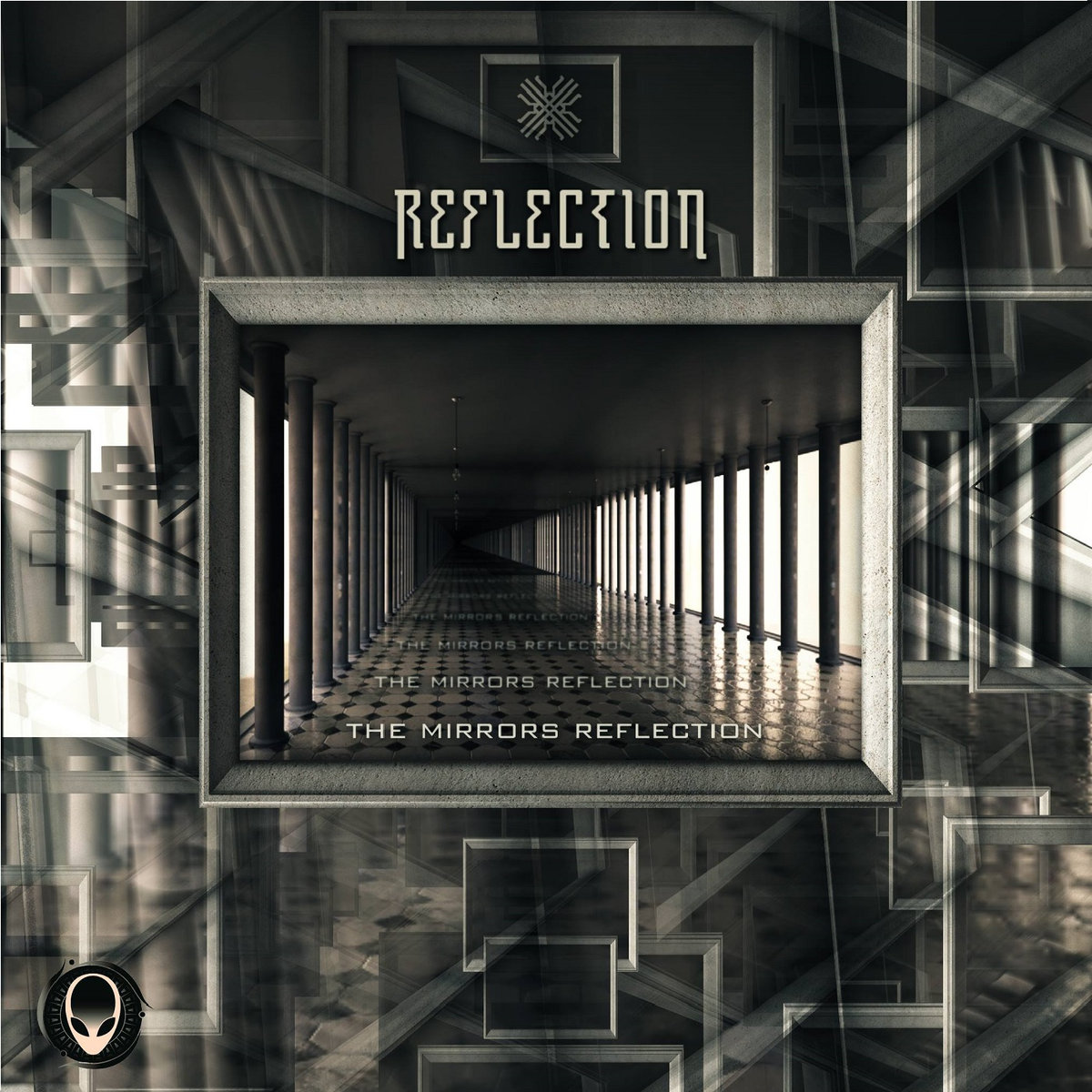 You’ve heard the phrase “words actually hold power” have you not?

Now do you understand why?

So what kind of REAL POWER do you think are actually held inside of mere words – if in fact the letters that make up the words are nothing more than geometric shapes which were originally created by sound?

Does it surprise you that I am saying that every single letter of the alphabet is holding GREAT POWER within it because it is a representation of the very frequency or the wave that made it?

Let’s put it this way.  Scientists never thought that splitting the ATOM could cause great destruction until they tried it.  At that time, they found that even a tiny atom held FANTASTIC POWER. 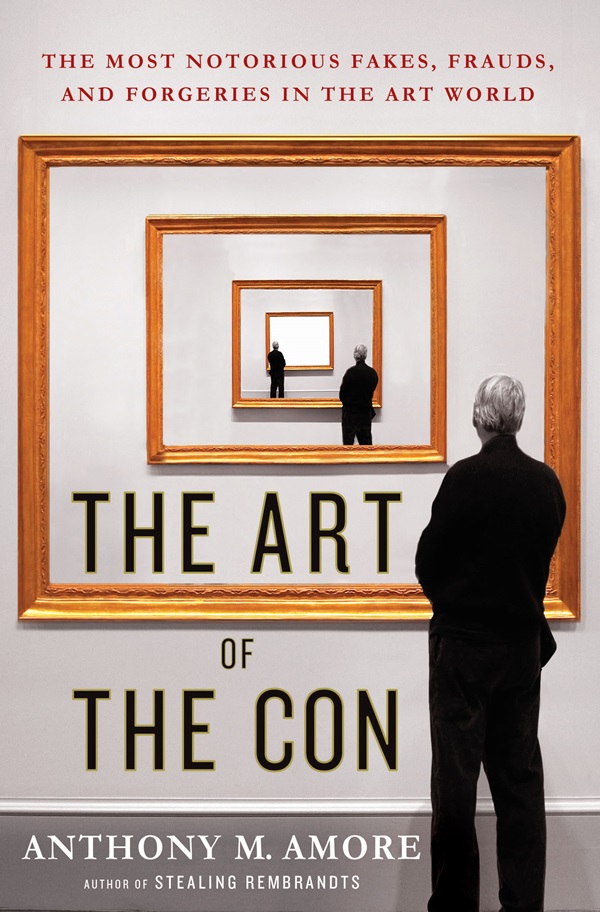 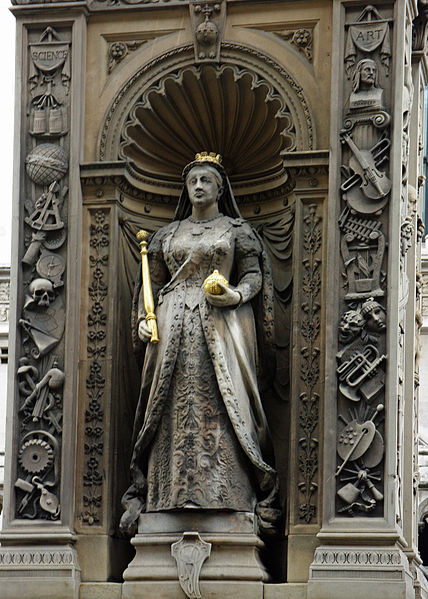 HARMONICS IS THE KEY 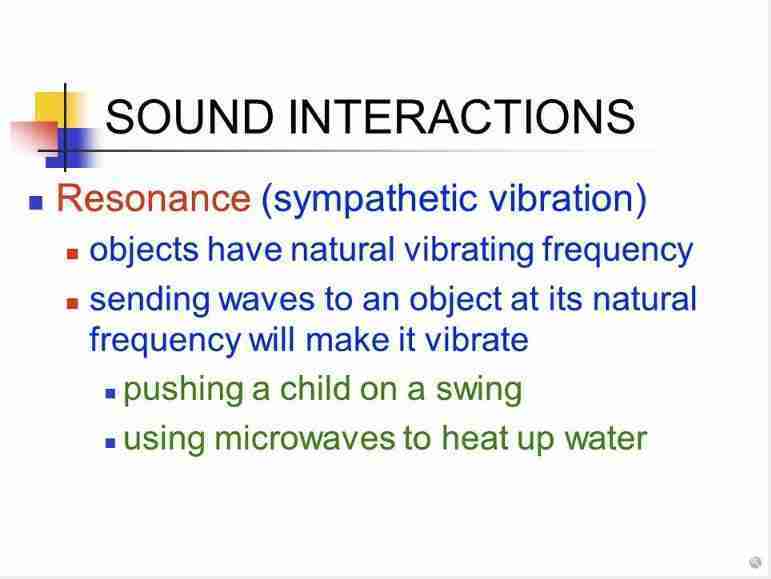 objects have natural vibrating frequency. sending waves to an object at at its natural frequency will make it vibrate. pushing a child on a swing. using microwaves to heat up water.

Since we’ve already heard in the cymatic video above that EVERYTHING in world owes it’s existence to sound…,  then would it surprise you to know that SOUND can and does make huge changes inside of your own body on a daily basis? 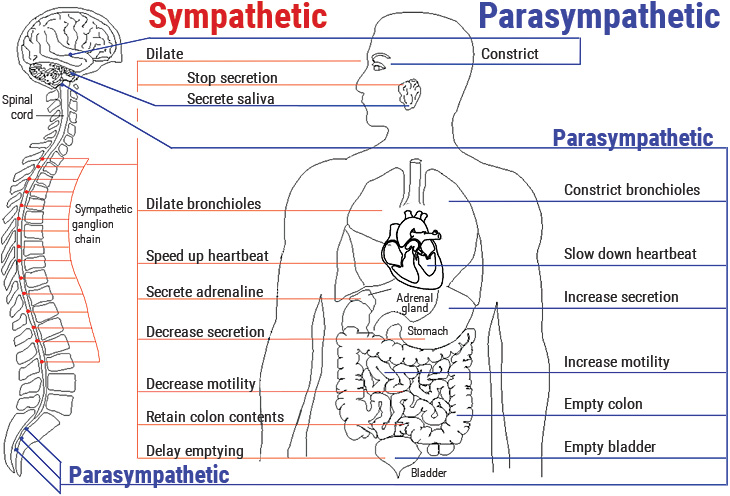 Would it also surprise you to learn that sound can make great changes inside of your brain? 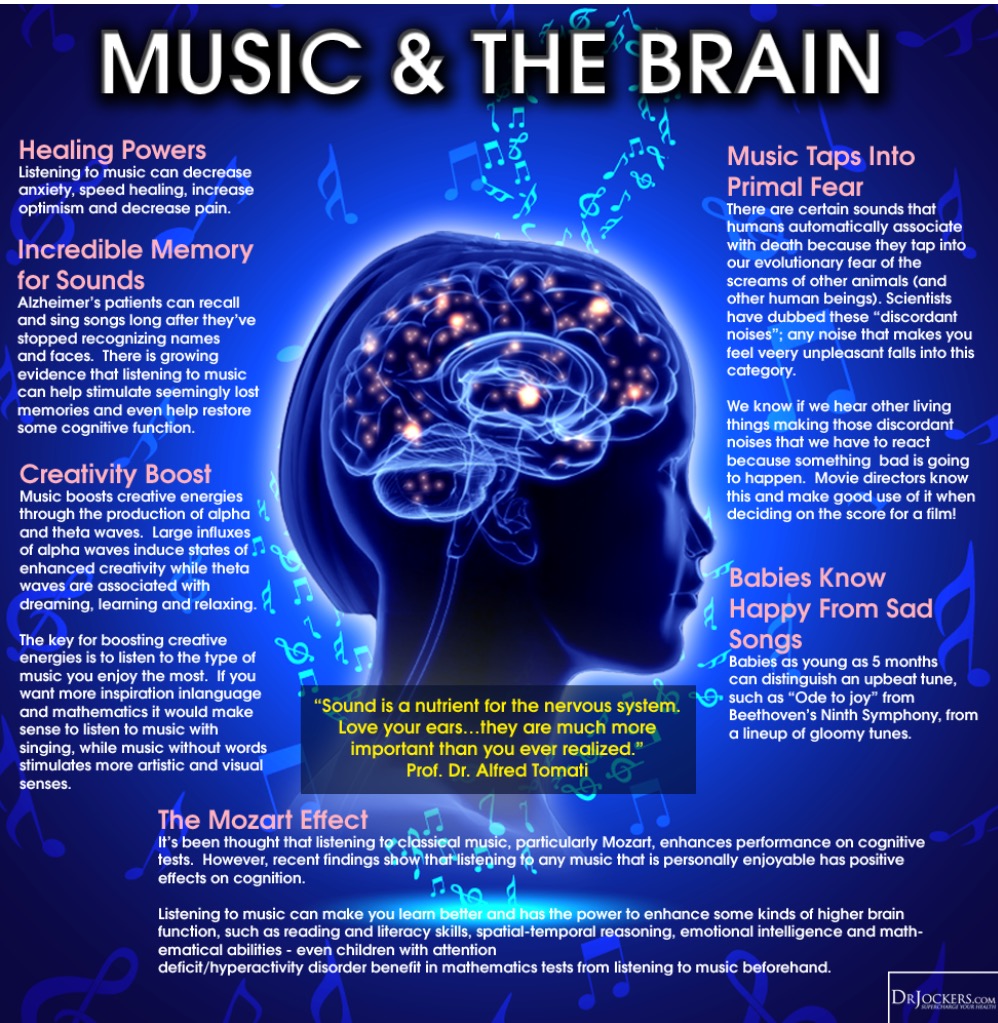 Would it surprise you to find out that the greatest weapon in the entire Universe is SOUND WAVES – both heard and unheard?

God spoke the world into existence. Hebrews 11:3 “For by faith we understand that the worlds were fashioned by the word of God, and these things that are seen came into being out of those things which are unseen.” See also psalm 33:6.

Body tattoos have become the latest fashion statement but people don’t realize how these shapes and patterns affect the physical and spiritual self.
I don’t see any ‘royalty’ or any world leaders with tattoos. I wonder why!