THE INNOCENT WILL INHERENT THE EARTH – GOD IS WATCHING

THE WHORE OF BABYLON IS ABOUT SEE ITS EMPIRE SMASHED

AS THE “SATANIC POPE” CONDEMNS TRUMP…, HE SENDS OUT CODED MESSAGES TO ALL FREEMASONS WHO WORSHIP LUCIFER…

The 33 Migrants who were personally “escorted” to the Vatican were brought directly from the “Island of Lesbos” in a clear show of deep symbolism that only the Luciferian Elite would understand fully.

This is the famous Island where Lesbians and Gays were sequestered to in Ancient Times by the Greeks.

The word lesbian is derived from the name of the Greek island of Lesbos, home to the 6th-century BCE poet Sappho.[3]

From various ancient writings, historians gathered that a group of young women were left in Sappho’s charge for their instruction or cultural edification.[6]Little of Sappho’s poetry survives, but her remaining poetry reflects the topics she wrote about: women’s daily lives, their relationships, and rituals.

She focused on the beauty of women and proclaimed her love for girls.[7] Before the mid-19th century,[8] the word lesbianreferred to any derivative or aspect of Lesbos, including a type of wine.[note 1]

At the very same time…, it is being revealed that the VATICAN invested over a million dollars last February in the Film Biography of Elton John and financed an almost naked picture of the Legendary Rock Singer…, who is known to be gay – with the donations and contributions of the Catholic Faithful from all over the world. 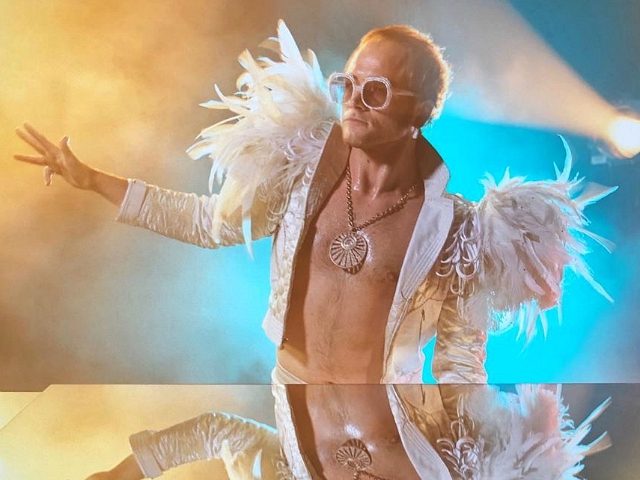 So…, as the Satanic Pope lectures Donald Trump about “killing Jesus” and compares him to Herod the Child Killer…, just who is kidding who??

Although I can not be certain, a good and educated “guess” here is that the Pope is “signaling” to the entire world that the CHURCH – under his rule – is wholly and fully on board with bringing in the NEW WORLD ORDER RELIGION, the basis of which supports and even encourages GAY LOVE over and above HETERO-SEXUAL LOVE.

It is also a signal that soon (if nothing is done to stop it) that all restrictions against having free and open sex with young children will be removed forever!

Gays will be celebrated as the most GODLY people worldwide…, and those who are hetero-sexual or do not embrace the new way of thinking, and refuse to come along with the New Religion of Rome will be shunned, shamed, censored, banned and in the end, most likely imprisoned or killed as “haters” or “terrorists”.

GAY LOVE…, will be the PREFERRED LOVE of ROME…..

THE “THRONE” OF THE CREATOR IS CALLING YOU

Bradley,
a must read for you