THE “LIE” IS DIFFERENT AT EVERY LEVEL

From LUCIFER – the father of all lies – down through the fools chain of Galactic and Earthly players – the “LIE” is different depending on who you are, and where you are operating within the control structure!

People who think and believe that “THEY” are higher up the fools chain – think it is only the people that are “underneath them” who are being LIED TO…, while it is “THEY” who have the entire story!

This is NOT how LUCIFER WORKS!

The fools directly under Lucifer himself are not privy to the entire story!

So what makes these endlessly prideful and arrogant “robotic” ELITE living here on Earth think and believe “THEY” know the whole story?

There is ALWAYS A BIGGER FISH… 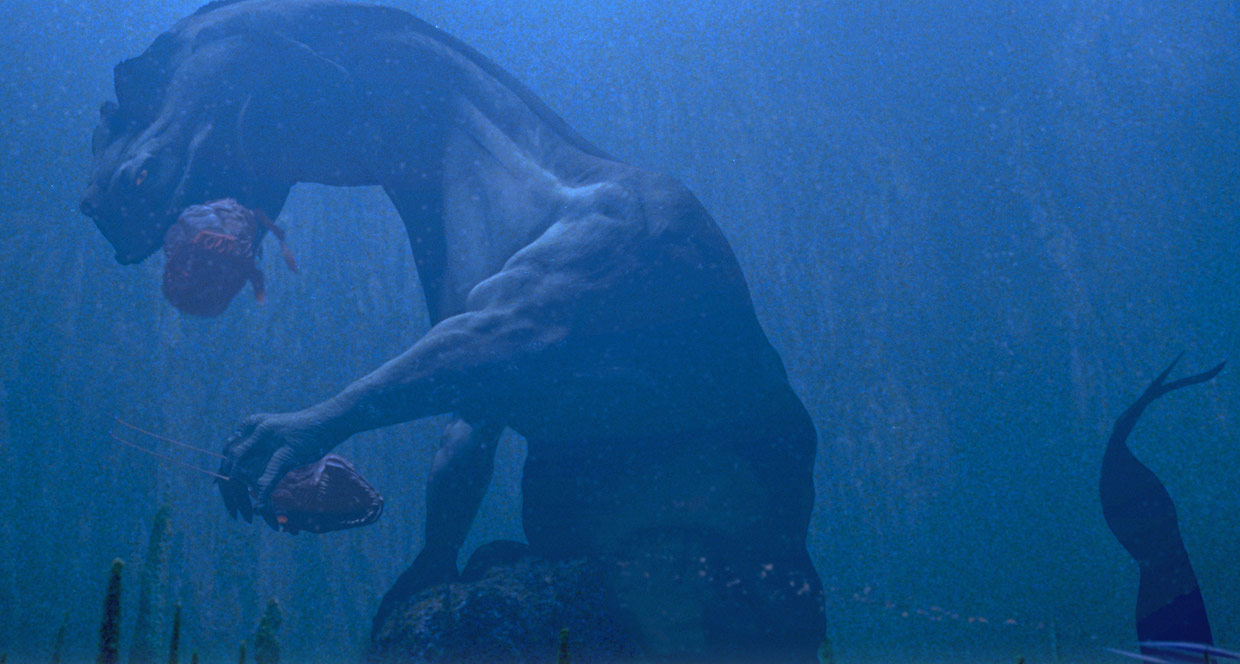 You know…, it really floors me that DISNEY – the yapping lap dog of the Illuminati – who bought the STAR WARS saga from George Lucas – simply has no clue what the story really means!  But, I digress here…

The TRUTH of the matter is that no matter how high up the fools chain you manage to get while living HERE ON EARTH…, you are only being given just enough information to get you to do your part for the DARK MASTERS.

On the side of TRUTH…, Christ himself knows that it is GOD – our one and only CREATOR who holds all the cards – and who knows the “score” – (a reference to a musical score).

Lucifer has a plan to defeat GOD…, and has amassed an ARMY of minions willing to go to battle with the CREATOR.

Anyone living here on Earth who is arrogant enough to think they KNOW the entire “plan” of the dark is wholly DELUSIONAL.

If you are living on Earth…, then you DO NOT have the entire plan…, you have ONLY been told enough to get you to do your part!

Honestly…, since neither the LIGHT…, nor the DARK know how, when or where the REAL WAR will take place…, the only thing that you CAN KNOW…, is whose side you are on!

One of the very FIRST THINGS…, that the minions of SATAN did,(being the sons and daughters of the FATHER OF ALL LIES) was to create a FALSE LIGHT!

They created a “substitute” version – a SIMULATION if you will – of the “LIGHT” that would attract as many good and decent people as possible over to THEIR SIDE…, without even knowing it.

This SIMULATION OF THE LIGHT – A FALSE LIGHT – is called:

Who in the entire UNIVERSE is surprised by this??

Only “the guy” who thinks that WORLD HEAVY WEIGHT WRESTLING is real…, (I guess)

The point here is that TOO MANY good people are still being fooled!

Why do you think that I wrote the GREAT CON OF MAN in the first place…???

The NEW AGE MOVEMENT is still very much in full operation, and is actively CONNING good men and women who have not figured out that the LIE IS DIFFERENT AT EVERY LEVEL.

But some of us who are working very hard (with Jesus Christ) are doing everything that we can do to show you the under belly of the beast…, the GREAT CON.

But before you take exception to that…, just know you were NOT living here on Earth 2000 years ago!    And…, YES…, the Catholic Church has been taken over by SATANISTS!

But…, not ALL Catholics are therefore “bad people”.

Some of them are very good people!

I have told you before that the actual Crucifixion of Jesus has been recorded (and viewed) by the United States Military on a Chronovisor!

According to Andy Basaigo, it was DARPA that developed the Chronovisor – a device which can “tune in” to any event in History – the “fingerprint” of which is still “magnetically” and “harmonically” recorded in the ethers – and view it even today.

The Chronovisor works on the principles of magnetics and harmonics!

Andy told me face to face that he witnessed and watched a video recording of the actual crucifixion of Jesus himself when he was only a child.

He told me he also watched the ACTUAL signing of the Declaration of Independence and several other interesting events in History…, which have been RECORDED and catalogued by DARPA.

The Chronovisor can go back in time and “SEE” any event – just as it actually happened – and record it!

This technology was available to DARPA in the early 1970’s!

Listen to THIS interview:

Ultimately, even Andy, who in my mind is a good man…, does NOT HAVE the entire picture, and has told me that he only knows the part of the picture he was personally exposed to – and that is all he knows.

He freely admits that Barry Soetoro (Barack Obama) was in the same MARS PREP PROGRAM that he was in as an older teen, and that Obama also went to MARS.

He also said he never really liked “Barry” – who he met during his first year at UCLA – (Obama was attending Occidental College at the time) and who he described as someone who was totally “sold” on the idea that Corporations would one day RULE AMERICA – and that getting rid of “Government” and rule of the people – was a “good thing”.

He remembers getting into a HUGE argument with Soetoro about it and having to leave before the argument came to blows.

WATCH THE VIDEO…, KEEP THE FAITH…, LEARN TO LOVE FREELY…, BEWARE OF THE GREAT CON!

BREAKING DOWN “HOW” THE PSYOP WORKS – MIND CONTROL IN YOUR FACE

How about this? I always thought the most likely scenario is that the Earth is Spheric, but then, some evidence suggests that Earth has little to no curvature:

Bradley Loves You
Reply to  Save To Win

The “Flat Earth” is simply a dis-info psyop.

If anything…, a HOLOGRAM or a HOLO-DECK would be more accurate!

Save To Win
Reply to  Bradley Loves You

Ok. Though the evidence and the measurements that they provide need to be researched, so that we would know that either they are speaking truth or promoting propaganda. They used lasers that would reach 60km. At 60km, the supposed curvature wouldn’t let the laser get to the other side.

As for this, they didn’t count out the magnetics. They just said that the North Pole is exactly in the arctic ocean, while the the margins of everything is the south pole.

I did not make any measurements, but we should, to at least figure out if their theory is correct. All we have to do is prove that the curvature exists.
http://earthcurvature.com/

Whatever their work is, that needs to be debunked to provide evidence contrary to their argument. If not, then we would not be able to determine if they’re right or not.

Getting some other inaccurate argument like ‘magnetics’, while their earth theory is working with magnetics, does not help disprove their measurements and their view.

It might not be something of utmost importance to research, but it’s definitely something worth looking into.

I have just listened to Andrew Basiago’s interview and I am convinced that he is credible inasmuch that there is a secret US time travel and exploration program. I want to put a supposition here. Let’s say that the criminal psychopathic elements of the “Powers that be” have an ongoing program of removing obstacles or at least minimizing trouble for their agenda by targeting individuals who in their future time information indicate that they are “getting in the way” so to speak. They have many options. Either eliminate those people before they become problematical or severely cripple their ability to function by committing acts of sabotage on their lives. Example people who would be pivotal in their success in life or people who would contribute to their happiness are systematically eliminated or steered away somehow. Financial sabotage, electronic harassment and other tortures. Remembering also that those off-world entities need the “loosh” from the suffering and so the continued frustration of having one’s future damaged by a succession of misfortunes is a fertile harvest for them. Also what we don’t know is that certain individuals may not even be earthlings such as those humans from Venus or elsewhere who chose to incarnate on Earth at this time in order to help somehow. If the Cabal crosses the line with those special individuals there may be retribution which they know they might come off second best. That would explain why certain people seem to be protected. Thank you Bradley for again putting a spotlight on this very important and wide ranging topic.

Bradley Loves You
Reply to  herb4brad

I totally agree with you.

Andy himself has now become a “TARGET”. His life is no longer on the same track it was as he also was for seen as a future “President”.

His “TRUTH CAMPAIGN” has more or less stifled any chance he had of being President and now his life is on an alternate trajectory.

Having talked with him, I know that he is honorable and cares deeply about TRUTH.
This is not the type of man they want in the White House.

TIME TRAVEL has created alternative TIME LINES…, and so we are now in the middle of “TIME LINE WARS” in the deep intelligence communities.

It is every man for HIMSELF as they have seen first hand that the future can play out in many various ways.

Therefore…, those with the power to TIME TRAVEL have taken to manipulating future events for the benefit of THEIR OWN AGENDAS or their own group OVER THE BEST INTERESTS of all mankind…, or even what is considered to be “FAIR AND JUST” as per “karmic” lessons and laws within the cosmos.

TIME TRAVEL can simply OVER WRITE the fact that a really “bad human” has to GET BAD KARMA…, because once you know what is coming…., you simply walk AROUND IT – and GET RID OF IT – before it happens.

THE NEW AGERS ARE WAY OUT OF THEIR LEAGUE AT THIS POINT – THE CHANNELERS AND CHANNELED ENTITES MAY AS WELL HANG IT UP – THEIR MESSAGES NO LONGER APPLY.