THE “LILY” WAVE AND PSYCHOTRONIC WARFARE 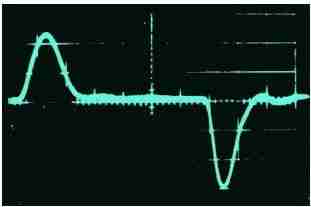 The Lilly Wave was found by John C Lilly and is, in most cases, completely misunderstood as to its usage to affect the thoughts and behavior of humans.

It is described as a bi-phasic electric pulse which stimulates the neurons of the brain to resonate at a certain frequency, thus the Lilly wave has the ability to control the brainwave patterns of the brain.

There is however a far more advanced form and a largely unknown and suppressed purpose in the use of the Lilly Wave.

The water molecules within the brain can be made to resonate at a desired frequency, this causes the electrons that comprise the brains electrical voltages to also resonate at that same frequency.

For example, radio waves emitted at a frequency of 40hz, targeted at a persons brain, will entrain the water molecules to a degree of 40hz and thus the rest of the brains electrons will also resonate at that frequency.

In this manner it is possible to stimulate and control the brains wave patterns remotely, with electromagnetism and also acoustic waves. However, it is imperative to understand that if the wave is not bi-phasic it will result in damage to the brains neurons and cause what is termed, brain damage.

It is not the case that only the brains water molecules can be entrained, it is also true of the blood sugar. Iron within the cellular structure composing the neurons of the brain and various other elements, can also be entrained to resonate at a desired frequency. (Possibly the reason for the attack on tobacco, nicotine is a super blood sugar regulator)

If a molecule is targeted by a wave that resonates at the same frequency as that molecule, that molecule will explode, sugar is a crystal and crystals when stressed, broken or deformed, release an electric and electromagnetic charge, this is known as triboluminescence.

The effect of an exploding sugar crystal is quite damaging to the mind and brain, it creates extreme confusion, dizziness, and also a state best described as lack of awareness, or apathy.

The Lilly Wave frequency is a secret military application, it is known as the “madness” frequency.

The Los Angeles Riots are said to have been the first open test of its capacity to mass control anger and violent response from the mob.

Furthermore, there are other profound effects of entraining the brain and bloods iron molecules, one of which is to cause the iron to condense together via resonant attraction, and clump within the brain. This has the effect of causing the iron to be magnetized and rush to the top of your head, resulting in a rush of blood to the head and extreme confusion and dizziness, it can also be reversed which causes a draining of blood from the head, leading to all out unconsciousness.

In short, the Lilly Wave is best described as a targeted resonance of the brains molecules.
–
Use of the Lilly Wave can pretty much install any brainwave pattern into the mind of any targeted human, such as the negative aspects already mentioned and also to create happiness, or the ability to control ones physical movements. An attack direct to the water molecules is by far the best method to achieve the desired aims.

It is possible to track the Lilly Wave through a spectrum analyser that you link up to a signal source, and if you know what wave forms to look for, in a TV signal for example, you can see all kinds of interesting things–like the Lilly wave.

As already stated the Lilly Wave was found by Dr. John Lily when he was working for NIH, (the National Institutes for Health), in 1959 when they first started implanting dolphin brains and discovered that they needed to give the dolphin brain a chance to respond.

Then they discovered that they could use these same waves on human beings. He was doing work for the Navy at that time, and he got out of that research because he felt so conflicted about what they were doing.

The Lilly Wave frequency will mostly be in the extremely low and sometimes in the ultra low frequency range, but they are complicated as they need to interact with certain brain molecules which have a resonant frequency of their own.
It is strange that the ELF and ULF ranges are classified or 10 MHz controlled frequencies.

–
This is the third step in the Blue Beam Project that goes along with the telepathic and electronically augmented two-way communication where ELF, VLF and LF waves will reach each person from within his or her own mind, from the Smart grid technology, convincing each of them that their own god is speaking to them from the very depths of their own soul. Such rays from satellites are fed from the memories of computers that have stored massive data about every human on earth, and their languages. The rays will then interlace with their natural thinking to form what we call diffuse artificial thought.

That kind of technology goes into the 1970s, 1980s, and 1990s research where the human brain has been compared to a computer. Information is fed in, processed, integrated and then a response is formulated and acted upon. Mind controllers manipulate information the same way a computer for grammar manipulates information. In January 1991, the University of Arizona hosted a conference entitled, ‘The NATO Advanced Research Workshop on Current and Emergent Phenomena and Biomolecular Systems.’

Since 4G (microwave) was implemented in 2010 we have had a major decline in health. With the roll out of 5G…it will be much worse. Right now we are at 2.5Ghz where this 5G will be at 60Ghz. That is a huge jump in frequency radiation.

The deployment of the latest technology that is being inserted on top of the existing mobile phone tech but is not the same as at present, is a subject that needs your attention. Because of the 5G platform, which is made up of small cell antennas everywhere, they will launch an unnatural and round the clock millimetre, milli-wave and microwave radiation transmission, that is far more potent than anything previously experienced from the electromagnetic spectrum. 5G will increase the current 700 to 5.8 billion microwaves per second for cell phone and Wi-Fi data to tablets and laptops to pulsed microwaves of 24 to 90 billion microwaves per second.

The U.S military use the millimetre waves (5G) which travel only a short distance, as a non lethal weapon for crowd control, because the waves effect the surface of the body and cause a burning of the skin at higher levels of power.

The wi-fi clouds formed in close communities are another aspect of this platform that affects the blood molecules direct, and will transform your emotional state by definition of what frequency they transmit through the Smart system.

5G is a system formed with full Legal protection.

–
$17 trillion Dollars is the figure said to be available for the roll out of this technology.
President Donald Trump wants to build his own 5G internet platform in the United States in response to China building the same across China.

Scientists do not fully understand the technology, specific to the mathematics relating to the waveforms created.

There are no safety checks at all carried out on the 5G platform.

Children absorb some 60% more microwave energy due to their moisture content and thus electromagnetic conductivity is greater than that of an adult. Suicidal tendencies are a sign of damage by these microwaves. Establishment scientist Professor Trevor Marshall, the director of the Auto Immunity Research Foundation in California said :

“The new 5G technology Millimetre waves producing photons of much greater energy than 4g and Wi-fi. Allowing this technology to be used without proving its safety is reckless in the extreme as the millimetre waves are known to have a profound affect on all parts of the human body.”

The waveforms used by 5G are known to be at the same frequencies as those used in our bodies at the level at which cellular processes take place, that means it can directly interferer with those cellular processes. There are 4500 cellular structures in the human body each communicating with the entire body. 40 leading scientists groups have warmed that the waveforms from 5G can be harmful to all living species.

Active Denial technology frequencies are included in the 5G platform. This tech can be beamed from planes and helicopters and stand alone vehicles. With this technology they can create many different physiological and neurological effects to the body by shifting frequencies.

Microwaves effect all living things on the planet except bacteria and virus.

5G is being seen as a technology that can create extinctions over five generations, this does not include bacteria and viruses which appear to get a boost from this technology in the ability to reproduce at a faster rate.

Full Range Electromagnetic Spectrometer is the only machine that will pick up the 5G transmitters which operate in a very narrow frequency range.

The plan for 5G is to ensure you are never more than 30 metres away from the 5G Grid..

COVID VACCINE COULD WIPE OUT THE HUMAN RACE

TIME TRAVEL – AND THE WAR FOR THE FUTURE