Not only does your body run on electricity…, but your MIND runs on it as well.  Any time a “study” is done on the human brain, or the MIND…, “electrodes” are attached to the persons head to monitor electro-magnetic data. 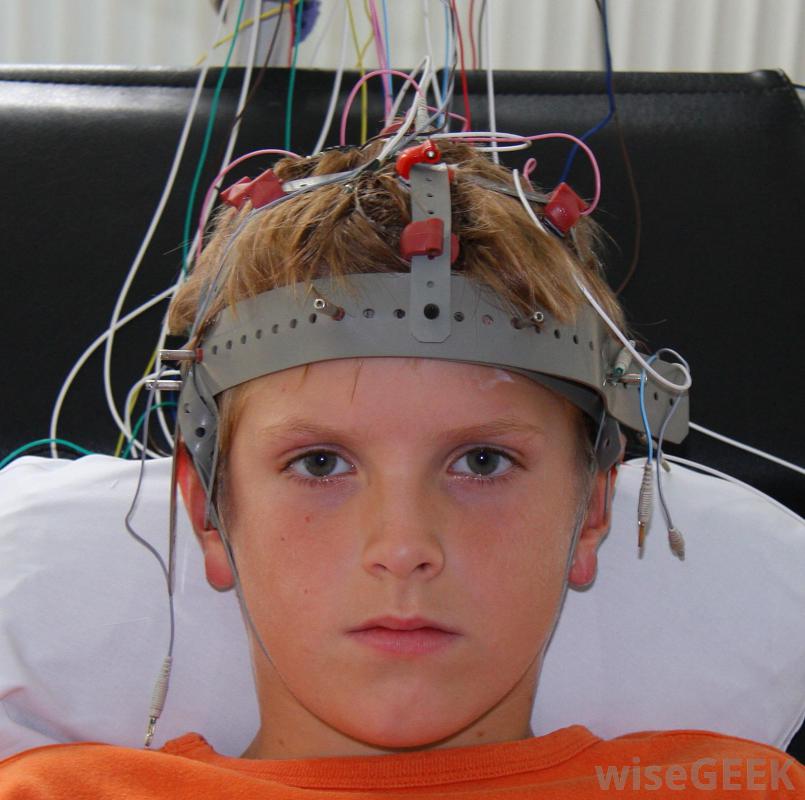 Just in case there is “any” doubt about this…, you can read it for yourself at the MAYO CLINIC WEBSITE located here:

An electroencephalogram (EEG) is a test that detects electrical activity in your brain using small, flat metal discs (electrodes) attached to your scalp. Your brain cells communicate via electrical impulses and are active all the time, even when you’re asleep. This activity shows up as wavy lines on an EEG recording.

An EEG is one of the main diagnostic tests for epilepsy. An EEG may also play a role in diagnosing other brain disorders.

Now…, is it CLEAR?  Is there any part of the above statement that is confusing?  And yet…, almost ALL epilepsy patients are “treated” by injecting them with CHEMICALS!

If in fact…, the “Mayo Clinic” tells us that the brain is “electrical” in nature…, then why the H*LL are doctors doing using CHEMICALS to treat it?

Does anyone out there have a good answer?  Are you starting to see the problem as I am seeing it?

Here is the website of a Doctor by the name of Gregory Carr, who used to work with the astronauts…, and apparently (as the story goes) “ANY” brain problems that were developed in the course of space travel by them was ALWAYS TREATED ELECTRONICALLY by this man.

This is an absolutely stunning website…, that has tons of good information.  This doctor claims to be able to treat almost any illness simply by using “electricity” to RE-BALANCE the brain!

Here’s a quote from his page:

“Changing the way your brain relates to its world”

We provide neurofeedback services dedicated to restoring balance in the central nervous system.

Insomnia and other sleep disorders

*Recently the American Academy of Pediatrics placed neurofeedback as a Level 1 “Best Support” Intervention for ADHD (Attention and Hyperactivity Behaviors). This affirms the success that we see in our clients with ADHD and is an important step forward in recognizing the powerful effects of neurofeedback in providing a non-invasive, non-drug treatment for a wide range of cognitive disorders.

ONCE AGAIN…, HERE’S WHERE THE RUBBER MEETS THE ROAD

Getting back to our discussion on “reality creation” and thoughts!  Thoughts…, which I have already told you are BOTH “electrical” and “magnetic”.

What the DARK CABAL has learned from the ANCIENTS is how things “come into being” here in this world.   They learned from the knowledge hidden in the Vatican Library that “thoughts are things”…, which have a  life of their own!

These “thought things” or “thought seeds” are highly MAGNETIC in themselves BECAUSE they are produced inside of the brain which is ELECTRICAL!

Now, this works both in the positive and the negative, meaning that VERY BAD THINGS can be created, simply by planting the seeds into the universal field and then watering them with BLIND BELIEF.

This is the side of the coin that the CABAL is working on.

Because the Illuminati discovered that REALITY CREATION is part and parcel of a normal, healthy, human brain…, they have done absolutely EVERYTHING they can think of to both CORRUPT and DESTROY the healthy operation of every human mind/brain on the planet through their vehicles of: The Media, Education, Hollywood, Music, Government and Religion.

Oh…, and by the way…, If any of you have really listened to MARK PASSIO…, you’ll remember that he told us clearly that the very “word” Government…, means:

And how many of you are running off to vote in the next election so that our collective MIND CONTROL (government) will have a new leader?

Remember, I TOLD YOU that the gloves were coming off!  No more coddling…, no more gentle nudges.   It’s time to fully WAKE UP and take a look around.

I CAN THINK FOR MYSELF, THANK YOU VERY MUCH!  I DON’T NEED ANYONE ELSE TO DO IT FOR ME.

So what do I mean when I say that “they” are CORRUPTING OUR MINDS?

OUR MINDS ARE ELECTRICAL

They work best in harmony with the base frequency patterns of the Earth.  And yet, in our electronic age…, we are living in a virtual electronic SMOG of frequencies.

With all of the “cell phone” towers out there (not to even begin to mention such things as THE GWEN TOWERS) how hard do you think it would be for a SECRET SOCIETY FILLED “shadow government” to use ANCIENT KNOWLEDGE of how the Universe operates to infiltrate our minds?

Given that our minds are operating very much like radio and television technology ALREADY!

What did I write above?

How, by the way, do you think that Satellites in orbit communicate with dishes or towers on the ground, if NOT by sending out “electro-magnetic” frequency signals in the ELF or VLF band.

But wait…, SURPRISE OF SURPRISES…, our “minds/brains” are running and operating within the parameters of the very same category of technology!

Because the MIND is “electrical”.

NOW DO YOU FINALLY UNDERSTAND WHY IS WAS IMPERATIVE FOR THE PSEUDO – SCIENCE AND MEDICAL COMMUNITY TO TELL US (THE LIE) THAT OUR BRAINS WERE CHEMICALLY BASED?

Because, if we HAD known that our minds were electrical, then we would have very easily made the connection between wide scale “broadcast waves” and the possibility of MIND CONTROL!

Enough for this article…,

Baby steps!  The answers are coming!

A Final Thought for Today

been out of touch for 9 month because currently europe is being invaded by AI, using electrically negative charged plasma units [ connected to the black stone in mecca] to build a highway for extra dimensionals to travel about.

bringing my files up to date i found this site and i thought Love Truth readers might be interested.

You are most certainly not talking to an empty building, at least not in my case. I warmly welcome your wisdom!

Yes, I know first hand that neurofeedback WORKS!!! I have a child diagnosed with ADHD and now Tourettes, and the doctors wanted to keep adding on the meds, and it was so obvious the drugs were causing more harm than good as he had developed verbal tics (cough/grunt that only stopped when he slept). Racking my brain and resources I discovered neurofeedback with only one doctor in my state (2-1/2 hours away) doing this type of treatment. The treatment stopped overactive bodily movements by 50% at the end of 25, 1 hour sessions and stopped the tics completely. Yes, 50% and 100%. It worked so well I was amazed, but even more amazed that insurance won’t cover it. Insurance covered the drugs 100% yet wouldn’t touch the neurofeedback…GO FIGURE!!!

To further add…how many times during a News Cast do you hear the words, “War on____” Yes, fill in the blank with just about anything because they are sending WAR into our heads to be fulfilled in there game called “Boots on the Ground.”