This article by Leo Zagami is a direct PROOF of a letter that Albert Pike sent to Mazzini in 1871 describing how LUCIFERIANS (high level Freemasons) were going to use ISLAM to destroy Christianity all over the world.

THE MUSLIM RELGION IS ACTIVELY WORKING VERY HARD TO DESTROY CHRISTIANITY AS WE SPEAK. 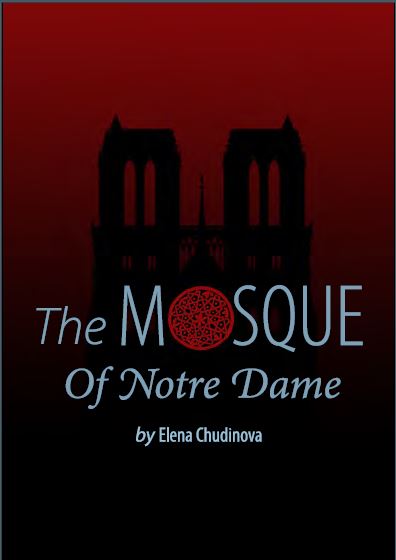 Yes, there will be a civil war in Europe. The question is when and where it starts but it will start within the next ten years, mark my words. “The mosques are our barracks, the domes our helmets, the minarets our bayonets, and the faithful our soldiers,” said the future Turkish President Recep Tayyip Erdogan back in the 90s. Remember that in countries with a significant Muslim population, the number of Muslims doubles every 10 years due to a high birthrate and influx of new people.

The Vatican knows this and is actively participating in the destruction of Christianity and Christian symbols like Notre Dame.  There is no doubt that the Muslim population will eventually try to take over Europe and this will start a war because maybe some, but not all countries, will not give up without a fight. I personally heard Muslim leaders talking about it 15 years ago in Scandinavia.

This process began after World War II by a greedy and corrupt political elite controlled by the Vatican Jesuits and liberal Freemasonry. The details of this treacherous act are still a matter of discussion but a few years ago in 2005 a book with the ominous title The Notre Dame de Paris Mosque envisioned a similar scenario that included the transformation of the cathedral into a mosque while the Basilica of St. Peter in Rome was flattened and turned into a garbage dump.

This almost prophetic work also known as The Mosque of Notre Dame in Paris: 2048 is a dystopian novel writtenafter 9/11 by Russian author Elena Chudinova. The novel takes place inthe year2048 in France, a country completely taken over and ruled by Muslim immigrants. Chudinova, who calls herself a committed Christian, described the book as both a novel but also a mission to open eyes in the West.

In the last few years Chudinova’s vision has become an increasing reality in countries like France, the UK, Germany, and even Italy, that could soon become the possible sites for the outbreak of an upcoming war that will affect large parts of Europe and eventually escalate into a global conflict that will also involve the United States. Chudinova’s novel describes how the Muslim immigrants will seize power in Western Europe and how Sharia will become the law of the land withminarets, burkas, and all the rest.

She writes that Catholic churches will be destroyed and desecrated, something that is actually already becoming a reality as French churches are being destroyed at a terrifying rate in 2019.

In Chudinova’s novel, Frenchmen who do not convert to Islam were shut in ghettoes, just like the Jews during the Second World War, before being sent to extermination camps. Incredibly enough, Notre Dame de Paris Cathedral was turned into the Al-Frankoni Mosque because the Catholic Church turned into a “parody of itself,”  at the very beginning of the Muslim expansion, and finally collapses. Sound familiar?

That seems pretty accurate from what we have seen in the age of Pope Francis, who yesterday evening dedicated Good Friday service to the usual migrants, denouncing leaders with “armored hearts” who exploit their plight for political gain. In Chudinova’s novel, however, only traditionalist Catholics from the Society of St. Pius X remain true to their Christian Faith and return to practice it in the catacombs as in the early days of Christianity. The outnumbered members of the resistance known in the book as the Maquis continue to fight.

The Maquis were once rural guerrilla bands of French resistance fighters, called maquisards, during the Nazi Occupation of France in World War II.The protagonists of Chudinova’s  novelblame the downfall of Europe on liberalism, atheism, tolerance, and the fall of  authority and hollowing out of the Catholic Church through the reforms of the Second Vatican Council.

Even though the maquis understand that their resistance will not change anything, their motto is courageously to “die standing.”After they find out about the impending bloody liquidation of the non-Muslim ghettoes, they join forces with the last remaining traditional Catholics to take over Notre Dame mosque and free it from the Islamic plague.

Will we be able to do this in 20 or 30 years from now? With a storyline lifted from tomorrow’s headlines, this is more than a novel, it’s a promise of things to come if what’s left of the Christian West doesn’t wake up.

A quick Google search reveals that this book has been an underground hit despite (or because of) liberal governments’ efforts to suppress it.

So, whatever happened to the European crusaders that should be preventing this?

It seems they don’t care anymore, most Christian Knights today have lost their faith (including most of the modern emanations of the Knights Templar), they were secularized and you can’t blame Muslims for that.

Day by day, it is increasingly more evident that the Illuminati elite and liberal Freemasons are destroying Christianity in preparation for a One World Religion.

THE TRUE REASON FOR CHEM TRAILS…

and this “clip” seems to be circling around too…

jihad is the Muslim way. I admire the fighting spirit of the ancient Turks,but the fact is that a Muslim’s “sure ticket to Heaven is to kill a Christian” as explained to me many times by an old cowboy from Wyoming who had been in North Africa and Italy in WWII. I must have heard it 50 times growing up. He used to run the door to door religion sellers out of his front yard by telling them there is but on God and his name is Allah and watch them scatter…FYI. Thanks Bradley.