The USA Corporation has had many “new” President’s over the decades and few have been as controversial as this one.  Many of the “Nay Sayers…, and Political Hacks in the Lame Stream Media don’t think he should even be there…, however…, the real truth of the matter is that HE would not be “President” of the USA Corporation if “someone” did not want him there!

The “reality” of his Presidency has started to sink in for many of the “peripherally uninformed” as he gave his first presidential speech.

I like to gage men (especially Presidents) by their very public and televised speeches.   In my opinion…, what they say to Congress and to other human beings who may be watching the broadcast is highly indicative of what they are going to do and what they really stand for!

If I personally had any high hopes for a very TRUHTFUL…, and THOUGHTFUL man gaining the reins of power…, they were most certainly dashed upon hearing and reading about his first speech.

The people have been lied to over and over and over again across many decades.  There is (as we speak) a very dark cloud on the horizon for humanity…, and the time for “deceptions” is over!

Side stepping reality for purely political reasons is not what humanity needs from a man who runs such a gigantic behemoth…, but apparently in order to quell dissension, and foster political allies.., Donald Trump took the middle road in his speech and REVEALED ABSOLUTELY NOTHING in the way of truthfulness…, and forthrightness concerning the condition of humanity.

Maybe he is fearful of assassination.   Maybe his life has been threatened by high level people.

The TRUTH is…., that his speech was lacking in TRUTH

All of the smooth words aside…, the measure of real substance was missing!

If his goal is to gently slide into the Presidency…, (like Barack Obama did) and get comfy in the chair…, then his speech served him well!

If his goal is to change America for the better and to put “people” before Institutions…, then his speech did NOTHING of the sort.

At this turning point in history…, only men with WHOLISTIC VISION will be able to change what is clearly a SATANIC and a DEMONIC Agenda for humanity.

I used to give each new President of the USA Corporation 2 full years to “come clean” and tell the truth about all of the nasty little secrets that was holding humanity in slavery.

But then came George W. Bush…, and I saw that it took his brand new administration only 9 months to arrange and carry out 9-11!!

That means that in that amount of time (if he had been so inclined) he could have arranged and carried out a massive operation of freedom for the PEOPLE!

He chose instead to further enslave them.

Since such massive operations CAN be carried out in such a short time…, Donald Trump need not be PRESIDENT for more than 9 months before he can be rightly JUDGED by history as a hero for the people or a CON MAN.

He has now USED UP…, slightly over a month!

He has also USED UP his very first speech to the world on television and spoon fed “THE PEOPLE” trifles and bobbles…, as if his viewing audience were mere 2 year olds!

What about any of the most important issues facing man kind at this time??

His speech reflected the continuation of the “non” committed…, and abhorrent disdain Washington DC has always had for real “Americans”…, and “the People” who are the real wealth of this land.

The latter is called a LIE OF OMISSION!

It is “deception” cloaked in a fluffy blanket to hide it’s true face and nature.

By NOT SAYING what needs to be said…, a man or woman can STILL honestly be called:   A LIAR

BUT WHAT OF Donald Trump??

In my opinion (and apparently only my opinion) Donald Trump wasted a perfectly good speech and opportunity to prove who he is…, and what he stands for!

Since his NINE MONTHS are nowhere near up yet…., let’s hope that this monumental error will be recognized by him in the coming months…, and will NOT be repeated…, and that he will realize that “the people” are watching his every move.

I know he probably has many “advisors” telling him this or that…, and that to pacify and to please the Washington “herd” is/was the best way to go forward.

However…, the Washington “herd” is a bunch of “self proclaimed erudite” fools and instead of being “passifed”…, need to be spanked behind the woodshed for treason and apostasy!!

This is as serious as it gets!!

And finally…, on a “lighter note”

Some “conservative” friends of mine showed me a “picture” of upgrades made to Air Force One…, since Donald Trump became USA Corporation President and Obama left office!

Here is a copy of that image: 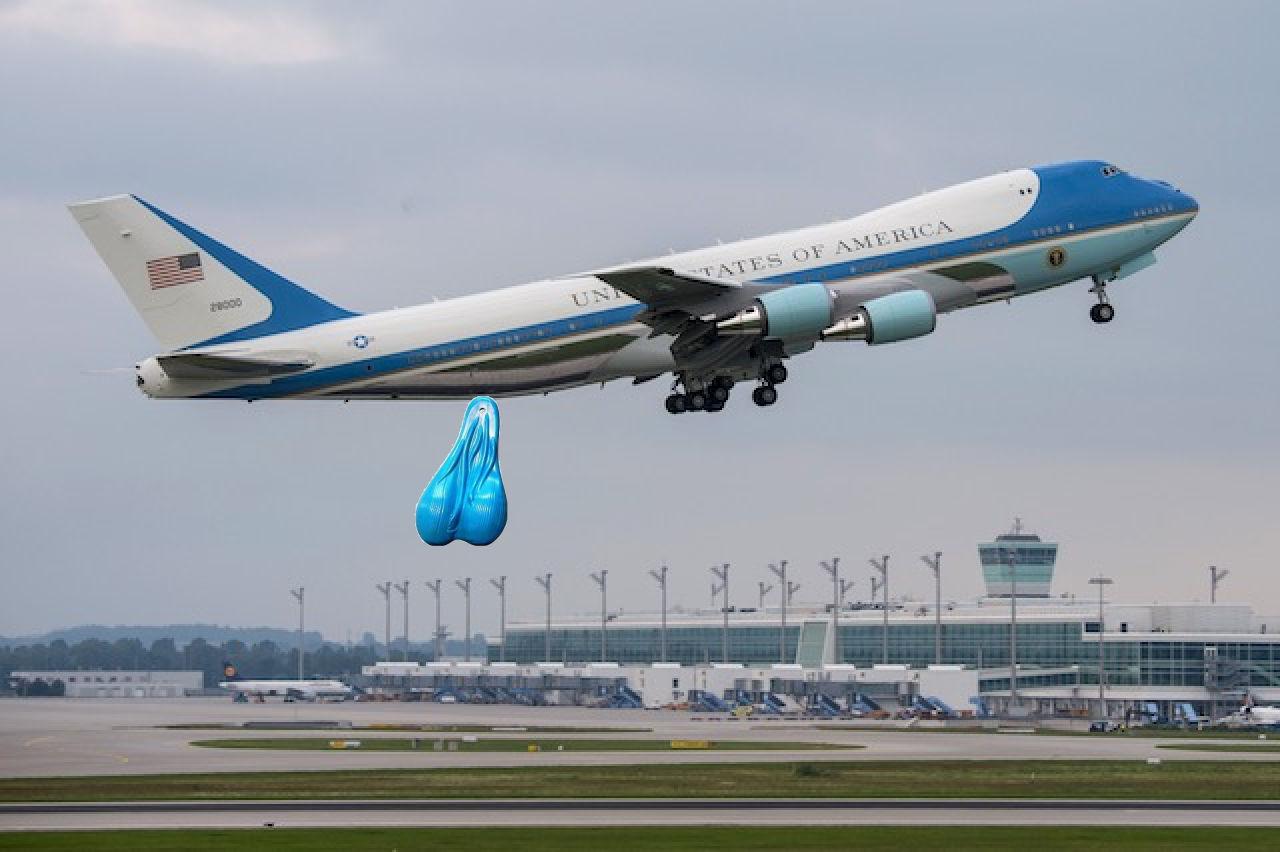 After his first “speech to congress”…, I think Trump may have “lost something” in the process.  Hopefully…, he can find what he needs to be TRUTHFUL…, and really BECOME the CHAMPION of “the people”…

Otherwise…, THE CORPORATION has already won!

ROME IS THE ONLY PLACE IN THE WORLD THAT EXISTS