THE PROBLEM IS NOT WHAT YOU THINK IT IS…

Nor, is the problem “where” you think it is…, (It is NOT with Donald Trump!)

I refer you to a response to comment I made a few days ago on this very blog!

Thank you for this comment, HOWEVER, I would like you to consider that the “fight” that the public thinks TRUMP is fighting is NOT THE FIGHT THAT HE IS ACTUALLY FIGHTING!

Try to think OFF WORLD – OTHER DIMENSIONS – SATANIC THINGS!

Think: Things that go “BUMP IN THE NIGHT”…

Dig DEEP INTO THE Q MESSAGES and you’ll see that this WAR is really about:    “GOD” vs. “SATAN”

Give a wink to the “time travaler”…

I don’t usually post links to Ben Fulford, because his CIA “sources” can get a little sketchy at times, but this week (at least what we can see so far) is fairly close to the TRUTH!

THIS “WAR” IS ABOUT INSANE PSYCHOPATHS WHO WANT TO BRING IN A “NEW WORLD ORDER” – AND HAND OVER THE ENTIRE WORLD TO LUCIFER!

I will post a few of the choice parts below:

It is difficult for sane, reality-based people to understand that the Western political and financial establishment has been hijacked by religious fanatics who are trying to carry out their interpretation of Biblical prophecy with the murder of 90% of humanity and the enslavement of the survivors. Nonetheless, overwhelming evidence shows this is exactly what is going on.

We will not lay out, yet again, all of the evidence here; we will just look at what U.S. President Donald Trump’s son-in-law Jared Kushner has been up to.

The Kushner family bought a building on 666 Fifth Avenue in New York at way above market prices.

And yes, despite a major attempt to scrub this information from non-“conspiracy” websites, we can confirm that Lucent Technologies was based there and was developing an implantable RFID chip. Here is an article from a science magazine about what these chips are intended for:

[A quick Note to the wise here: “Lucent” is a derivitive of the word Lucifer”!   Lucent means: shining, transparant or clear, while Lucifer is considered to be the “Light bringer” by the Satanists!]

Let’s read on, because this is VERY IMPORTANT to know who the Kushner family really is!!

We must also remind ourselves that Kushner is a member of the radical Chabad sect that aims to have 2,800 slaves for each of its followers after the rest of humanity is killed.

In other words, it is possible to factually confirm that the son-in-law of the president of the United States is part of a group that is trying to actually turn the following Biblical prophecy into reality:

“Also it causes all, both small and great, both rich and poor, both free and slave, to be marked on the right hand or the forehead, so that no one can buy or sell unless he has the mark, that is, the name of the beast or the number of its name…and his number is 666.”

At this point, it is worth reminding readers that this verse is from the New Testament, and not the Jewish Old Testament, so this is not a Jewish plot and these people are not real Jews, but rather those who worship Satan.

Once again the old adage, “Truth is stranger than fiction,” is turning out to be true.

Now we can start to pin this to recent news events. First, take a look at the photograph in the following link of Trump meeting with Chabad leaders on March 29th:

After meeting these people, Donald Trump signaled his reluctance to go along with their crazy plot by announcing that the U.S. was going to withdraw from Syria.    So what happened?    Why did Trump suddenly order the attack on a Friday the 13th, of all dates?

The answer, according to CIA and other sources, is that the Khazarian Zionist crazies,   desperate as their control grid collapses, carried out a massive campaign to force the U.S. and Russia into World War 3 and thus start their long-planned Armageddon.

The key was the raid on the offices of Donald Trump’s lawyer, Michael Cohen, on April 9th.

The aim of the raid was to find material with which to blackmail Trump and thus force him to order an attack on Russian troops in Syria and start WW3, according to CIA and Pentagon sources.

Since Trump’s Atlantic City casinos went bankrupt in 1991, 1992, 2004, and 2009 and since Trump was likely to have been bailed out by Russian gangsters and other dubious characters, there can be no doubt that plenty of blackmail material was found.

The U.S. military responded by posing for the following picture on the night of the raid. 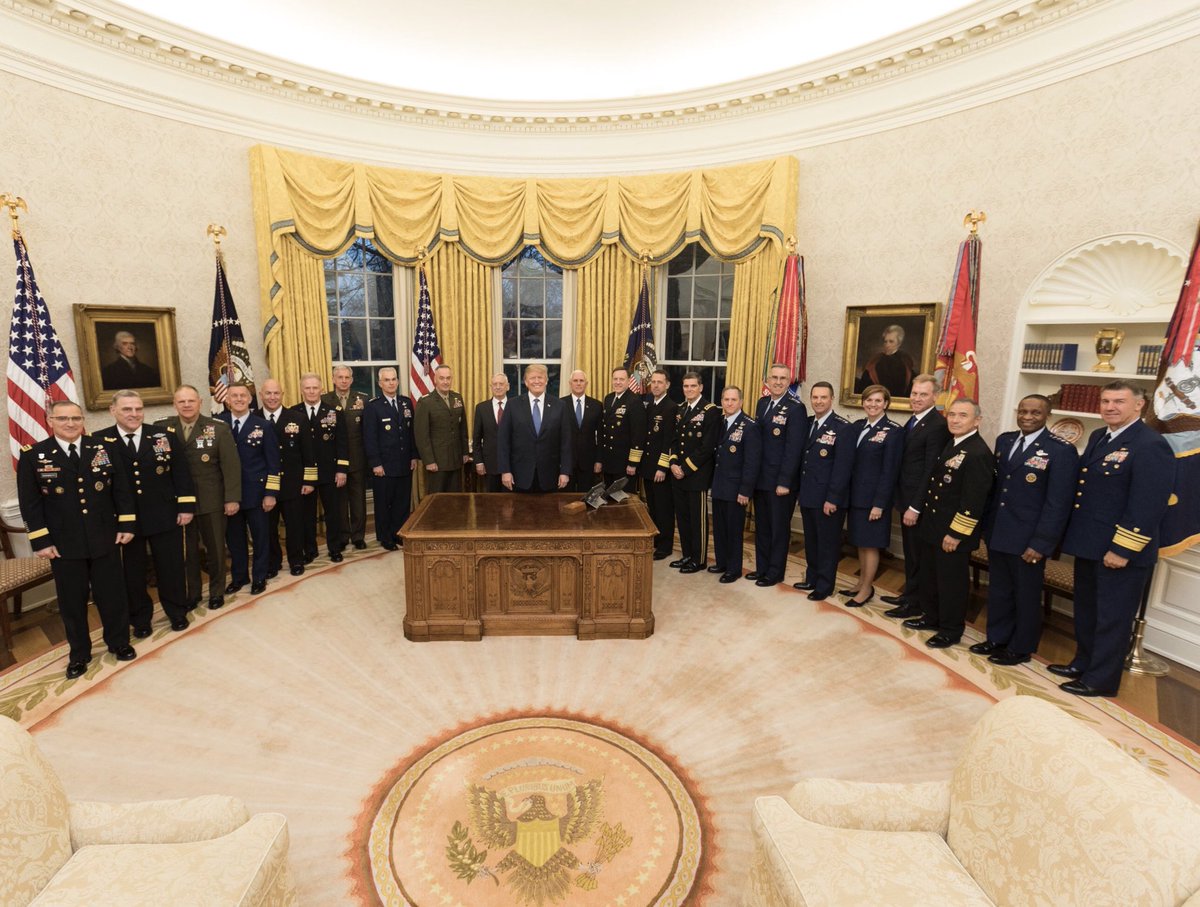 The message is that the U.S. military is solidly behind president Trump,” and “the message to the cabal is indicated by 9 on the left – and 11 on the right,”   Pentagon sources say.

Ben Fulfords “sources” can sometimes be quite dubious, but in this case, it alligns closely with what I believe to be happening!  As I said above:

This WAR that the lunatic psychopathic LUCIFERIANS are attempting to start, is the WAR that will end all of humanity as we know it – and ENSLAVE THE REST!

But gee, I can point out about 50 articles that I wrote 3 and 4 years ago SAYING THIS EXACT THING!

But who pays attention to me??

As Q is so fond of saying, and I’ve taken to repeating:

The future PROVES the past!

Or, what happens a month from now, proves that what I wrote a month ago is ACCURATE!

Or, what is happening NOW, proves that what I wrote 3 years ago is ACCURATE!

A NEW MYSTERIOUS LEAK that SEEMS TOO REAL “ARE YOU READY TO SEE WONDERLAND?”
https://www.youtube.com/watch?v=a8x4FfUuXnQ

IT GOES UNDERGROUND 2 “ARE YOU READY TO SEE WONDERLAND” PART 3 – THE UNDERGROUND EVIDENCE
https://www.youtube.com/watch?v=iMbbDSLGTDk

ARE YOU READY TO SEE WONDERLAND 4 – A LINK TO A NEW WORLD
https://www.youtube.com/watch?v=4RFz0f7fWsA