It is a literally “Weapons Platform” specifically designed and deployed to be used on innocent people in order to shift and to change reality around them.


This is an extremely sophisticated tool designed to actually mess with UNIVERSAL HARMONICS through changes in frequency and resonance!  It breaks every single one of GODS LAWS!


The goal is/was to create reality shifts, and thus provoke Time Line shifts, around certain targeted people in a grand attempt to force even larger and larger groups of people around them into alternative Time Lines (like Time Line Two). 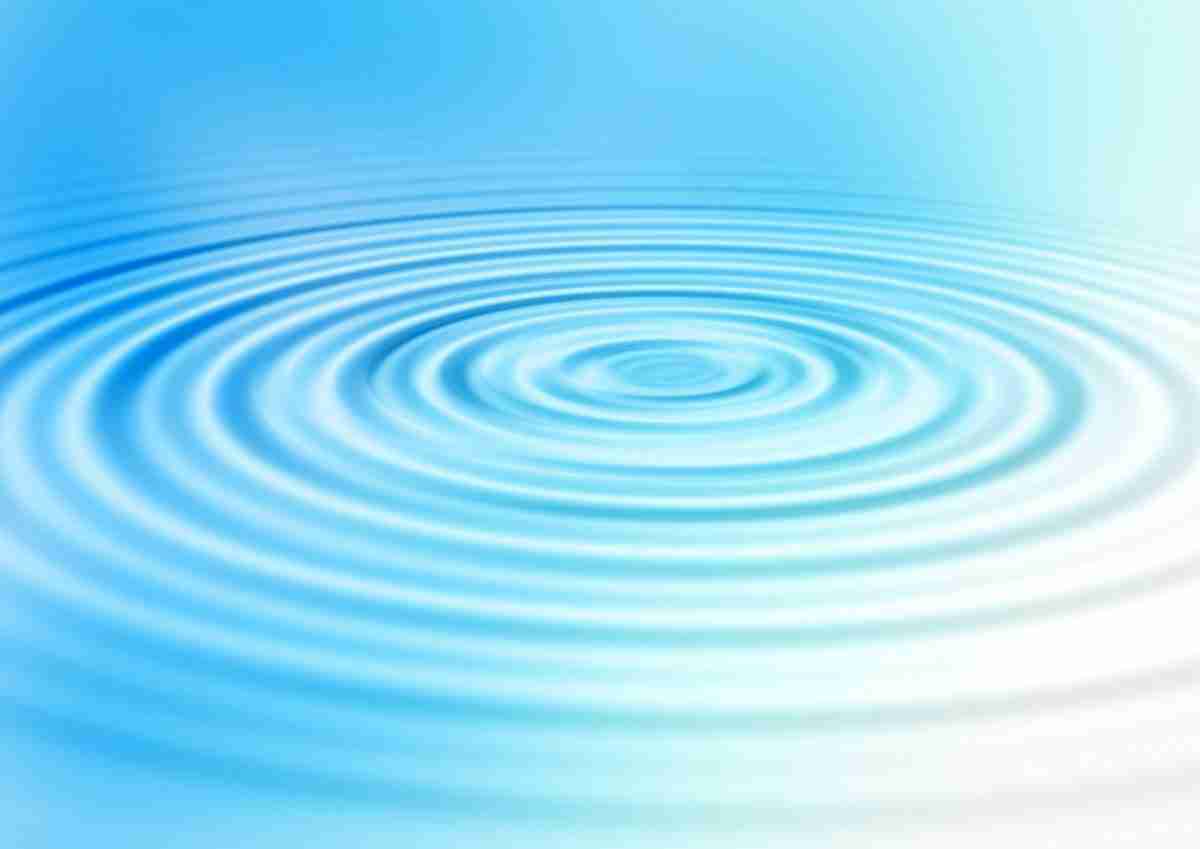 All dark actions can be seen in terms of Cause and Effect. Torturing people with hidden technologies sends ripples both forward and backward IN TIME – and causes changes that can go out into the Galaxy even affecting other worlds and planets.

This technology is literally a TIME & REALITY SHIFTING PLATFORM devised by the Orion Group with the help of the Draco and the Satanists (Freemasons) who are living here on the Earth and support them.


In the ten minute audio clip below, Gene Decode and I discuss the human soul, the Draco, and the V2K Weapons Platform that is being used against INNOCENT TARGETS.

Again, using this “technology” is in fact a Declaration of War against any human being it is used on – and is a crime against humanity and a crime against GOD for all kinds of very obvious reasons.

In the case of Volunteer Souls – those souls who came to the Earth in order to do important missions – destroying their lives not only destroys the mission, but also causes great harm to the millions of human lives that these souls were intending to help!

This is what I meant when I say that the Orion Group, the Grays, and the Draco very literally went to WAR WITH GOD!

They (the Orion Group and their other Dark Allies) literally became obsessed with taking out all of the reinforcements that GOD HIMSELF was sending into the game – and were doing anything and everything they could do to nullify the effects of HIS PLAN (a positive Ascension) in exchange for their own plan (an Earth destruction scenario) leading to an Alternative and very negative Time Line.


Thus, just like the age old images have always show us – in very real terms it became a war of holy angels fighting with demons for control of the Earth and which direction Earth would go!   In other words – their “war” was ALWAYS ABOUT SNUBBING GOD AND HIS PLAN. 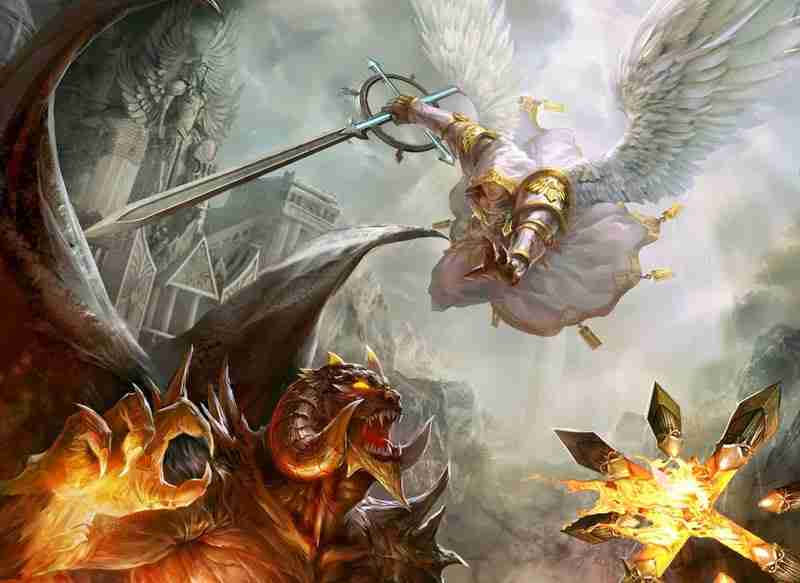 
The men and women that are working inside of these huge hidden “call centers”  are not just targeting regular human souls – but they are most likely TARGETING VOLUNTEER SOULS.  This is just like a 2nd grader walking up and slapping his school teacher right in the face and then punching her a few times for good measure.

(There will be consequences for such actions)


Because they are doing this, and they are actively working with the followers of LUCIFER, they are aiding and abetting in his unholy rebellion against GOD THE CREATOR OF ALL THAT IS.

They are “following unlawful orders” that they, just like those who were prosecuted in the Nuremberg Trials, will come to deeply regret.  Each human soul must always decline to follow evil and unholy orders no matter what the personal cost.

GOD holds them fully accountable for what they use their own hands and minds to do.


This is why if you are going to be working inside of the military, always make sure that you are working on the GOOD SIDE and doing GODS WILL – not just working on the DARK SIDE.

MORE ABOUT V2K TACTICS – THIS IS NOT A GAME

Once again – be warned – this is very dark stuff!

It is not just the human mind that the V2K /Voice to Skull Weapons Platform – seeks to control, but IF you’ve studied the image I’ve placed at the beginning of each new Part of this Series (like I asked you to) then you’ll see that this Weapons Platform can ALSO have a very serious effect upon the targets Central Nervous System!

Because the entire human body works on tiny electrical signals – then if a human beings DNA Frequency is known – certain broadcast waves can interfere with or change almost any normal function of and within their body – and make it go haywire.

Human DNA should never to be messed with!

For instance, certain broadcast frequencies can cause a target to feel like they are going to vomit.  Others give them extreme headaches.  Others can cause them to be unable to digest food properly and have constant stomach pain and indigestion.

Certain frequencies can cause extreme and constant sexual arousal, or cause people to feel hungry even if they’ve already had too much to eat.

So, when the military “operator” – who is only following orders inside of some hidden Pocket Reality and actively targeting a living human being and making what literally amount to commands into the targets mind – and the target refuses to comply with those commands and the operator can see (because the operator can see everything that the target is doing) that the target is not complying with his commands – then various buttons are pushed and frequencies are sent out which then cause extreme pain in any number of ways as PUNISHMENT to the target.


AND NOW WE ARE CLEARLY TALKING ABOUT THE TORTURE OF A HUMAN BEING.

The target may immediately experience a migraine headache for hours – or may feel unable to eat for a day or two, or may feel tired and lethargic and can’t go to work to earn money. The target may feel extreme sexual desires suddenly and not be able to keep from acting on them.


IN WHAT WAY IS THIS ANY DIFFERENT THAN HOLDING A GUN TO SOMEONES HEAD AND COMMANDING THEM TO SIGN A CONTRACT THAT THEY DON’T WANT TO SIGN??

Does GOD hold these people accountable for any of their actions?

NO HE DOES NOT!

Instead GOD holds the “operators” in the D.U.M.B.S. and the Pocket Realities fully accountable according this most sacred law:

The sickest operators – most likely Luciferian Military Operatives – (the ones who actually LOVE to do this kind of torture and really enjoy it) – will use the most extreme control of a human beings body to torture them for long and extended periods of time.

There are certain frequencies which can actually keep people from being able to control their own bodies muscles for excreting urine (peeing) or defecating (pooping).

THESE PEOPLE ARE SICK!!


The V2K Weapons Platform was designed to use FREQUENCIES to literally take over a human beings entire body through the hacking of their Central Nervous System in order to control them like a robot or a puppet.


Study this image and LEARN IT – this is not a game!

As for me, I have not just experienced some of it – but as an EARLY TARGET who was Beta tested for years – I have experienced ALL OF IT!

I SUPPOSE MANY READING THIS STILL DON’T THINK THIS IS A BIG DEAL AND NEEDS IMMEDIATE ATTENTION?  PERHAPS YOU EVEN THINK THIS IS FUNNY?

Well, get a grip because you and your family are NEXT!

Repeat:  Because the entire human body works on tiny electrical signals – then if a human beings DNA Frequency is known – certain broadcast waves can interfere with or change almost any normal function in their body and make it go haywire.

The DNA is never to be messed with!

What do you think the JAB was all about with its mRNA modifier?  Why are they putting NANO-TECH and GRAPHINE OXIDE into every single human beings body with the JAB?

If you’ve gotten the JAB, do you think it is funny that your body has now been turned into a “magnet”?

I, and tens of thousands of “Targeted Individuals“, were merely the BETA TEST for the world wide roll out of something so very evil you just can’t even imagine it.  If you haven’t been messed with in this way (even if you’ve been JABBED) then they simply may not have decided to focus on you (YET).

What most people just don’t understand (because the followers of Lucifer can LIE so well) is that all of this stuff is very real!  Also, these followers of the Dark Side have real ships, super advanced technologies, weapons & tactics, and battle hardened troops that can go back in time (time travel) thousands and thousands of years.


If only the Christians who are living here on the Earth (at this point in time and over the last 70 years) had loved Jesus Christ as much as these Satanists loved Lucifer – then NONE OF THIS could have gotten as far as it got.


The Satanists may have been purely evil and totally misguided, but they are, one and all of them, completely dedicated to working for and bringing about these very dark ideas into reality!

THEY ARE ALL IN – and have devoted their entire lives, their families, ALL OF THEIR MONEY, and their sacred honor into doing the will of Lucifer!

How many who say they love GOD can say the same?


How many people have donated their entire lives, their families, their sacred honor, and ALL OF THEIR MONEY into doing the will of CHRIST in order to save mankind from a horrible fate?


So why then did GOD allow this to go on for so very long you might want to ask?

Do the words “luke warm” mean anything to you?  And, what exactly is the difference between the idea of  “lukewarm”  and  “all in”?


As one of GODS Volunteer Souls – someone who has been fighting for his very life and for the right to survive in order to do a sacred mission, it has been like watching a Soccer Match where only one team showed up on the playing field (team Lucifer) while the opposing team was sitting on the side-lines having lunch, telling jokes, and wondering why there were no “GOALS” registering for their own team on the scoreboard!

Perhaps team Christ actually has to be out on the playing field and very intensely playing the game in order to score any goals?  Just a thought!

Praying is not DOING!

And regardless of what anyone may think of these Freemasonic/Luciferians, they certainly are “doing” plenty.


AND FINALLY – ENTER THE JAB!

Get ready people – because you may find that many will either have to learn how to swim really fast, or just drown!

GOD wants everyone to actually get up and DO SOMETHING!  HE wants us to stop complying with EVIL and just say NO!   HE wants this even if our jobs and our paychecks are on the line!

Far more is at stake here than just a stupid job and a stupid paycheck!  Our very lives may be on the line if things don’t change!  It is time to “get into the game and score a few goals for the good side”.

If you like what you just read, watched, and heard, please buy me a coffee !