ITS NOT OVER UNTIL THE LARGE LADY SINGS

Having clearly missed the 2012 to 2015 window of opportunity to PROVOKE our Earth into shifting over from Time-Line One to Time-Line Two, those who are of a Luciferian persuasion have not thrown in the towel just yet.

They are all VERIFIABLY INSANE!

But it is not just me who is saying this and working so hard to tell anyone who will listen – it is also some very intelligent military people (for example former Navy Seals like Bill Wood) who will tell you the exact same thing.

Listen to this 2 minute video clip!

It just can’t get any more clear than this my friends!   And if you stop to think for a moment about what he says in the last seconds of the clip it suddenly makes sense.  He says this:

Since they did not get away with what they were attempting to PROVOKE, namely the destruction of the Earth, they are now insanely terrified of the punishment and the consequences they are about to get for what have they been doing over the last 70 years!!

Not only are these men and women (term used very loosely) criminals here on the Earth, but they are also COSMIC CRIMINALS in the Solar System and in the Galaxy!

They not only “chose poorly” – they chose INSANELY. 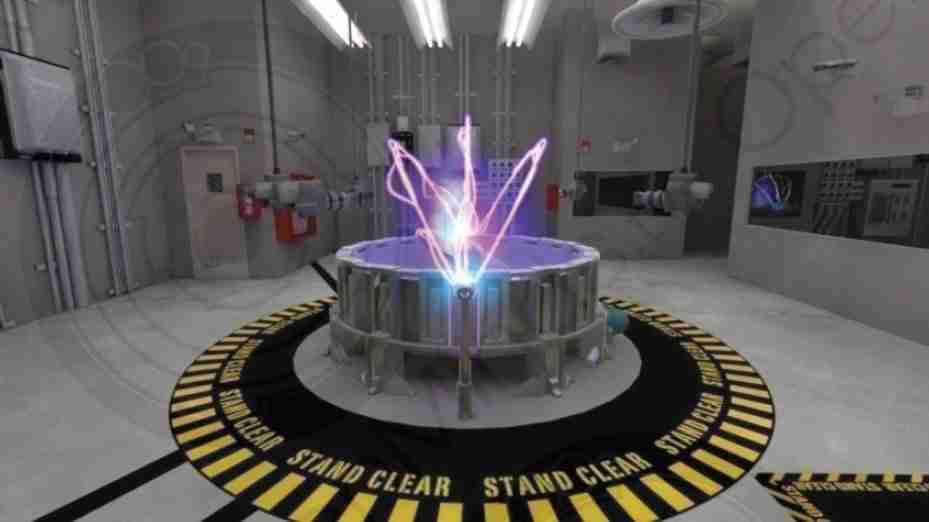 TRUMP AND THE ALLIANCE GET CONTROL OF THE “LOOKING GLASS”

Sometime after Donald Trump became President (most likely around 2017) one or more of the “Looking Glass Devices” were brought out and once again placed into service.

This time however, instead of being used to seek the best way in which to destroy the Earth, or who needed to be tortured and killed in order to shift us all from Time Line One to Time Line Two, it was being used by the “White Hats” to see how to defeat the Illuminati and the Cabal.

In the very first interview I ever did with Gene Decode, he confirms exactly what I have been saying all along, namely that reality is “collectively created” by all of our choices.

He says that the Illuminati and the Draco (Orion Group) have been actively using “Looking Glass” to see what they could do to FORCE us all into making very poor choices in order to PROVOKE a shift.

He further revealed that there were actually TWELVE COMMANDMENTS or COVENANTS between GOD and humanity, and that the most important Commandment/Covenant between all of us and God was this:

Just as I’ve written many times before, GOD will allow the consequences of our choices to come back to punish us – if our collective choices are BAD or EVIL simply because we sowed evil and so we must now get or experience evil (collectively) to atone for that.

The Cosmic Crime (against GOD) that the Illuminati was actively engaged in over the last 70 years was attempting to FORCE the rest of us (through technology) to make choices that we otherwise would never make – thus not only infringing on, but actively interfering with our sacred FREEWILL.

All of the New Agers who say never to “judge” anyone are correct only in the sense that we should respect the choices of others – but they are horribly wrong in thinking that we should never “do anything” to put a stop to evil, because allowing evil to be done around us – will always bring evil right back to us.

In the case of massive amounts of EVIL being done here on the Earth – the consequences of all of that evil will affect every single one of us living here.

If you allow your roommate to rip off the roof of your shared home in a rain storm – then BOTH of you will get rained on…, not just the one who ripped  the roof off the house.  You are BOTH living there and so you both get wet.  Not “Judging” your roommate for what he just did does not keep you from sharing the consequence for his stupid behavior.


Please view this short 5 minute clip from our September 2021 interview:

Getting back to the reason for this important series (the targets) – we find that once again the Illuminati was and is using super advanced technologies to get into the minds of innocent people (through broadcast means) and to speak to them inside their heads.

Doing this kind of thing is bad enough and is a total invasion of privacy – but the torment and the torture that the mindless minions who are working out of the DUMBS – or from these huge call centers located inside of Pocket Realities/Universes is literally off the charts!

Again, what they are trying to do is FORCE good and decent people (through means of torment) to make poor or bad choices.  I’ve been in contact (over the years) with many unfortunate souls who have had these kinds of things done to them.  The stories are varied, but the torment and torture is ALWAYS the same.


To help my readers understand, for the very first time I am going to open up about some of my own experiences with V2K that I’ve had over the last 40 years (done to me by military people) who are/were hiding like cowards in underground bases and using every means at their disposal to Mind Control me.

V2K was only in its early years when they started using it on me, most likely after figuring out that I was never going to just give in to the ordinary worldly sins that everyone else was giving into.  “They” saw me as a “threat” to the TIME LINE SHIFT – and so they took action.


The very first message I got – repeated into my head over and over again by these military/DARPA monsters – was that I needed to start HATING people immediately.

This was in the early to mid 1980’s when it all began, and at that time I was a VERY loving soul who could not think of hurting anyone else.  I knew that I had a mission to do here on the Earth and was already preparing for it.

Because I was very bright, and knew my own mind quite well – I learned very quickly that these “thoughts” were not my own.  Still, it was an extreme mystery to me just “how” I could be hearing another voice (not my own) inside my own head.  The “suggestions” were both disturbing and persistent.


Just like in the movie “GHOST” where Patrick Swayze sings “Henry the 8th I am” all night long to Whoopie Goldberg – these military monsters were using the same tactics when speaking their thoughts and suggestions directly (and secretly) into my mind 24/7.


This had to be done in secret because it was very literally a hidden Declaration of War against another individual!  This kind of thing could go on and on and on – 7 days a week – 365 a year without stopping.

Now also remember the reason for doing it in this way!

All TARGETS had to “seem” as if they were CRAZY.  None of them (if they were GODLY souls) would have any enemies and no one would really want to hurt them – so an external attack on so many millions of good people world wide was just not in the cards for the Illuminati or their ORION GROUP ALLIES.


The goal of course was to get the TARGET to crack and to hopefully give in to whatever “demands” the operator was making or suggesting to them secretly.

With me – at first – they were hoping to turn me away from my GOD/SOUL – and to get me to stop being “kind” to everyone and to instead start to “hate” others.  Simple, and very direct.  All my life, I had done nothing but good things and they were determined to change that.

Now remember, these are real MILITARY people doing this.

They work for the Government and YOU are paying their salaries.  Countless Senators and Congressmen KNEW about this technology and even sanctioned its use! 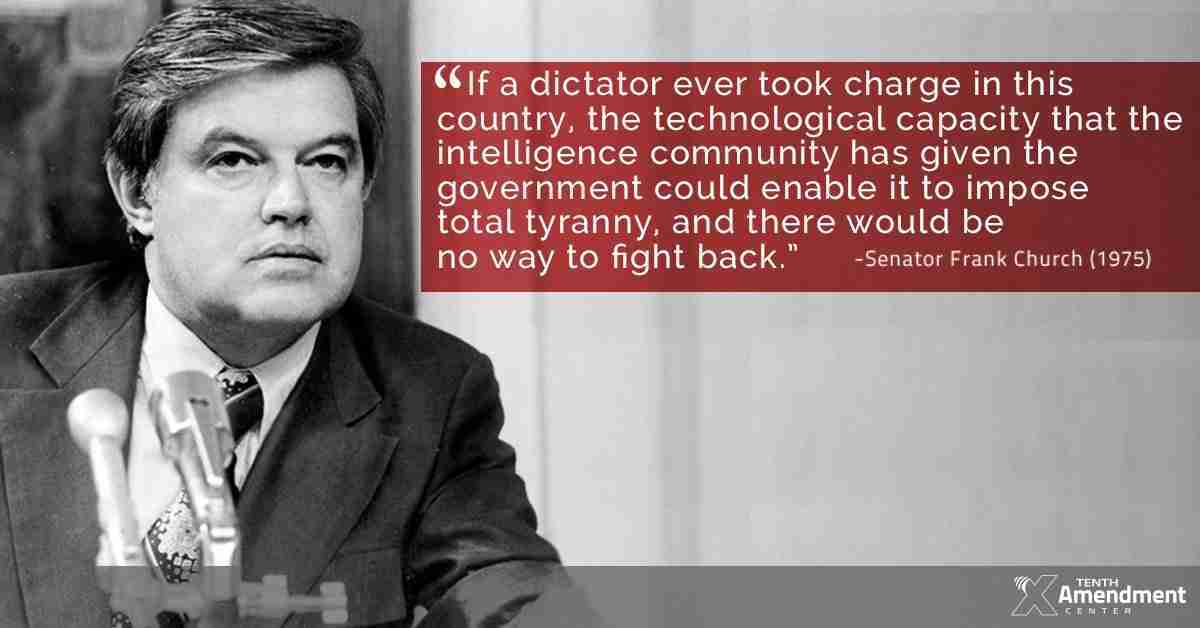 Later on, I would learn that the military also hired “Private Contractors” such as former detectives, off duty police officers, and deputy sheriffs to do this kind of “hidden work” as well.


Regardless, who ever the “operator” is – If you deny the suggestions or the thoughts that they are pushing into your mind – then they PUNISH you by repeating it over and over and over again, giving you no peace.  The “punishment” gets far, far worse from there if you continue not to comply.


Naturally there would have to be rotating shifts of dozens of men and women watching and operating on a single TARGET to achieve that kind of constant coverage.  The amount of money spent on a single Target for that reason alone would run into the millions of dollars per year.

Many more “suggestions” were made to me in those early years – each one just as despicable as the others – all very evil, and all very Satanic or Luciferian in Nature.  This is the tip of the ice-berg and as this series progresses, I will get deeper and deeper into what they did to me personally – and why!

REVIEW – WHY WERE/ARE THEY DOING THIS TO SO MANY LOVING SOULS?


Because GOD HIMSELF sent very high level souls to the Earth to STOP the shift from happening.  He placed millions of extremely good souls all around the world to help LIFT UP the resonant frequency of those around them due to their own Godly ways and Godly behavior – thus holding us all very firmly on Time Line One.

THE ORION GROUP and the Satanists who were supporting them wanted to create a shift from Time Line One over to Time Line Two.  They were trying to “PROVOKE” the shift.  The only way to do this is to “destroy” the natural HARMONIC RESONANCE FIELD being placed into and created around the Earth by Godly Souls!


Remember also what GENE said in the video clip above when he described what they did to the World Trade Center.  That was a huge attack on the HARMONIC RESONANCE of the global population!  It was specifically designed to FORCE US ALL – to change over from love to HATE.  From confidence to FEAR!

They used the MEDIA to help them in order to create a “terror” scenario – and then used that as an excuse to take away rights and freedoms that would FORCE US into difficulties and hardships which would have an even further debilitating effect upon the HARMONIC RESONANCE FIELD around the Earth.

Along with this – they started raping, torturing, and murdering young children in the Underground Tunnels and Bases in order to shove as much EVIL, DARK, ENERGY into the Magnetic Grids of the Planet from that side of the coin – all in an extreme attempt to provoke a “destruction scenario” where our planet would Jump From One Time Line to another.

I’ve written this over and over again!

This is what the Dark Magicians, the Draco, the Orion Group, the Grays, and Earths own Luciferians/Satanists and high level Freemasons wanted to do!

They wanted to make this shift from one Time Line over to the next!  But GOD HIMSELF was against it.  HE was the one who sent the Volunteer Souls!


So they simply went to “WAR” with GOD.

If you like what you just read and viewed, please buy me a coffee !

Would just like to say Happy New Year Brother. From a long time loyal reader and fellow witness, God Bless and Thank You for all You do.
I know this link doesn’t fit directly with this series, it does however do a good job explaining the connections between sound, light and magnetism.
LIGHT & MAGNETISM: Deepest Secrets Nikola Tesla (bitchute.com)