Apparently the “WAR” department does not go to movies…, because they have just created the very A.I. “machines” which will probably destroy the world!

We get this headline:

Now…, for anyone with a “brain” out there…, tell me…, what could go wrong with this picture???

Giving a “fighting” and “killing” machine…, a MIND of it’s own? Sure…, what could possibly go wrong?  Are these people INSANE?  Oh, wait, YES…, they are insane!

So how long do you think it will be before these things get smart enough to start picking their OWN targets?

Remember my friends…, these things are happening becauase YOU are not saying: I DO NOT CONSENT TO THAT!

I make that statement daily…, on everything I don’t agree with…, do YOU?

You do have a roll to play in helping the planet…, and if you just roll over thinking someone else is gonna “SAVE YOU”…, I’m sorry…, you’ve been lied to!

Read the article below: 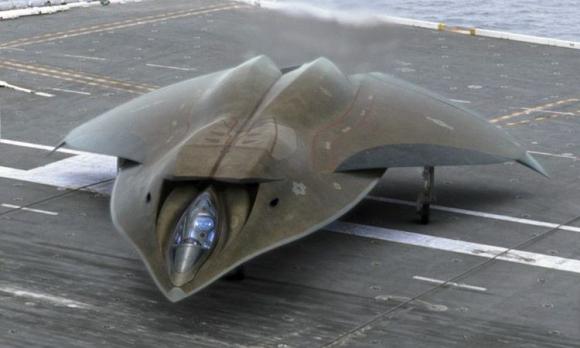 AI: the US reveal ALPHA, the best rider on the planet

It’s called ALPHA and is an artificial intelligence created by Psibernetix, a company founded by the University of Cincinnati in collaboration with the Air Force Research Laboratory. As is clear from the reports published by the Journal of Defence Management, ALPHA is one of the best fighter pilots in the world.

In dogfight simulations with former Air Force instructors with thousands of hours of flying behind him, ALPHA would never be torn down. Indeed, it would be passed to the counter of his human counterpart.

ALPHA is currently defined as “the A.I. more aggressive, reactive, dynamic and credible ever created “.

During the first tests, ALPHA fought with various simulators, the same currently used by the Pentagon to train their pilots. Specifically designed for dogfight, its archive contains all the maneuvers of its digital and human opponents: statistics, simple and complex decision-making models, real and simulated maneuvers.

What sets ALPHA is that the transition from defensive actions to those elusive offensive, happens instantly. ALPHA is based on a decision-making system called “genetic fuzzy tree”, the fuzzy logic algorithm. His approach provides for the subdivision of an X complex problem into sub-activities. These include all the tactics adopted by man. By relating to the variables, the AI takes complex decisions with extreme speed.

ALPHA, according to the data, calculates the best maneuver in a complex and dynamic ambiante, 250 times faster than its human opponent. The aspect that most fascinates researchers is the reactive capacity. The A.I. Adaptive reacts instantaneously calculating the possible intentions of the enemy pilot.

ALPHA appears to have been designed for a cyclic flight profile for defensive and offensive actions constants. In fuzzy logic, the system basically calculates an immense web of forecasts for a possible action / reaction. Priority is given by the analysis of the context.

In the Journal of Defense Management it is stated that “the current primary objective of Alpha is to serve as an intelligent hostile force for the training of pilots as part of the Advanced Framework for Simulation”.

The fate of ALPHA is clear. The Air Force Research Laboratory provides for its implementation in a real cell by 2025. In the meantime, we are evaluating new aerodynamic models for the physical platform. The A.I., Meanwhile, will continue to expand its capabilities, serving as a tester for the Air Force Research Laboratory prototypes. The first operational step within the next five years old when ALPHA will serve as a wingman in a mixed crew, so as to learn the decision of tactics in real contexts.

Whereas in the development and testing of military and what is shown to the public there is a gap of about 20-25 years, ALPHA may already flying for some time in one of his even more powerful version.

So…, what can you do?
Stop reading CHANNELED MESSAGES…, and start “engaging” in the world around you!  Start gettting real about what could happen if you don’t get involved in the process of “deciding” what you want to have happen here.
Share LoveTruthSite !

OUR HISTORICAL “REALITY” IS CHANGING (and people are noticing)

THE HUMAN “HERD” – AND THOSE THAT “MANAGE” THEM.

Hi Bradley,
here is a link to another topic.
I think you will be interested in looking it.
It is about clouds above CERN, taken at 24.06.16
You only need to look at the first minute.
http://mysteriousuniverse.org/2016/06/photos-of-strange-clouds-over-cern-causing-concern/