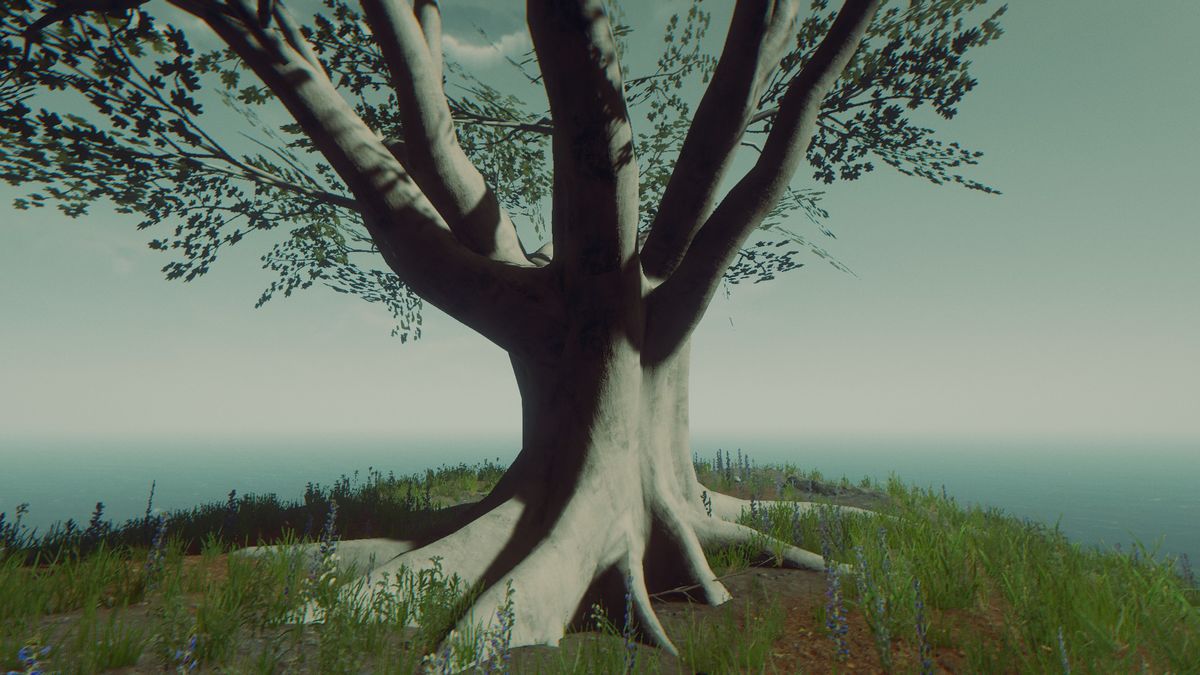 ALL OF LIFE IS SACRED

The tree grows up from its roots…

It becomes a tree as a result of a single seed. Truth be told, everything that the tree will be, is held inside the seed long before we ever see the tree!

Long ago, I gave a huge “hint” to the time travelers, and also to the “good military” on this world.

I wrote a tiny piece that was really more like a chart than a spiritual post!   And, funnily enough, once you have a “chart” in your possession –  if you are a navigator – you can then “chart” a course!

The chart was simple – and it was called:

HOW CHILDREN SHOULD BE TAUGHT!

That chart appears here as a repost:

HERE IS “HOW” CHILDREN SHOULD BE “TAUGHT”

DOES ANYONE THINK THIS “CHART” WAS AN “ACCIDENT”


If you think that it was an accident, then you have not been paying much attention to the letter “Q”.

There are NO accidents – and there are NO co-incidences in what I write.

Seek out the very first day that I published this “chart” – and you’ll see something interesting! The last paragraph or part of the chart before the application level was this:

Now, I may not be the smartest tool in the shed, but I know one thing for certain, and what I know is that THIS single paragraph above drew the undivided attention and the “intense scrutiny” of some very important people in Academia and Industry!

The questions on their minds were:

Metaphorically speaking, the paragraph just above that I called your attention to is the FRUIT of an already growing tree.

However, if you really look closely at “The Entire Chart” – you can easily see what the seed of this tree was from the start!

Now if you are wise – you will use this chart to “Chart a Course” – and it will take you straight to the FRUIT of this very interesting TREE OF KNOWLEDGE.

The very first paragraph of the “chart” is the SEED for the rest of the tree!

PLANT A SEED, AND WATCH IT GROW 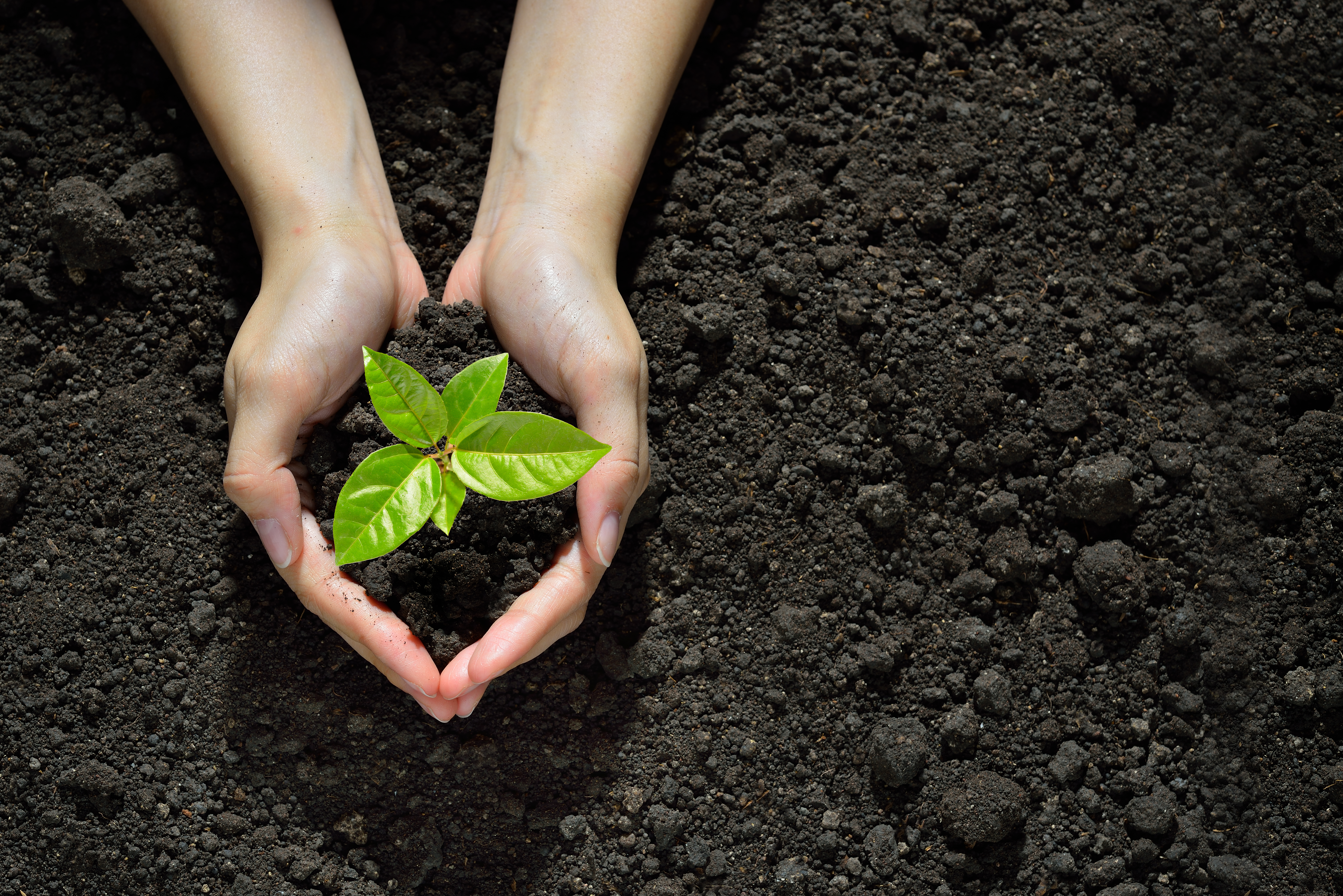 Now for those of you who want to learn how to do ANYTHING on the highest level of the chart, you have to learn to “respect the seed”.

The seed contains everything that the entire chart needs to bring forth good fruit. Is this just too difficult for all of you “PHD’s” out there to understand? Has it gone right over your “highly paid” heads?

Were even the most brilliant scientists among you stumped?

Need I remind you that you get paid millions of dollars in grants for what you do, and I get paid absolutely nothing for bringing real TRUTH to the entire world.

Yet here I am, writing day after day – and giving this stuff away for FREE only so that humanity can move forward and finally make some much need progress!

However – and right on “que” –  instead of supporting what I am doing, you attack me and others like me in order to keep secret things which humanity should have known a long time ago.

Kinda makes me wonder if you people even deserve your “paychecks” in the first place – which sadly – you then use to enslave the rest of us with your ridiculous papers and essays on anything other than real science.

I have said this over and over again.

Maybe it’s time you paid some attention to me. The building blocks of REALITY – are these three simple things:

Everything that comes into manifestation is based upon these three things. Furthermore – and getting back to the crucial idea of a seed – every single thing that you really needed to know about creating “reality” was placed conspicuously into THE TRIUMPHANT – PART ONE.

I could spend the next 15 segments of this vital series trying to explain what is sitting right there in front of your eyes in PART ONE – and sadly some of the most highly paid people on the planet would still not be able to see it – or admit that I was right.

– A comment in the comment section from all of you scientists out there would be nice by the way.

Or is what I am trying to teach – CLASSIFIED – even though this very knowledge comes from GOD HIMSELF.

Here is an important quote from the Triumphant – Part One.

This becomes all too clear when you finally understand that “matter” is the very stuff of creation, while the “human mind” is the builder and the organizer of all possible versions of creation! We did not put the colored rocks into the toy (GOD – our loving FATHER did that) – we just tu(r)ned the wheel!

Mind is the software, Matter is the data being organized into the “field”. 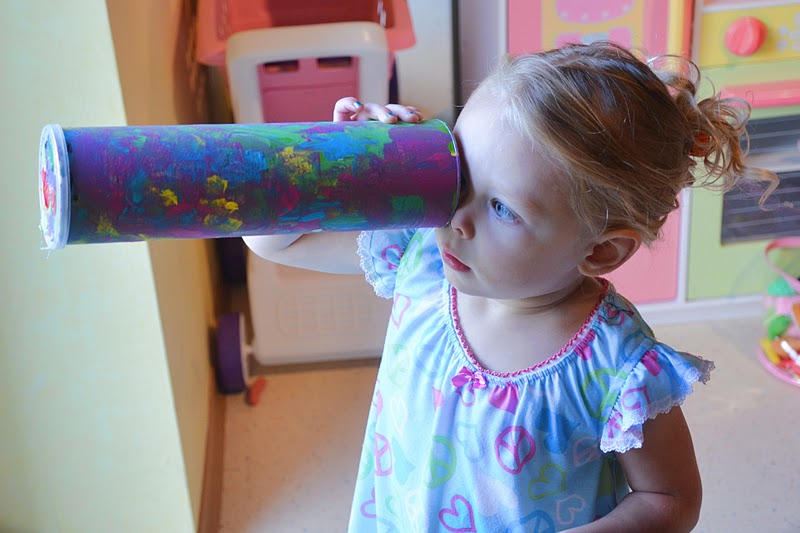 So, Let’s go back to the analogy of the Kaleidoscope!

In this case “matter” would be all of the fancy-colored rocks inside of the drum that can be turned…, and your “mind” would literally be “your hand” or the “magnetic force” that shifts and organizes that “matter” into a viewable image!

Now…, add into the mix all of your very powerful emotions – which I have consistently defined in other writings as – “energy in motion” – and you will suddenly have a much more powerful charge or discharge (polarity) getting sent out onto the blank screen of our REALITY – and thus these far more powerful “magnetic charges” will have a much greater real time effect upon whatever it is that is being “observed”.

The truth of the “matter” hidden in the quote above is that only GOD can give you sight!

Can all of you GOD deniers out there finally grasp onto this?

SEEING comes directly from GOD, and no other! And if you deny that GOD exists – then you deny HIS SIGHT and HIS KNOWLEDGE – and thus you can not see what HE wants to show you.

So “riddle me this” all you very smart scientists out there…

Would any of you drive 100 miles to shop at a grocery store that you did not think was even there?

THE SAD TRUTH OF IT ALL…

Three years old’s have MORE SIGHT than many grown men and women have with 30 years of college education only because children have not learned to deny GOD – and adults have.

Thus, children can and do see what GOD wants to show them.

What is really quite telling here is that not a single New Ager, nor any prominent Christian for that matter – ever reposts a single thing that I write!

They never call attention to my blog, nor do they talk about what they are reading here because:

THEY FEAR IT DEEPLY

Since they DENY what I write – and thus deny what I know – then they are denying the TRUTH!

This will not last forever however.

Within a decade or so – many people who were the most visible in the DISCLOSURE MOVEMENT will be forced to draw their attention to all my writings and to this very blog.

They cannot deny these articles forever!

Years from now, as they open their eyes and finally SEE what is out there – they will also see that I already wrote about this stuff long before they woke up, and the frosting on the cake will be when they are forced to admit that when I wrote this stuff – they saw it and did not want to believe it.

They will also be forced to “admit” that they made many mistakes in misleading the general public only because they were basically being blinded by their own very unreasonable denial of GOD our loving Father.

When you deny GOD, you are denying HIS sight. Only HIS sight – allows you to see THE TRUTH with perfectly clarity.

Or, we could simply say that everything IS matter.

Mind is the software; MATTER is the data that is being organized into the MAGNETIC FIELD.

The Luciferians think that there is “TRUTH” outside of GOD!

Sadly, they are only deluding themselves, and they will continue to flounder aimlessly because they continue to disobey HIM.

They continue to have desires that are outside of GODS WILL – and so therefore they seek a way to have these desires as if GOD were a non-important factor in the calculation for their faulty equation!

Every single secret society, every secret club, every group, every dark plan and every despicable machination comes directly from their desire to HAVE WHAT GOES AGAINST GOD’S WILL! 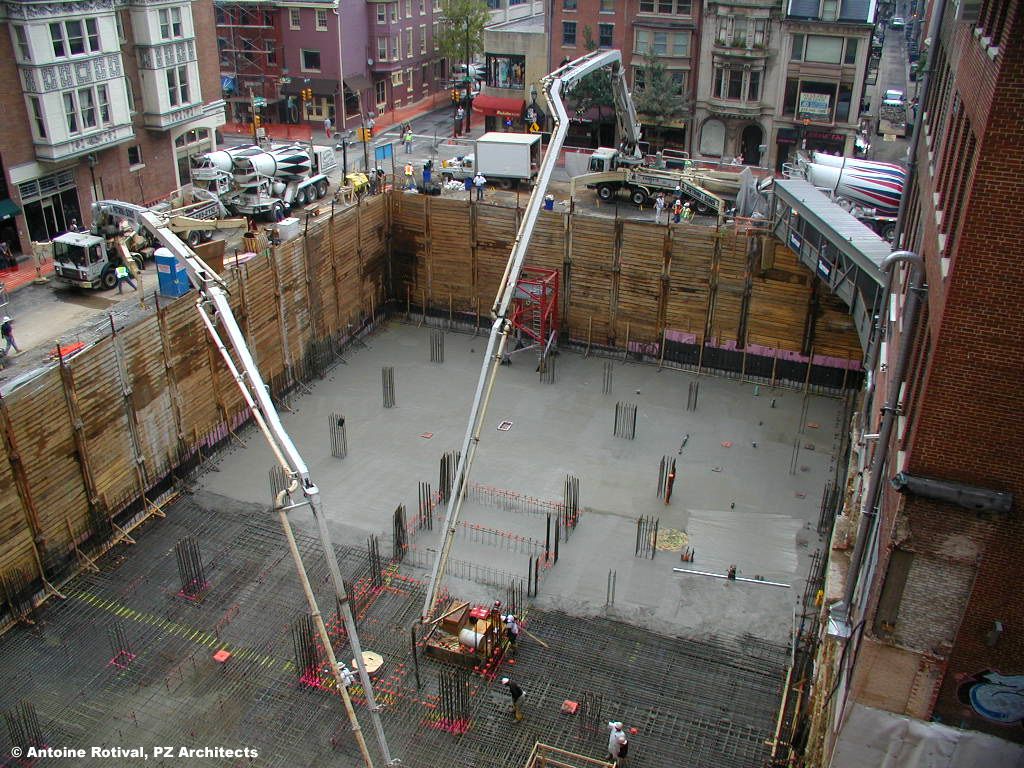 Every single building project starts with a STRONG FOUNDATION!

If you are building a Skyscraper…, then you must first dig deep underground and put in the BASE that will hold up the super structure!  Every builder knows this!  I know this!  Donald Trump knows this!

Because our Earthly “reality” has been built on a very weak foundation – a foundation that is composed of the lies of the Satanists – then the building can not stand or hold up its own weight.

It must collapse in on itself and the Luciferians already know this.

Perhaps THIS is the very reason why they design “EVENTS” in the first place! 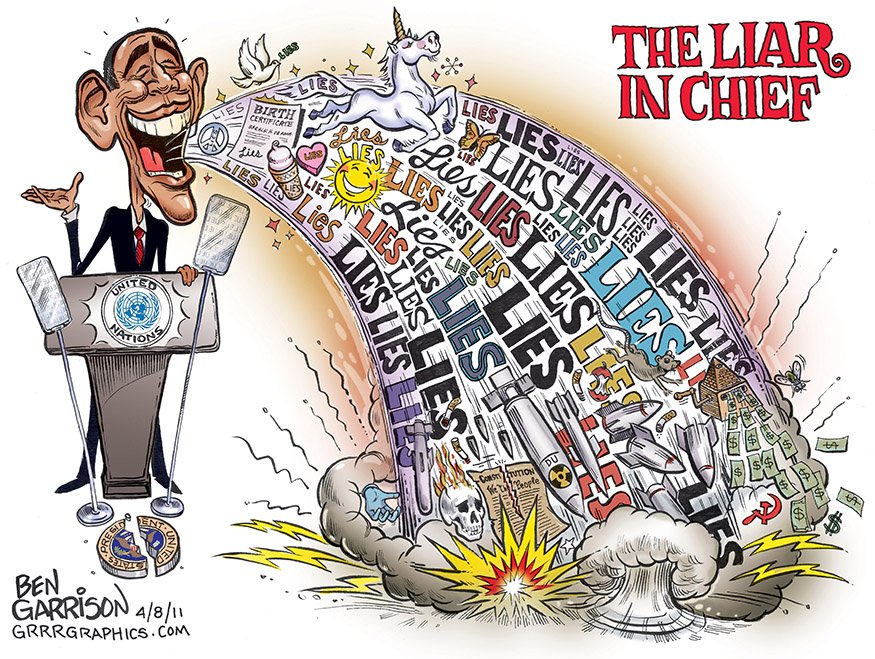 The rigged financial system is the perfect example of a system that can not stand and will implode with a very predictable regularity. No Empire and no reality can stand on weakness, and there is nothing weaker than LIES and DECEPTION!

Deception is a house of cards – and it will fall in the slightest breeze! 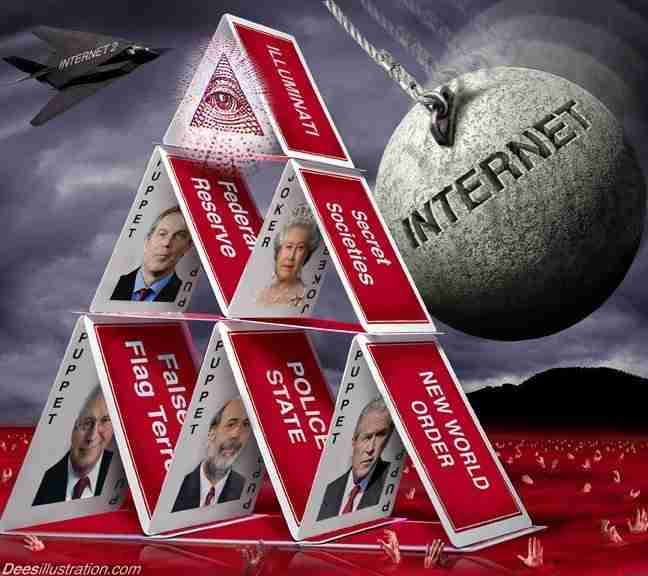 The only thing that can truly LAST is a Society and a Structure that is built on TRUTH…, because that Society and that REALITY has been built on a very SOLID FOUNDATION – and will last through out the AGES.

Think deeply on this…, SAVE YOU IT CAN…. 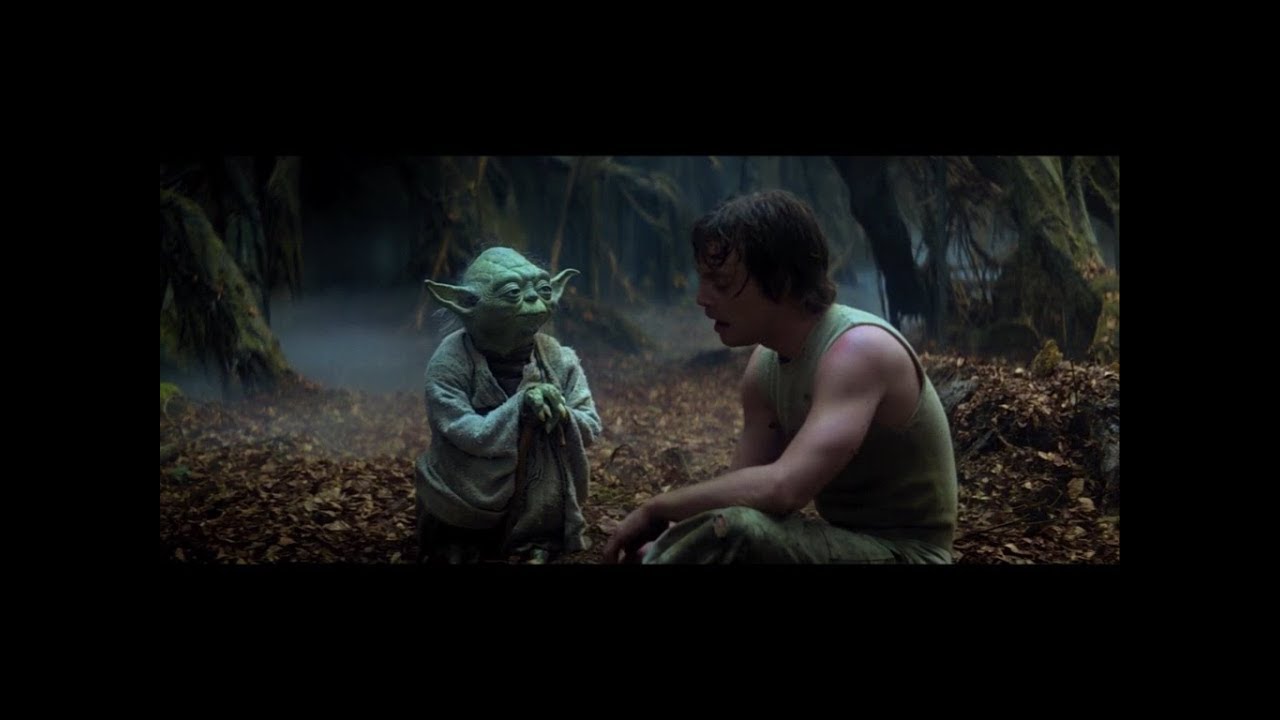 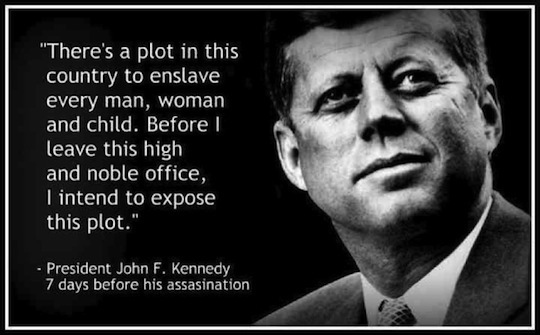 BIOLOGICAL SOFTWARE AND 5-G – PART ONE

And also, sadly too, is the peoples own blind foolishness in trusting the evil ones and trying to destroy anyone or anything else that contradicts their own misguided beliefs. It is true that few will enter through the narrow gate of wisdom and that the many will pass through the wide gate to their own destruction. As this great separation progresses it becomes clear that the majority will not make it into a higher consciousness level of being but will instead devolve into a cycle of death and destruction.

A really straightforward breakdown of the direction we need to go in to evolve and heal ourselves and our beautiful planet. But sadly the so called “Scientists” of this world would only use this information to invert it for nefarious purposes even more than they already have abused every other resource on this earth. Their eyes are blinded to truth and reason for they have prostituted themselves before the dark rulers of this world for fame and fortune.