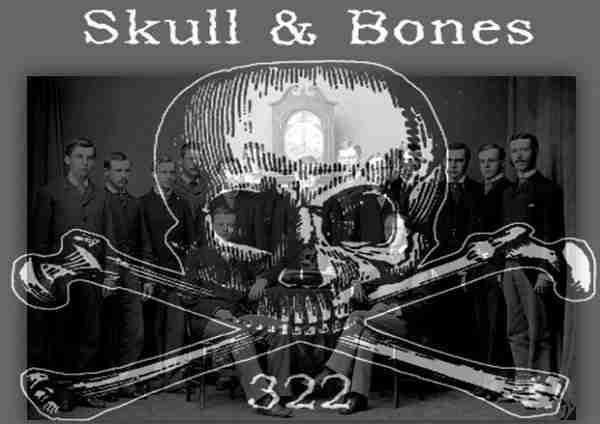 The “roll out” of the NEW WORLD ORDER is not exactly happening according to their carefully laid out plans! In fact, if I had to take a guess, then I’d say they “miscalculated” just a bit… 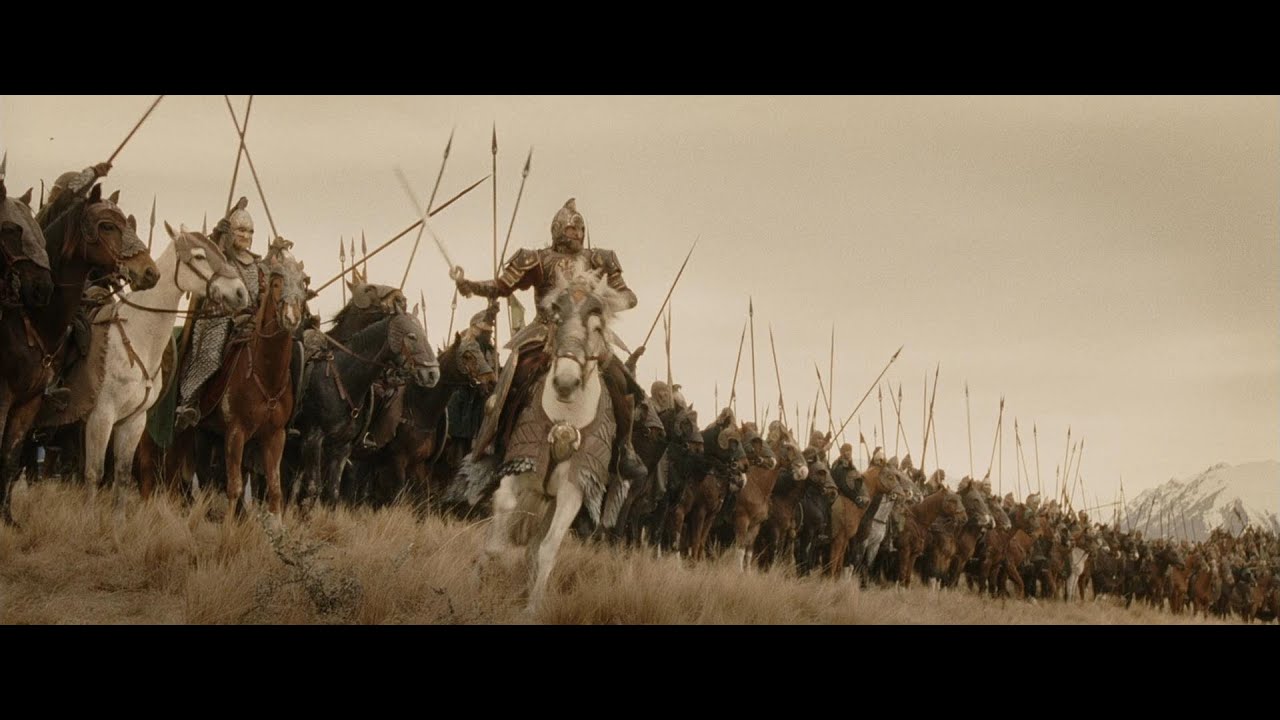 All of their MK-ULTRA mind control programming, their indoctrination, their false flags, their media manipulation, and countless other efforts which I’ll get into in later posts has NOT been able to stomp out COURAGE, nor has it been able to get rid of LOVE!

The great “ELECTION STEAL OF 2020” has not gone exactly how they planned it either.

In short, THEY GOT CAUGHT!

If I were working for the Illuminati, I’d actually be thinking about jumping ship right about now… 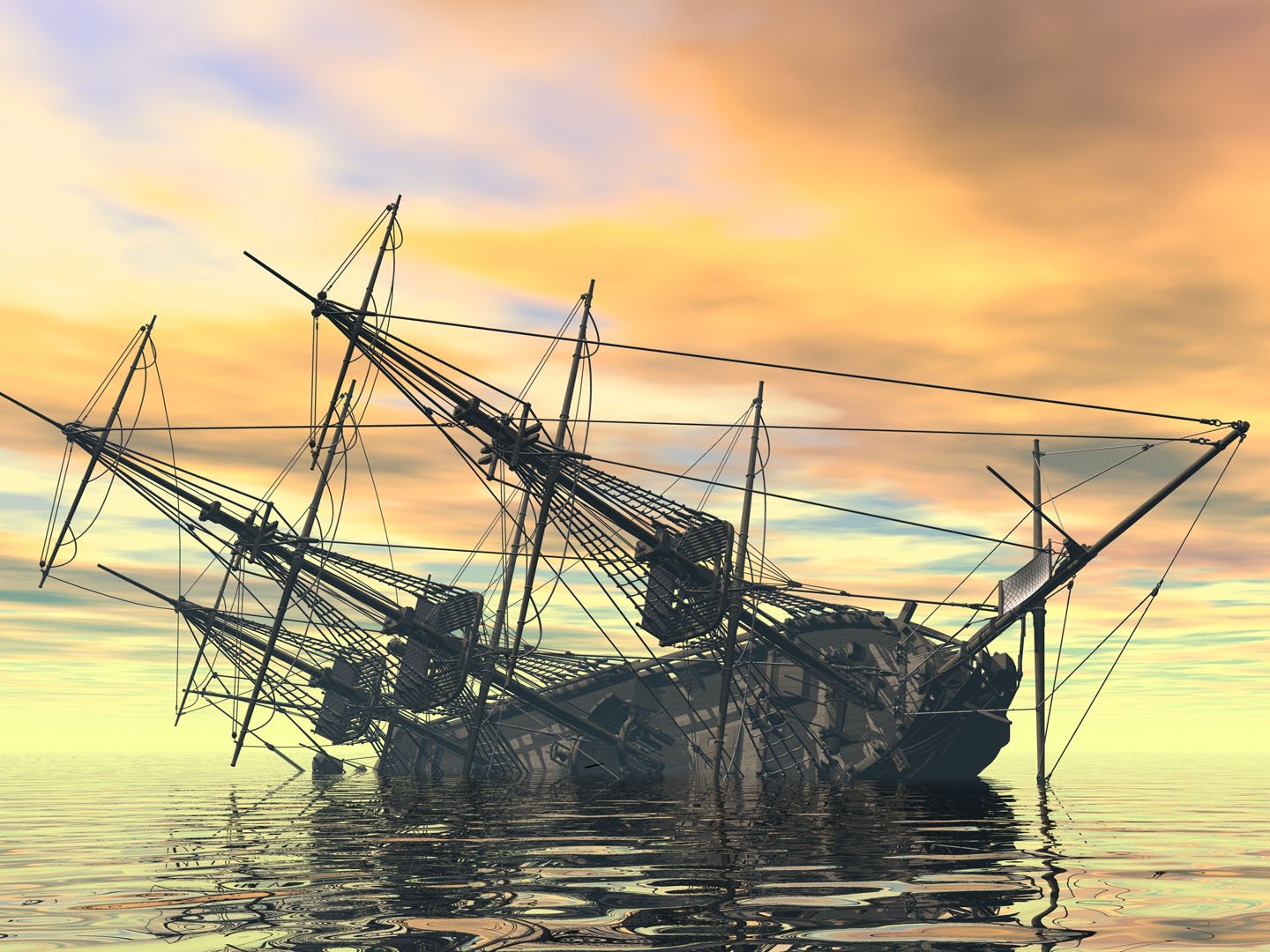 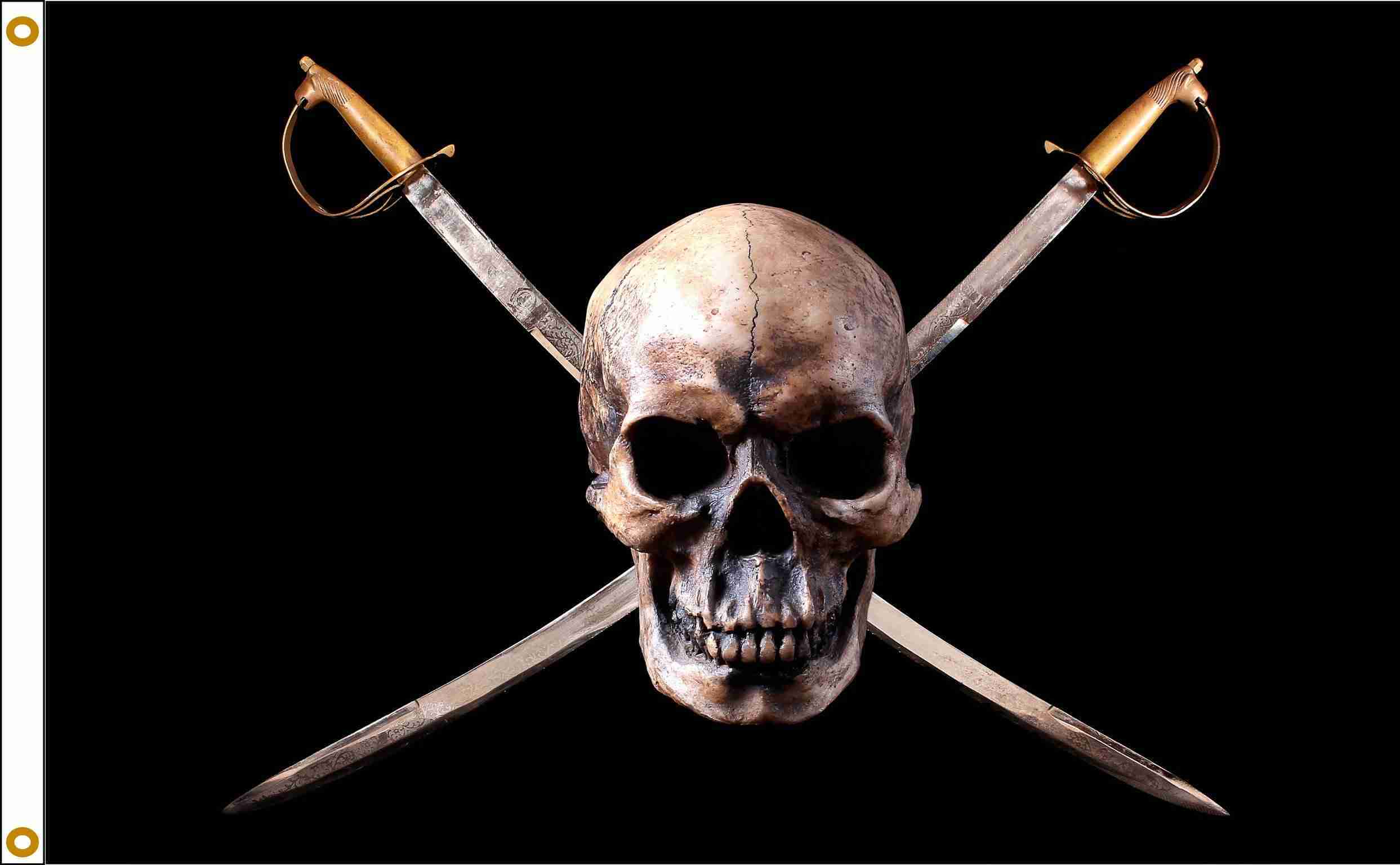 And further more, is this a symbol that means: CHI RHO of the “SEE” 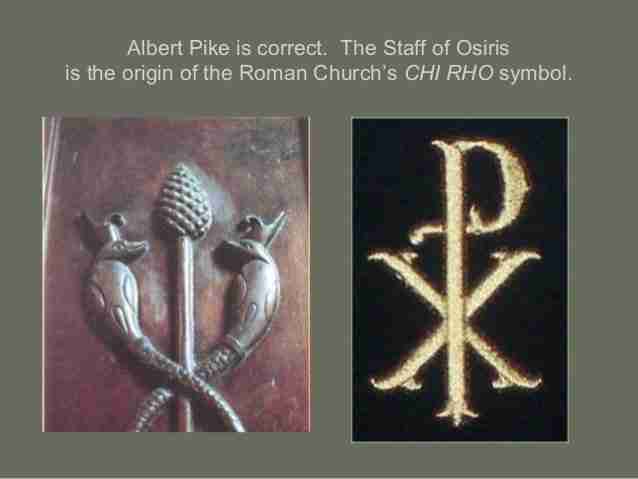 or does it mean PI RO of the “SEA” 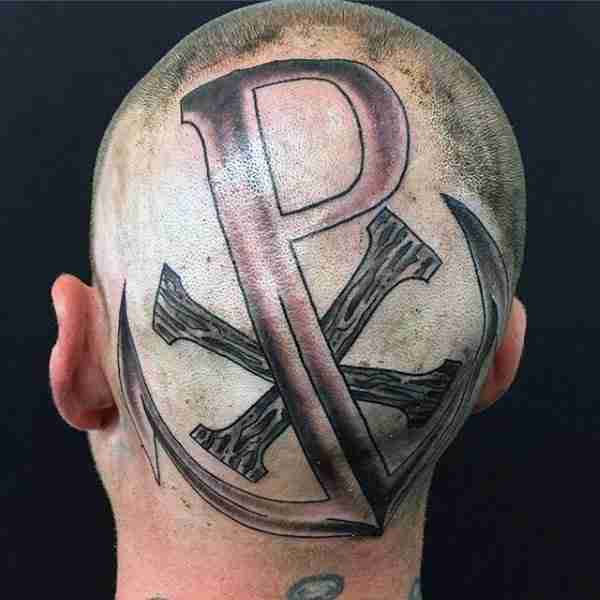 The larger (and more important) TRUTH OF THE MATTER is that these people used their positions of power and “targeted”, “harassed”, “spied upon”, “deceived”, “financially destroyed”, “ruined”, and “stomped down” countless good, honest, decent, hard working men and women who ONLY wanted to live a normal life here on Earth and were denied that GOD GIVEN RIGHT because they were smarter and more awake than the rest!

This is where “those who are in the know”, DO NOT want to go BECAUSE it is still on-going!

Those who are sorting this out know (for instance) that TIME TRAVEL/QUANTUM ACCESS was used to look into the future in order to see just which people (as innocent and courageous as they were) would stand up to the NEW WORLD ORDER and then fight against it in order to maintain FREEDOM here on the Earth.

The”Dark-hats” did this and then made lists of people the DEEP STATE considered “future enemies” and began the process of tormenting them and harassing them as young children! It did not matter that they had done absolutely NOTHING WRONG yet, and that they were just children.

What mattered is what they “might” do in the future!

AND SO BEGAN THE SECRET MILITARIES “FUTURE CRIME DIVISION” 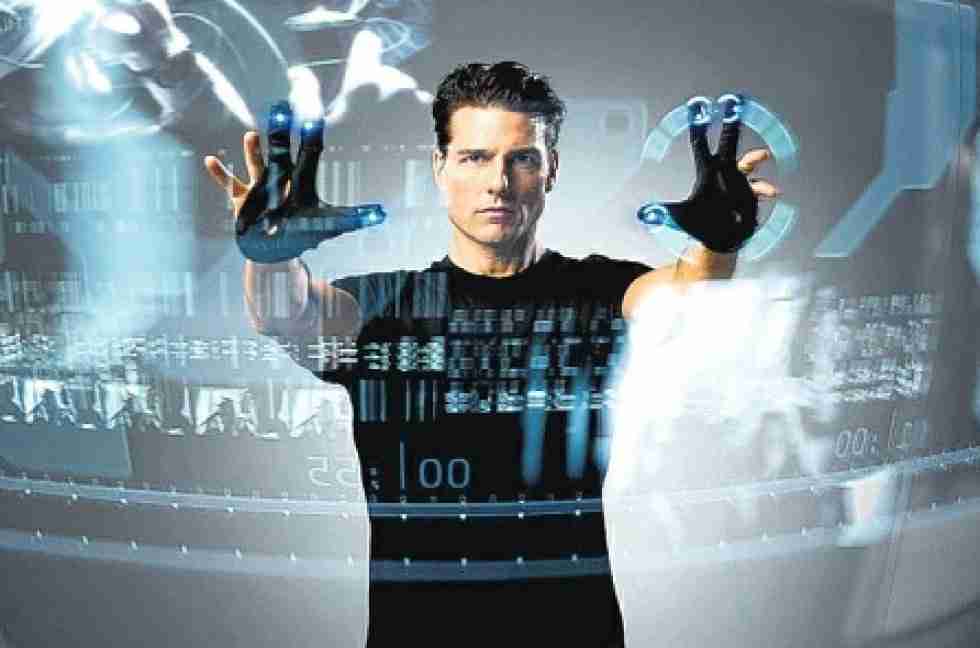 Of course, these “people” on their lists were not REAL criminals.

NO, instead they were simply honest and decent people who loved their country and loved FREEDOM!

They were actually whistle-blowers and truth-tellers!

Yet, IN SECRET, they were being labeled as: HIGH LEVEL TERRORISTS who had to be dealt with BEFORE they committed the heinous crime of telling the truth and exposing pure evil to the rest of humanity!

Of course, this is not the first time Earth’s secret military arm has tormented and tortured innocent children for the benefit of the World’s controlling Elites.

There are many examples where those who were supposed to protect WE THE PEOPLE, abdicated their proper role, and instead protected, aided and abetted the Oligarchs and Elite of our world in order to keep us enslaved.

Here is some more plausible information which is taken from the most recent Ben Fulford report that explains just how they are going to take care of the rest of the awakening population, considering that their “Targeted Individual” tactics and techniques (which includes TIME TRAVEL – SYNTHETIC TELEPATHY and A.I. MIND HACKING/MEMORY BLOCKING/THOUGHT INVASION/THOUGHT CHANGING) were not working as well as they had hoped.

Basically, their thinking at this point is:

if we can’t do it with physical abuse or secret frequencies and waves…, then let’s do it GENETICALLY and permanently alter their DNA and make it impossible to even THINK thoughts against us. In other words, “Do a “targeted lobotomy” of the human brain.

The speaker in the first video says a gene called VMAT2 has been associated with religious fundamentalism. He recommends vaccinating people in the Middle East with a virus that will remove this gene and thus eliminate fundamentalist fanaticism. However, as an FSB source pointed out: “a ‘side effect’ is that any other religious experiences and belief in God would also be eliminated.” The FSB says the U.S. Corporate government has already carried out this vaccination campaign in the Middle East.

The speaker in the longer video describes how they used CRISPR gene-editing vaccines to change the brain structure and behavior of rats. He was talking about using the vaccine to treat drug and other addiction problems. Again though, as the FSB source points out “it explains how the vaccine can edit genes to change behavior: people can be happy all the time as their dopamine production is boosted. They can be stopped from becoming violent and become obedient.”

So there you have it, the Khazarian Mafia wants to turn us into happy, spiritually empty, sheeple who have been genetically programmed to be obedient no matter what. This is worse than even George Orwell imagined in his novel 1984.

This is what MI6 had to say on the subject:

“The KM sponsored mRNA vaccines contain CRISPR gene-editing technology, which is not inoculation but genomics and is contrary to international law and highly illegal.

The international so-called public health emergency is placing immense strain on global economies and all of their public administrations including the civilian police and courts. The violations of international law are widespread and ever-increasing.

The sheer body of counterintelligence we gather on a daily basis since the onset of this so-called public health emergency gives us very good reason to suspect all that is being told about this and the decisions being made thereafter are not altogether reliable.

We will therefore conduct our counterintelligence operation in symphony with all of the world’s military intelligence communities to get to the bottom of the matter and expedite an ending to what is so very draining for us all.”

Still, as of the writing of this post, the promised Military action to clean this all up (and yes Military Action has been promised) has not taken place! I know that it is a huge undertaking, but THE PEOPLE are under a very real attack!

That is the whole point of this post! And THE PEOPLE have been under attack for a very, very long time!

This was discussed a few years ago in these posts!

Well let’s jump into the “TRAINING MANUAL” and see what they say about our country, and it’s relationship to the people living in it!

From page 4 of Silent Weapons for Quiet Wars, the manual says this:

— This manual is in itself an analog declaration of intent. Such a writing must be secured from public scrutiny. Otherwise, it might be recognized as a technically formal declaration of domestic war. Furthermore, whenever any person or group of persons in a position of great power and without full knowledge and consent of the public, uses such knowledge and methodologies for economic conquest — it must be understood that a state of domestic warfare exists between said person or group of persons and the public. —

– The Quiet War was quietly declared by the International Elite at a meeting held in 1954. Although the silent weapons system was nearly exposed 13 years later, the evolution of the new weapon-system has never suffered any major setbacks.

This volume marks the 25th anniversary of the beginning of the Quiet War. Already this domestic war has had many victories on many fronts throughout the world. —

So the question is this:

WHEN OH WHEN DOES THE MILITARY FINALLY STEP UP AND DO ITS DUTY FOR GOD AND COUNTRY?

Or, will those of us who came to WITNESS be compelled to TESTIFY against them in front of the THRONE OF GOD and request that they be thrown into the PIT with every other worthless soul??

The CHOICE to live for eternity, or have their soul destroyed is THEIRS alone! 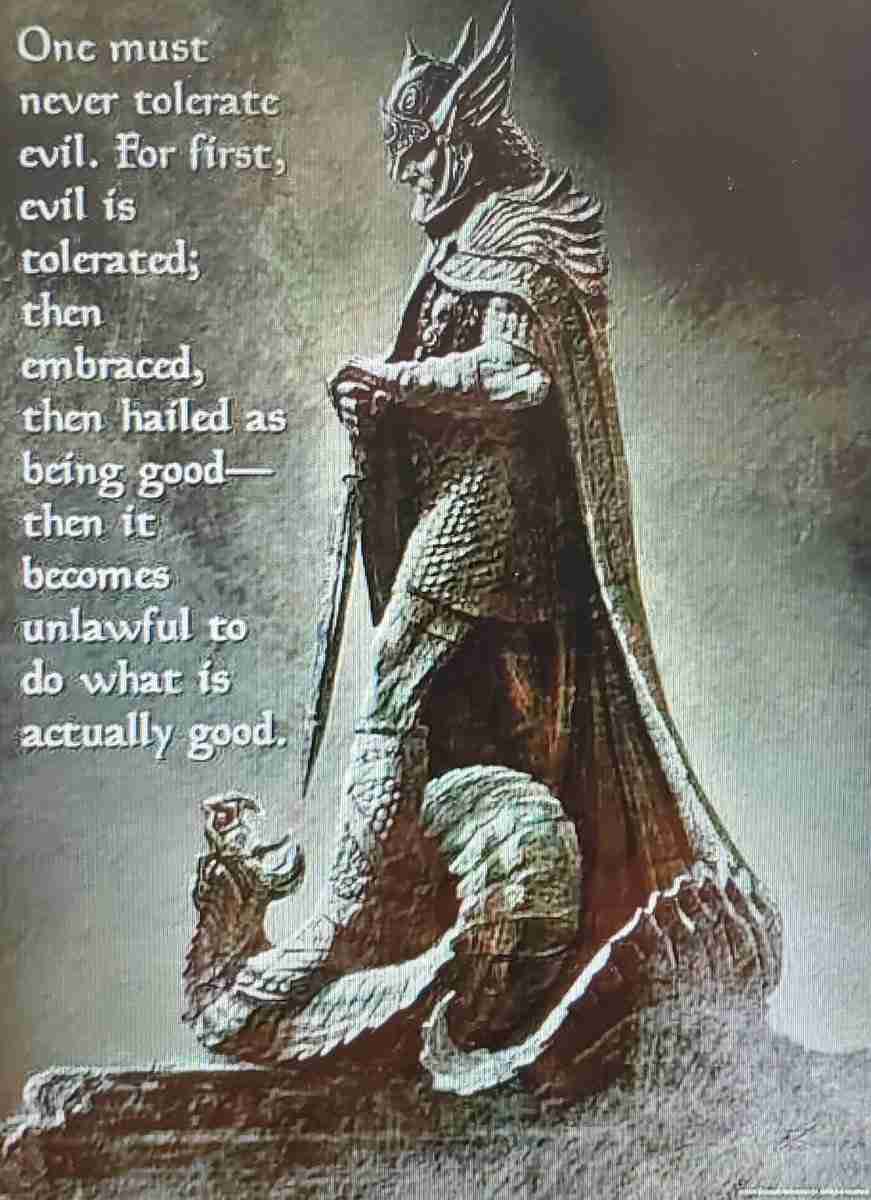 NOT JUST COWARDICE – BUT EXTREME COWARDICE IS THE PROBLEM…