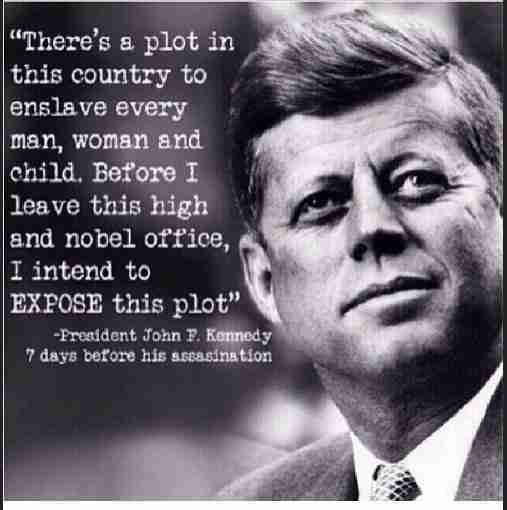 Put your thinking caps on boys and girls, because we are going to go so much DEEPER this time around. Yes, all you got the “basics” in the first go-round with THE TRIUMPHANT – Parts One to Eighteen!

You’ll kindly remember in Part One which is located here:

I wrote that “reality” is a collectively created thing and what we all experience as “reality” on a day to day basis depends largely upon the thoughts, ambitions, desires, and prayers of ALL OF US TOGETHER. In other words, it takes a lot of people together wanting, thinking, and working towards the same things to have a significant change in reality.

Taken from THE TRIUMPHANT – PART ONE

Since the fabric of reality is potentially a blank screen until all collective magnetic data is actually written or stored onto it…, then what we consider to be OUR REALITY can never be made “manifest” until ALL OF THE POTENTIAL MAGNETIC DATA has been written/recorded fully onto the “magnetic field” that supports that reality.

I further wrote this:

Reality (what we see on a daily basis) is a creation that ALL of us working together as a group decide…, and does not happen on an individual level. (At least NOT on this level of creation)

Now, can you grasp “why” MIND CONTROL is so vitally important to the Illuminati, and to those men and women who are at the TOP of the pyramid?

THEY MUST CONTROL WHAT WE THINK AND BELIEVE IN ORDER TO GET THE REALITY THEY WANT!

Now…, the real questions we need to answer when we observe what we are seeing taking place in the “world” around us are these:

⦁ How many of us are thinking our OWN thoughts, or are we thinking the thoughts “given” to us by others?

⦁ How many of us really hold our OWN beliefs…, or are we holding onto the beliefs of OTHERS? 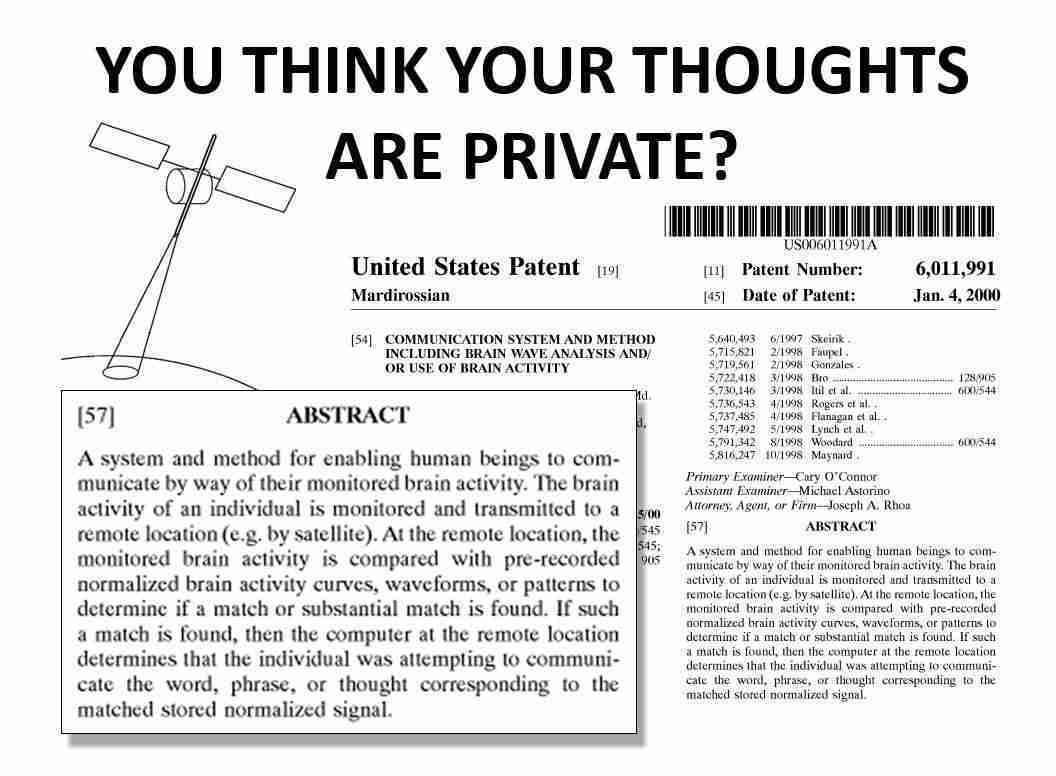 Okay, so here is where we have to ask ourselves just how deep this rabbit hole goes, or how deep it CAN GO if pushed right to the limit!!

By controlling the Minds of large groups of people, the Satanists believed that they could “create” a new reality here on Earth, but it does not stop there. These insane people are always thinking far bigger and far larger than people like us. They are not just thinking about changing “reality” here on little ol’ Earth.

You see, they already know that the best way to shift reality here on Earth to a dark reality is to MIND CONTROL all of the people who potentially have a say in what gets created here on this tiny planet…, the NAZIS learned this all the way back in World War II for crying out loud.

But now that they are working really hard with certain ET groups…, and they’ve got a stack of “trade agreements” with certain OFF WORLD ALIENS, what happens to the Earth if they could figure out a way to change reality EVERYWHERE IN THE UNIVERSE into a dark and satanic existence??

I MEAN, WHY STOP HERE AFTER ALL?

You see these heartless and black-holed Satanists and Luciferians THINK BIG!

And we already know through experience just how little compassion, concern, or even sympathy these MONSTERS have for those of us who are living here on Earth, so how much would they really “care” if there were MONEY to be made, and they were selling “products” like MIND PROGRAMMABLE HUMAN DNA – or – BASTARDIZED HUMAN DNA to other races across the Galaxy who could then use this programmable gene-code to create a batch of totally controllable human “creators” who can think, desire, choose, and thus manifest – ANY KIND OR TYPE of negative reality into existence in any part of the Sol System, the Galaxy, or even the far greater Universe?

By doing nothing, and putting our heads in the sand, we are allowing some of the most despicable and evil people that the Universe has ever seen “steer” the future of our Earth into a Draconian Level Authoritarian Structure that could literally end up destroying all of us at some unknown time down the road!

So if you can just think BIG ENOUGH, you’ll begin to see that little ol’ Earth was not the end game for these MONSTERS.

They had their sights set on far bigger things and upon mass producing a micro-chipped and mind controlled population of robotic/synthetic men and women who could be totally controlled, and then (for profit) this “product” could be exported across the entirety of CREATION.

This is why THE PROPHECY – something that was given to the Universe a very long time ago, is still valid and will always be valid.

See this article and series:

The real problem that we need to grapple with is that the rest of “GODS CREATION” just might have a few “objections” to this kind of tampering with reality, especially if it effects them in a dark or a negative way!

they might even see this kind of behavior as an all out ACT OF WAR!


You see, these Luciferians and Satanists are so short sighted, and are so used to only looking at the next balance sheet or profit margin…, that we literally have to do some thinking for them. Let’s look ahead to 100, 200, 600 or even 1,000 years from now!

Can you imagine legions of ET’s (Extra-terrestrials) and ED’s (Extra-dimensionals) coming to the Earth with Battle Groups so large and so powerful that it would boggle the mind. They might just show up after they had found out that the people living here on Earth during the years from 1950 to 2020 had managed to create and then “export” a “human product” …, a genetically modified and mind controlled human that could be used by Dark and Evil Forces all across the Universe to aid them in creating dark and satanic realities EVERYWHERE?

Can you imagine how these groups would feel “IF” they found out that all of their “problems” started here on the Earth in the year 2020…, and their formerly beautiful and loving “planetary systems” and their own parts of the Galaxy where now experiencing great hardship and extensive turmoil only because of something that was done and first created HERE ON EARTH??

Can you imagine the little ol’ GALACTIC WAR that could be the result after the Satanic Controllers of Earth started to “export” their MIND CONTROLLED and VAPID genetically modified and no longer human creations across the Galaxy and the Universe for money and trade?

Imagine thousands of motherships bombarding the surface of the planet from space with absolute contempt for this planet because the COWARDS that were living here had no courage to stand up to the Luciferians when they could have easily put a stop to them BEFORE they started exporting their insanity and madness across the Galaxy!!

You see, how’s that ” we just need to look the other way and not get involved” going to work out for the planet then??

Here is a great question for Earth’s Military to think about. Would you rather fight with the Luciferians and the Satanists here and now, while they still are weak and can be beaten…, or would you rather let them do what they want to do…, and then fight a much greater and bigger battle down the road in Earth’s future with some seriously PISSED OFF beings who do not want Earth’s problems expanding out into their part of the Galaxy??

And why are we even talking about all of this again??

Because “THOUGHTS” create reality around us. And…

MIND CONTROLLED – MICRO-CHIPPED HUMAN BEINGS ARE “REALITY” CREATORS” WHO CAN CREATE EITHER A LOVING REALITY – OR – A VERY DARK REALITY DEPENDING ON WHAT THEY ARE “PROGRAMMED” TO THINK, SAY, AND DO…

It’s a small world – take on a whole new meaning because when one is involved in Galactic and Inter-Galactic Trade…, it also becomes a very small Galaxy!!

And if those who are doing the “trading” for Earth are Satanists and Pirates…, then the Earth might just feel the brunt of GALACTIC SPANKING so large, the people living on the planet may not survive it!

AT LEAST THIS IS SOMETHING TO THINK ABOUT…

More will be coming – Stay tuned for Part Twenty-One

PRAY – IT HELPS A LOT

Thank God for You My Brother, and thank You for Your resolve and dedication to the Light of our Mother/Father God! This perversion WILL NOT STAND!!