So…, have we gotten down to the bottom of the rabbit hole yet??

Because regardless of what the Catholics say to their “profane” masses…, the Freemasons like to hide the TRUTH behind Multiple Levels of lies and deceptions!

Do all of the secret “signs” and “symbols” that we have been seeing REALLY represent “SUN” worship…, and “SEX” worship…, or anything of the sort…, or, is there something FAR DEEPER??

It seems as if Sun and Sex worship is just the next “level” up of deception!

This is the lie that they tell to their MIDDLE MANAGEMENT, so that middle management thinks that they KNOW something that the ignorant and profane “masses” don’t know!   It makes them feel smarter than everyone else…, when that is the farthest thing from the TRUTH.

Let’s look at this SYMBOL again!! 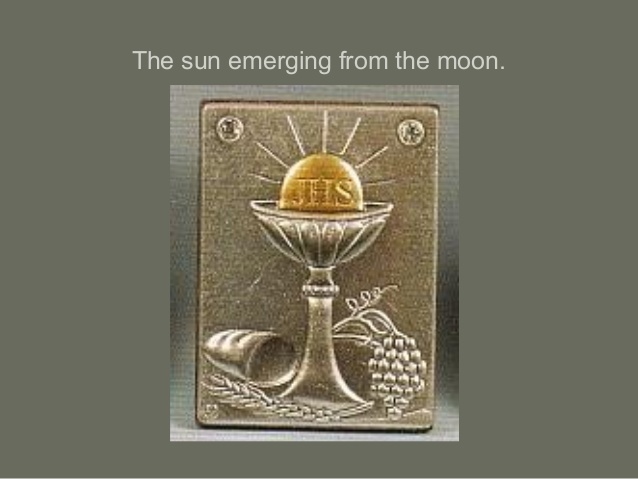 Here…, we have the “SUN” symbol emerging from the “MOON” or chalice symbol!  And this is a BIG CLUE to what is ACTUALLY truly happening!

What else can you think of that the SUN would represent??

The Sun actually represents POWER, ENERGY, and most of all ELECTRICITY!

One could say that the SUN represents a hidden source of this:

So if the Chalice represents the MOON…., then how in the world can BATTERY ENERGY or ELECTRICITY (the sun) actually come from the MOON!

I offer for your consideration:

“What if” human souls…, were being constantly “caught” by something called: THE MATRIX…, and then stored inside of the MOON by super advanced alien technology…, only to be recycled and reborn back here on Earth??

Many scientists and whistle blowers say that our MOON is hollow!

What if this capturing and recycling was being done in order to HARVEST the “ENERGY” (sun/battery/energy) of human beings and human souls…, which could most certainly be compared to the type of energy (electricity) that the SUN provides!

Therefore…, the “Son” of Man…, is reborn on Earth as the “SUN GOD” which is actually nothing more than a BATTERY…, which supplies the energy, or the electricity of the SUN to someone who is harvesting that energy!!

Remember that the “MOON” also represents the womb of the female!

So this symbol above could represent FAR MORE than just worship of the mother and her child! 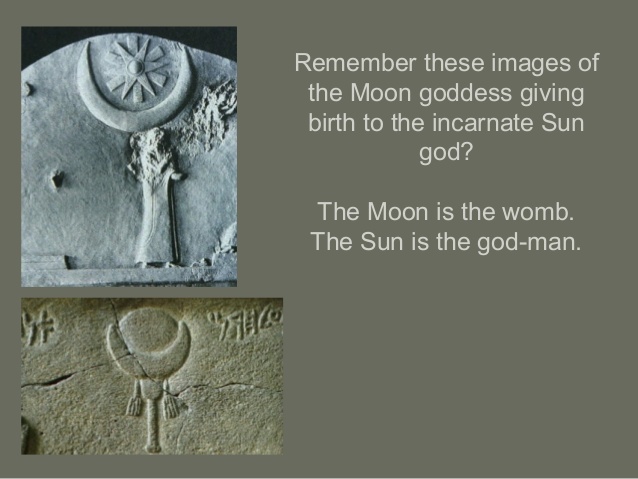 But who would be HARVESTING THAT ENERGY?  And who would have the “technology” to force souls of PRIME CREATOR to reincarnate AGAINST THEIR WISHES???

Have you seen the Movie “Jupiter Ascending”??

Remember “they” must always tell us at least “some” truth in order to continue to fool us.

So what is really going  on with the MOON??

Here is a video from David Icke who talks frankly about the MOON MATRIX and the planet Saturn!

And even MORE…, what did CHIRON LAST say about the MOON EGG, which is related to “Commerce” which is how they “legally” claim to be able to STEAL and USE our ENERGY by our CONSENT!

It’s interesting that you put up this trailer of Jupiter Ascending. I saw the movie and was quite surprised to see that the evil reptillian villains were trying to harvest the energy of the human race so that they could have eternal youth.
It is also interesting to note that the film was directed by Lana and Lilly Wachowski who, prior to their “gender reassignment” were the Wachowski brothers, who created The Matrix trilogy.

Bradley Loves You
Reply to  purplegrip1

Thanks for your comment!! It was Robert Monroe (in his book) Journey’s out of the body that first said that our human energy was being Harvested!

For more study…, I suggest these links: