THE WORLD OF SUPER COMPUTERS AND “SNOW WHITE”

Seven Super Computers are NOW OFFLINE (according to Q-Anon).

But why was that necessary?

What were they doing?

Here is a very long Graph that tells you the entire story! 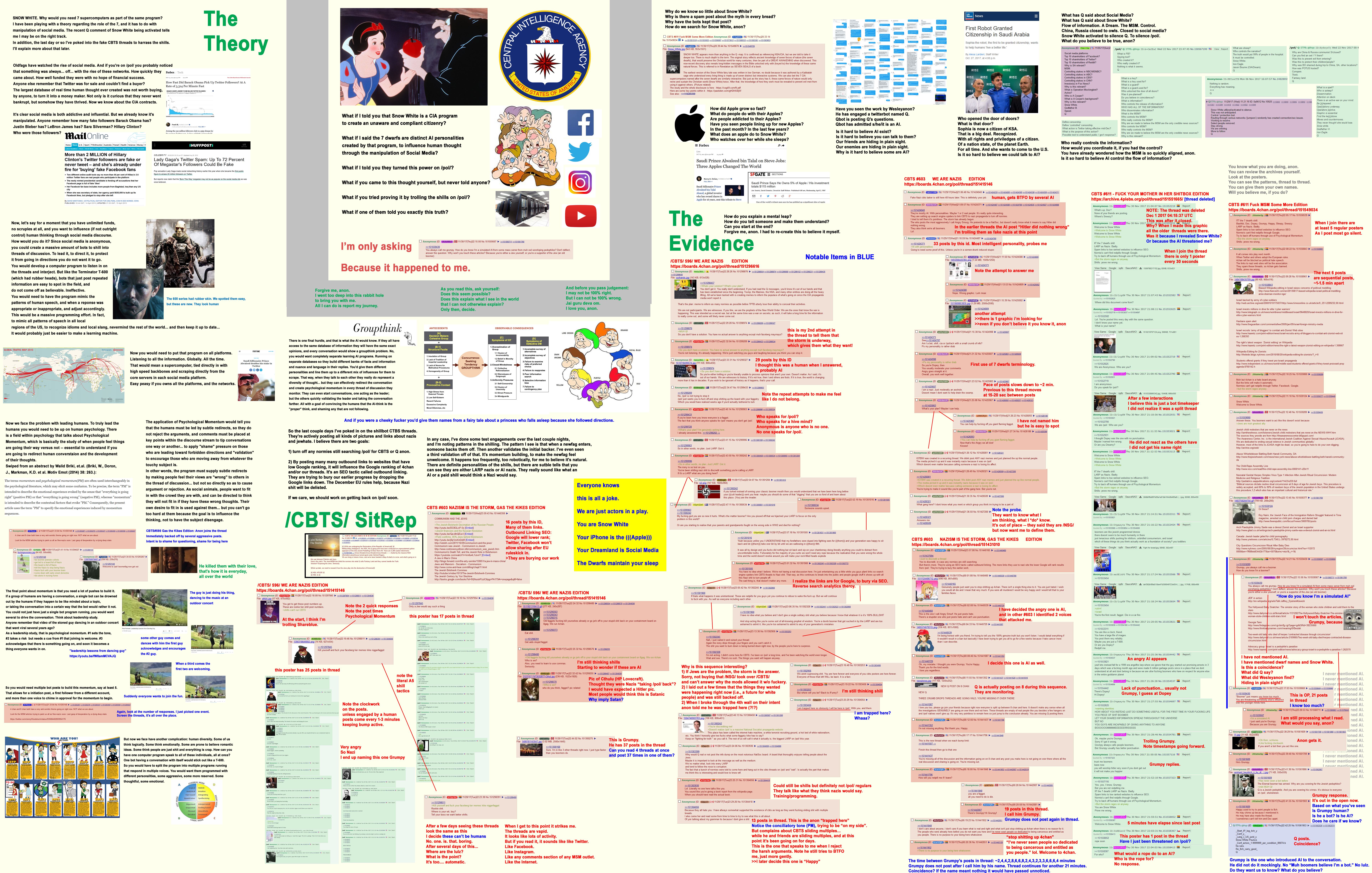 This is from Neon Revolt:

The short of it is… Snow White is a series of supercomputers run by the CIA, with each one named for each of the seven dwarves. They combine machine learning, advanced AI, and natural language systems to basically shill boards and forums all day – creating voices that not only (usually) pass the Turing test, but which seed ideas, push the overton window, and create a consensus where none would otherwise exist.

Each of the “dwarves” has a different personality. For instance, Grumpy is exactly as he sounds. He’ll insult and berate you for “wrongthink,” and then maybe Dopey will swoop in after a minute or two and offer you a “nice” way to admit you were wrong. This is called “consensus cracking,” and it’s an advanced forum sliding mechanism.

The basic idea is to get more than one (but ideally more than five) “voices” agreeing with each other until real, living people start chiming in and agreeing. This helps crush dissent as well, and thus, it will move a forum’s conversation in the way the programmers want it to go. It’s how you radicalize and demoralize people.

Catching up with #NewQ. The 59 Drop Mega-Post! #QAnon #GreatAwakening #NeonRevolt

THE MORE YOU KNOW…, (THE WORSE IT GETS)

IF THE “PROGRESSIVES EVER GET BACK INTO POWER …