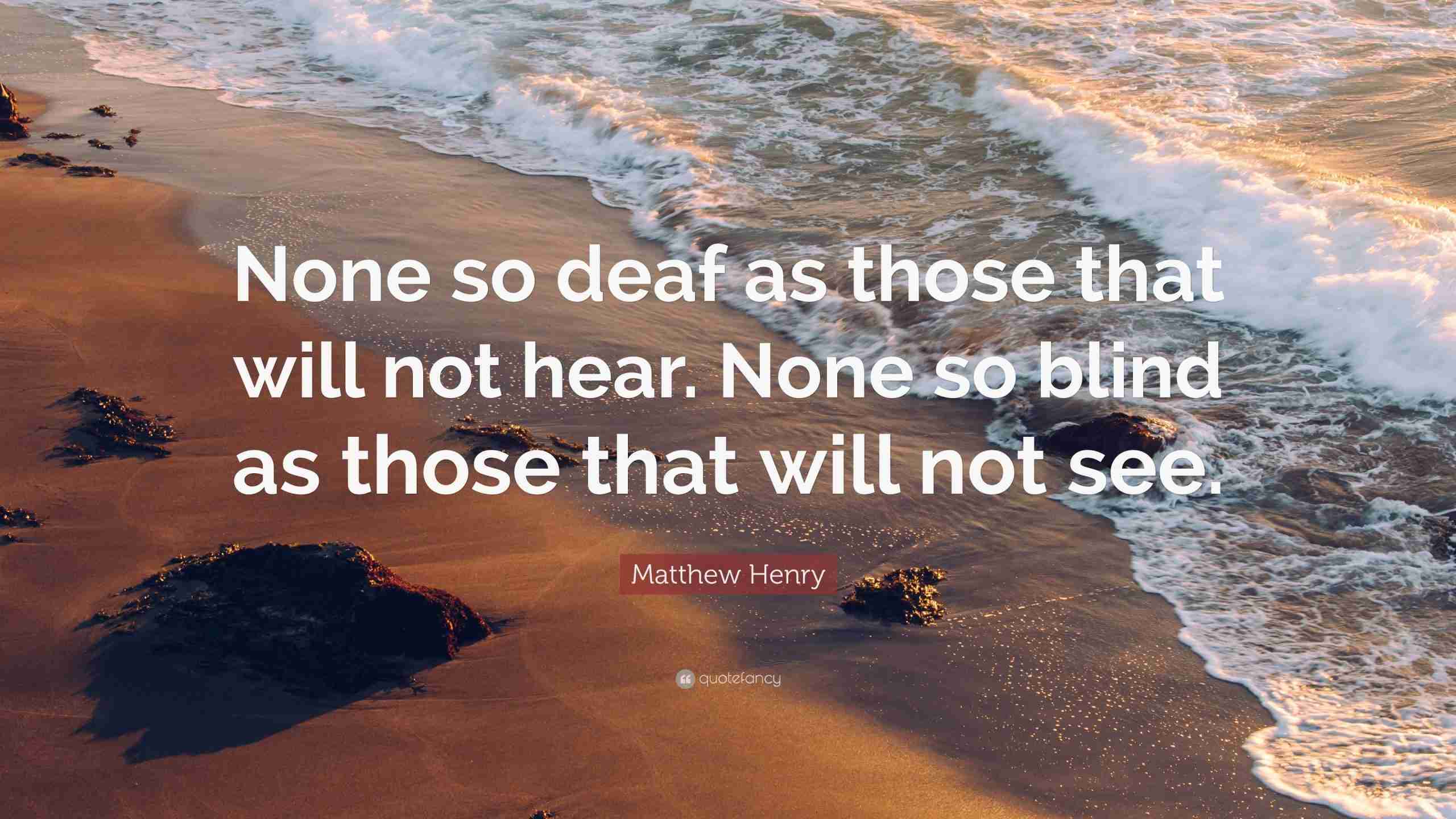 I could write for the next 25 years, and not tell you even half of what you really need to know!

There are none so blind as those who REFUSE to see!

I’m not sure yet who this article is really for!  My regular readers are already getting it.  So maybe it is for the “White Hats” – or even for the “Time Travelers”…

Most of humanity is completely ADDICTED to the lies that they have been told.

HARMONICS IS ESSENTIAL TO UNDERSTAND

Every single thing in our reality carries a frequency.  In fact, we are “frequency beings”.   Just like a favorite song playing on the radio changes something inside of us (because we love that particular arrangement of sounds) – a frequency that we are addicted to becomes something like an “old friend” to our frequency make up, and so after a while we seek more of it. 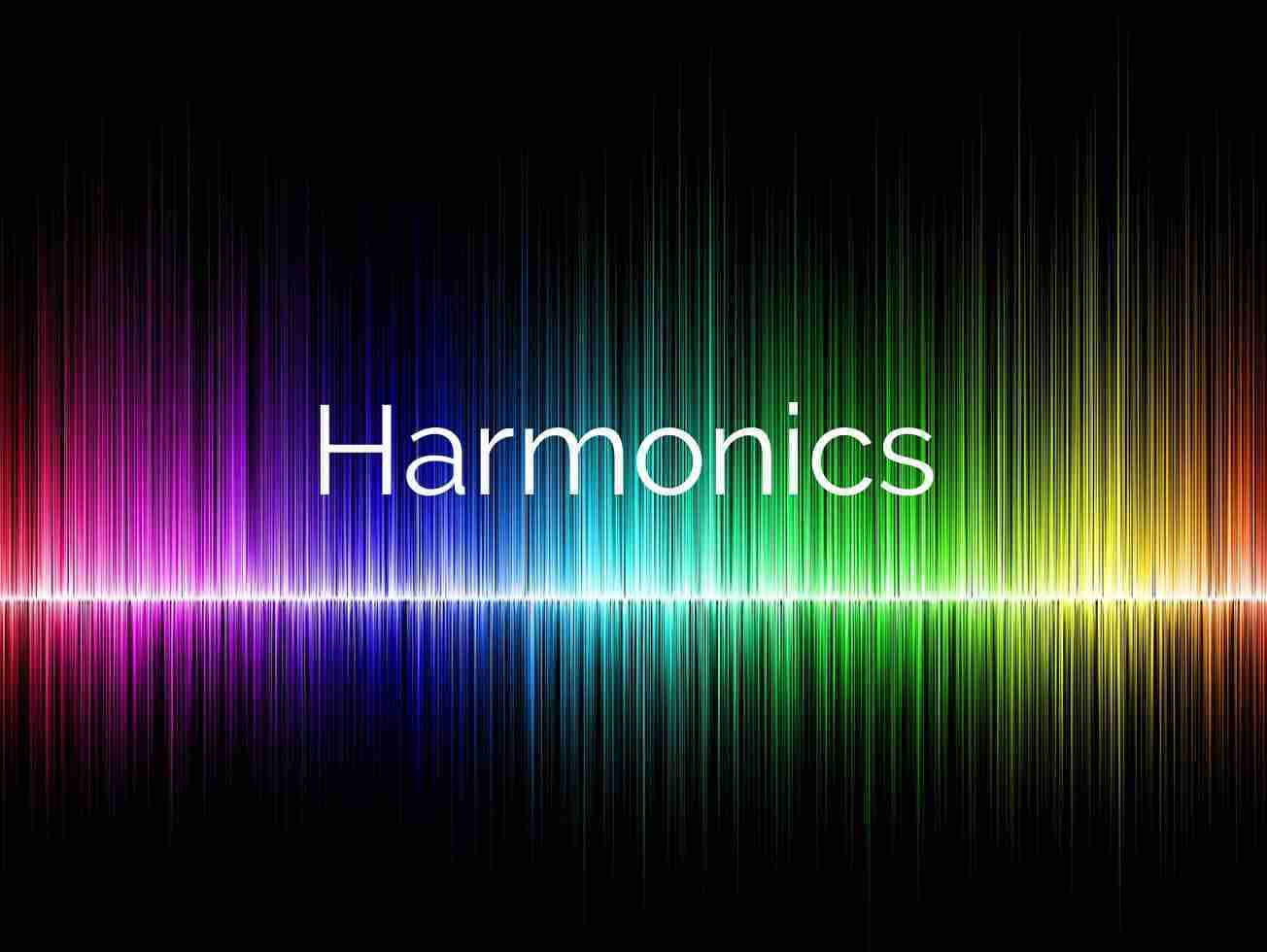 THE ANCIENT SCIENCE OF HARMONICS

Everything that I’ve just said above is part of the science of harmonics.  In fact, most of it is on the kindergarten level!  It is stuff that children would have been taught in the ancient world.  It’s all about knowing the nature of reality, and how all of it is having an effect on us daily as we live our lives.

I could write 50 articles on Harmonics and not get past the second grade level!  But no one cares about the kindergarten level yet, so we are stuck right where we are.

The Deep State, the Freemasons, and the Illuminati actually pay attention.

They study things and so while you are watching their “distractions” on television and are doing nothing – they are working very hard to understand reality every single day so that they can use it against you.

I’m very sad to have to report that over the last 70 years or more, they have USED HARMONIC FREQUENCIES against the rest of us.

They have turned the entire nature of reality into a WEAPON!

This is not hyperbole’.  It is fact, and I’ll try and show you just a few things that you may or may not want to hear.

I told everyone this stuff 7 years ago!  So who paid any attention?

All I can do is write little articles here and there and point out the most obvious things that no one wants to hear.  For instance, have you noticed that in the image above, the HARMONIC SPECTRUM is depicted not only by frequency waves, but also by color?

This means that frequencies can not only be understood mathematically and geometrically, but they can also be described by color! 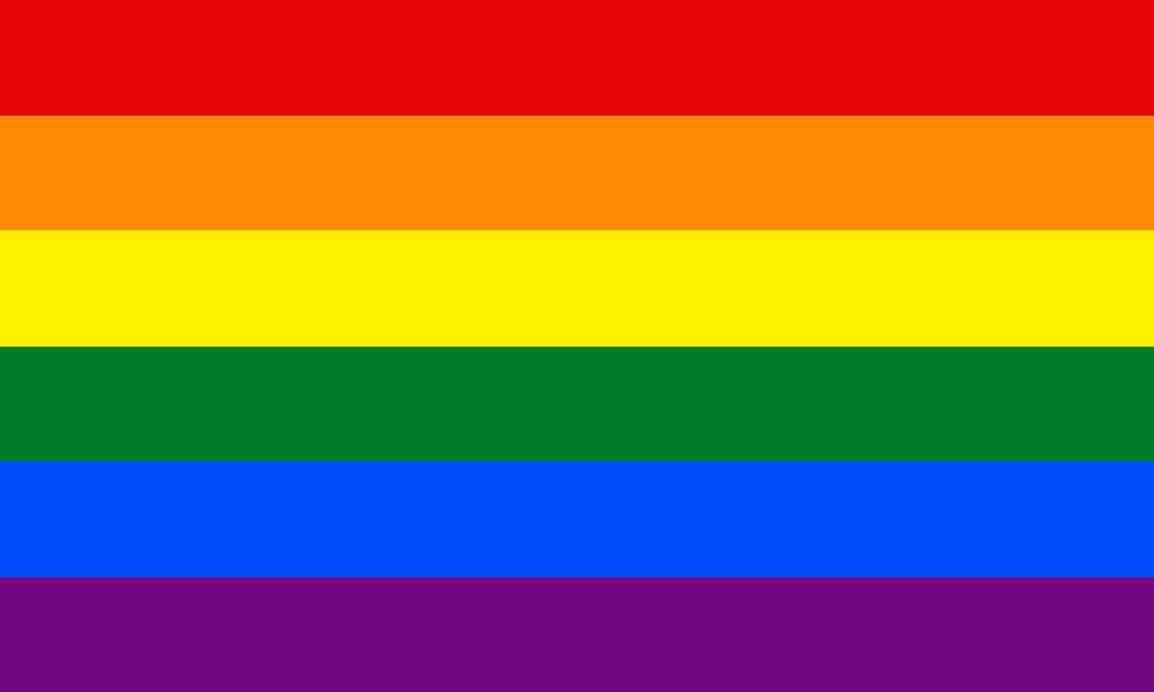 This is the “GAY PRIDE” flag that “they” are flying all over America, and all over the world!   Do you notice anything?

It is a – “CYMBOL/SYMBOL” – that is showing you the entire HARMONIC FREQUENCY SPECTRUM in the form of a flag.  (Compare it with the image above it)


What this flag is really doing is –  TELLING YOU – exactly how they are controlling and compelling so many people around the world to turn toward deviant sexual practices.  This flag is an – “in your face” – message from the Luciferians that is telegraphing EXACTLY HOW they are able to turn so many people gay, trans-gender, and eventually pedophile (which is their ultimate goal).

With the correct “frequency” added to any human being out there – a straight man will go gay!

I’m sorry to have to be so blunt and honest about this – but “feelings” are not what this post is all about.

I’m not writing this article to pander to your emotions.  I am writing it to teach you about an ancient science that deals with the nature of our reality, how it works, and how that ancient science has been hidden just so that it could be turned into a WEAPON and then used against us.


Here are some more things that you DON’T want to hear.

If you add the correct “frequency” to any human being who is a male – they will suddenly “feel” like a female and will want to act like or be like one.

If you add another frequency to a female, they will suddenly “feel” like a male, and they will want to act like or be like one.

This is simple HARMONICS!

Here is another thing that you don’t want to hear.  If you add the right “frequency” to a grown adult – they will start to be sexually attracted to young children.  If you add enough of that same frequency to that grown adult, they will be desperate to act on their desires, and will began to do that behavior.

Again, this is simple HARMONICS 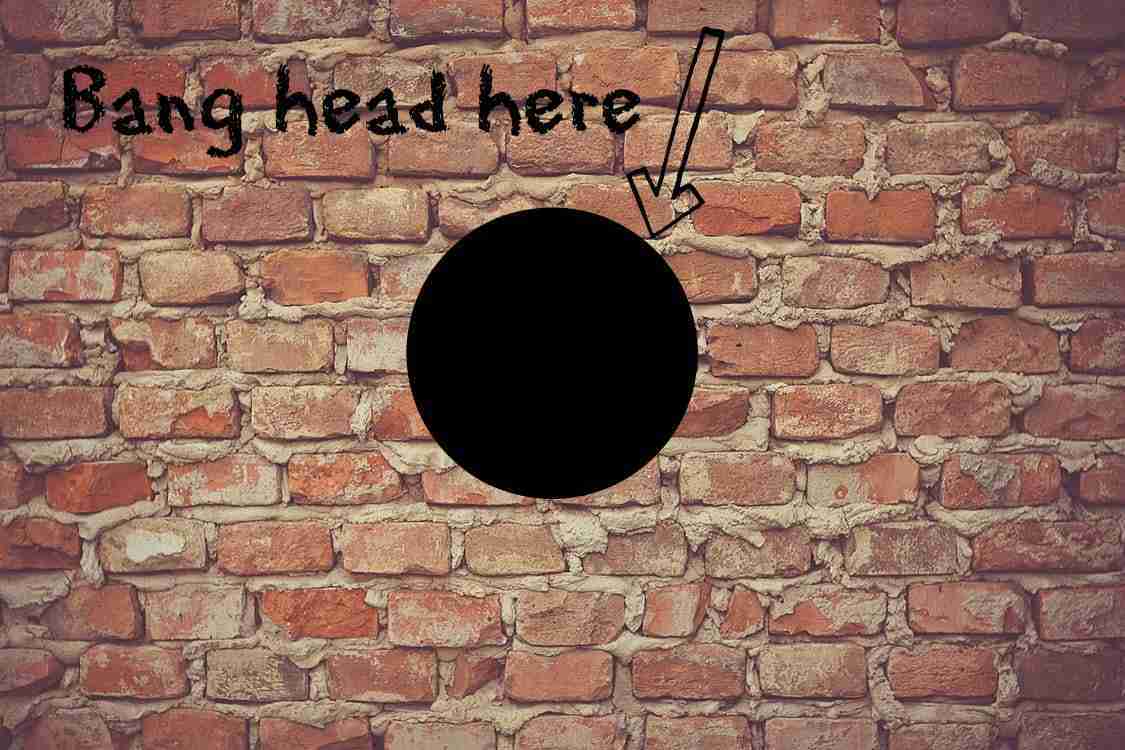 We are all under ATTACK!

Everything that has taken place in our world over the last 70 years has been dealing with “frequencies”.

In fact, when you get right down to it, almost every single so-called technological advance has dealt with the CONTROL and the PROPAGATION of frequencies.

Starting with Radio Broadcast Waves and then with Television Waves, we have literally FILLED our entire unseen SPECTRUM with adverse waves and life altering frequencies.

Now, with the advent of the Internet, Wi-Fi, Cell Phones, and Cell Phone Towers, our human bodies are literally drowning in an OCEAN of unseen frequencies that are pulsing and moving through all of our bodies and then causing real time effects.


These frequencies are changing us from the inside and altering not only our “moods”(which is fully documented in government reports) but ALSO altering our behaviors.

Add to this the mapping out of the entire Human Genome (mapping out of human DNA) and the Brain Initiative (mapping out the entire human brain) and the Luciferians have finally collected all of the tools that they will ever need to CUSTOM BUILD FREQUENCIES that can “target” each of us individually – and can compel each of us to do almost anything they want us to. 
You see, while most of the people (the deaf and the blind) are running around our world and are condemning the behavior of so many people, what they REFUSE TO ACKNOWLEDGE is that all of this deviancy and horror is being orchestrated by people from behind the scenes.

There are people doing this to us with weapons of FREQUENCY

Guess what people…, it’s YOUR GOVERNMENT, and YOUR MILITARY, and YOUR DEEP STATE SCIENTISTS, and your STATE AND LOCAL AGENCIES who are doing all of this from behind the scenes!

They are working for, and taking money from the Globalists, the Freemasons, the Luciferians, and the Jesuits. (All of the people that you love and respect the most)


These are the people that you keep electing into public office…  SO STOP IT ALREADY!


It is also the Courts, Lawyers, Judges, Doctors, Scientists and countless other men and women that you OBEY and that you give RESPECT to, that are doing this to you as well.

Does anyone remember this guy below? 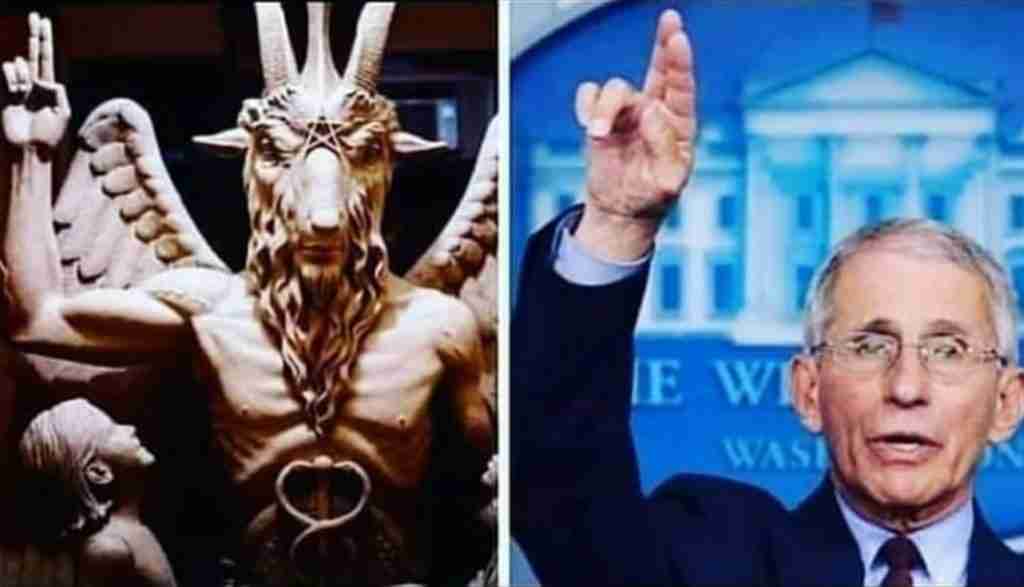 These are the ones who have paid for, developed, and are now USING these frequency weapons on all of us in a grand attempt to turn us into something that can be very easily controlled with the push of a button.

Please tell me that you get this – so that I don’t have to go bang my head on the wall some more!

Pharmaceuticals are basically nothing more than life altering “frequencies” in the form of a pill or a vaccine.

This is why all of the very natural remedies that used to be everywhere were “outlawed” by the American Medical Establishment in the early 1900’s.  This was orchestrated by the Rockefellers along with major American Universities.


They did this so they could introduce “drugs” into your system!  Each “drug” carries a unique “FREQUENCY” that alters something inside of you.  In the past, it was drugs that could alter your “mood” and your “behavior”.

THIS IS NOW ALL BECOMING OLD HAT…

They can now directly “target” the human brain with broadcast frequencies to alter anyone’s behavior – and turn them into a puppet. 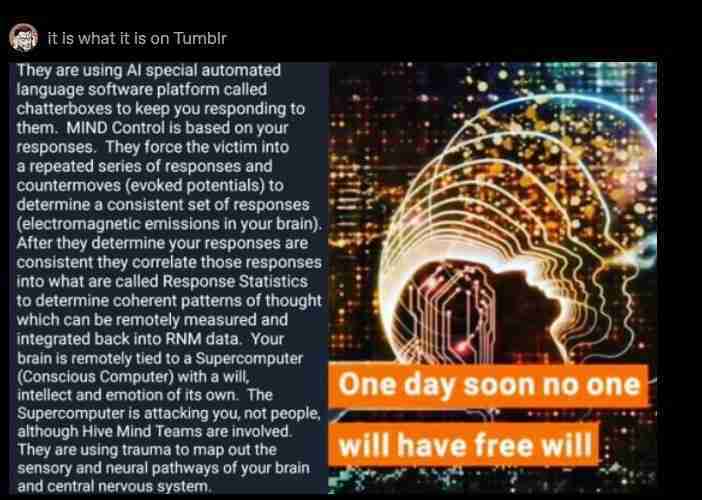 INFO-WARS has a bunch of videos talking DRAG QUEEN STORY TIME (started by Michelle Obama) and how they are now grooming young children not only to be “gay” but to eventually want to have sex with adults!

(This is something that I have been predicting would happen, ever since I started writing)

It is merely just “one” of their many end goals.

Please consider watching the videos at:

Stop arresting “the people” and start arresting THE ELITES….