THERE IS MORE TO “KNOW”

Below is a meme post showing how Q’s information and posting on 8-chan fits exactly with Donald Trumps “Tweets”. 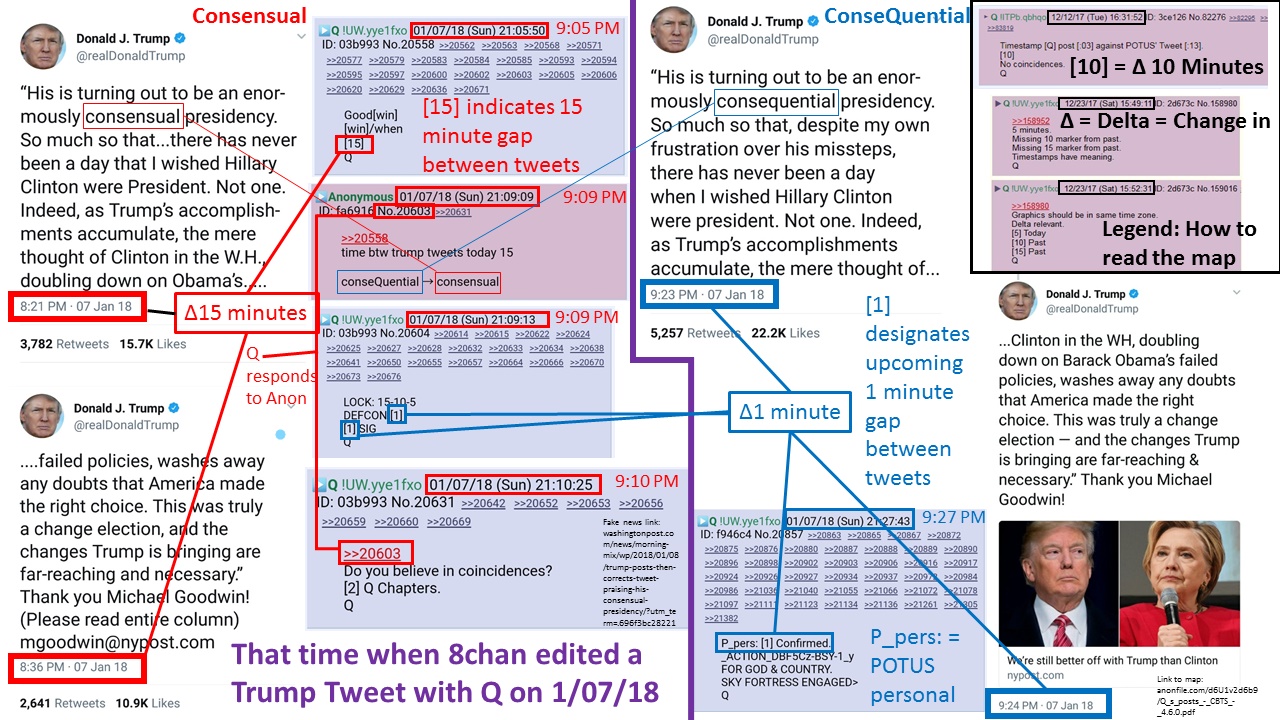 I commend these military boys for getting it straight, and knowing their trade well enough to prove what they are doing.

This was a good “start” at the reveal where MIND CONTROL is concerned, because most certainly the man who shot himself near the White House did not “need” to die!

However, for those who are congratulating themselves on just how “much” they many have things “nailed down” in the intel world…

THERE IS FAR MORE TO KNOW

I will fill in some holes for these boys who may not have even been alive, or born when this all started!

The technology to  “download” thoughts into other peoples minds has been “ongoing” since the early 1980’s!

Technological MIND HACKS were happening (most likely in Beta Form) on very “specific targets” all across America.  Usually those who presented a clear and present danger to the Illuminati, the Satanists, and their Agenda!

1985 was a “very bad year” for certain people living on this Earth, and it will forever stand in INFAMY because some of the greatest Laws of Nature, and Rules of PRIME CREATOR GOD were torn asunder in that year!

I DON’T THINK IT IS OR WAS AN “ACCIDENT” THAT THE REAL ROLL OUT OF THIS TECHNOLOGY HAPPENED ON OR NEAR THE YEAR 1984 !!!!

I AM NOT JUST TALKING ABOUT “MIND HACKS”

I am talking about the Deep States ability to reach in and to “take control” of a living human beings entire Central Nervous System, and then cause all manner of disfunction and chaos within their internal bodies communication systems!

The fallout of this technology was:

All of this was done as an INSANE means of CONTROL and TORTURE!

THIS WAS HAPPENING FOR A VERY LONG TIME ALREADY AND THIS IS WHAT PEOPLE NEED TO KNOW.

This is not new stuff!

I find it intersting that what I was so upset about nearly 40 years ago…, is only NOW starting to cross other peoples radar!

Here’s my “take” on the whole thing, and I will be blunt!

THE MILITARY DID NOT GIVE A SH*T ABOUT THIS TECHNOLOGY BEING “OUT THERE” UNTIL SOMEONE STARTED USING IT ON “THEM”.

Once the Satanists, the Luciferians, the Cabal got their grubby hands on all of the super secret “NO TOUCH TORTURE” technologies…, (and started using it on their enemies)…ie, anyone who would not go along with the New World Order…, ONLY THEN did the military get “upset” that this techology was being used “inappropriately”.

What are “they” going to do to compensate every man and woman who over the last “40 years” has been the “innocent” victim or TARGET of this MIND CONTROL/CENTRAL NERVOUS SYSTEM CONTROL hacking??

These men and women need healing and closure!

THIS IS NOT “NEW” STUFF – THE TECHNOLOGY WAS HERE FOR A LONG TIME ALREADY…, SO LET’S JUST KEEP THESE THINGS STRAIGHT!

The “movement” against it may be new, but the CRIMES and the EVIL are decades old already!

What do you tell a man who is 50 years old, and has spent 40 of those years of his life being TORTURED day and night, 24/7 with super advanced technology??

What excuse do you make to a guy like this?

Just like the psychopathic as*holes who love to shoot dogs and cats for fun and recreation on a boring Sunday afternoon, there are men and women working on secret bases who are pushing buttons and using advanced technology (and have been for years now) who actually ENJOY inflicting TORTURE upon their human target/s!

They laugh hysterically each and every time they “push that button” and watch their “target” squirm!

Oh, and by the way, WHY is George Bush Sr., still walking/rolling around freely when he was directly involved in over seeing a lot of this stuff??

WHAT IS LEFT TO “KNOW”  IS THAT THE HUMAN BODY FUNCTIONS VERY MUCH LIKE A MACHINE.

The brain communicates with this “machine” through waves, frequencies and “electric” transmissions.

So if other waves/frequencies/transmissions are BEAMED at the target from outside…, then the target’s body/machine starts to react to those outside waves as well.

THIS EFFECTIVELY IS CALLED:    “HI-JACKING”!

It is the remote hi-jacking of an innocent and fully SOVERIGN SOUL (under Creator God) that has COSMIC LEVEL RIGHTS in the Galaxy and in this Universe!

So…, we shall see just how “clued in” these people operating and posting on 8-chan really are about what is going on out there!

Also…, we shall see just how much Q really knows about the extensive abuse of countless SAP Technologies, and what it has been “used for”.