THESE PEOPLE ARE SO VERY “PREDICTABLE” – ITS JUST NOT FUN ANYMORE 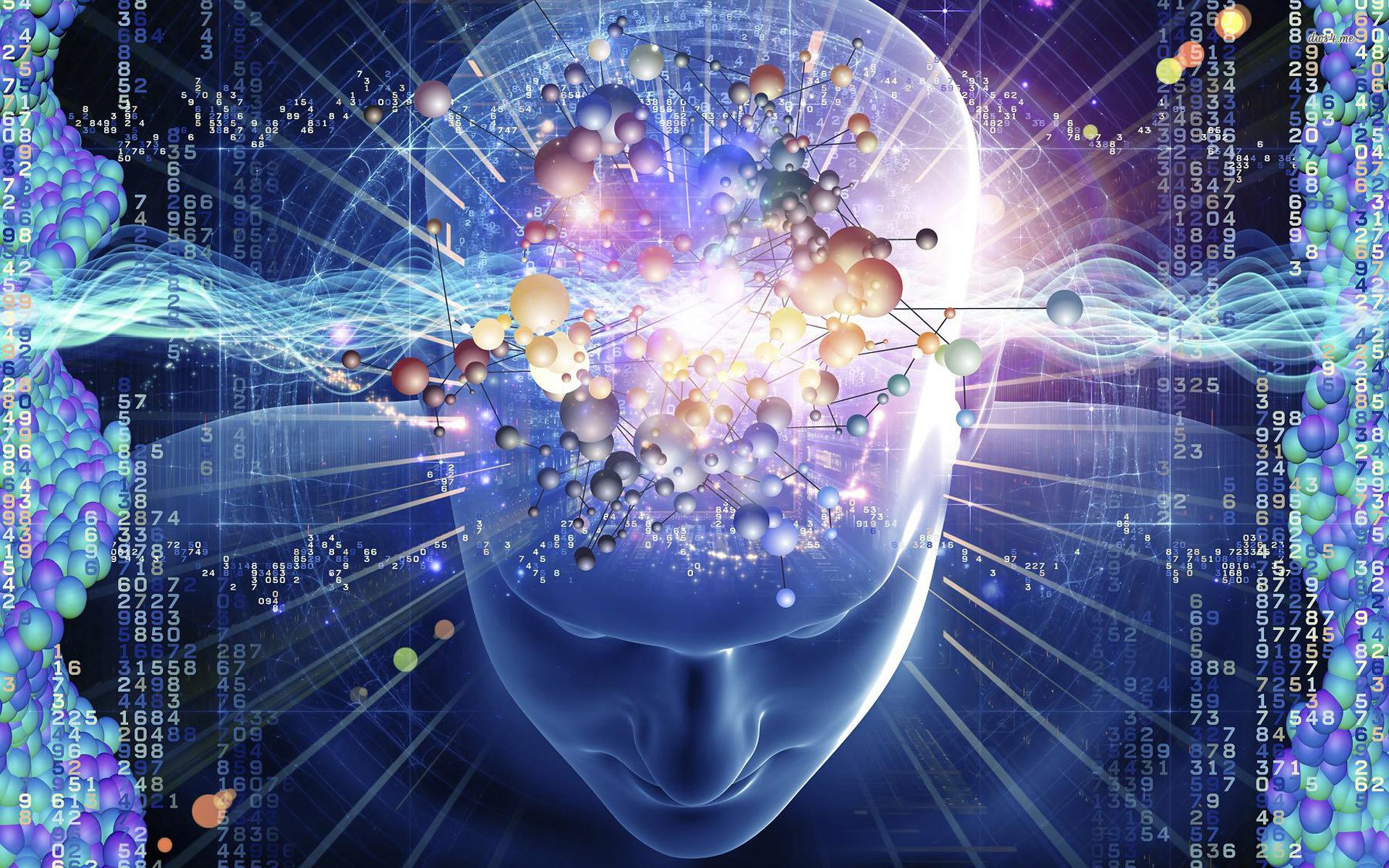 You know – having the ability to actually “SEE” – and when I say “see”, I’m talking about the intuitive vision which allows you to predict future events – for me it all sometimes gets just a bit old!

Actually, in all honesty its not even FUN anymore because these SATANIC people and their globalist agendas are JUST SO DAMN PREDICTABLE!  Literally young children of five and six can “SEE” what’s coming down the road these days because there is just no original thinking on the part of these GLOBALISTS!

THESE PEOPLE ARE STUPID…

So yesterday – PREDICTABLY – the New York Times wrote an article about the coming CORONA VIRUS VACCINE!   In it – they fretted that only about half of Americans would be willing to actually take it – and so they – “suggested” – that Government Legislation was needed to make it MANDATORY – aka FORCE people to get it!

OMG – who couldn’t see this coming half a planet away?  No wait – I saw this coming from outside the SOLAR SYSTEM even! – I called it before it even got cl0se to PLUTO!

Advocates making it mandatory to take vaccine to fly.

Of course – making it mandatory to “fly” is only the first step in a quick succession of steps!  It will be mere weeks before it is “mandatory” to travel at all – and then they will make it “mandatory” to go to sporting events or bars and nightclubs, and then “mandatory” to shop, go to school, or gather anywhere in large groups – and finally they will just say:

– DON”T LEAVE YOUR DAMN HOUSE UNTIL YOU HAVE THE SHOT!

Predicting what these Satanists are going to do next – is about as difficult as predicting that a dog is going to scratch behind its neck! 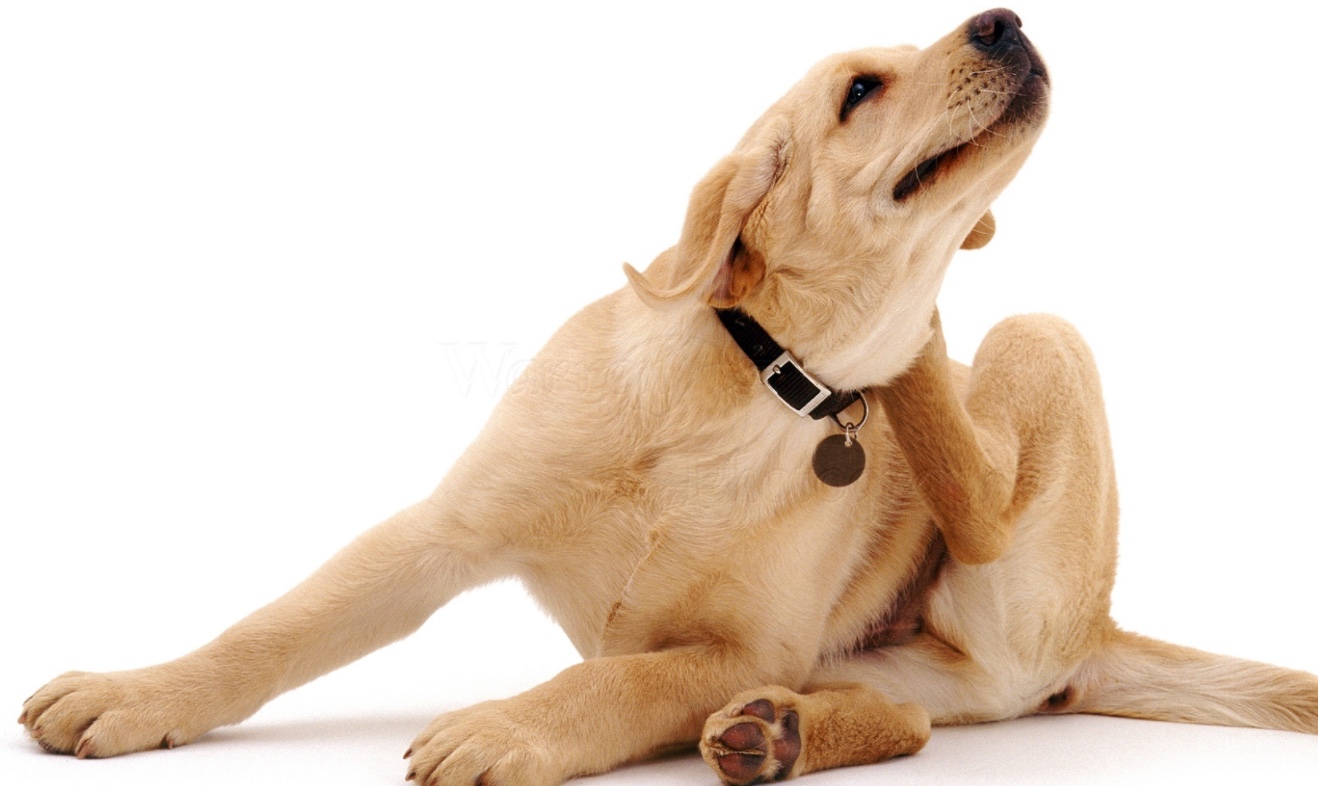 I just shake my head in utter amazement at how transparent their motivations and movements really are!

The only sad part here – for me that is – is that there are whole swaths of Americans and people living around the world that honestly can’t “SEE” or “PREDICT” this stuff yet – and when it all happens or goes down – they are about as surprised as a new born baby who has discovered it has a foot connected to it’s leg!

Come on people – as my junior high basketball coach used to say:

GET YOUR DAMN HEADS IN THE GAME ALREADY

He was also fond of saying things like:  We did everything wrong but trip over the half line as we crossed the basketball court – and that a few of us could not make a basket if the hoop was the size of the Grand Canyon!

Funny stuff now thinking back on those days…, BUT…, my junior high basketball coach had a much larger purpose in that he was teaching his young players to THINK and TO SEE on the run – in real time – and to watch what was going on around them every second as game play was UNFOLDING!

HE WAS TEACHING US – “GAME THEORY”

His coaching made everyone who had him in their lives a very successful young adult – and in his 30 years of teaching and coaching – he never failed to get an YEARLY AWARD from his own students for his service to them.

Instead of coddling us and giving participation ribbons – we all got a daily KICK IN THE BUTT – and a constant reminder TO WAKE UP!

So how does this apply to what the SATANISTS are doing?

Q-Anon has told us many times already – GAME THEORY!   What they are doing is PREDICTABLE!   This is why Q-Anon can call things days, weeks, months and YEARS before it even happens!   Not all of this stuff is LOOKING GLASS RELATED!

Some of it just needs a kid who had a good basketball coach to figure out! 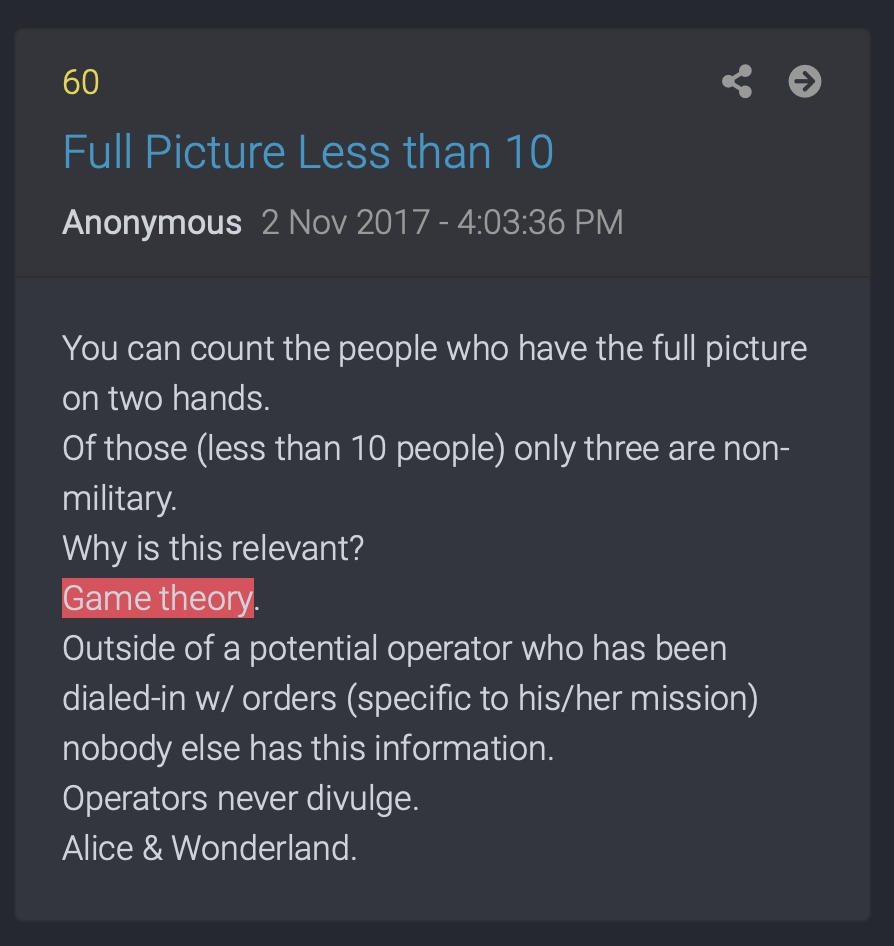 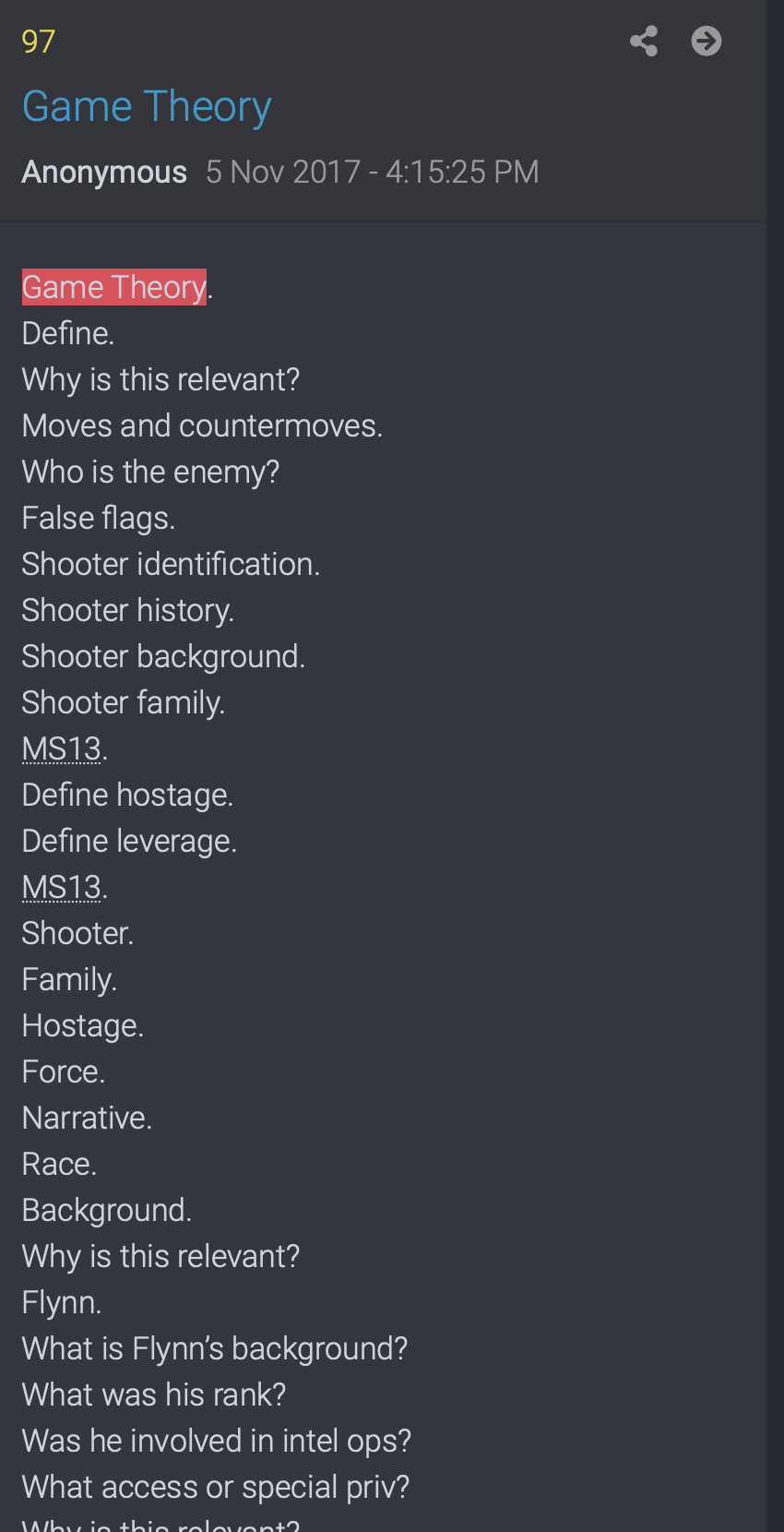 HEADS UP PEOPLE – GET YOUR DAMN HEADS IN THE GAME ALREADY – AND YOU WILL WIN THIS ONE!

TRUMP AND THE PATRIOTS ARE ON THE JOB…