“THEY” ARE SLAVE TRADERS – PART ONE 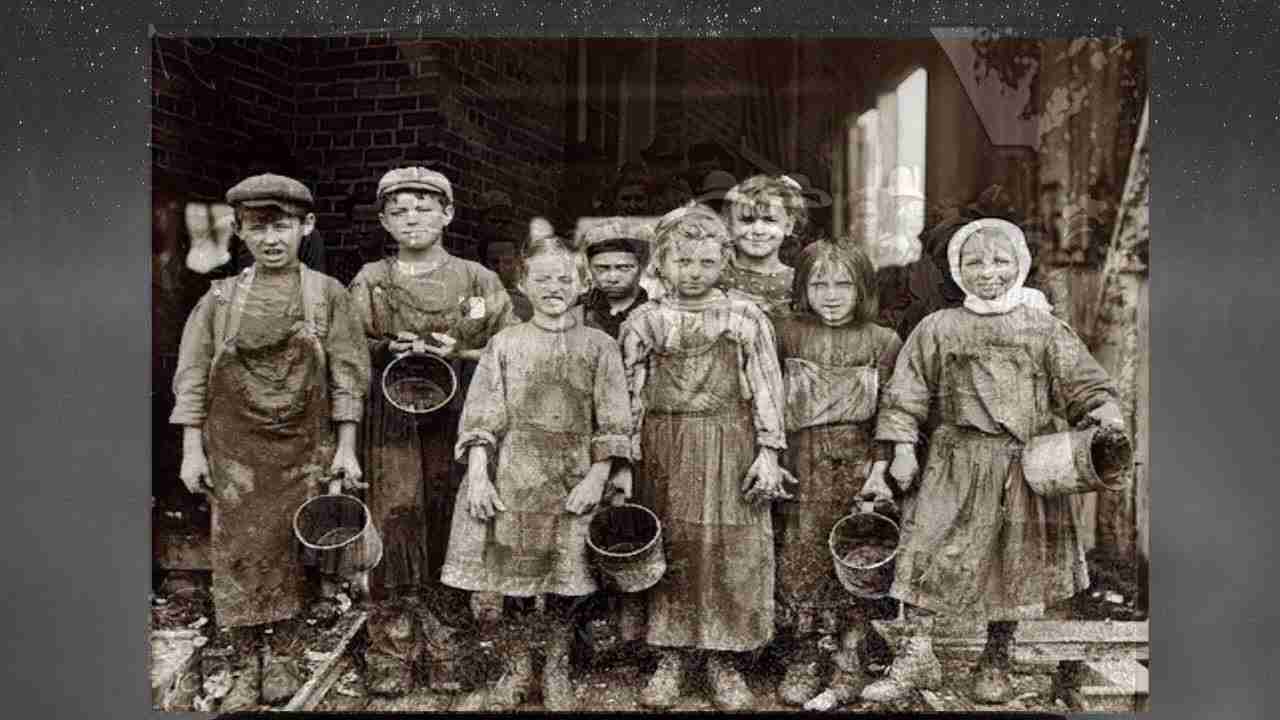 It’s really tough to be an older American, and to have to sit on the sidelines of life watching the highly MIND CONTROLLED younger generation of this country decide America’s future and fate.

We are now in the midst of a Communist/Socialist takeover of our American value system, and are watching everything slowly being replaced with a Satanic/Luciferian/Nazi/Communist System of control.

Our minds are inundated daily with false narratives and fake news stories to such an extent, that most people have no idea what is true, what is real, and what is simply fictional any longer!

I am quickly losing faith in my own countrymen, and have to admit that everything I write, more and more, is being written for the future generations and not for this one, simply because this generation can no longer think!

I say future generations – because regardless of what you believe – everything that I write is being SAVED, CATALOGUED, and RECORDED by higher beings which will make certain that future generations see all of it.  It will also be used as testimony in front of the awesome THRONE of the Great Creator.


What we are seeing unfold today is the gradual ENSLAVEMENT of the American civilian population by means of DARK MAGIC and a wholly LUCIFERIAN value system.


We most recently saw this happen in Germany just before the NAZI’s took over, and it is clear that it is the same group of renegades and regressives that is doing it here in America.

The Nazi’s (the 4th Reich) are working for Off World Regressives, who for lack of better words are SLAVE TRADERS.

So there you are.  That is who is acting from behind the scenes, and that is WHO is doing this!  “THEY” are SLAVE TRADERS – and they have been doing this far longer than you can possibly imagine. 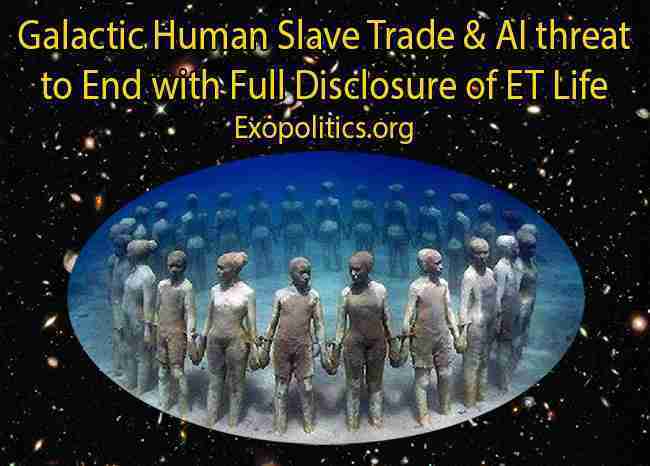 I am not the first one to say this – but I do suppose that the more of us that do say it – the quicker it will sink in to the human consciousness.

Now far from what the highly mind controlled human population (that listens to television news) thinks – these SLAVE TRADERS do not give a rats a** whether you are black, brown, yellow, red or white!  They will capture you and sell you no matter what color your skin is.

The fictional idea that “blacks alone” are the only ones who have ever been SLAVE TRADED here on Earth is about the most ludicrous and preposterous idea that has ever been sold into the human consciousness!

The black race is only one (of many) of the more recent races to have been bought and sold by the LUCIFERIAN PRIEST CLASS, who are people born here on Earth that have sold out and who “work” for the Off World Regressives.

In the over 5,000 articles that I have written, I have posted ample proof of this – so  much so, that it can not be disputed once looked into. 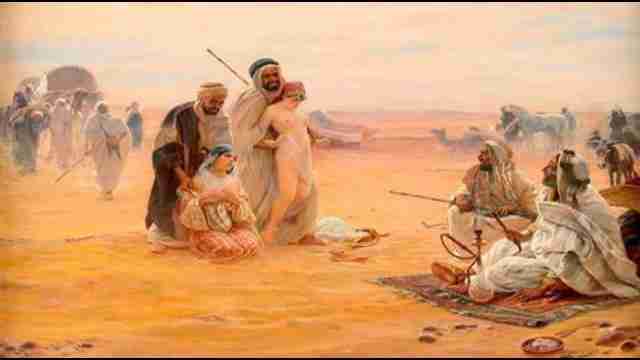 The Turk and the Ottoman slave traders of the 1200’s and 1300’s captured, bought, and sold almost exclusively “white people” and they sold them all over the known world.  This was long before the slave trade of the 1600’s and 1700’s.

Naturally, there are people who are so attached to narratives and to fiction, they don’t want to do a single bit of research to find out that this is true.

As we speak, there are certain countries in Eastern Europe, who having never forgotten their own history, will not let a single Moor, or Muslim immigrant into their country!  They have put up walls and fences for one reason alone, and that reason is that 800 years ago – it was the Muslims and the Moors that were capturing, enslaving, and selling the predominantly “WHITE” people of Eastern Europe.

This is why countries such as “Poland”, “Hungary”, and “Slovakia” absolutely REFUSE to allow Muslims into their country even today.  They remember!  They remember how horrible the Turks and the Ottomans were to them 800 years ago.

And specifically Slovakia – where so many white people were captured and taken as slaves, that this is exactly where the actual word “slave” comes from.  The word slave comes from the word “Slov” – which is who the people living in Slovakia were called!  They were called “Slovs”.

And let me just repeat for the exceedingly STUPID and the THICK HEADED that are out there – “Slovs” were WHITE PEOPLE!

And if you were a rich elite back in those days – and wanted to “own” another human being, you went to Slovakia and got yourself a “Slov”.

This was happening LONG BEFORE anyone in the entire world had the idiotic idea of going to Africa and gabbing “black people” and then selling them.

GET AN F’ING GRIP AMERICA – AND LEARN SOME HISTORY

Just because YOU don’t know about the Secret Space Program (a program that has been on-going since the Nazi’s built their very first base on the Moon in the late 1930’s) does not mean that there aren’t men and women living here on Earth who have sold their souls to these Regressives, and who are therefore helping them to capture and to sell other humans born here on Earth all over the Galaxy!

Listen to the video below:

“THEY” ARE ALSO TIME TRAVELERS

If you are a Regressive Off Worlder, and you have managed to find and thus gain access to the Earth, then you must have some kind of ships – and therefore have access to Space Travel!

Almost every man or woman in the know – “whistle blowers” – have stated empathically and matter of factly that Space Travel (travel through space) – IS TIME TRAVEL – by definition.

Let’s repeat this for the thick headed!

So even though this is difficult to wrap your mind around, you’ve at least got to give it a go, because your knowledge and understanding depends on getting this.  Read this next part carefully!

IF – Regressive Off Worlders came to the Earth in the 1930’s, and then made formal treaties with people like Hitler and the NAZI’S, (and in so doing got access to the Earth by means of that treaty) – then these Off Worlders who regularly use Time Travel and who are known as “Dark and Regressive Beings” to the rest of the Galaxy and thus do not honor treaties very well – would very naturally take advantage of any treaty that did not specifically FORBID them from using their own technology to TIME TRAVEL back into Earth’s history – and began to change things.

It is really as simple as that!

Regardless of what you think and what you believe – our whole entire history of SLAVE TRADING, going as far back as the Roman Empire – and even back into the Egyptian and Babylonian times – could have easily been a direct result of a treaty signed either by Hitler in the 1930’s, or by the Majestic 12 in America in the 1950’s.

Thus these Off World Regressives (who are slave traders) were able to go deeply into our past, and began doing what they do all over the Galaxy – which is to capture, buy, and sell, human beings.

The very act of doing this – changes Earth’s entire history!

Which means we are now living in a bastardized version, or more simply put, an alternative version of Earth’s original history!

Now, this may sound impossible, or highly improbable, but those who know the hidden science (science that you don’t know about) know that this is very likely correct, and that there is nothing they can do about it.

They are now aware that they got “taken” and out bargained at the bargaining table.  They know that they not only bargained away our present, but our entire past, and our future as well.  They were taken for the ride of their lives, and were conned so badly by the Off Worlders, they came out smelling like a pile of cow dung after they signed the treaty.

Now here is something to think about:

It is because they f*cked up so badly, that they think they could be charged with every single crime ever known upon Earth up to and including:  Genocide, Treason, Mass Murder, altering time itself, and the utter destruction of Earth and everything we know.

Yea…, they are terrified of what “they” did.

So, you wanna know what their answer was?

Instead of begging for forgiveness from their own species, and trying to somehow help us in fixing it – they JOINED UP with the Off World Regressives – and began to help them enslave, buy, and sell the rest of us for profit.

This includes the world wide Child Sex Trade, and the Human Trafficking which was being run out of the D.U.M.B.S. – and was aided and abetted by every high level Government Official in every country on Earth who knew.

Deep Underground Tunnels were built all over the entire Earth – using STOLEN money and gold to build out an incredible infrastructure of kidnapping, capturing, and stealing of human beings – mostly women and children – and then moving them through these tunnel systems all over the world – and in many cases OFF WORLD, where they were then used as SLAVES on other planets and in other systems and even taken to other Galaxies.

TIME TO WAKE UP PEOPLE

These are the very “leaders” that you keep electing into your Governments!  These are the men and women forcing you to wear masks and to get vaccinated!  When oh when are you going to STOP listening to people who are actually helping Off Worlders to run a world wide SLAVE TRADE??

Are you people NUTS?

Sometimes I feel that you are all just as insane as they are!

Let’s look back on how this article began:

It’s really tough to be an older American, and to have to sit on the sidelines of life watching the highly MIND CONTROLLED younger generation of this country decide America’s future and fate.

We are now in the midst of a Communist/Socialist takeover of our American value system, and are watching everything slowly being replaced with a Satanic/Luciferian/Nazi/Communist System of control.

Need I say more?  Are you all starting to “feel me”?

If not – more is coming!

Stay safe!  All my love…

If you think I am doing good work in trying to save the world,  please buy me a coffee !

IF NOTHING ELSE – WATCH THIS VIDEO TODAY

Slave is based on word “slav” – for all nations of eastern Europe, white arian race, basically Rus,aka Russian now. Nor from “slov” – this is only small part of the whole race. You need to know this

“Fraud Vitiates Everything.”
By What and under Who’s “Authority” were these agreements made?
Not Mine. Not Yours.
Men/Women not following the Will of Our Father are NOT TRUE Leaders or Rulers and thus have NO authority to make any such agreements in the first place. Let alone in any past, any future, or any other time or place.
I do not concent, ever.
Peace and Love