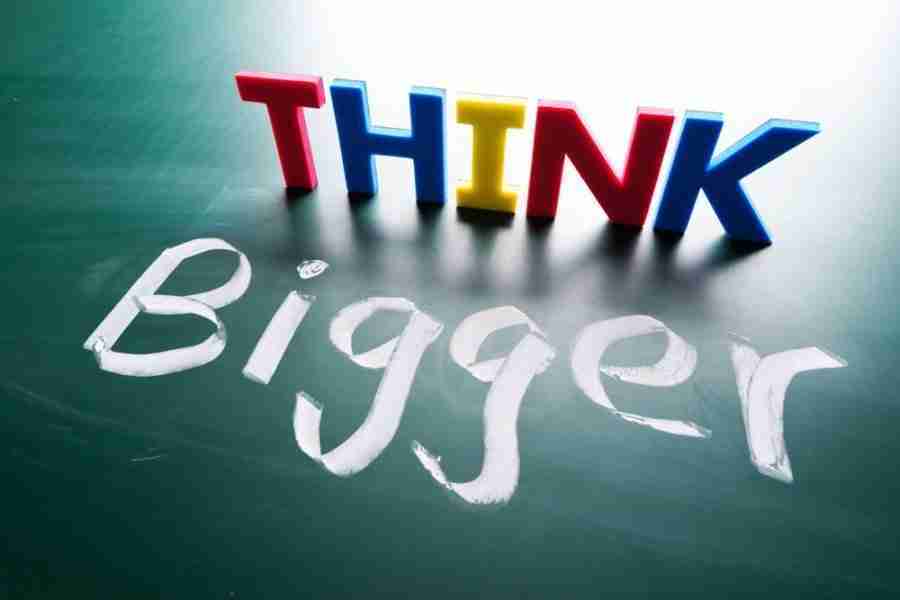 They say that anyone who was living in America on November 22, 1963 knew exactly where they were and exactly what they were doing on the day that John F. Kennedy was shot and murdered!

Well, everyone except just one man!    George H.W. Bush (Scherff) repeatedly said he “just can’t remember” where he was or what he was doing on that day!

Yet…, there is credible evidence that he was in Dallas Texas on that day, and was seen right at the very Texas Book Depository where Lee Harvey Oswald was supposed to have been pulling off the JFK assassination. 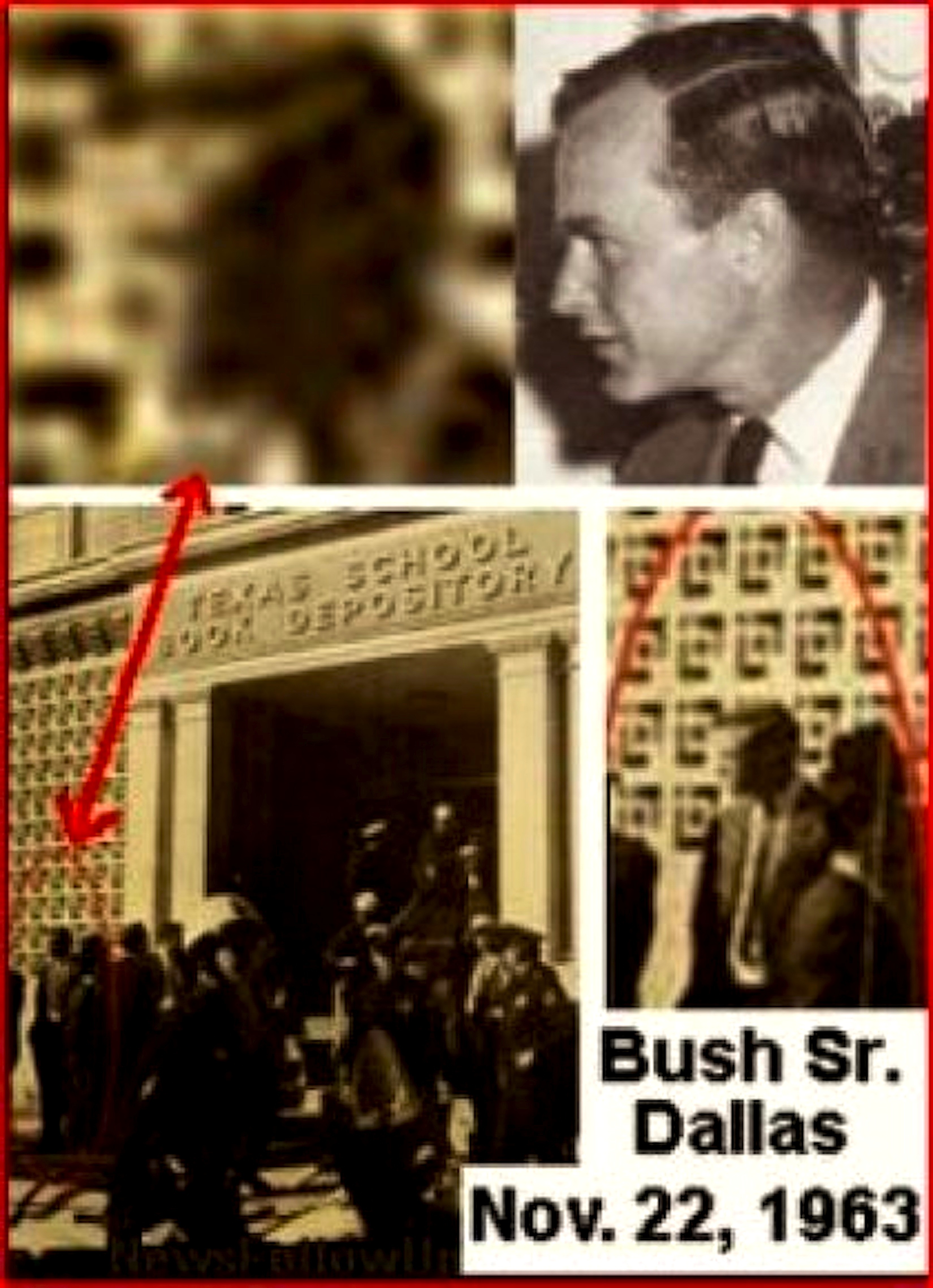 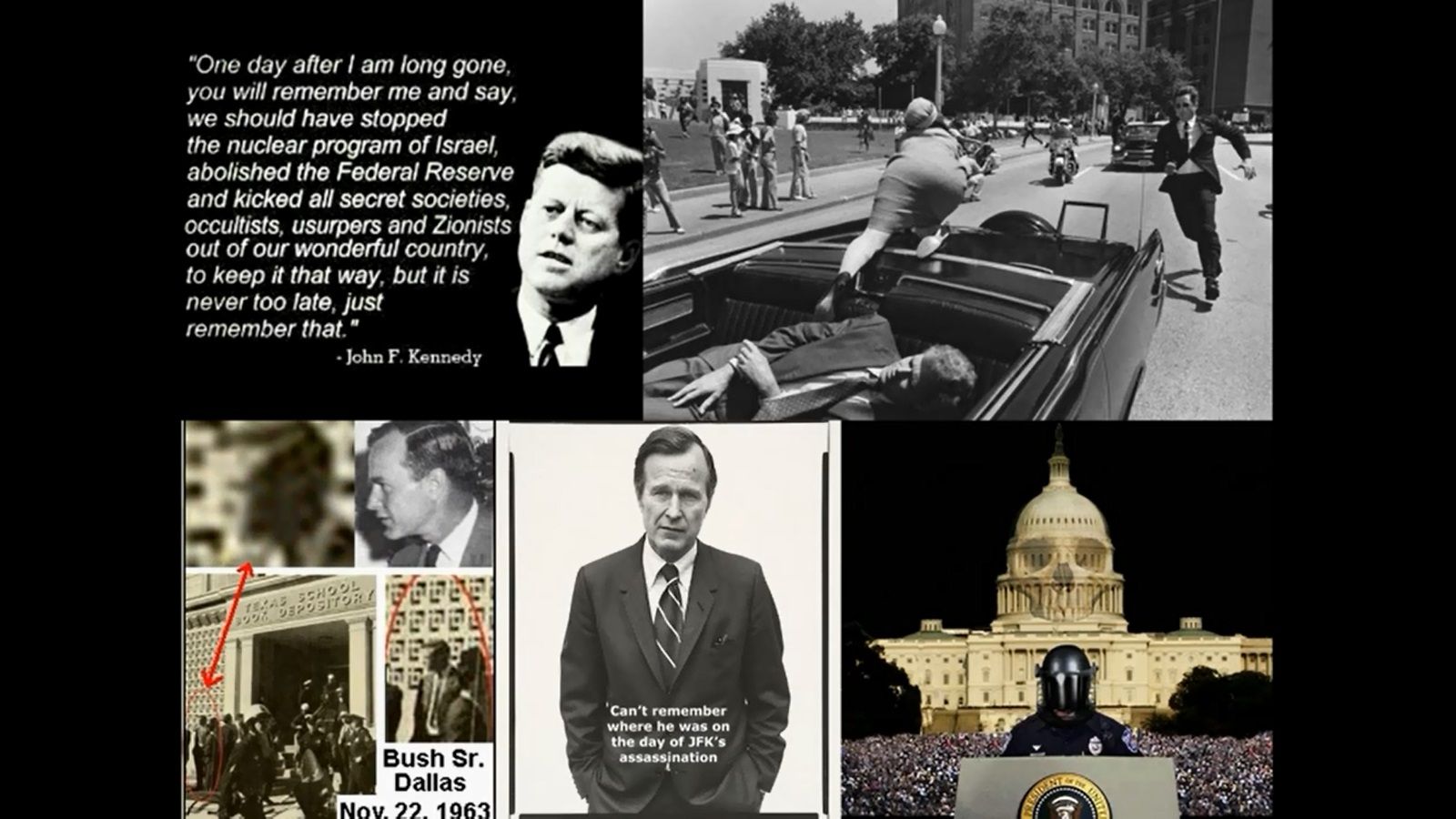 So…, getting back to my original analysis in PART NINE, you’ve got a 16 year old SCHERFF (Bush) hanging out near Nikola Tesla, and making a total nuisance of himself (stealing stuff) – and then 23 years later he’s seen standing at the crime scene where JFK was just killed in Dallas, Texas! 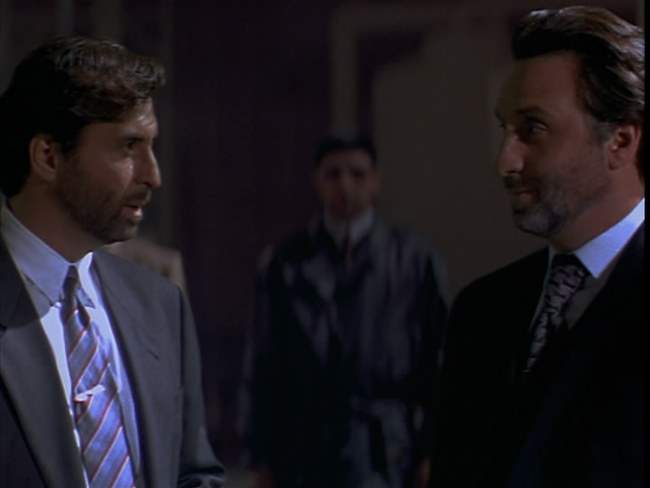 And…, the very same plot repeats itself in the movie BACK TO THE FUTURE II – where young Biff was given information about the future from his future older self…. 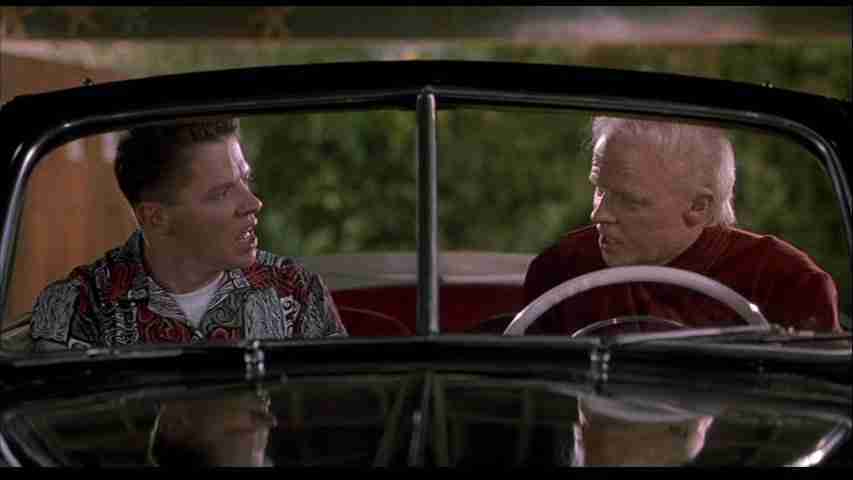 Young Biff, on the left is getting important information he needs for his life from his future self – old Biff – sitting on the right…

…my suggestion to all of you is that a young George Scherff (aka Nazi/Satanist) as a boy or a younger man was given important information to help him control the entire world – directly from his older self – George Bush Sr.! 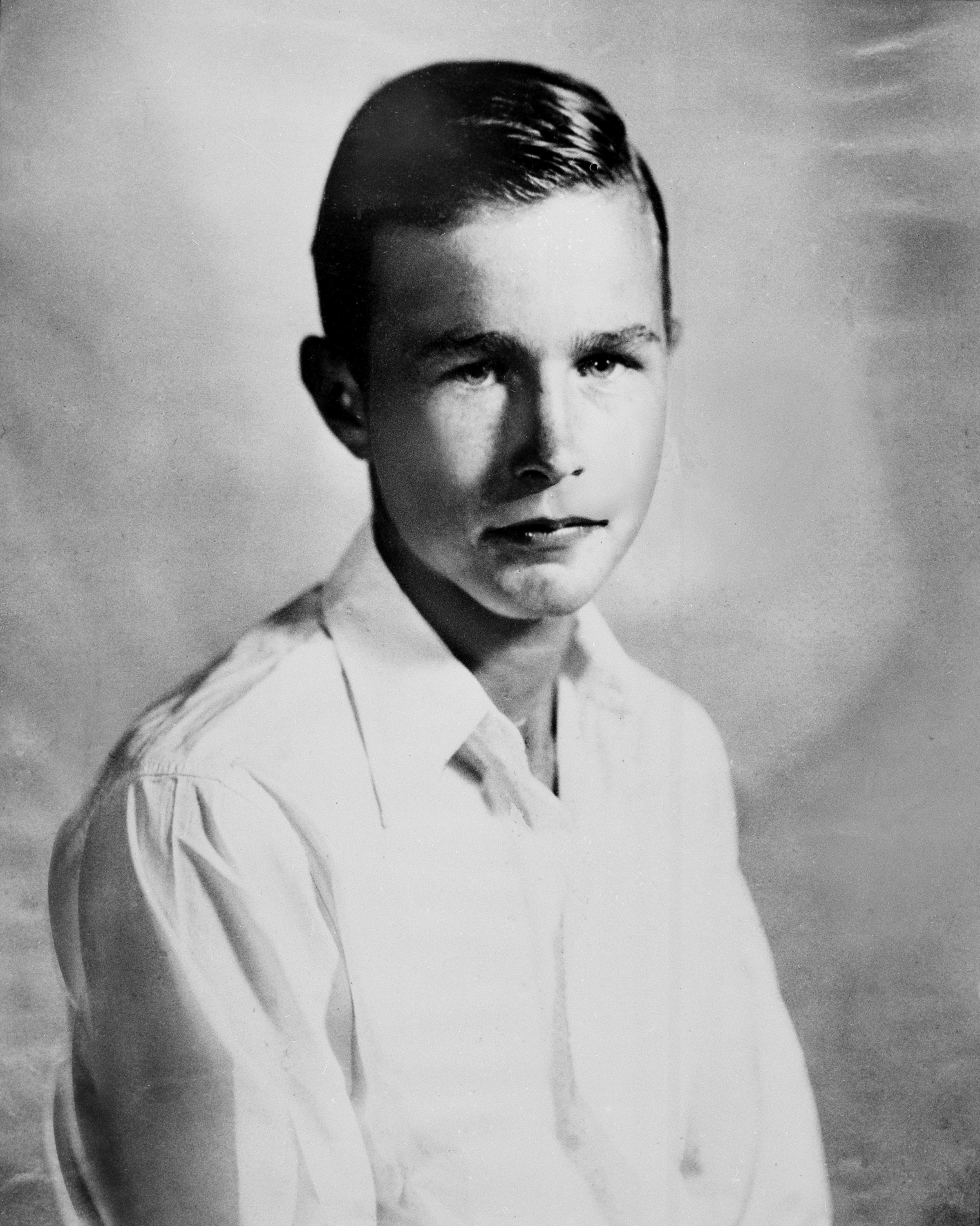 George Bush is shown at age 14 or 15 in 1939. Bush was born in 1924 in Milton, Mass., and grew up in Greenwich, Connecticut. He graduated from Phillips Academy at Andover, Mass., in 1942, and joined the United States Navy to fight in World War II. (AP Photo) 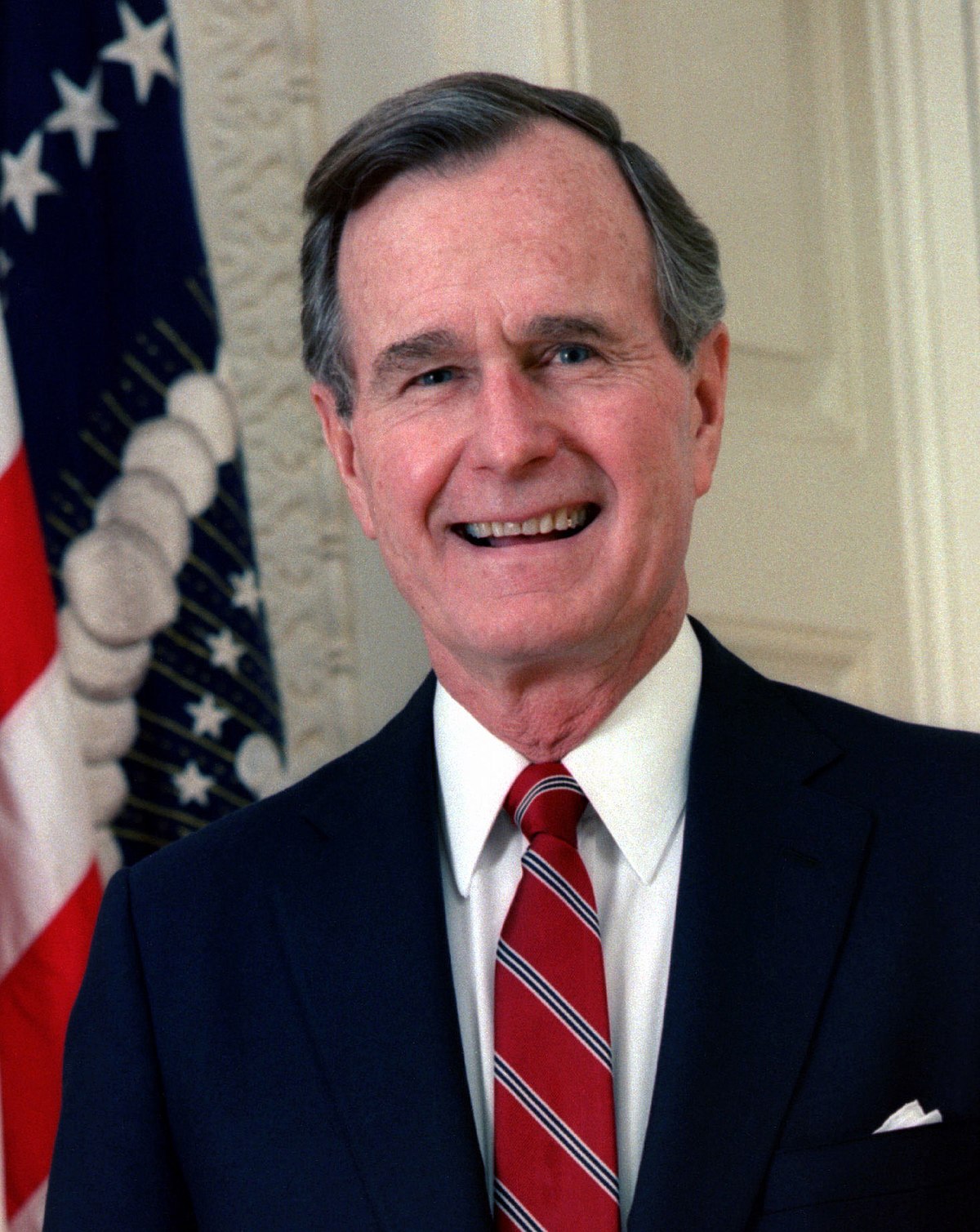 Diabolical older Bush who hands “future information” to his own younger self – in order to change HISTORY.

In 1963, even though he can’t seem to remember it…, George Bush was already working for the C.I.A.

Once again…, you have to start thinking in terms of TIME LINES and TIME LOOPS here!    All of this could not have been accomplished in just a single attack on the original TIME LINE.

In the first loop – George Scherff could have been used simply to GET or to STEAL the TIME TRAVEL PAPERS and technological designs from Nikola Tesla that were very necessary for the Satanists to create and get their own time machine up and running!

Once this was achieved, he was rewarded…, but it is highly unlikely that he was either hired into the CIA or ever got to be US President in that first HACK ATTACK against the original TIME LINE.

John F. Kennedy probably finished his first term and even went on to a second very powerful term as President in that original TIME LINE.

For all we know…, his actions (JFK’s) as US President brought a huge awakening to the entire world and brought tremendous prosperity to humanity!

But…, THOSE ACHIEVEMENTS would have been really bad for the NAZI’s and the SATANIST’s who wanted to take over the world and install a NEW WORLD ORDER for Lucifer!

So (follow me on this) – good ol’ Scherffy Boys NEXT ASSIGNMENT – given to him from the same group of Time Traveling Satanists… (who now had their very own time machine as opposed to having to use the same one that the Government under Kennedy was using)…, came back in time a second time in order to create a SECOND TIME LOOP or a THIRD TIME LINE removed from the original organic Time Line that occurred before the interference of Time Travel.

This time, John F. Kennedy had to be KILLED – because it was seen in the second Time Line (Time Loop) that his policies and his Presidency was seen as fatal for the Satanists, the New World Order, and most evil people in general. (Elite Pedophiles)

Once again these Satanists/Luciferians most likely used the same hapless, ignorant, and useless fool that they used the first time around to do all of the dirty work… CURIOUS GEORGE! 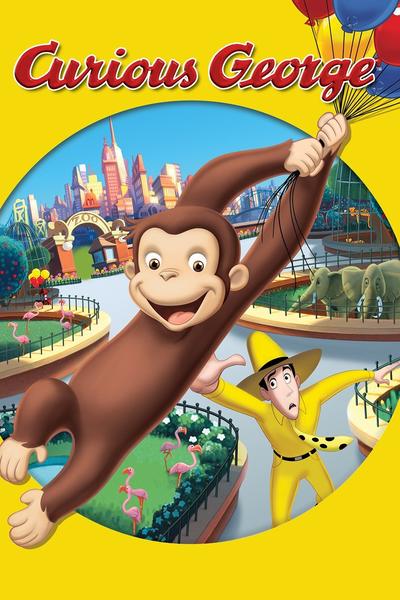 He was most likely instructed that he needed to get into the CIA – and as part of an elite squad of assassins – move heaven and Earth – to take out Kennedy…, FOR SATAN!

Well, the plan worked (apparently) because that is what has now been recorded into our history as “REALITY” – in this Time Line – even though (in my opinion) it was never our original reality – or recorded into the world’s original recorded history for 1963 in the Organic Time Line.

Because that worked…, he was then probably rewarded with the Presidency by the same group of TIME TRAVELING SATANISTS, who knew that they could count on him to do what ever they asked in order to get the NEW WORLD ORDER for Lucifer up and running!

At this point…, Scherff/Bush continued to do exactly what his Satanist religion required him to do which was to rape children (see Cathy O’Brien’s book: TRANCE – FORMATION OF AMERICA) 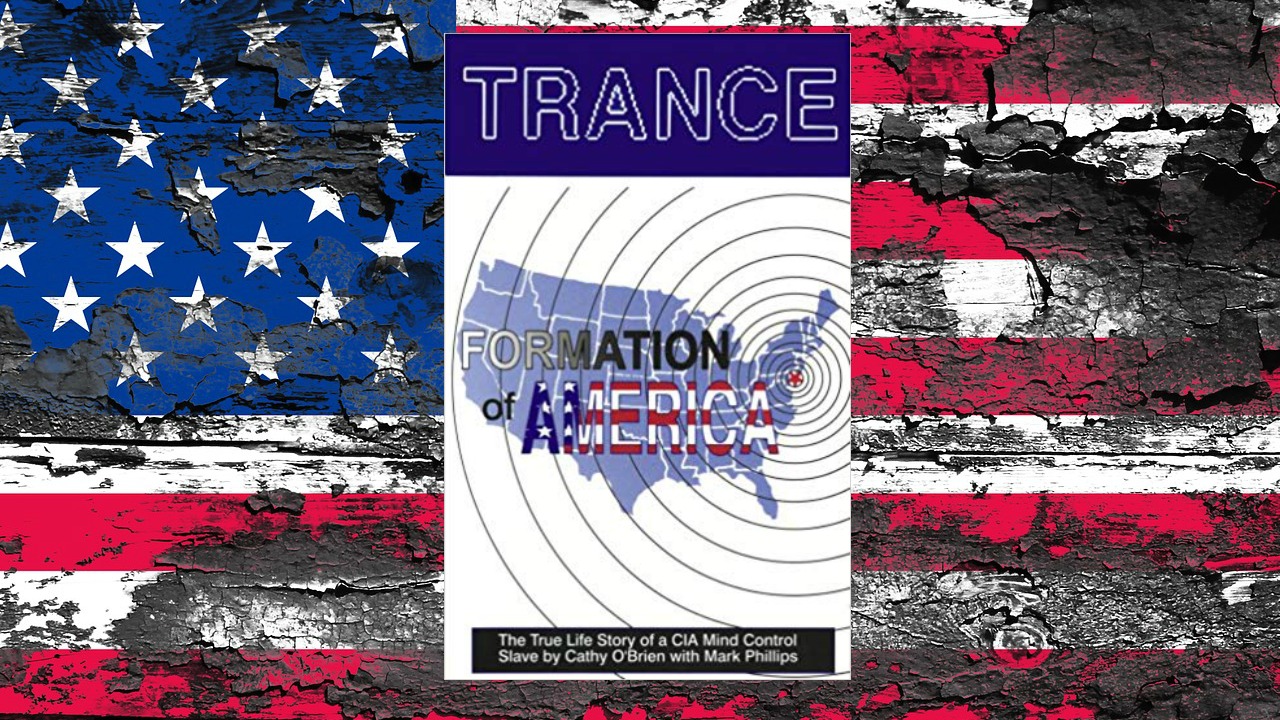 In this book, Cathy O’Brien talks about how then “President George H W Bush” used her nine year old daughter for sex many times while he was the President, and threatened her constantly in order to keep her silent by saying things like:

I’m the President for crying out loud…, who are YOU going to tell?”

If you don’t believe me on this…, here it is in her OWN WORDS….

Now for those of you who want to immediately go off running and condemn the Republicans for this…, HOLD ON A DAMN MINUTE!

Barry Soetoro (aka Barack Insane Obama) was a C.I.A. brat whose mother Stanley Ann Dunham – worked for the C.I.A. – and reported directly to George Bush Sr.

Here she is with little Barry! 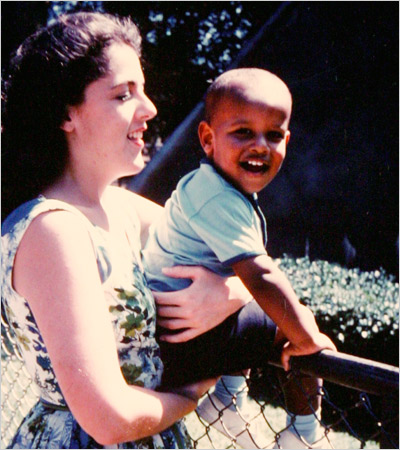 And if you don’t believe that the image above is real…, here is a totally false and fabricated book written about her life story. 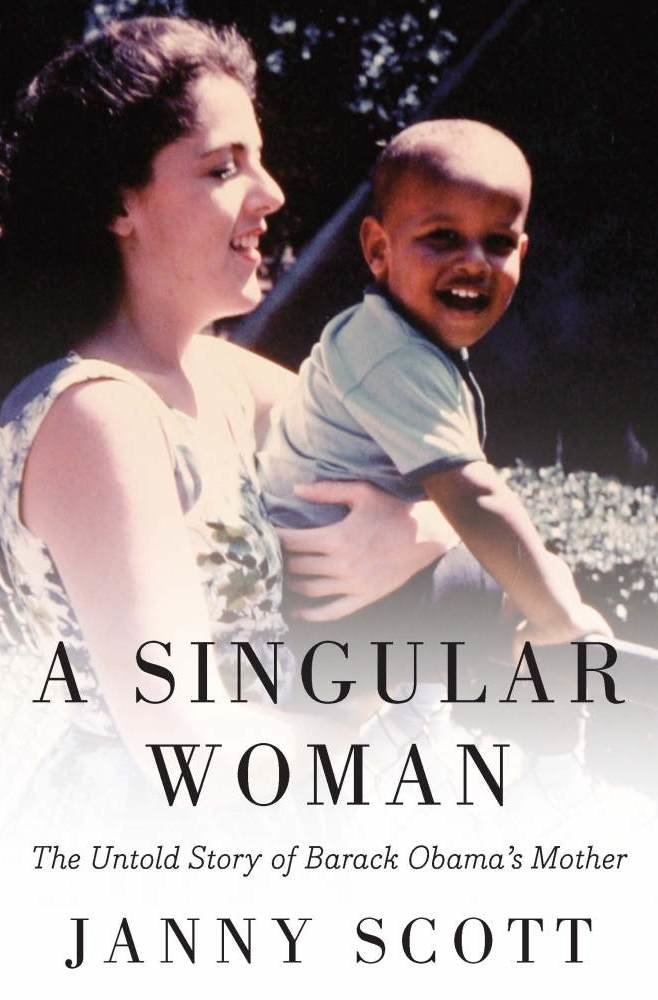 This book was written to cover up that Dunham was a CIA agent working for and reporting directly to:  George Bush.

This is why Obama even got to be President!  He was going to do every single thing that the Satanists told him to do!

Obama’s Mommy:
So What Did She Do for a Living?

She’s basically,—it’s weird. After I describe it, it’ll make sense to you, what it is. Basically she was a CIA agent during this period, which was the period of the war in Indo-China. Keep in mind that the war in Vietnam is going on during all of this.

She’s often-times portrayed as like a hippy liberal,—but she wasn’t in Indonesia protesting the war; she was actually profiling,—she was trained to profile the villagers throughout Indonesia, to sort of mark them as “loyal” or “disloyal,” and then her husband would go and get rid of them. I think he studied geography at the University of Hawaii, so he had a reason to go there to study maps and whatnot.

So…, what I’m saying here is that this is all about:

Control of the entire world hangs in the balance!!

Remember…, the goal of the Luciferians was ALWAYS going to be to “try” to bring about a one world religion under the banner of Lucifer!

The discovery of TIME TRAVEL due to the hard work of Nikola Tesla simply made that goal much more possible!

The only thing is that these Satanists had to be willing to completely CHANGE and ALTER TIME in order to get the technology they needed, and get all of their people into proper positions of power in order to make this RABID DREAM OF THEIRS come into reality!

They needed to “hi-jack” time itself – and to basically make NULL and VOID the desires, dreams, goals, and freewill opinions of an ENTIRE PLANET in order to make it come to pass on a very messed up and skewed TIME LINE!

That my friends is the very time line we all are living in.

They needed to STEAL what they could not figure out how to do by merit! 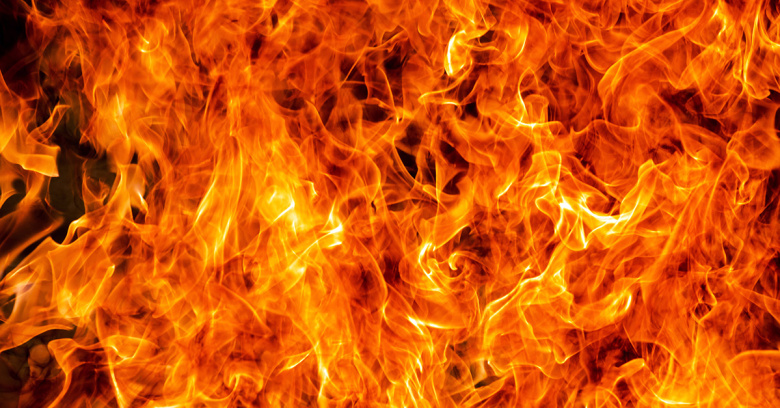 I am now ACTIVELY PRAYING that every one of these MONSTERS BURN IN HELL FOR ETERNITY…., I pray this prayer daily!

If Mass Arrests are coming…, then those who get arrested by Trump deserve it!  If these arrests are not coming – then WE THE PEOPLE need to do it ourselves!

“THEY” WERE PROMISED A NEW WORLD ORDER