The “gotcha” politics of scandal happeneing in Washington DC have nothing to do with Earth or Humanity’s problems!

They are at best, nothing more than a “distraction” being spoon fed by the complicit media out to the masses in order to confuse and mis-direct!

The constant barrage of claims concerning “treason”, “collusion”, “espionage”, “blackmail”…, and let’s see…, what other Capital Crime Title can we apply to these non-existant ant hills, is happening apparently just so people on both sides of the political isle can become ficticiously “outraged”. 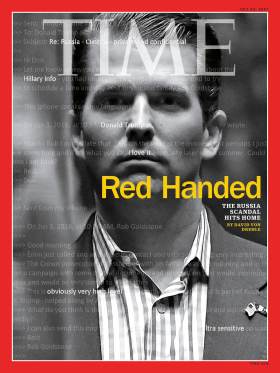 This most recent cover of TIME magazine…, shows us the all to familiar “puke” that is still be sprayed all over humanity in the name of honest reporting…, when it is clear that there are FAR BIGGER fish to fry!

As stated quite clearly in this most recent post:

There are some very REAL PROBLEMS that the world is currently facing…, and what TIME is covering…, is NOT one of them!

We have REAL JOURNALISTS now…, in the Alternative Media, who are doing as much real research in a single day, (for free) as compared to what most reporters working for these so called “reputable” sources might accidently do over an entire YEAR of their overly paid employment.

It’s not even a contest any more, or a battle at this point…, just a sick and sad tale of countless pitiful human beings who have “sold their souls” over to evil and who have no real excuse for doing so other than the outrageous claim they are only “following orders”.

And…, to make “certain” that this stays the case forever….

We get this from the “Media” heads, which are now banning their own employees from “free speech” while not at work as well as at work!!

(In other words…, we will FIRE anyone who says anything while on their free time that WE DO NOT LIKE!)

A few years ago…, the Military did this to people inside the Military…, (because they could “order” them to do it)…, but now…, Civilian Employers are treating their employees like “conscripts” instead of valuable staff.

And…, in order to keep “earning” a paycheck…, these gutless, ethically and morally challanged human beings are accepting this FORCED muzzling of their god given right to freely express themselves in their free time.

In order to obtain their next 30 day “rent check”…, all forms of self respect and human dignity are being cast aside.., and the employers “unlawful order” to “kiss my a** right here…” is being followed to the letter.

But then…, what can you expect from  a bunch of Harvard, Yale, and Berkeley graduates who have been trained, (programmed) to be politically correct Snowflakes, and who refuse to say a single thing that might offend a single person…, and who would rather LIE (yes LIE) to you, rather than to accurately describe something that actually happened…, if it is deemed socially incorrect to say it??

So…, this being said…., there really isn’t much good that we can expect from either those at the TOP of the “Media” mountain…, or those “butt kissers” who are the “grunts” working in the trenches.

But…, it does bring up an important Spiritual and Philosophical point that I discussed with Shane Bales over many hours of personal interviews and that is that the “Universe” does not see a real difference between a Victimizer and someone who WILLINGLY allows themselves to be victimized.

In other words…, it’s the Southern Male “Wife Beater” syndrome all over again, but in an employer/employee relationship.

If the woman is too stupid to know better, and goes back to her abusive husband after the third time he has broken her arm…, and put her in the hospital…, then the UNIVERSE sees that as implied “consent” that she is giving him, and continued permission for that type of thing.

This…, “I’m too scared” crap…, that so many people come up with when faced with such difficulties in their lives only underscores the total lack of COURAGE, and total lack of faith in GOD that too many people still have when it comes to the minor problems they face.

If you put your OWN DIGNITY…, and your OWN PERSONAL FREEDOMS out the window in order to “obey” some sickophant…, then you are swimming in dangerous waters!

“How will I pay my bills”…, if I don’t LIE, CHEAT…, and DECIEVE just as my “employer” tells me to do…, is an exact xerox copy of the Southern Wife Beater problem that I’ve described above.

These people are just being STUPID!

If an “employee” continues to TAKE THAT OBVIOUS ABUSE…, and accepts that type of treatment…, then they deserve to be harrassed, hounded, embarrassed, and controlled by their sickophantic employer simply becuase they refuse to be a REAL HUMAN BEING and stand up to their employer.

OR…, according to certain spiritual philosophy’s…, AT LEAST SO SAY’S THE UNIVERSE!

The biggest and most CLEAR AND PRESENT DANGER to our Earth is coming from an off world/Alien A.I.

The Nano-tech that almost all of us have been breathing in (dumped on us through top secret Aresol Spraying) has now totally taken over our bodies!

I can’t tell you how many people are complaining of symptoms that can ONLY be explained by taking Super Advance AI Technology into account.

……It’s claimed that the most powerful weapon in the hands of the oppressor is the mind of the oppressed. To control our minds they need acceptance and absorption (by the masses) of all the educational, media, government propaganda that we’re exposed to. Those elements of the truth which, like public “acting”, conceal the lies and deception that are essential to their plans. So, in response, we need to read, see a little less, and think a lot more.

Some of the countries involved in such programmes include USA, UK, Spain, Germany and France with possibly countrties like India as well which are host for 95% schizophrenic populations of the world. 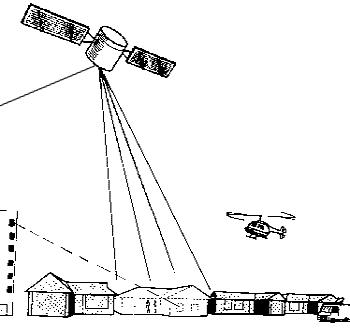 RNM works remotely to control the brain in order to read and detect any criminal thought taking place inside the mind of a possible perpetrator. Research studies have shown that the human brain thinks at a rate of about 5000 bits per second and does not have the capacity to compete with supercomputers performing via satellites, implants, and biotelemetry. The human brain has a distinctive set of bioelectric resonance system. For the RNM system, supercomputers are being used and, thus, with its help, supercomputers can send messages through an implanted person’s nervous system in order to influence their thinking or their performance in a desired way.

RNM was developed after about 50 years of unlawful neuro-electromagnetic involuntary human experimentations. According to many scientists, within a few years it is expected that DNA microchips will be implanted into the human brain which would make it inherently controllable.

With RNM, it will be possible to read and control a person’s emotional thought processes along with their subconscious and their dreams.

At present, around the world, supercomputers are monitoring millions of people simultaneously with the speed of 20 billion bits per second especially in countries like USA, Japan, Israel and many European countries.

RNM has a set of certain programs functioning at different levels, like the signals intelligence system which uses electromagnetic frequencies (EMF), to stimulate the brain for RNM and the electronic brain link (EBL).

Now…, when you see “technology” like this starting to leak out into the mainstream…, you’ve GOT TO KNOW that we’ve got bigger fish to fry…, and that EVERYTHING you are seeing happening in Washington DC …, as reported by the SATANIC MEDIA…, is nothing more than a “Jerry Springer” type of distraction meant to give the Luciferians enough time to get the: WORLD WIDE MIND CONTROL NETWORK in place!

After that…, there will be no more need for lying media…, because your own THOUGHTS will no longer be YOURS!

Here is more on RNM….

What does Remote Neural Monitoring (RNM) do?

For purposes of electronic evaluation, electrical activity in the speech centre of the brain can be translated in to the subject’s verbal thoughts. RNM can send encoded signals to the auditory cortex of the brain directly bypassing the ear. This encoding helps in detecting audio communication. It can also perform electrical mapping of the brain’s activity from the visual centre of the brain, which it does by bypassing the eyes and optic nerves, thus projecting images from the subject’s brain onto a video monitor.

The interesting part about this is that the entire exercise is carried out without any physical contact with the subject.

The EMF emissions from the brain can be decoded into current thoughts, images and sounds in the subject’s brain. It sends complicated codes and electromagnetic pulse signals to activate evoked potentials inside the brain, thus generating sounds and visual images in the neural circuits. With its speech, auditory and visual communication systems, RNM allows for a complete audio-visual brain to brain link or a brain-to-computer link. Of course, the mechanism needs to decode the resonance frequency of each specific site to modulate the insertion of information in that specific location of the brain.

RNM can also detect hearing via electromagnetic microwaves, and it also features the transmission of specific commands into the subconscious, producing visual disturbances, visual hallucinations and injection of words and numbers in to the brain through electromagnetic radiation waves. Also, it manipulates emotions and thoughts and reads thoughts remotely, causes pain to any nerve of the body, allows for remote manipulation of behaviour, controls sleep patterns through which control over communication is made easy. This can be used for crime investigation and security management.

This type of “mental invasion” would be impossible without SUPER COMPUTERS as the author says…, but what he FAILS to mention is that most of these super computers are using a type of AI (Artificial Intelligence) to run them.

Most of these AI’s have come from OFF WORLD ALLIES…, and are therefore “backdoor compromised” right from the start!

It’s the perfect way for Aliens…, who want to eventually TAKE OVER the Earth…, to get a foothold on the minds of all living and breathing human beings.

And…, thanks to “our idiot leaders”…, who are totally psycho, or are either Satanic leaning….,  or Pedophile “compromised”…, we are seeing the roll out of this planetary wide MIND CONTROL NET without even a whisper of what’s really going on.

THESE ARE THE IMMEDIATE AND MOST PRESSING PROBLEMS WE AS A CIVILIZATION ARE FACING!

It is NOT…, Trump vs. Hillary…, as the Media would have you believe!

If this one single support article is not enough to get you thinking…, then HERE is a link to an article, AND an entire website…, that is dedicated to NOTHING ELSE!

Artificial Intelligence and MIND CONTROL is the ONLY problem that we need to be thinking about!

What Scott Bennett ISN’T saying in his video expose’ and WHY!