There isn’t a day that goes by…, that I don’t think about where we as a society are heading.

The puppet masters are still hard at work “steering” society with their propaganda, emontional turmoil, and their false flags.  They know, as I do, that what we “see” manifesting as our reality is collectively created in the sub-consious minds of all who live here.

This is why Jay Parker’s mother told him that the SATANISTS were really only interested in the subconsious mind.

Maybe the truth of it gets lost in the shuffle…, but for those of us who pay attention and can still think for ourselves (yes “thinking” is becoming a lost artform)…, it is clear that the SATANISTS are “using” the collective subconscious minds of ALL OF US to create a satanic reality (here in the physical) on planet Earth.

(At least…, THAT is what they want)

You see…, they don’t need our CONSCIOUS agreement to do this, because they know that it is the sub-consious mind that does the creating…, so they only need our SUB-CONSIOUS AGREEMENT, and most of that type of activity can happen in complete secrecy.

Put even more plainly…, all they need to do is to “steer” our emotions and use propaganda, deceptions, and lies to get us to create HELL ON EARTH FOR THEM. 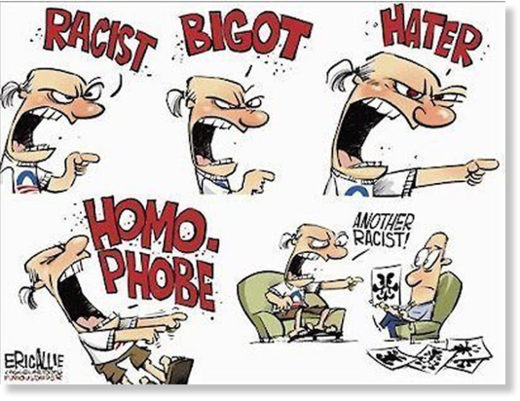 The truth of the matter is that too many of these so-called “social justice” warriors that we are seeing taking to the streets are actually paid provoceteurs.  Men like George Soros…, (an obvious satanist) have created countless “organizations” world-wide under the cover of some social justice ideology…, only to USE the people who “join up” as emotional wrenchs that do nothing more than stir up the sub-consious mind into a FEAR FACTORY for social upheaval.

Clearly this man knows what he is up to!  Russia has declared him an outlaw…, and a few other countries have followed suit.

The SATANISTS (as well as the Freemasons)…, and honestly at the very top, I’ve proven that there is really no difference…, believe in the motto: ORDER OUT OF CHAOS!

But remember…, to get “order” out of chaos…, one must first create CHAOS.

Over the past few decades, (just in case you’ve missed it)…, well, really from the 1960’s here on American soil…, creating CHAOS has been job number one for organizations like the CIA…, starting with the killing of President John F. Kennedy.

I remember talking to a certain CIA Asset (retired) who told me in no uncertain terms that Kennedy HAD to be killed because he had a direct communication line to the Russians and was “giving them secrets”. (This is what he personally had been told)

Many of the rank and file CIA actually went along with Kennedy’s murder, because they were “told” (by their higher ups) that he had gone “communist” and was selling out the United States.

Naturally this was ridiculous…, BUT…, it goes to show you just how far men and women who are NOT TOLD THE TRUTH are willing to go if their “emotions are steered properly”.

This is an OLD SATANIC TRICK…, called: DECEPTION

Now…, in the case of Donald Trump…, the power global elite are desperate to get him (as a sitting President) out of the White House and being “desperate”…, they are returning to the very same LIE…, to the very same EVIL CON…, that they used before (with Kennedy), and had success with.

This is all that this is!  It is the Satanists (once again) trying to take over and steer the will of the people around them by horrendous lying.

AND…, THE MEDIA IS THEIR RIGHT HAND MAN

They got rid of a sitting US President by using “RUSSIAN COLLUSION” as an emontional wrench to even get the 1960’s Intelligence Community to support his murder!

However…, this happened without the existence of:

We who are living as Americans in 2017…, on a sub-consious level, must have made a promise to ourselves that we would NEVER be lied to in such a way again!

And so…, each one of us who lived through that horrible EVIL, which only happened as a result of a HUGE CON (orchestrated by Satanists…, [George Bush Senior, et.al.])…, determined that we would NEVER be so fooled again.

And so…, the very same tactic…, one which worked before…, is NOT WORKING…, and can not work here in America a second time!

What is clear to those of us who can still THINK…, is that the push to remove Donald Trump, is a push to return the United States into the hands of the SATANISTS!

Charming, Seductive, Alluring…, and even sometimes logical…, the SATANISTS can use every mental trick in the book to convince men and women to go against their own BEST INTERESTS.

The really sad thing about all of this is that those who call themselves:

….Have been so seduced by the “Dark Side” of the Force…, that they can no longer THINK as logical men and women.

This is a good portion of America!!

Their emtions are now running amok, and they are becoming the tools of CHAOS.

Let’s be clear here that I am not saying that

….Are any better…, but let’s get real, and understand that any man or woman worth his or her SALT…, and who is constantly THINKING…, and constantly UPDATING their information, so as to watch which side of the isle the CON is coming from today…, can re-evaluate on a moment by moment basis what, who, and where they need to PLACE THEIR SUPPORT…, regardless of what happened only yesterday.

If they can not do this…, then they are actually MINDLESS HUMAN BEINGS who are running their lives on EMOTIONAL AUTO-PILOT…, and are simply tools of the  greater Satanic Agenda.

There is a Darker Agenda happening behind the scenes…, and it has “nothing” to do with politics…, but instead has everything to do with the MIND CONTROL of living and breathing human beings for a purpose.

That purpose…, (which is being exposed as we speak) is to USE the MINDS OF HUMANS (on a sub-consious level) to create HELL ON EARTH.

And as I’ve already pointed out above:

What we see manifesting AS REALITY – (our daily lives here on Earth) is “collectively” (that means all of us have an input) created!!

All the Satanists are trying to do is to get into the collective sub-consious minds of humanity and have us create HELL FOR THEM.

Something to think about…,

THINKING EVEN BIGGER – PART ONE