THOUGHT IS THE CREATIVE “FORCE”

Let me repeat that… so that you can really understand and “grasp” the importance and the gravity of this statement.

Is any of this statement a mystery to you.., is ANY of this UNCLEAR??

IF SO…, and if you are mystified…, then please watch or re-watch this video from Mark Passio describing CAUSE and EFFECT!

Although he talks about CAUSALITY being a result of 3 things, THOUGHTS, EMOTIONS and ACTIONS…, those of us who really understand the workings of the Universe KNOW that it is our THOUGHTS ALONE which lead to emotions and then finally actions.

That is why the Cabal MUST get control of YOUR…, (yes I did say that) “YOUR”…, meaning you the readers, THOUGHTS.

Anyone who does not think there is a MASSIVE and ALL PERVASIVE attempt at: MIND CONTROL, going on all over the Earth as we speak is BLIND, DEAF, and utterly ASLEEP!

Please re-read the above statement for maximum impact!

Now, let’s revisit the first part of this article again and re-read that!

Let me repeat that… so that you can really understand and grasp the importance and the gravity of this statement.

Because of the complete MENTAL FOG that has overcome almost every human being living here on the Earth…, simply writing TRUTH on the page is apparently no longer enough to get an idea into their perception, because that perception is being actively BLOCKED!

People can “read” things that are utterly world shattering on the page in front of them…, and then place NO IMPORTANCE on it what-so-ever…, as if the statement was made in some dream like realm where NOTHING MATTERS and will somehow have no effect upon them.

Now…, that we are “clear” on how emphatic I really am by making these statements, I can move forward!

Well, what does MKULTRA stand for?

MK stands for:  MIND KONTROL!   The “K” on the word kontrol is simply the German spelling of the word…, and since it was the former NAZI’s who came over to the United States as a result of PROJECT PAPER CLIP…, they named the advanced research they were working on.

So MKULTRA stands for MIND CONTROL ULTRA!  A program that has been on going in the United States of America since the 1950’s!

Now…, let me repeat that statement for maximum effect.  MIND CONTROL ULTRA is a program paid for and supported by the CIA and the US Intelligence community since the 1950’s.

What is the purpose for the huge amount of time, money and effort that has been spent on the CIA’s MKULTRA PROGRAM?

It is a 60 year old program…, that is STILL ONGOING (even though “on paper” it was terminated and claimed to be “inactive”.)

Instead of an ACKNOWLEDGED PROGRAM…, it is now a clandestined SPECIAL ACCESS PROGRAM that is UNACKNOWLEDGED.  (Although certain members of Congress most certainly KNOW and are briefed on this).

So what is it’s purpose?

It is the complete and utter CONTROL of the HUMAN MIND and thus HUMAN THINKING by any and every means possible!

The methods being used include:

What is the point?

Why are “they” doing this with such ALL ENCOMPASSING INSANITY?

THOUGHT creates reality!   That is how it works!  I’m sorry if I’m bursting anyone’s belief bubble…, but if you think reality is formulated in ANY OTHER WAY…, you are mistaken!

IF it is our “THOUGHTS” which create reality…, then, if there was any “group” of beings that wanted to both CONTROL and to STEER reality toward a DARK REALITY…, then they would have to (by definition) get control of all of the thoughts of the people.

Now…, there are some very loving MEN and WOMEN…, out there who may even “get this”…, and they are part of the NEW AGE.

They figure that SOMEHOW…., the CABAL…, in all of it’s “planning”…, forgot about one huge aspect of the world’s population completely and totally.

By the way… IF you believe that…, I have a bridge for sale, and I’m looking for a buyer!

The CABAL created the NEW AGE…, just as it has created EVERY OTHER RELIGION on Earth.

The NEW AGE was created as the final religion…, the final “stand down and do nothing” code that was to be instilled into the MIND SET of the population before total WORLD CONTROL could be achieved.

What is the NEW AGE if not MIND KONTROL??

People come to their computers daily to read the newest CHANNELED MESSAGE from their favorite ASCENDED MASTER…, and even though they have been “promised”….

NONE of this has ever manifested, or ever WILL manifest since it is the final stand down that was put in place to CONTROL “YOUR” MIND.

No wonder every loving human on the planet keeps coming back to these daily, weekly, and monthly reports coming from CHANNELED ENTITES and ASCENDED MASTERS!

I have one thing to say about this!

Let me repeat that… so that you can really understand and “grasp” the importance and the gravity of this statement.

Is any of this statement a mystery to you.., is ANY of this UNCLEAR??

Finally, what do you think Alex Jones is trying to “tell” us (all of us) with the Banner on his website?? 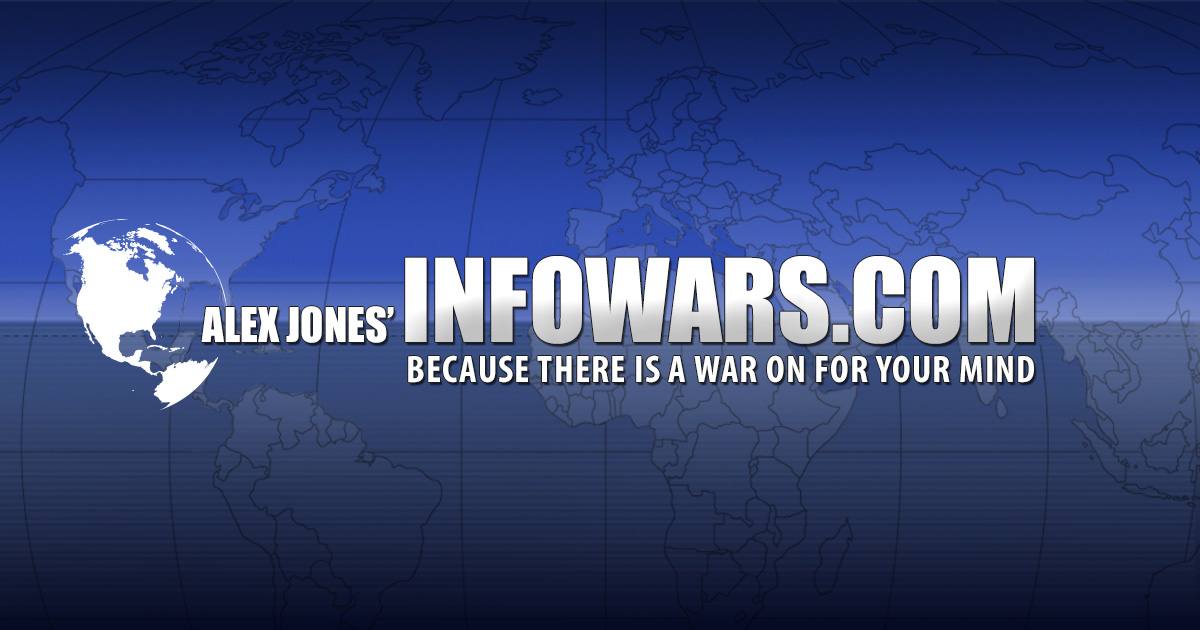 My friends and family…, THINK ON THESE THINGS!

MAGIC AND SYMBOLISM IN YOUR FACE!

[…] to dispel ALL of the illusions that have been planted into so many human beings minds. When I wrote THIS article called: Thought is the Creative Force, I was not joking or speaking lightly about a subject […]

Hi Bradley,
Since you haven’t posted Montague Keen yet, this may be the best place to ask my question. He mentions that “they” don’t acknowledge the word “not” before a word. This brought to mind what I learned through the Law of Attraction by Abraham (Hicks) to keep everything positive when you speak or write. Then my mind immediately went to your Non Consent Agreement where the word not and non is included throughout. Did you consider this when you were preparing it? I still have your original one saved on my desktop in a folder called “read me.” But now I’m wondering what your opinion is about changing the wording? I’m not sure what to change it to, it’s late and I guess I will try to dream the perfect words, just hope I can remember my dream when I wake up. Any way, if you feel it should be changed what is your opinion of words to use.
Blessing to you,
Connie

PS, if you want to collaborate this with me, I would be willing to edit it and get it back to you to repost.