A second possible title for this post (or at least one that I was thinking about) is:

The FAKE Teachings of the NEW AGE vs. What is actually the TRUTH, but it really does not roll off the tongue well, and so something simpler will have to suffice.

Today, I am going to talk about what Consciousness really is, versus what many New Agers think it is.

Consciousness is a “descriptive term“.

Consciousness has been used to describe a human beings “spiritual state of being”…, but this is quite wrong and very mis-leading!

If we were to say that someone has a “high level of consciousness”, then the best interpretation or translation of that statement is that he (or she) has a high level of AWARENESS.

Thus it can be said that when a person falls into a coma, and “loses consciousness”,  they have “very little awareness” of what is happening around them.

THE NEW AGE, because it was created by the Freemasons and the Satanists, loves to take common words, and give them complicated meanings.

This is “standard legal tactics“…, and it is something that a Lawyer would do.

It is awareness of your surroundings, and WHO is out there, and WHO needs your help, and WHAT their situation is, at every single moment, and with every breath you TAKE!

THIS IS THE PROPER DEFINITION OF A HIGH LEVEL OF CONSCIOUSNESS.

This however, is not what the New Age teaches.  In fact, the New Age teaches that you have a very high level of consciousness if you are able to IGNORE what is happening around you, detach from all of it, and simply let it all happen without getting upset about it.

This is not “high consciousness”…, it is instead HIGH APATHY.

Your ability to detach and ignore your surroundings is the furthest thing from HIGH CONSCIOUSNESS that there is…, and this is why I have called it a Lawyer’s Trick.

Lawyers love to substitute fake meanings for words that normally mean other things to the common man.

A person with exceedingly high awareness of his or her surroundings, and is hyper vigilant, becomes SPIRITUAL because they are “in tune” with their surroundings, and are more capable than others to see what the needs of the people around them really are.

They are more capable of rendering SERVICE to humanity, because they are MORE AWARE.

Jesus was hyper vigilant, and hyper aware of his surroundings, and thus was able to render the highest level of SERVICE to those who were in need.

It boggles my mind when some “idiot” New Ager writes an article or a blog post and uses the phrase:  divinely detached…, somewhere in the post.

Because most New Agers are not adepts, then they are intentionally mis-led by false interpretations.  This is by DESIGN.  This is what the Freemasons always do.

They do this with their own people (Masons), why would they do it any differently with their off-shoot or other created religions.

So, if New Agers are WRONG about the true meaning of consciousness, then what else are they wrong about?

For instance, many New Agers are “foaming at the mouth” and “drooling” over this idea that they are simply going to ASCEND!

However, this in itself is a FAKE idea surrounding mis-interpretations and faulty understanding of words.

Since most New Agers don’t know what ASCEND really means, then they use their imagination about will happen to them IF they “ascend”.

If you ask a New Ager where they want to Ascend to, they will say:  THE 5th DIMENSION.

If you ask them WHERE the 5th Dimension is…, they will point upward!

Here again…, the Brainwashing of the Freemasons has been quite complete.

Anyone who understand HARMONICS, knows that this is ridiculous.

Many dimensions can exist within a certain density.

Let’s create an example, shall we?

Let’s say you are watching television.  And you are currently watching channel THREE.

And you decide that you do not like what is playing on channel three, and therefore you wish to ASCEND the channel, and to view what is happening on channel FIVE.

You “change the frequency” or the “tuner” and the television will then SHOW YOU what is playing on channel FIVE.

The 5th Dimension has nothing to do with height!

Therefore, the most common idea that people have about the word ASCENSION is actually quite mis-leading.   Naturally, this mis-interpretation is quite intentional, since this is how the FREEMASONS operate.

Here is the correct understanding:

ALL Dimensions exist HERE, right where you are on the Earth.  Therefore…, you are NOT GOING ANYWHERE.

Think of the common childhood toys where you had many barrels inside of each other, or the Russian Dolls that are one inside of the other. 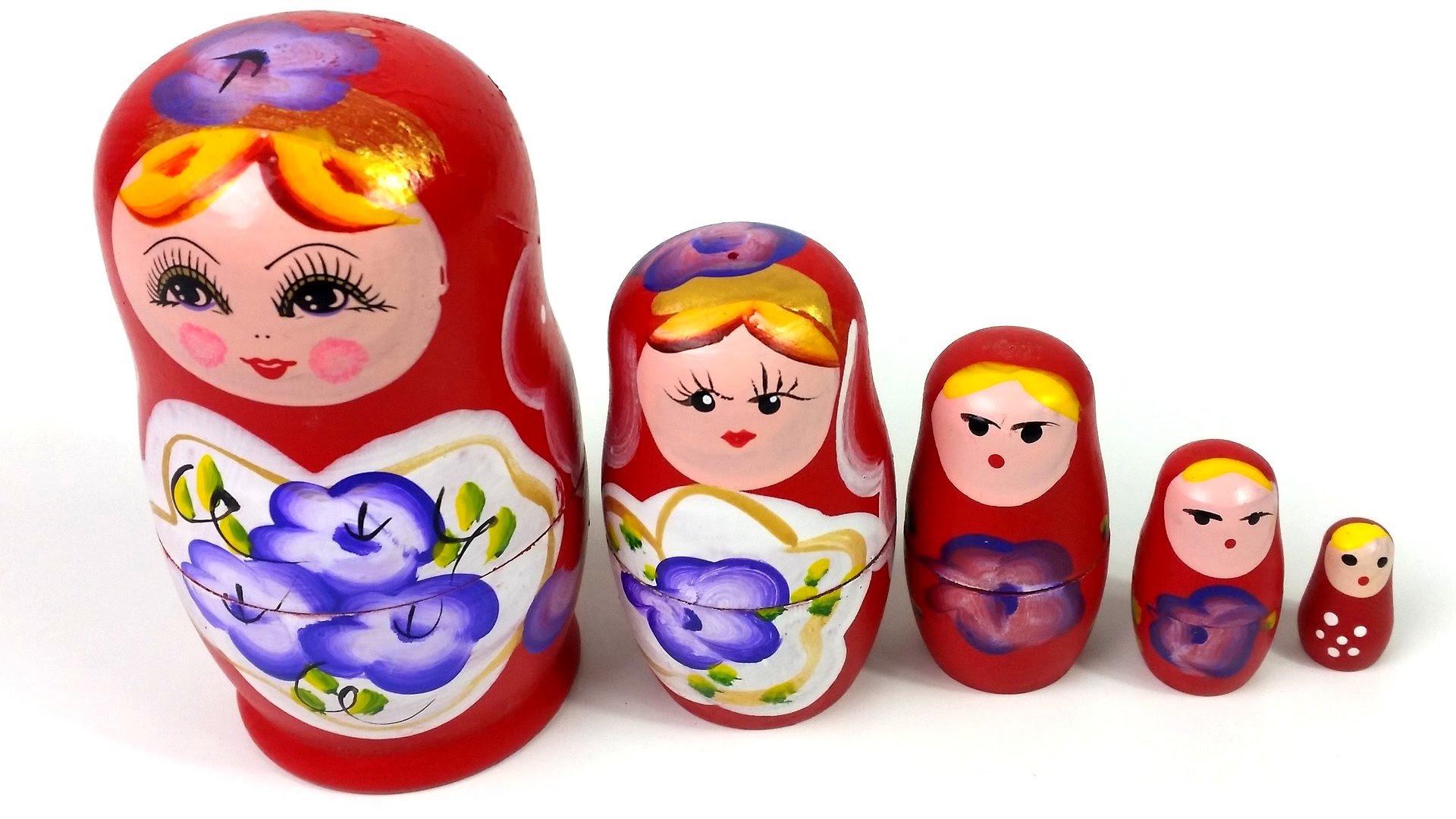 A HIGHER DIMENSION is not somewhere else, and is most certainly not UPWARD from where you are!

Once again, the FREEMASONS have really “done a job” on the minds of New Agers who really think and believe that they are going to ASCEND to “high level” up in the clouds somewhere, into the finer ethers and be in HEAVEN.

The 5th dimension can be accessed right here from where you are standing, and you do not have to GO ANYWHERE.

Now, here is where CONSCIOUSNESS comes into play.

An individual who happens to have a very high level of AWARENESS, one who is hyper vigilant and who has “tuned into” their surroundings to the extreme, will be able to “sense” the finer levels or dimensions all around them.

THIS IS THE FIRST STEP TO ACCESSING THE “HIGHER” DIMENSIONS.

It is the exact opposite of APATHY or DETACHMENT

If one were to follow this recipe, then you’d CLOSE DOWN, and CLOSE OFF your awareness of your surroundings, and what is happening all around you.

What the New Agers call DIVINE DETACHMENT is closer to the state of “losing consciousness” or actually being in a COMA, than the state of being actively AWARE of Everything.

Once again…, this misunderstanding is perfectly okay for the FREEMASONS who intentionally mis-lead anyone who walks into one of their FAKE RELIGIONS.

So naturally when I read a blog post (Or a Channeled Message) that says we must all remain DIVINELY DETACHED..., I only shake my head at the countless people who are being conned.

Please go back to the definition of Detachment, and read it a second time, because I know how deeply the brain washing over this one single word is.

The CHRIST MIND, which is our collective sub-conscious mind, is manifested in the 3rd Dimension as the Tandem Magnetic Grids that encircle our planet.

However, this CHRIST MIND exists (and operates) in all dimensions at the same time.

Let’s talk about some other really crazy mis-interpretations and teachings of the NEW AGE.

Let’s talk about the “sub-conscious” mind.

Because of the word “sub”…, being in front of conscious…, many are inclined to think that this level of consciousness is LOWER than something else.

More accurately put, people would rather “be” in their CONSCIOUS MINDS than in their SUB CONSCIOUS MINDS, because they think the conscious mind is somewhere HIGHER in status.

Once again…, this is totally ridiculous!

The CONSCIOUS MIND is the focused mind that is seeing things close up.  It is like using binoculars or a telescope.

The SUBCONSCIOUS MIND sees everything from a distance and therefore sees MUCH MORE.

The subconscious mind is our collective mind and is why I call it the CHRIST MIND.  Once again, this is manifested here in the 3rd Dimension as the Tandem Grids.

The subconscious mind is actually a much more expanded version of the Conscious mind, and is therefore MORE comprehensive.

This is why the DARK MAGICIANS are actively poisoning and corrupting the collective sub-conscious mind of our planet, by using RITUAL CHILD SACRIFICE and CHILD RAPE!

They are making the sub-conscious mind so polluted that no one can get through that level and break out into the even more expanded super-conscious level.

Every single human being is being effected by this, without exception.  (Even the New Agers).

These activities are what are keeping us as a planet ENSLAVED!!

What other misunderstandings are spread all over the New Age??

Astral Travel and Out of Body Experiences

Just because you can get out of your body, and do Astral Travel, does not mean that you have accessed either the sub-conscious or the super-conscious MIND.

Getting “out” of your body has nothing to do with SPIRITUAL GREATNESS, but simply giving yourself a quick glimpse of a finer density within the 3rd Dimension.

It is at this point (assuming you know what to do and how to do it) that you can “tune in” to another television channel and SEE what is happening in the 4th dimension.

Or, you can just hover around and view the 3rd dimension from a less dense version of yourself called the ASTRAL BODY.

Being in your Astral Body does NOT MEAN you are automatically seeing the 4th Dimension…, not unless you actually GO THERE.

Once again, it is these common mis-interpretations and mis-understandings that the FREEMASONS (the creators of the NEW AGE) love so much.

For as Albert Pike has said:

MERRY CHRISTMAS WITH THE PIANO GUYS

MY DEEPEST WISHES FOR A WONDERFUL CHRISTMAS

Have a Fantastic , Happy, Festive Xmas Time with your Family and Friends !!!!

Wishing you All a Safe Holiday Time and looking Forward to An Extraordinary Positive and Spiritually Uplifting 2018 !!!!!

Many Blessing in Love and Harmony to You ALL from Down Under South Australia !!!!!