WAKING UP FROM THE DREAM

Do you remember those strange pictures that were selling in malls years ago that looked like “nothing” ?   I like to call them: SCRAMBLES 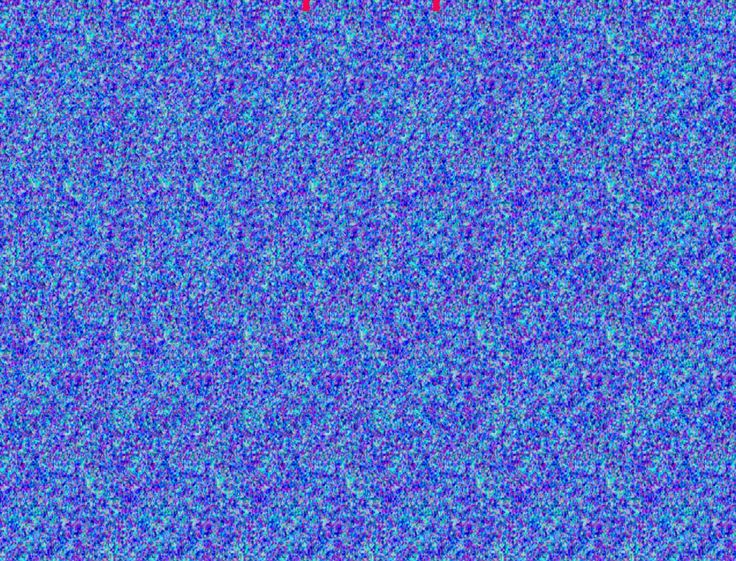 You can click on each image to enlarge it…, and take a good look.

These are “scrambles” that actually have HIDDEN 3-d images inside of them…, but you have to look very carefully to “see” the picture behind the scramble.

Once you “focus” properly…, you will see that the “scramble” suddenly goes away…, and that the entire picture is actually a very beautiful and coherent 3-d picture, and there is nothing scrambled about any of it.

How many can “see” what these two pictures represent??

In all honesty (and I am not joking here)…, waking up from the “dream” is as simple as SEEING what is right in front of you, and has been there the whole time…, only you just could not see it because it was scrambled.

I have said over and over that the ENTIRE SYSTEM that we are living under at this time IS SATANIC!

The whole of it is truly evil and needs to be scrapped.

The reason that this makes “no sense” to most people in the world is that I am pointing to “an image” that has been “scrambled” so badly…, it very literally appears just like the two images you see above!

We have been living under a completely self destructive, insanely controlling system of evil for so long…, that the TRUTH of what is really out there, is obscured and literally looks scrambled.

However…, once you really take a deep and long look (a REAL LOOK) at what is happening on our world…, the “image” of what is really out there behind the scramble “pops out suddenly” and you can SEE IT as clearly as if you had seen it right from the start!

THE MOMENT THIS HAPPENS…

YOU AWAKEN FROM THE DREAM!

The reason it is compared to awakening from a dream, is that everything you were doing…, every act and thought that you were having during the time when you could not “see” the image clearly will suddenly seem completely “stupid and insane”!

You will immediately STOP EVERYTHING you are doing, and how you are doing it…, and CHANGE your actions, thoughts and behaviors instantly!

You will then tell everyone around you…, that your “entire life” up until the present moment was like “living inside of a dream”.

YOU WILL COMPARE IT TO BEING ASLEEP.

The only thing that will have changed however, is that you finally “SEE” the image that is hiding behind the veil!

THAT IS ALL THAT “WAKING UP” REALLY IS!

When you can “SEE” as clearly as I do…, that the entire BANKING SYSTEM…, the COURT SYSTEM…, the GOVERNMENTAL SYSTEM is based on nothing but lies, deceit, secrecy, and a con…

Your mind will suddenly “pop” into an awakened state and suddenly ALL OF THE DECEPTIONS that are everywhere, and have been put in place to keep the “human herd” in bondage…, will be totally OBVIOUS to you.

When you become “awake”…, it will be so clear as to what is happening around you…, that you will STOP apologizing for those who are doing EVIL, and immediately start to take ACTION to put a stop to it.

You will see that there are many men and women operating in our society that really do know the score…, and have chosen the Dark Side.

It will be very similar to this part of the MOVIE called: THEY LIVE…, where the main character suddenly “SEES” for the first time what has been hidden behind a “SCRAMBLE”.

Because our race…, our species…, has been PLACED into a sort of “frequency prison”…, waking up means you finally get to see that you ARE IN THAT PRISON!

Once you wake up to that fact…, then you will very natrually want EVERYONE to wake up to that.  You will do everything in your power to show your friends and neighbors that there is a very DARK REALITY hidden behind the everyday SCRAMBLE…, and that not being able to see it…, is very much like being asleep!

All of your actions, and all of your behaviors are based upon A LIE…, or A CON!

The moment you see this clearly…, you will STOP immediately!

This is the TRUE TEST of deciding just who is “awake” and who is still asleep.

Countless NEW AGERS and CHANNELERS are out there writing blogs and putting out posts which are APOLOGIZING for a totally SATANIC SYSTEM…, a system that  is so rotten to the core, that it must be scapped.

Because they apologize for it…, it is 100 percent clear that they really DON’T SEE what it is.

THEY ARE STILL BLIND.

They are the blind, leading the blind…, as Jesus talked about.

Jesus saw CLEARLY what the ROMAN SYSTEM (a system still in operation today) was…, and he spoke out against it daily!

He was labeled a Subversive by the “Jewish” elders…, who were “in charge” of the Religion of the day.

They hated him because he challanged them and told them exactly what they were doing.

They were the “Babylonian Banksters” of his day…, and running all of the scams and the cons upon the Jewish masses. (Nothing has changed in 2000 years)

They were the Pharisees and the Sadducees!

They believed in the LIE.., the CON…, that was being perpetrated upon the world by the dark magicians of the old world…, and could no more SEE what is really happening in those days…, than most of our current day population can what is happening today!

THEY WERE ALL ASLEEP!

They were pompous…, talked of spirituality…, thinking they alone knew the TRUTH…, and Jesus called them on their stupid rules and hypocracy…, telling them they did not know the first thing about GOD…, nor about LOVE!

Today…, we have the “channelers” and the “channeling community” pompously telling the masses that there is “no such thing” as evil out there…, when in fact…, Just like the Pharisees in the days of Jesus…, they simply could NOT SEE what was behind the scramble.

They are in touch with an “Etherical Form” of A.I…., that is operating on the Plasma Plane…, and Mind Controlling all of humanity.

This A.I…., along with the Archons…, are feeding off of humans and using them as BATTERIES.  So very natrually…, they do not want to see the “herd” wake up.

So they have very craftily…, started to “communitcate” to those who have “needy” egos and want to TUNE IN.  They are sending “messages” telling everyone to “stand down”…, “take no action”…, and basically WAIT TO BE SAVED.

This message is no different than what the Catholic Church taught for 2000 years.

It is simply a new twist of the same old message.

WAIT FOR A SAVIOR!

The BEST INFORMATION out there on the internet at this time (in my opinion) are these three articles done by ERIC RAINES.

I highly encourage everyone to spend the time it takes to read these articles!

Learn what is out there on the Etheric Plane…, and what is being done to humanity!

THE BLIND LEADING THE BLIND (ORDER FOLLOWING TO THE EXTREME)

THE CATHOLIC CHURCH AND THE “JUSTIFICATION” FOR DOING EVIL