WE MUST “LEARN” FROM HISTORY – REPOST

THE RIGHT TO BEAR ARMS – Was NEVER put into the Bill of Rights as a means of giving early AMERICANS the ability to hunt for food and to feed themselves!

The ONLY reason THE RIGHT TO BEAR ARMS was ever put into the Bill of Rights (Second Amendment) was so that AMERICANS would be able to protect themselves from the Government!

Putting all emotions aside for a moment, we really do have to LEARN from history.

Although the school shooting in Florida was horrific, it was most likely a FALSE FLAG…,

The real TRUTH of the matter is that the shooter was on RITILIN, most of his life, and according to MY insider sources, grabbing and controlling a young persons MIND – almost like they are in a trance, is fairly easy to do with the super advanced frequency control systems that are in place today.

EVERY SINGLE COUNTRY THAT EVER TOOK THE GUNS AWAY FROM THE PEOPLE WENT TO A DICTATORSHIP VERY SOON AFTER!

And just in case that did not sink in…, let me repeat it…

EVERY SINGLE COUNTRY…, EVERY ONE OF THEM…, THAT TOOK ALL THE GUNS AWAY FROM THE PEOPLE IN HISTORY WENT TO A DICTATORSHIP SOON AFTER!

Adolf Hitler did this very thing to the Germans BEFORE World War II.   He did this by creating a FALSE FLAG ATTACK on one of the most beloved historical buildings in Berlin called: THE REICHSTAG 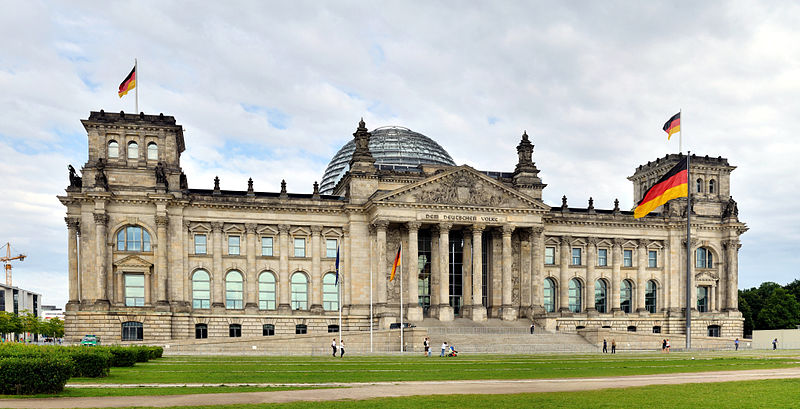 Then, he very conveniently BLAMED the entire attack on THE RUSSIANS (sound familiar) and told all Germans that there were “TERRORISTS” in their midst and that all privately owned guns needed to be given up in order to “protect” the people.

Once these guns were “given up” and all of the people were disarmed, the GESTAPO and the SS were able to “terrorize” the German people into supporting anything and everything Hitler wanted to do, not only to them, but to the entire WORLD!

They could no longer DEFEND themselves against the Government since they had been DISARMED!

Joseph Stalin disarmed all of the Russians at the same time during World War II, and once he did, he was able to kill millions of innocent Russians who wanted to stand up to his tyranny!

According to official Soviet estimates, more than 14 million people passed through the Gulag from 1929 to 1953, with a further 7 to 8 million being deported and exiled to remote areas of the Soviet Union (including entire nationalities in several cases).

Having been DISARMED, the Russian people could not DEFEND themselves against the tyrannical leader that STALIN was.

Mao Zedong (December 26, 1893 – September 9, 1976), commonly known as Chairman Mao, was a Chinese communist revolutionary, poet, political theorist and founding father of the People’s Republic of China, which he ruled as the Chairman of the Communist Party of China from its establishment in 1949 until his death in 1976.

His theories, military strategies, and political policies are collectively known as Maoism.

Under the rule of Chaiman Mao, all ordinary Chinese were forced to give up their weapons!  They had no ability to defend themselves against his dictates.

It is widely held that Chairman Mao killed over 45 million Chinese in only four years time!

Without GUNS, neither the GERMANS, the RUSSIANS, nor the CHINESE people were able to defend themselves against the tyrannical people that very suddenly “took control” of their GOVERNMENTS.

Just because there is not a tyrannical dictator at the head of Government Today…, does not mean there will NOT be one there Tommorrow!

This is the reason…, (and a damn good one) for the Second Amendment to the Bill of Rights!

Every Freedom loving human being KNOWS THIS.

Anyone who wants to disarm the people for any reason is a MORON who does not understand History!

“EVIL MEN” who want to take over entire countries will very willingly blow up, or kill people (even children) just to achieve the goal of DISARMING everyone.

HITLER did it first!

I was told face to face (in person) by a man who was at the meeting (and had a high security clearance)…, that the American Generals asked their Soviet couterparts WHY they (the Russians) had never tried a land invasion of America by coming across Alaska and down through Canada.

The American Generals asked them this question because during the entire COLD WAR, this had been one of their biggest FEARS!

EVERY SINGLE AMERICAN GENERAL was very surprised when they heard the response!

The reason that a LAND INVASION was never even considered by the Russians was that THEY KNEW that every single American OWNED A GUN!

And that a land invasion would have been suicide for any army they sent!

They estimated a 99 percent loss of men due the “fact” that there would be a GUN pointed at their soldiers from behind every blade of grass!

THIS IS WHY AMERICANS OWN GUNS!!

Get this through your heads once and for all!

This man in the video below is a “TRAITOR” to all Americans for demanding the removal of their weapons and he should know better.

His goals (by supporting the DEEP STATE) is just like Adolf Hitler’s goal.

Take away ALL OF THE GUNS, and then create a brand new AMERICAN GESTAPO & SS…, to terrorize THE AMERICAN PEOPLE!

HISTORY IS ABOUT TO REPEAT ITSELF !!

I personally have an idea to have all guns recording capabilities as to see what activity they have, and to have a non-lethal option by default. This might need some gun registration laws, but it’s nothing more than a concept at this point in time.

Very good, accurate and informative post. I appreciate your work.

What is your opinion on this? Was it ok that they were disarmed? Right now, should the people in EU arm themselves up?

Right now if you are in a EU country you need to go through some tests to obtain a permit to be able to get a firearm. Also, it’s also interesting how people/bloggers would cheerlead for Russia. What is your opinion on the strict gun laws Russia currently has?