WHAT IS THE “INTELLIGENCE COMMUNITY” HIDING ?? 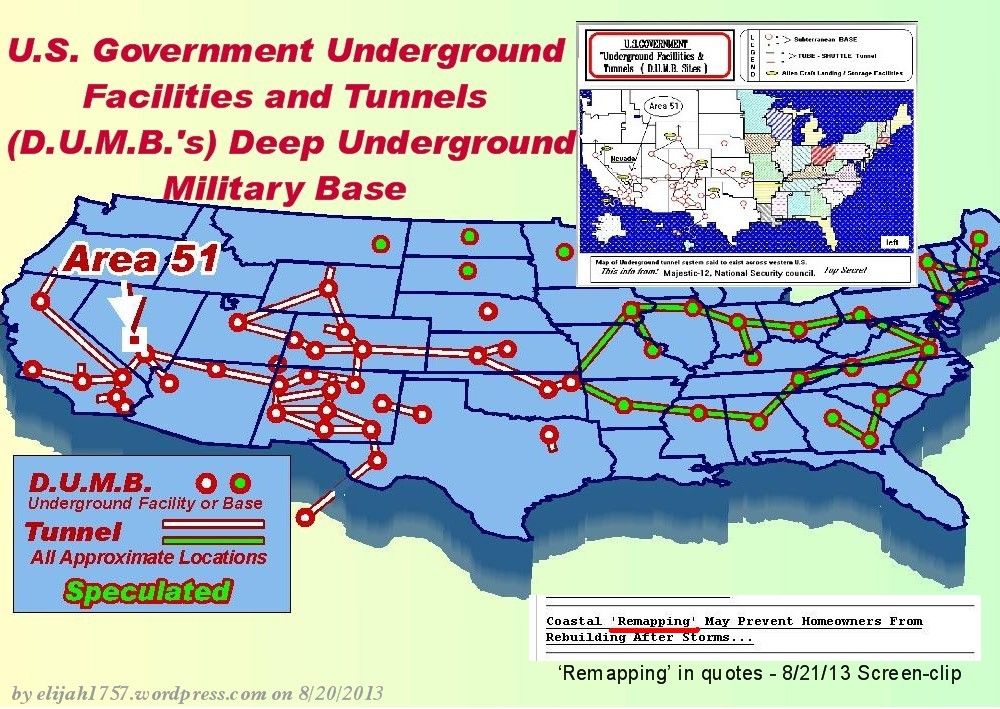 This article is going to uncover a LOT!    It is going to connect dots and diabolical plots that you never imagined!  It all starts with why the “Intelligence Community” has consistently deployed ALL of it’s assets against Donald Trump!

Let’s start with what just happened to John Ratcliffe!

The epicenter of the deepest defensive mechanism of the Deep State is the Senate Select Committee on Intelligence (SSCI).  The SSCI is the bunker, the intelligence manipulation operations headquarters. The SSCI is where the political nuclear weapons (black files and IC gathered political surveillance research) are housed.  As a direct consequence the SSCI is the most corrupt and manipulative committee in all of congress.

Why do you think that this “Intelligence Committee” is so totally corrupt and so loyal to the CABAL??

It all goes back to this article that I just reposted for homework today:

WHAT IS A MAP – DIGGING TO THE ROOT OF THE PROBLEM

The truth is that this “Committee” is the GATE-KEEPER for hiding some of the most corrupt and most heinous activities ever done to human beings in all of history!

They know all about the countless experimentations being done on human beings and the direct targeting of countless others!

They know all about what has been done in the Underground Bases such as the Dulce Base near Dulce, New Mexico, having worked “jointly” with Alien Grays against humanity!

They know that the CIA, the FBI, and the NSA have ALL had hundreds of “Agents” working inside of these Deep Underground Military Bases (DUMBS)…, and thus every single thing that took place there (since the 1970’s and 1980’s) happened under their very AWARE NOSES!

There is NO deniability for these Agencies at the very top!

With Donald Trump as President…, these “INTELLIGENCE AGENCIES” are desperate that they will be found out!    They have committed massive TREASON and ACTS OF WAR against all Americans and against the people of the entire world!

Even the NAZI’s did not do as many horrible, horrible things as these Agencies have secretly overseen in DEEP UNDERGROUND BASES!

This is why you are seeing things like this:

The Senate Select Committee on Intelligence houses the entrenched Decepticons and Democrats who participate in oversight of the intelligence community, including their BLACK ARTS.   It was through this committee where much of the opposition intelligence about candidate Donald Trump was relayed and shared.

Donald Trump was an outside candidate; a disruption in the global way of things.  He questioned NATO, he challenged “globalism”, he challenged the perpetual war machine.  In essence he was a risk.  Hence the SSCI aligned against candidate Trump and continued that opposition into the “insurance policy” phase to remove President Trump.

The pre-election operations of the SSCI is why the 2016 Vice-Chairman of the committee, Dianne Feinstein, abdicated her position as soon as Trump won the election.  She knew eventually the SSCI would be in direct confrontation with President Trump; and Feinstein knew what actions they had taken.  She didn’t want to stick around for the bloodbath.

Remember: “The SSCI is working closely with special counsel Robert Mueller”.  Remember: “The DOJ and FBI must not work with administration investigators”.

And there is MORE:

That’s why all of the “small group” officials, those who participated in Spygate etc., always wanted to appear in front of the SSCI committee (Burr and Warner), and not in front of the House committee when it was chaired by Devin Nunes.

The SSCI participated in the small group corruption.

That’s why SSCI security officer James Wolfe threatened to subpoena the entire committee when he was caught in a sting operation leaking the Carter Page FISA warrant.  Wolfe was only carrying out the instructions of the Chairman and Vice-Chairman.   That’s why the DOJ dropped the charges against him for leaking classified information, and buried his actions behind a singular charge of lying to investigators.

The SSCI is the center of intelligence corruption.

Earlier this morning former ‘small group’ coup participant Rod Rosenstein sent a message to the SSCI to hold firm on not accepting anyone except Deep State Sue Gordon to replace Dan Coats.  In essence the message is don’t allow John Ratcliffe as DNI.  Notice how Rosenstein tags Richard Burr (and Graham)…

THIS IS ALL ABOUT THE UNDERGROUND…, AND SPECIAL ACCESS PROGRAMS (SAPS)

This is where Trump wants to go…, but the Intelligence Community is standing is his way!   THEY are the ones who have tried for almost three years to get him thrown out of office…, and only to save their own a**es!

Brennan, Clapper, Comey, Mueller and many others are ALL very aware of what is happening in the DUMBS!

This is where the Deep State (The New World Order) staged their vicious coup and relentless attacks against all Americans through the use and deployment of SILENT WEAPONS!!!

If Donald Trump uncovers this…, THEY ARE ALL GOING TO HANG!!

This is the very root of the Russia Collusion Hoax!  This is why Hillary Clinton along with the Intelligence Community created the Hoax in the first place!

This is why YOU have been subjected to three full years of it and have seen nothing but that!

They are INSANE with fear!

They are trying to keep hidden crimes and treason so HORRID…, that if the surface population ever finds out about what was done to them by these maggots…, these men and women will be chased down the street and hung from the nearest lamp-post!

And it’s not over yet!

See this latest post from What Does It Mean:

According to this report, the Foreign Intelligence Service is part of the Russian Federation national-security system and is called upon to protect individuals, society and the state from foreign threats—one of the most serious of which emerged on 3 January 2017, just 17-days before President Trump was sworn into office—a threat identified as Democrat Party US Senate leader Chuck Schumer shockingly revealing that the USintelligence community was going to attempt to destroy Trump.

SVR intelligence assets upon learning of this grave threat facing President Trump, this report continues, began a massive and systematic examination of everyone in the US Congress deeply connected with both the US intelligence community and Senator Schumer—two of the most noteworthy of whom are Republican Party US Congressmen William Hurd and Brian Fitzpatrick—due to Hurd having been a top CIA official in the Bush Regime who frequently met with Schumer to brief him on US wars in Iraq and Afghanistan—and Fitzpatrick having been a Special Assistant United States Attorney and Federal Bureau of Investigation supervisory special agent who, for reasons still unknown, was embedded with US Special Forces as part of Operation Iraqi Freedom who, also, is loyal to former FBI Director James Comey—with Comey himself being one of the coup leaders against Trump—and that now sees Trump being insanely blamed for “obstructing”

Dan Coats was one of the LAST “GATE-KEEPERS” the Deep State had…, and Trump just fired him!

Beginning earlier this year, this report notes, President Trump began to openly clash with his top spy chief Director of National Intelligence Dan Coats—the end result of which led to Trump placing US Attorney General William Barr in complete charge over the investigation into the USintelligence community’s complicity in this coup—a move Senator Schumer saw coming causing him to erupt in fury and demand the US intelligence community “stage an intervention” against Trump—an “intervention”, however, which failed and saw DNI Coats resigning from office this past Sunday.

With this guy out of the way…, the real DECLAS CAN BEGIN!!!!! 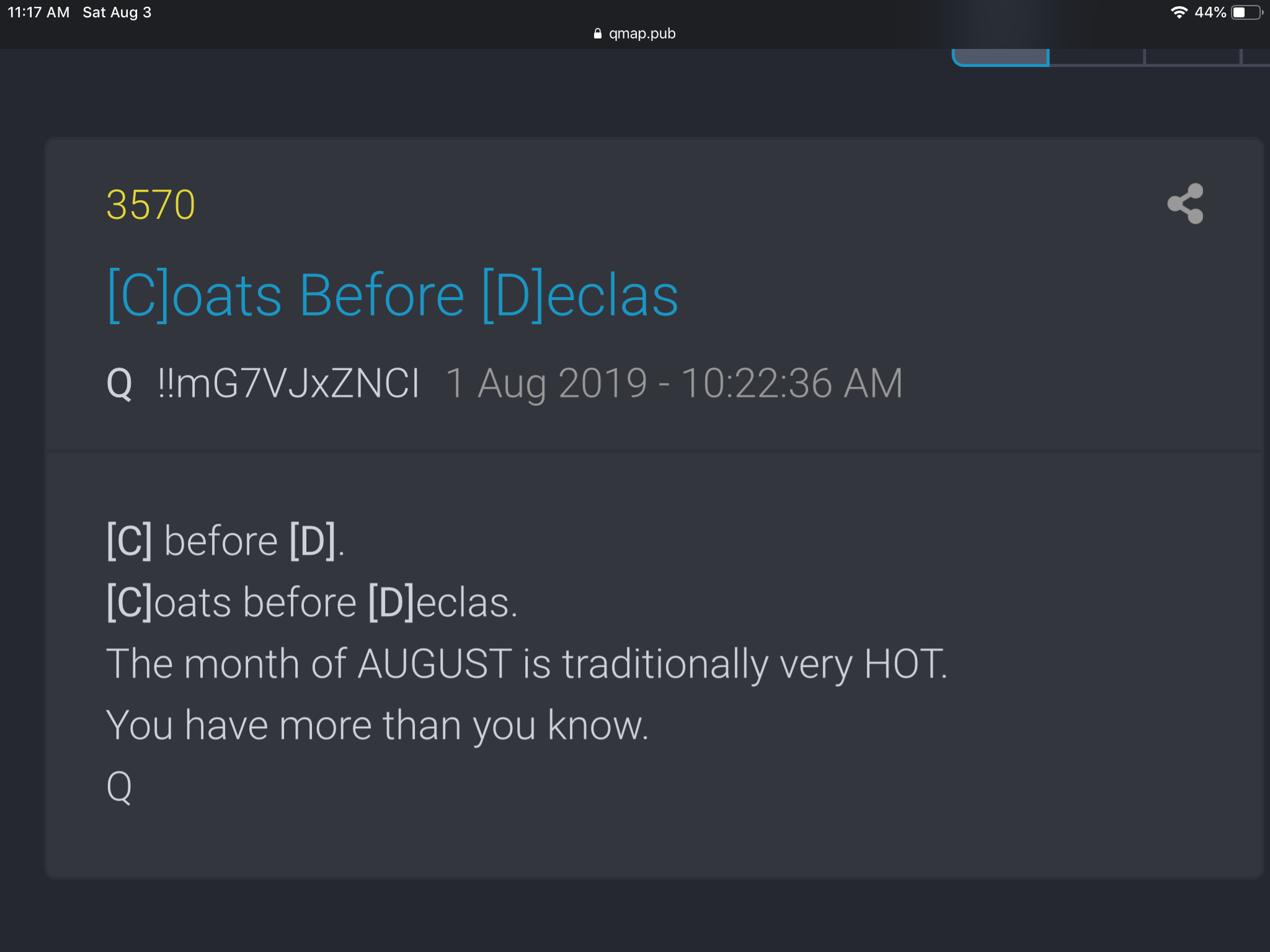 But the Deep State is not going to “Go down Quietly”…., remember they feel their very lives are at stake here…, and they don’t give a DAMN about the American people OR…, any other human being in the entire world!

Their crimes in the Underground bases PROVE THAT!

While President Trump was battling back against his US intelligence community by placing Attorney General Barr in charge over DNI Coats, and his finally ousting Coats this past Sunday, this report details, SVR analysts began documenting how US intelligence community linked Congressmen William Hurd and Brian Fitzpatrick were stepping up their attacks against Trump—with Fitzpatrick even going so far as to shockingly join with socialist Democrat Party members in the US Congress in a vote condemning Trump’s so-called “racist” Tweets.

Most insidious of the actions undertaken by Congressmen Hurd and Fitzpatrick, though, this report says, were the clandestine near nightly meetings they held with Senate leader Chuck Schumer—secret meetings where some of whose other attendees included:

Republican Party US Congressman Rob Bishop—a loyal supporter of the never-Trump radical US Senator Mitt Romney, who tried to destroy Trump during the 2016 US Presidential Election by going on national television to declare in a speech that Trump “is a con man and fake”.

Republican Party US Congressman Mike Conaway—a loyal supporter of former US President George W. Bush—who appointed him to positions of power in Texas.

Republican Party US Congresswoman Susan Brooks—the former Deputy Mayor of Indianapolis who became enraged after she failed to become the Governor of Indiana after Mike Pence resigned to become Vice President—was a devoted loyalist to DNI Coats, who was a former US Senator from Indiana and her mentor—who, likewise, joined with the socialist Democrats and voted to condemn Trump’s “racist” Tweets.

All of whom over these past few weeks have suddenly and mysteriously “retired” from the US Congress.

By President Trump using the “red herring” bait of nominating US Congressman John Ratcliffe to replace DNI Coats, this report explains, he successfully flushed out these Republican Party traitors linked to the US intelligence community—whose intended goal was to wait until next year to “retire”,  thus leaving the Republicans little time to replace them—as the “Deep State” fully knows that Trump is unbeatable—and their only chance of survival lies in the Democrats being able to hold onto the US House of Representatives so they can continue their endless witch hunt investigations—otherwise they’re all doomed.

WHAT IS THE “INTELLIGENCE COMMUNITY” HIDING ??

Now…, what was Hillary Clinton’s Illegal Server all about…, and why was it covered up and why was she given a pass??

She was selling super advanced technology on how to manipulate human DNA and “target” innocent people to China and Russia!

But the Department of Justice COULD NOT prosecute Clinton over these SAP’s…, because these SAPS were themselves CRIMINAL PROGRAMS!

How can the Department of Justice possibly hold Hillary Clinton accountable for selling access to heinous and illegal programs which could torment and torture innocent people (SAPS) when those very programs were started, and overseen by the very INTELLIGENCE COMMUNITY that classified them in secret Underground bases to keep them hidden from the American People!!

To prosecute her…, was to prosecute themselves…, and so she was given a FREE PASS and a slap on the wrist!

Now…, what exactly ARE THOSE PROGRAMS:

This is why this article was reposted….., PLEASE READ IT:

Then re-read this entire series: