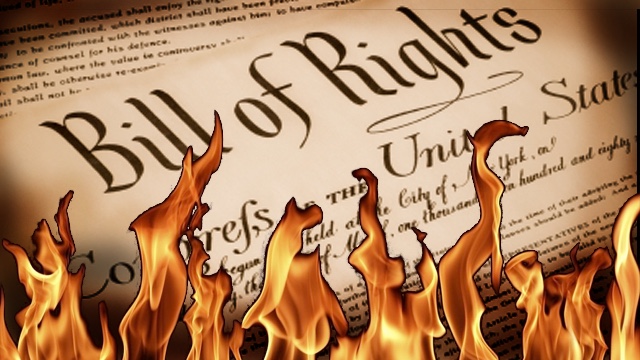 When all is said and done – the MEDIA, more than any other group alive will have to be held fully accountable for the destruction of America – and all of the nations around the world – our cultures – and our societies!

As grim as this sounds, the truth is,  here in America they don’t even really deny it!

They have TOLD US ALL – in so many words

INSTEAD, THEY HATE IT!

What “they” want is something radically different – and to that end YES they willingly admit that they are saying and doing everything they can to help DESTROY what was once America, it’s culture, and it’s society!

The only question that remains to be answered here is whether or not this is a CRIME!

The only question that is left to be decided when all of the dust finally settles is whether or not all of their collective actions rise to the level of CRIMES AGAINST HUMANITY!

I WOULD ARGUE THAT YES IT DOES!

You see – there is no rule, no law, and no convention anywhere in the civilized Universe that gives a small group of people, the right to decide to use their highly consolidated power in such a way so as to KNOWINGLY DECEIVE every man, woman, and child who hears them and thus convinces or incites everyone who sees them into taking actions that will result in pandemonium, chaos, and the destruction of the larger social fabric of society!

The Main Stream Media in America has given themselves over to using their positions of power with regard to the relaying of the news and intentionally turning those positions in WEAPONS OF DESTRUCTION.

Clearly, their goal has been to DESTROY the current social order, current societal norms, and the current fabric of America – or rather Life as we are used to living it.

They are doing this so that once the entire social structure of America is swept away – they can then FORCEFULLY REBUILD another social order – a NEW WORLD ORDER on top of the ashes of what they just destroyed!

Anyone who is a builder knows that before a new home can be built – the old one must be torn down and completely DESTROYED and swept away to make room for the new one!

The trouble here is that millions and millions of people are still living inside of the old home (America) and their lives will be ruined and devastated by the wanton destruction the MEDIA is trying to shove onto it. 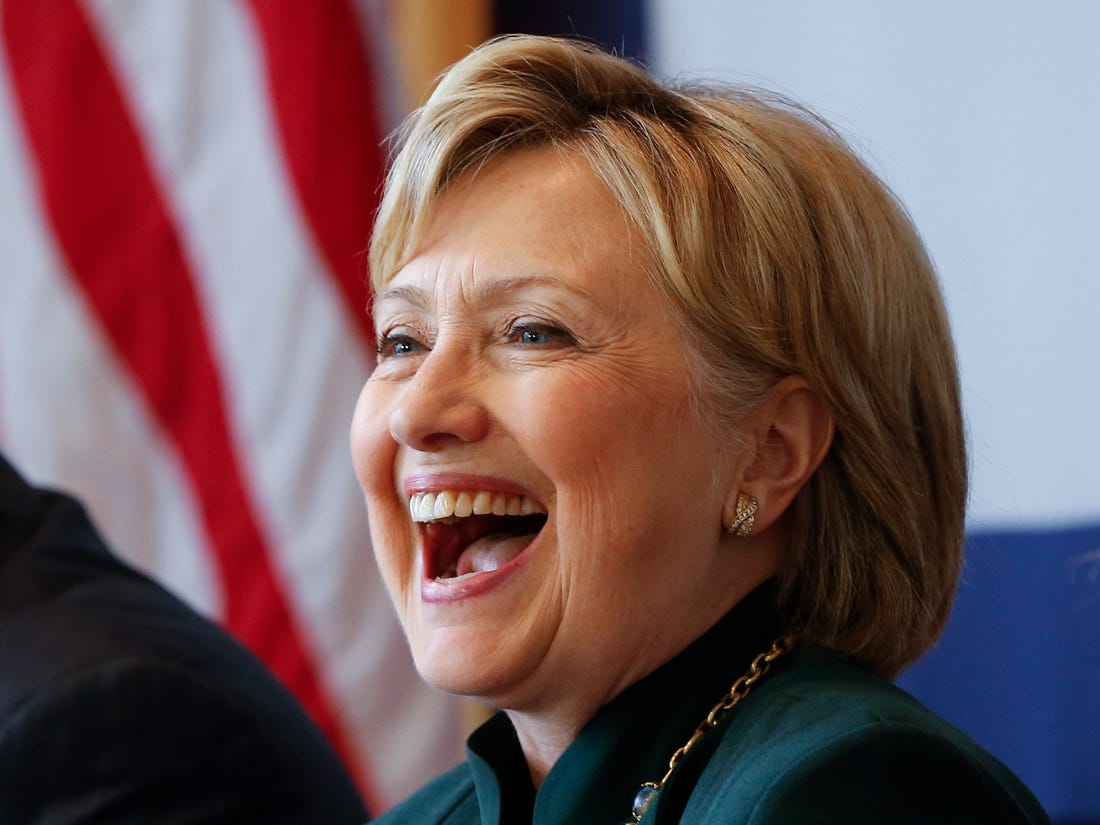 So say the progressives – so say the liberals – and so say the democrats who want America to go totally SOCIALIST!

The problem here is that they are NOT ASKING FOR OUR OPINION – THE OPINION OF THE MAJORITY!

They are basically using a bulldozer to tear down a house that people are still living in – without even giving them any warning to move out of the way – so they can then build a new building in the same spot – but one they like better!

NOTHING ON EARTH IS MORE CRIMINAL – MORE OBSCENE – OR MORE PERVERTED!

Once again – because we are a planet of FREEWILL – then if a certain group wants things to be changed – then they MUST ASK EVERYONE HONESTLY – AND FIRST GAIN EVERYONES CONSENT!

This is the only way it works.

The Progressives and Democrats HATE society the way it is!  Furthermore they HATE GOD! 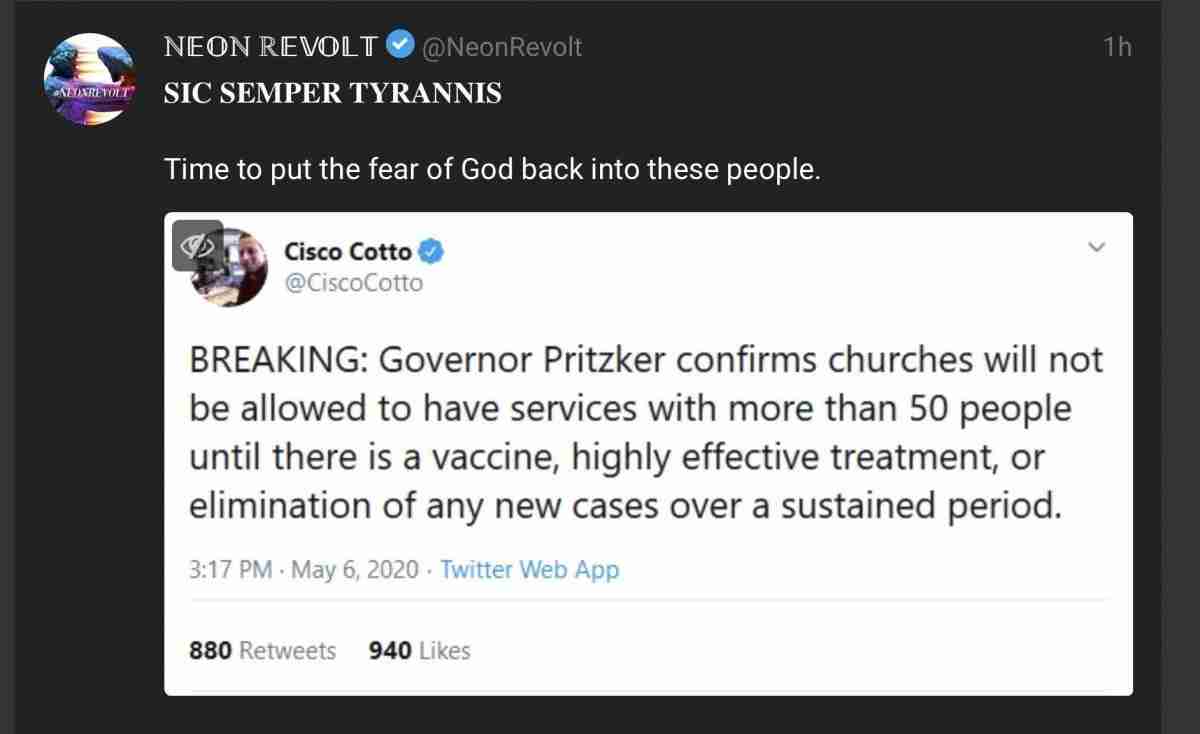 They want our culture and our society changed – but they do NOT WANT anyone else’s input!   They HATE input, and they HATE an honest vote!

This is the EXACT REASON for all of the banning and censorship on ALL SOCIAL MEDIA PLATFORMS WORLDWIDE!

They are desperately attempting to make their tiny, and far smaller numbers to look LARGER and more WIDESPREAD by simply GAGGING everyone in the world who disagrees with them! 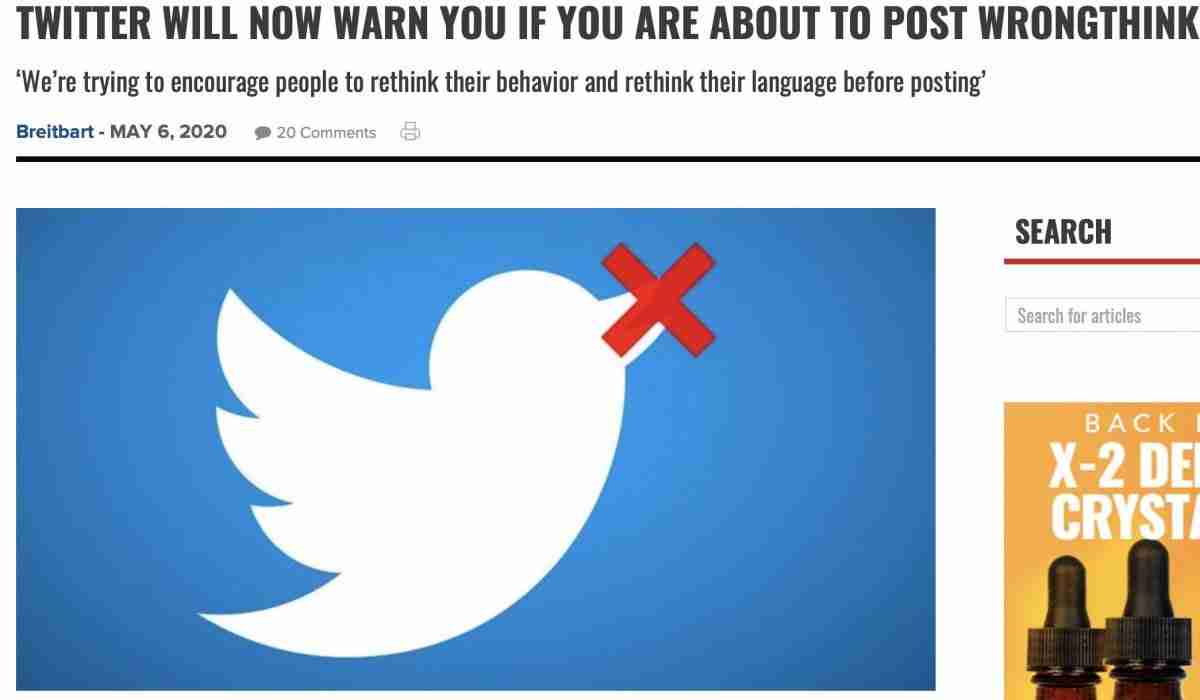 Liberals, Progressives, etc  have simply lost their f*king minds!  They are no longer operating with a full deck and thus: WE ARE HEADING FOR CIVIL WAR! 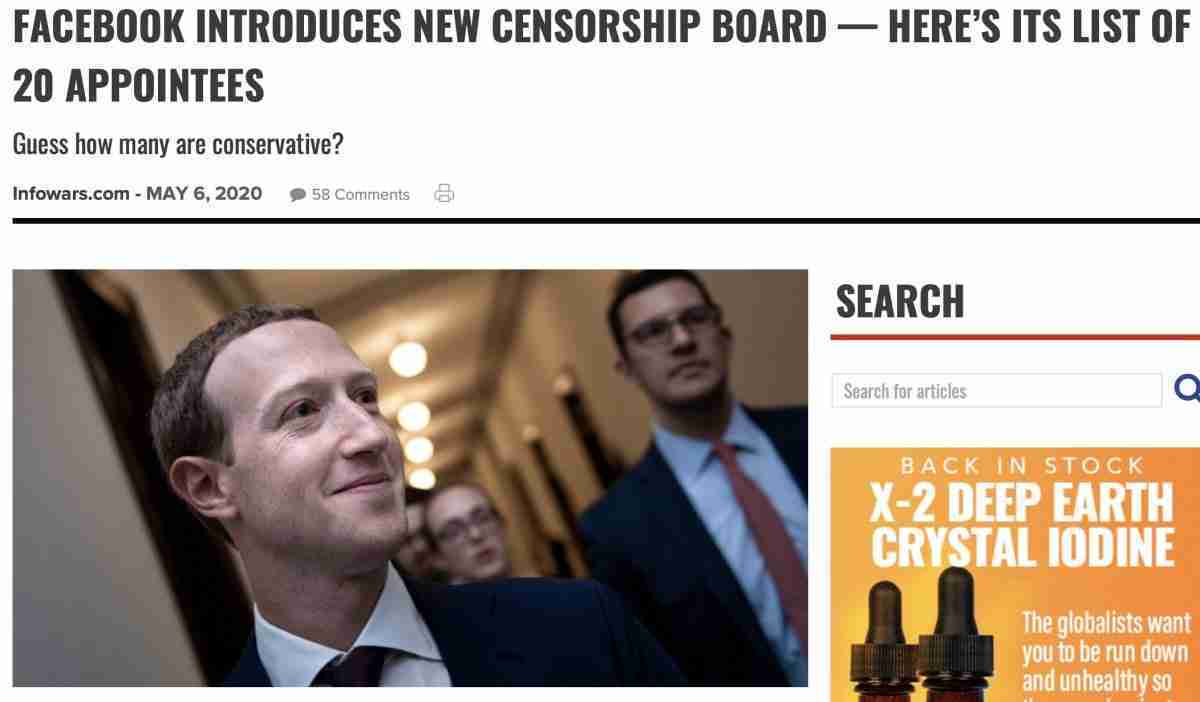 And, you also have a situation at the same time where every single “progressive” honestly believes – due to the complete brainwashing from their radical liberal media talking heads – that every single Christian and Conservative is LYING, DANGEROUS, and OUT TO GET THEM – then it is merely a matter of time before the entire country comes to blows and weapons are pulled out for self defense!

The real question is:  ARE WE THERE YET?

My reply is that we are very close and here is why.

Every single progressive/liberal/democrat thinks and believes that President Donald Trump is pure evil, dangerous, lying to them every single day, and is going to ruin all of the socialist changes they have made to America.

THE MEDIA HAS DONE THIS TO THEM BY LYING CONSTANTLY.

Every single Christian and Conservative believes that the MEDIA is knowingly lying to them (on purpose), and therefore does not trust a single thing they say, and will no longer go along with their diabolical DRACONIAN AGENDA to change everything in the world!

So what happens when neither side can win – and both are at a dangerous stalemate? 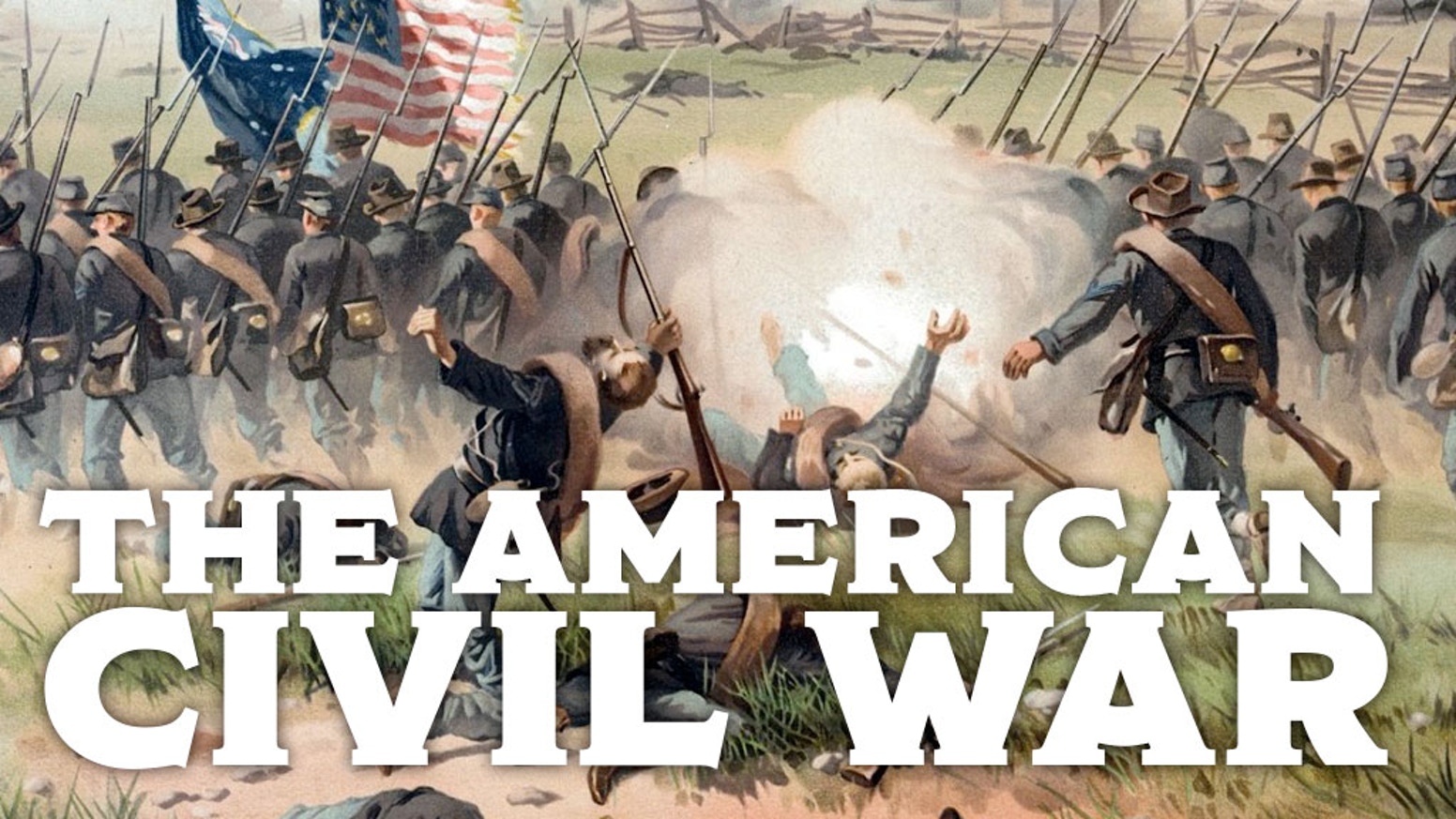 At this point in time – truth be told, the Media does not even care!  They don’t care if it comes to this – because they have been promised shelter if it does!

They care so little for the people that are watching their news broadcasts – that if their words, lies and deceptions cause a war in this country to take place – they say SO WHAT?

They simply continue on with their plans to destroy everything standing in their way that they don’t like – and replace it with what they do like – without asking the permission of the millions and millions of people who are being affected by their deceptive rantings and ravings on National Television!

Not only is this a CRIME – it is a COSMIC CRIME – and one for which the DEATH PENALTY must be honestly considered!

THE MEDIA IS SKATING ON VERY, VERY THIN ICE

Never before in the History of America has the Media been so completely dishonest and so totally used to destroy our way of life – the fabric of our cultures – and the very societies that we have worked so hard to build!

This is no longer about being “complicit” – but instead these people have become SOLDIERS on the front lines that are casting the spells of deception and are telling the lies that could end up destroying the lives of millions of people and causing a CIVIL WAR here in America!

What do you think should be the PUNISHMENT FOR THAT?

These people have yet to apologize for a single LIE that they have ever told – and they have yet to make corrections in their daily ravings and rantings in order to bring a more clear picture of events as they are actually taking place!  They are simply doubling down on their lies in order to destroy what was once a GREAT COUNTRY!

They have been fully exposed for who and what they are!

WHAT SHOULD BE DONE ABOUT THEIR CRIMES?

Bradley,great work. I agree with you the civil war is here . The fuse ? As for punishment the only answer is to exterminate the vermin . They are rabid and diseased . Could this this be the great deception spoken of in the bible ? With so much double speak and propaganda it is fairly obvious who wants what’s. These are crimes as you say on a cosmic level.