WHAT “THEY” FORGOT TO TELL YOU – PART ONE

THERE IS NOTHING ELSE TO KNOW…

Out of all of the articles that I’ve written – over 5,000 in five years – I chosen the TRIUMPHANT to be the first series that will be made available in the Audio-Book Store.  There are currently twenty-seven articles that are tied together in this very important series, and every single one of them teach you something about how “reality” gets created.

I placed this series at the very front of the line simply because until YOU THE READER know how reality gets created – you are at the mercy and the whims of those who know more than you.

Mark Passio said it best.  Knowledge has been occulted (meaning hidden) only so that a “power differential” could be created between those who have real knowledge and those who do not.

THE WORLD WAS SPLIT IN TWO – A RIGHT AND A LEFT 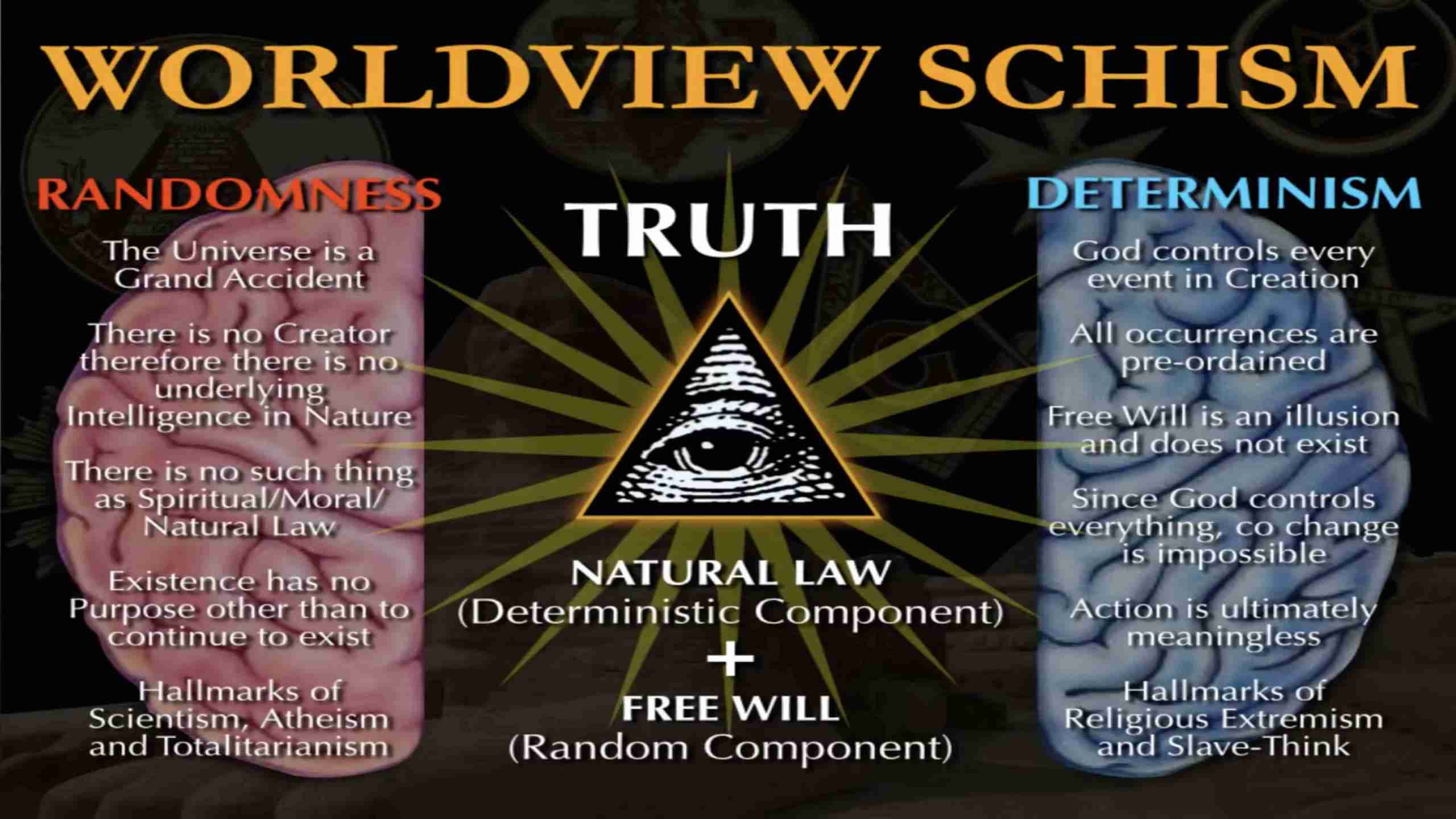 Since this is not what GOD wanted, or intended – SPIRITUAL WARRIORS were sent to the Earth to begin making “corrective measures”.

None of you can see it yet. You don’t see it yet because your minds won’t allow you to see it.  It is hidden from you behind the “smoke screen of illusion and delusion” that was placed in front of you by the dark.

This “smoke screen” is nothing more or less than a DARK MAGIC SPELL – which has been cast upon the entire world of men – creating a fake or false idea about what is real and true, and what is not.

The TRUTH is there – waiting for you to discover it. But in order to see it – you very literally have to “wake up” to the idea that it is out there.  In other words you can’t simply just believe what you’ve already been told. You need to THINK BIGGER and LOOK DEEPER for what is correct and true.

Those of us who can see and feel what can not normally be seen and felt, are AWARE OF SOMETHING that you are not!

Therefore, there is something quite dark and ominous there – hanging in the background – and waiting to strike with all of its fury – and all it needs is GODS hand of protection to be lifted – and the final go ahead to be given.

Those men and women who have worked so very hard to create a NEW WORLD ORDER – knew this from the very start.  They knew exactly what they were doing – and how they could mold (and corrupt) reality into something very dark and deviant.

WE “COLLECTIVELY” ARE ALMOST AT THAT RESULT

However, what is most certainly there, and hanging just in the background – has been, and is being “stayed” by GODS own hand.

It is a moment of pure grace and pure love that is being extended to those of us who have been lied to, conned, stolen from, and cheated for so long – that we no longer knew up from down and left from right – the Dark Reality is being held back.


This has been done because our “actions” were not all of our own doing, and GOD knows this.  And so, the “magnetic mirror” of the Cosmos – a mirror whose only function is to “reflect back” to us the results of our thoughts, our words, and our deeds is actively being over-ridden by the great hand of GOD in this moment of grace.

It is being over-ridden so that there can be a period of time where THE TRUTH can be given (once again) to the great masses of people and they can see for themselves that they are not only in ERROR – but are in grave danger from their own actions and their own non-actions.

THE LUCIFERIANS WANTED US ALL DEAD

Knowing how reality gets created – these beings worked very hard from behind the scenes – even going so far as to make treaties with Inter-Dimensional Beings to get us as a collective group to destroy ourselves.  It does not get any more sinister than this.

They KNOW the Cosmic Laws – and they even follow them to a certain extent. They use “deception” and “mind control” to get other people – mankind in this case – to do the very HARM to itself that they want and need in order for their side to bring forth into manifestation the destruction that they seek.

MONEY – has been their greatest tool and most used weapon against us. They used money against the rest of us and to add insult to injury – they made certain that the “money” we were using and spending (and selling out for) had NO REAL VALUE – which is why they deliberately made it out of paper.

They made certain that it was merely paper – and that its value was based upon the “belief” that it held any value at all.  As always – there was a very good reason for this and I will tell you what that reason is.

The reason was so that they could stand in front of the Great Creator, and the Higher Councils and testify AGAINST the rest of us.  They wanted to make the claim that mankind was the designer and the creator of his OWN destruction.

This was what they were hoping to claim in front of GODS THRONE.

Naturally – it was “they” who designed it this way in the first place – and GOD was watching.

However – the real truth – which GOD also sees – is that it is “they” who hate mankind more than anything else in the Universe.  They hate us and have done this in order to PROVE to the higher universal councils and the Great Creator that we as human beings are monsters, and have no value as a species, and therefore we deserve to be destroyed.

I cannot write enough – speak out enough – or lecture enough to get even a handful of people living here on Earth – to get this.  They have all been so completely brain washed by these Luciferians, and so completely MIND CONTROLLED by their “Governmental Control Systems” and their ways of doing things – that they totally fail to understand just how these things are being orchestrated here on Earth and for what reasons.

THERE IS A METHOD TO THEIR MADNESS

However, GOD gave Earth to us.  So, the only way that “they” can get it – is if WE destroy it and destroy ourselves in the process. Everything that is good, everything that is meaningful to life and to freedom is being challenged as we speak by their own representatives.

They are using every bit of knowledge that they have concerning “reality creation” in order to destroy a species and to bring about a universal cataclysm into manifestation here on Earth.

“They” will stand in front of the higher councils and say that even a “child” could have figured it out – and that we are just “too dumb” and “too stupid” to see what every other species would have seen.

“They” will testify against us. “They” will use every single recording, and every bit of saved information that are preserved in huge file folders and have been created for every single man, woman, and child alive – to PROVE to the higher councils that we did this to ourselves.

They will do this so that the Earth can be given to THEM.

They will use your own I-phone against you.

They will use your Facebook, Twitter, YouTube and Instagram accounts against you in front of the Higher Councils. “They” will claim they only made “suggestions” – and that it was us who always made the final choice to do evil.

The worst part of all of this is – that we – those of us who came to help – and can SEE CLEARLY beyond the smoke screen of illusion and delusion – are being ignored as if we were not even here.

Not only are we being ignored – the Luciferians are doing everything in their power to destroy us and debunk us – just so that their master plan of mankind’s destruction can succeed.

And Humanity – who is so completely lost in illusion, mind control, and delusion, won’t even ask a few simple questions just to see if what we who came here to help are saying to them is really accurate.

HUMANITY “BELIEVES” THAT IT ALREADY KNOWS EVERYTHING…

So completely bamboozled, so completely taken in, they won’t even swim to a life raft even though they are drowning. Everything they believe (however) is a lie.

The entire Earth “system” and the entire way we do things here on this planet – from money creation, to the courts, to judges, to law enforcement, to Corporations and Contracts, to our educational system, to the way we produce energy – ALL OF IT IS A HUGE LIE.

It is designed for one purpose only – and that is to get us to participate in our own destruction.

You see – according to Cosmic Law – if these Luciferians did this destruction to us – then THEY can be severely punished for it.

However – if they merely con, bribe, extort, blackmail and threaten – but do not actually do anything – and instead get humanity to cause great harm to itself, then they can claim that it was humanity that did this – not them.

Remember – half of these Satanists are Liars, I mean Lawyers – and all they do night and day is to go into court and accuse others of being criminals when it is THEY themselves who are the true and real criminals.

All it means is that you are probably drunk on illusion and need to sleep it off.

Humanity is drunk on the countless “illusions” and the “delusions” that have been placed in front of them by the Luciferians and have been indulging in them for so many years – that they can no longer decide what is real and true and what is fictitious and false.

HUMANITY IS UNDER A “SPELL”