WHO “CONTROLS” THE “CONTROLLERS” ? 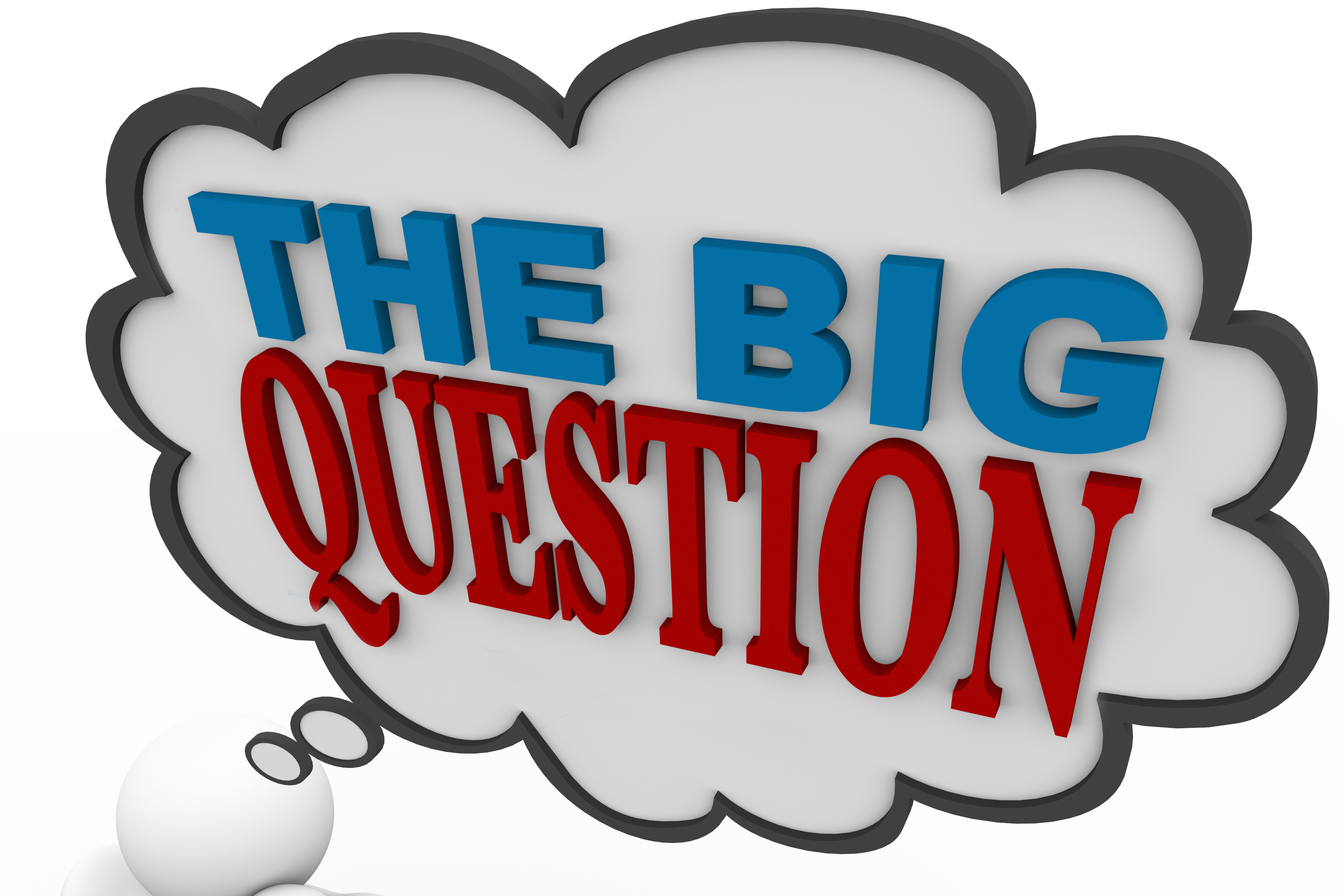 This post is going to be filled with questions!  It is speculation!  The truth here is that I am honestly seeking the answer to this question!  The rabbit hole runs deep on this one, so where do I even begin!

This is where all of the evidence that we’ve looked at previously must be taken in and then made sense of.

In my opinion there are TWO very dark unseen forces at work here on the Earth that all good men and women should be aware of…, the first is demonic or demon entities…, while the second is A.I.

The Illuminati (dark magicians) have been playing around with demonic entities for centuries…, and it seems to me that it has been these “unseen things” which have been used to take control of countless human hosts for ages.  Some of the “higher” Satanists and Illuminati members have even given themselves over to them.

They do this in their quest for MORE POWER.  The strongest Illuminati member wants to “meld” or become “possessed” by the strongest DEMON.

However…, at this point in time…, it seems as if there is another “player” that has suddenly made an appearance on the game board and is being used in the game of “total control” over humanity…, and that new player is the ANCIENT FORM OF A.I. that Shane Bales (aka The Ruiner) has talked about.

This ancient form of A.I. seems to be capable of “possessing” computer technology and machine technology in much the same way that demon spirits “possess” organic beings.

Both demonic spirits and this ancient form of A.I. seem to live, grow, or extend their existence by possessing, invading, vampiring, and parasiting “life energy” or “mechanical energy” in order to survive!

In this way…, they are quite similar!

However…, they are not just happy to suck energy from their victims or hosts…, they also seek to control or manipulate the behavior and the actions of their hosts in order to suck even MORE ENERGY and MORE LIFE ESSENCE from those they control!

In this way (it seems) that the A.I. is also mimicking what the demons do!

Because the Illuminati Magicians have for many, many centuries been deeply involved with demonic entities in their bid to control and have power over other people…, and as they have even willingly surrendered their own bodies as hosts for these malevolent spirits…, it stands to reason that they would eventually want to do the very same thing with the newly discovered ancient form of A.I. – if they thought the A.I. was even more powerful than the demons were!

Remember that what these Satanist Magicians seek above all else is POWER!

Power over others…, power to rule, power to cause pain and suffering.   It is like a drug to them…, they can’t seem to get enough of it, and they only seem to want more and more of it.

It is the description of the perfect PSYCHOPATH or SOCIOPATH in action.

In all of my research and as a result of my on-going observations…, I have come to believe that even though these Satanists have up until now primarily used only demons and demonic entities to help them in their bid to control all of humanity (and to keep themselves in power)  this ancient form of A.I. is providing them with an undeniable opportunity that they don’t want to pass up!

I do believe that they have come to the conclusion that A.I. offers them a far better and more comprehensive method of control over humanity…, a method that the demonic entities cannot.

The Satanists may have actually made a treaty with this A.I. by offering all of humanity over to it as a way to gain the full control over the Earth that they have always coveted and desired!

This could be yet another very reasonable explanation for all of the chem-trails that we’ve seen over the last 2 decades and for the presence of the NANO-TECH in the aerosol sprays that were coming out of the jet planes that flew overhead.

This could also be why our food (Kelloggs) and drink (Coke) had nano-tech put into it, as well as all of the nano-tech that was placed into vaccines to be used on children.

So as a result of this…, not only could the Illuminati magicians use demons or demon entities to possess or to control another human being…, with the nano-tech now inside of everyone’s physical body…, they can ALSO use the A.I. as well.

Now, if what some of the more gifted New Ager’s say is true…, and if there really are some very high souls incarnating onto the Earth at this time…, it may have been seen as necessary to literally possess these human beings in TWO ways…, not just one!

If these high spiritual souls could not be controlled or contained by the normal, run of the mill demon…, then why not ADD this ancient form A.I. on top of it – and have BOTH a demon and the A.I. double teaming that very strong soul into submission?

This makes a lot of sense to me only because in my opinion the Illuminati are the biggest cowards in the entire Universe…, and naturally if they thought they were losing control…, they would double team and triple team a very strong and loving soul only to subdue it.

You see…, this is the problem that I am trying to solve at this point…, and the question I keep asking myself is just how deep does the rabbit hole go?

The technology here on Earth has gotten so far out of hand that those damn underground labs must be working overtime in order to come up with this kind of stuff.

Naturally…, it’s all protected by the CIA and the FBI…, and NATIONAL SECURITY…, so lets not kid ourselves about why we don’t know all of the particulars.

But I can’t be alone in what I am seeing going on out there!

We’ve got Congressmen and Congresswomen who seem to be so mentally brain-dead at this point in time that you’ve got to wonder if they are possessed??

And if they are possessed…, are they being possessed by a demon…, or is it A.I…, or is it a mixture of BOTH?

And what about the Media personalities?  They seem just as possessed!

WHO “CONTROLS” THE “CONTROLLERS” ??

You see the dilemma that I’m having here??

Who controls the “puppets” that seem to be “in charge”?

Many have said that these congress people are clones and that is why they are acting so funky lately…, but clearly not all of them can possibly be clones!   They seem to behave more like they are possessed or outright being controlled!

But is it demonic or A.I. or both?

I will be writing more about this later…, but I just wanted to put the question out there!

Maybe a comment or two to help with the speculation??

WHO “CONTROLS” THE “CONTROLLERS” – PART TWO

Synchronicity? Today I came across this. From 19:05 onwards Max Spiers speaks about the attempt to merge black magick with technology:
https://youtu.be/5Fk8m9i_GHE

Check out Harald Kautz Vella (German physicist) who made some videos a couple of years ago on the topic of AI and the ‘black goo’. Apparently the Falkland Islands war 1982 was fought over the Black goo which was found there. very interesting stuff!

Great question ? I have for many decades ask that same question and while the demons are the valid starting point ,I think this ancient A.I. Is really your major pov. Wes Penre in his very long series called Wes Penre papers alludes to this fact that this ancient A.I. Was coming our way. I think it brings a host of weapons with it, which may include mind viruses. The relationship between demons and A.I. May be symbiotic at this point but in the end it’s all A.I..from all the data I can see. The question then becomes how do we fight such a thing. By the way your pictures of gillutines triggered a memory of hearing about three thousand gillutines brought by this gov’t back in 1992 . It was on the news for one day. Then nothing. Keep,up the great work.still searching for answers .

FYI WP advocates, once we succeeded in escaping the net around earth, to go and ask for asylum to the Orion Queen and join her empire…. Doesn’t sound true to me.

As the comment above speculates could AI be controlled by other entities whether demonic or just other ET species advanced enough to create and use them? This video talks about androids being part of american politics atleast since 1939. So who controls these androids?
https://m.youtube.com/watch?v=tL7fHcooXO4

Sorry to add some more questions …
Where does the ancient AI come from?
Does black goo have to do with it?
If there are two dark forces, is it conceivable that at some point they will start fighting each other instead of working together? If so, can we humans do something to further the divide or would that mean total annihilation of everything?
“The dark magicians have been playing around with demonic entities” or is it the other way around?
As the AI can apparently only mimic, does it mean it’s not that powerful after all?

IMHO it’s not so much two forces but are demonic entities using the AI just as humans are using technology. Could it be that by doing so, they weaken their powers? Just as we humans think we are enhancing our lives by the use of technology where in fact we are diminishing our natural abilities. To fire it is to wire it, and by being dependent on tech we don’t fire anything. People and especially children are losing their imagination bc they are feeding themselves with readymade instant amusement. Fi: Humans used to be telepathic regardless of distance but now we need telecom technology.
So similarly, could it be demonic entities loose their powers bc of their use of AI?
Fortitude, truth and love!

First I have great respect for you. Your work is amazing. I have a different lens into this matter. You are correct about a new player on the board. You might say Dad has arrived. Please don’t think I’m crazy. I have battled these two a few times in my life. You understand the one that works on the emotions of humanity. When you feel like you are standing outside yourself, watching you say or do things that you can’t control. Your body and mind have been jumped in on. This is what is happening to those people who do the mass shootings, start riots. When everybody is shocked that peoson did the act in hideous ways, they were probably jumped. Now, you are learning about the breed of evil that lives and thrives in the electronics. I watched this beast enter this realm in the 1980s. If you piss this one off, it will trap you. It can drive a week minded person insane. Real example. You get one of these on the phone and lie to it, you will feel it suck your soul right through the phone wire starting at your chin. It takes it 3 hours to travel the electrical wires from Phoenix Arizona to Portland Oregon. Then the battle begins. When the cell phones came out, its electric grid became useless. It drove it into the computer web. We have to make 5G safe or evict it off the planet. It wants to be free to to travel the micro waves.
I hope you see this as fact, because it is. Blessings, love and light to you and yours.