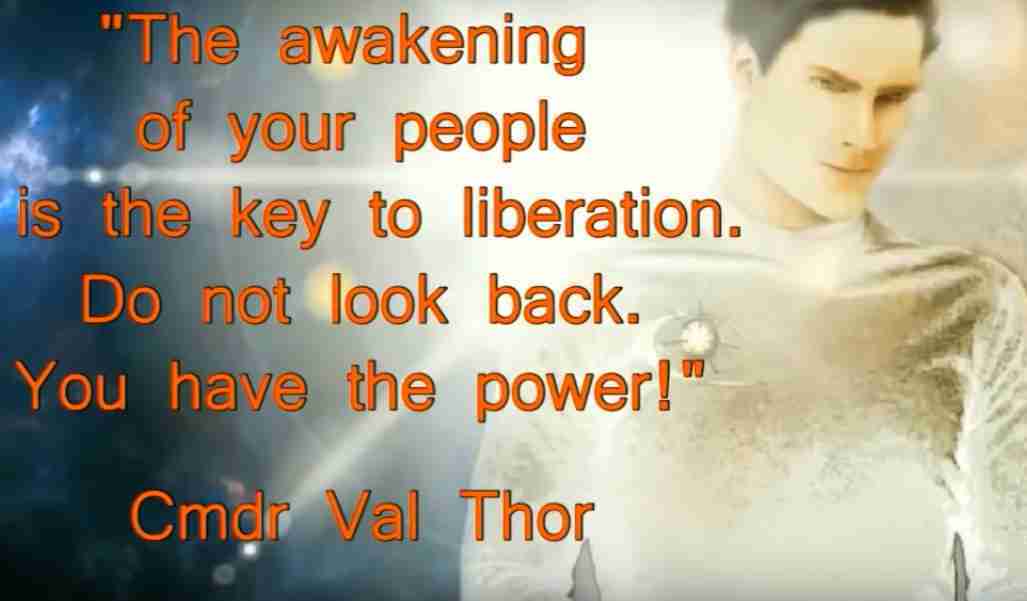 Commander Val Thor – visited the White House and the Pentagon starting in 1957. He led a small contingent of human looking travelers from Venus and offered help to President Dwight D. Eisenhower about the same time the Orion Grays, the Draco, and the Zeta’s showed up. 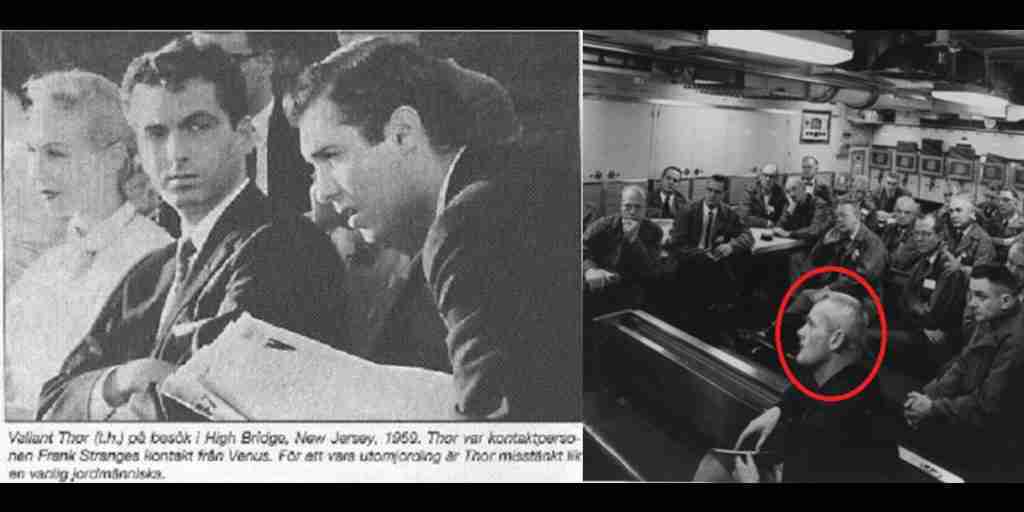 He offered the American Government help and technology to cure every disease, and help with planetary welfare.

His “offer” was refused because the American Medical Establishment (owned by the Rockerfellers) did not want any diseases to be cured.  They were making way too much money from people being sick and complained to Eisenhower that all of the Doctors, Nurses, and Hospital Stuff would no longer have a job and curing sickness would RUIN the economy!

So instead of accepting cures for every illness – he very short shortsightedly refused – and he asked for military help from the visitors instead, which they declined to give.


This is when the Gray’s showed up – who were working for the Orion Group and the Draco.

THIS is the treaty that Eisenhower and his people STUPIDLY signed!

I say stupidly – because all of these reptilian groups had TIME – TRAVEL.

The Americans were out-witted by the reptilian-aliens and the very moment that the treaty was signed – (because the treaty specifically did not forbid it) they used TIME-TRAVEL to go back in time 500 years, 1,000 years, and even 1,500 years in order to CHANGE EARTH’S PAST – and to rewrite our history so that it looked far more DARK.

Furthermore – they started ATTACKING VICIOUSLY any human being who was seen as really “good” and they felt would stand up to their take-over bid.  This author included.

All of us were instantly placed onto an alternative Time-Line where all of the good that once was – was destroyed and EVIL started to take over everywhere.

Satanism – and the worship of Reptiles was on the rise.

The GOOD NEWS is that Val Thor – made “agreements” with certain people here on Earth in 1957 – who really wanted peace and prosperity – and so the GALACTIC FEDERATION OF WORLDS – created a way to “hook” the Time-Line that we were originally on – and to save it – even thought the TIME TRAVELING REPTILES did everything they could do to destroy the positive Time Line we were all originally on.

This was the beginning of the TIME-LINE/TIME-TRAVEL WAR – and it is/was one of the most vicious wars ever fought in this Galaxy.

Here is what Downtown “average” America looked like in the 1950’s.  Clean – modern – vibrant. 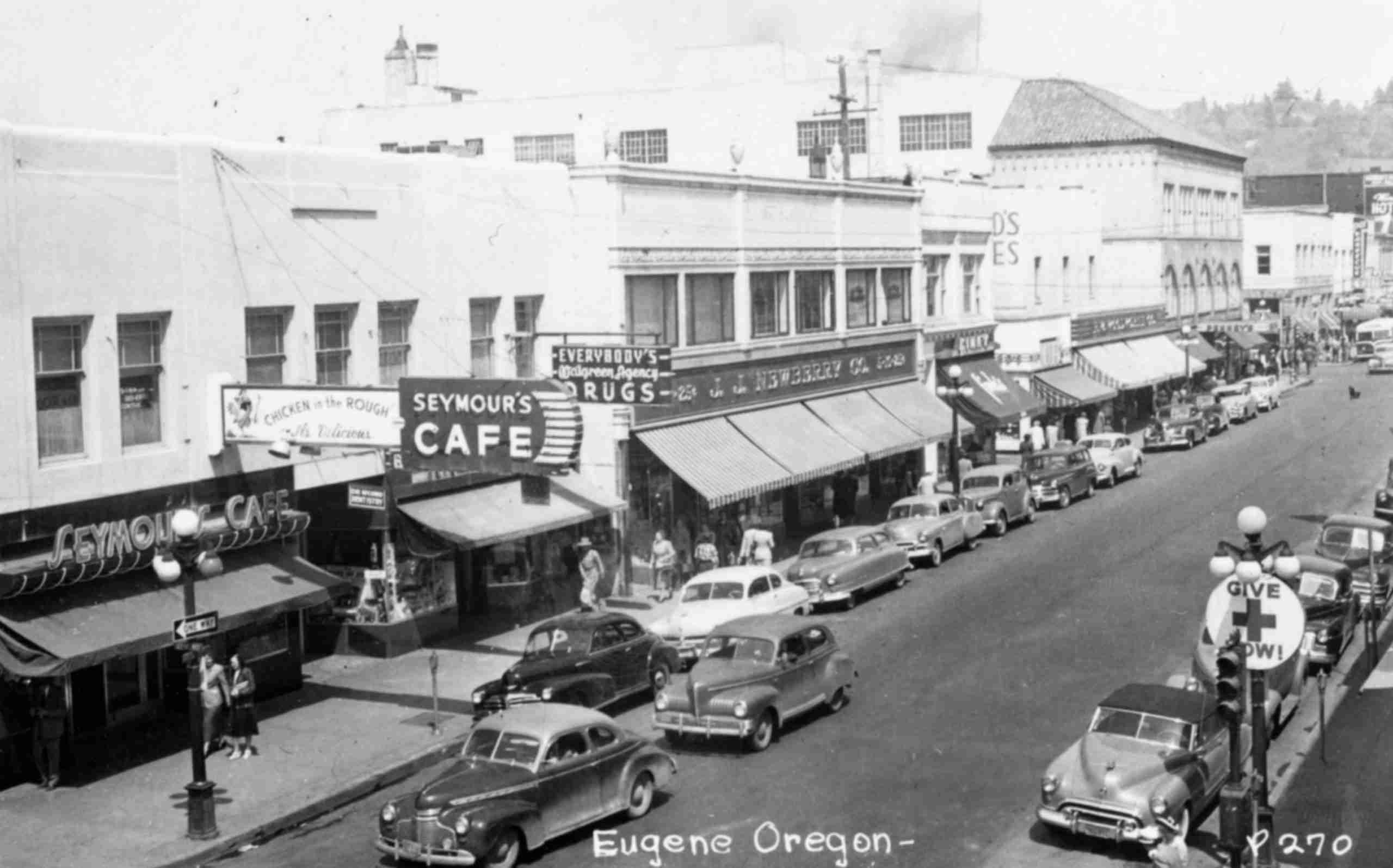 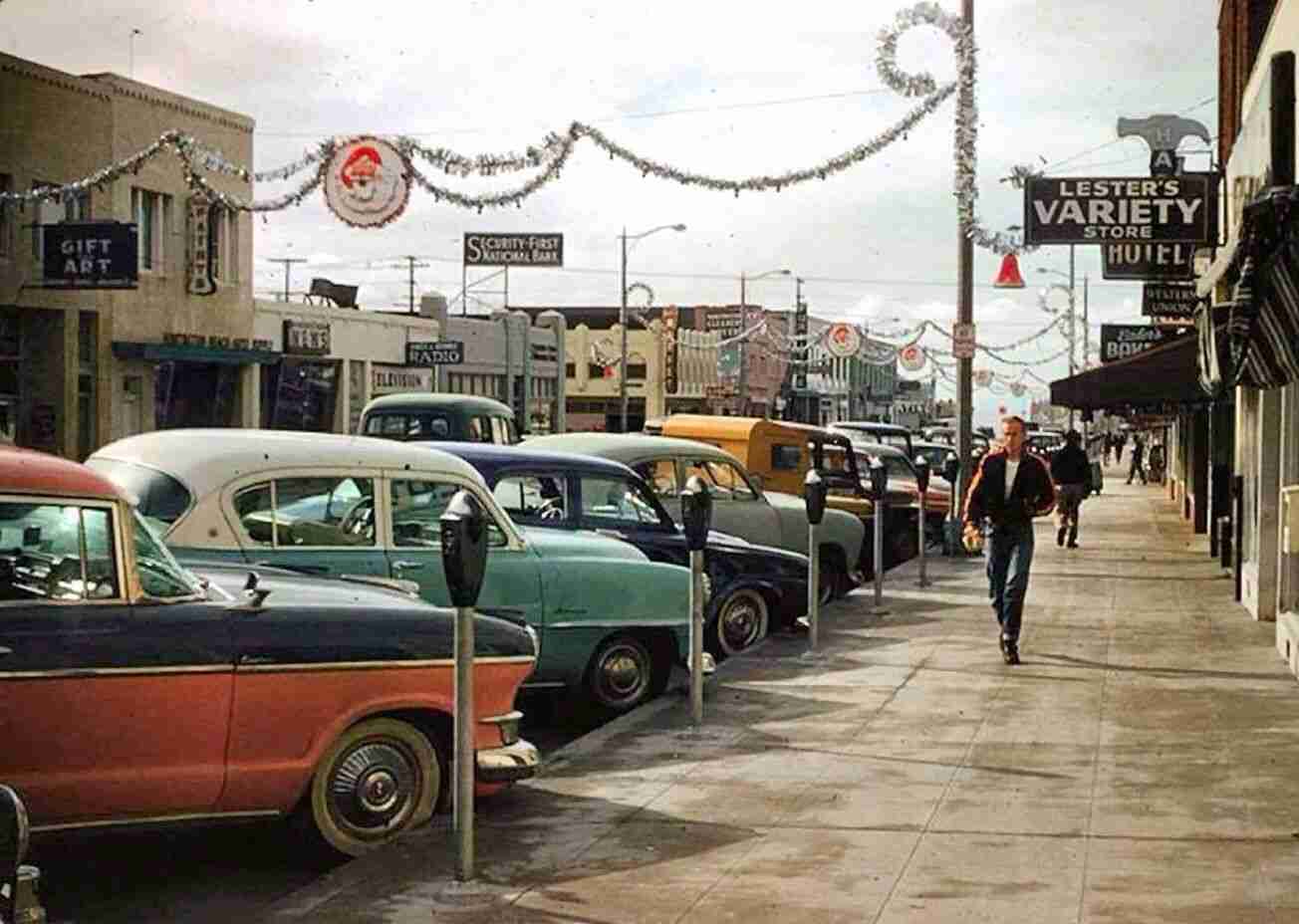 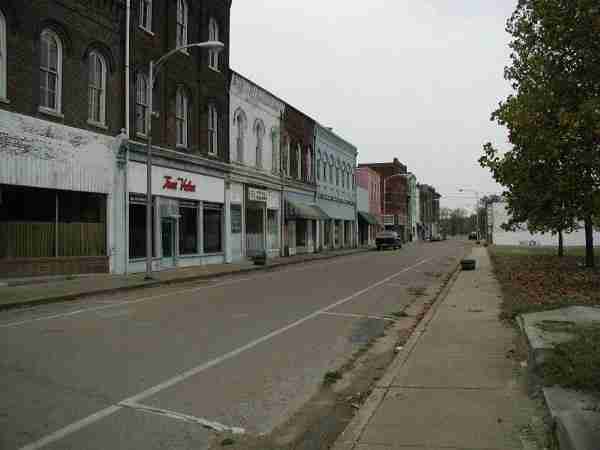 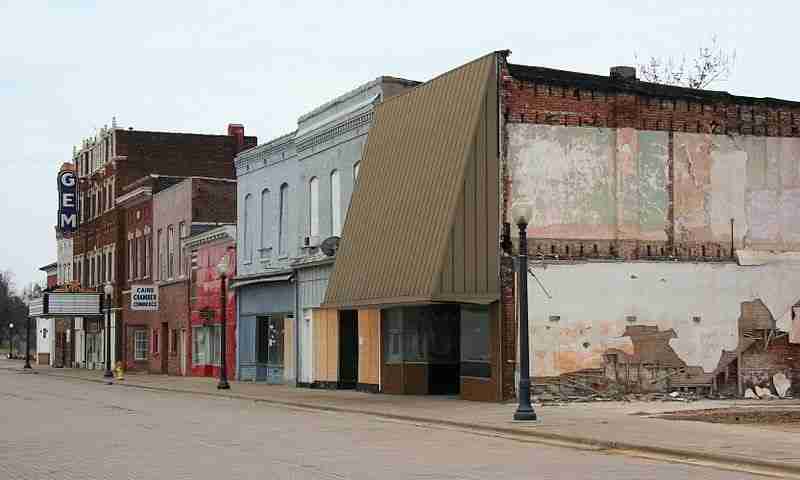 Even though a lot of the fighting also took place in Earth’s past, and even in Earth’s future – the basis for the WAR was these 60 years of TIME – where it all started.

THE REPTILES DID US “NO” FAVORS!  GET THIS THROUGH YOUR HEADS…

This is another reason WHY the “managed system” needs to be destroyed.  It is because the very system we all are living under is a FAKE SYSTEM – put in place by the Reptiles – which was NEVER SUPPOSED TO BE.

None of what everyone thinks of AS NORMAL – was part of our original history or the original TIME-LINE, before the TREATY with the REPTILES was signed. 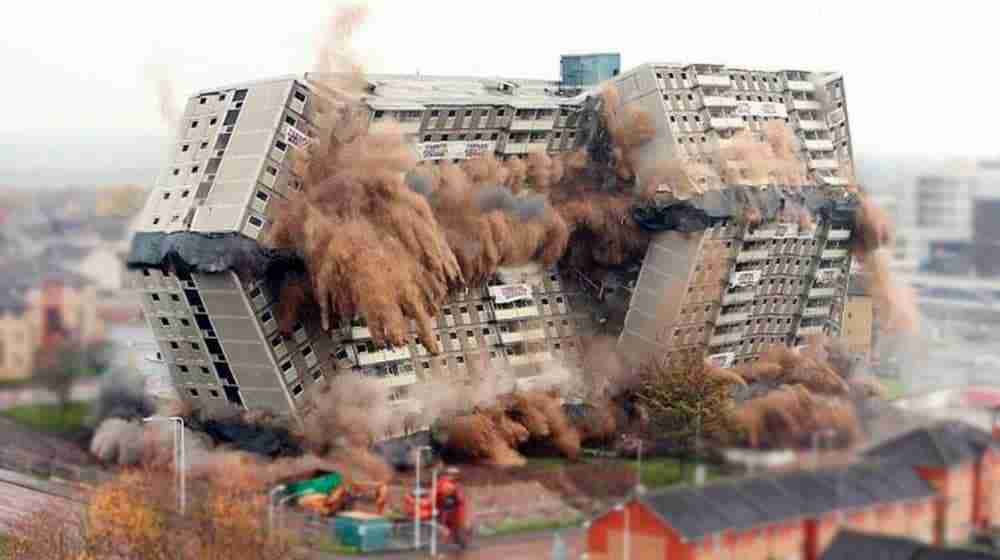 It has to be destroyed – because it isn’t supposed to exist!  You may THINK of it as “normal life” but – in Earth’s original Time Line – it DID NOT exist.  We are all living a LIE – a lie that was given to us by the Draco – the Orion Grays – and the Zeta’s.  Our “ORIGINAL HISTORY” never looked like what we have lived through in this “version” of one of their dark Time-Lines.

Finally, here is Valiant Thor’s take on Jesus Christ who came in our original TIME-LINE:

The only thing he said that troubled me was his use of the expression “when the time is right” in response to my question as to whether or not I would see him again.
His lack of fingerprints intrigued me as I had been involved as a private investigator for quite some time, even working at times on loan to some of the Government agencies.

I had learned the science of fingerprints …with the impression of the lines and whorls on the inner surface of the last joint of each finger on the human hand. He told me that all Earth people were thusly marked since the fall of Adam in the Garden of Eden, during the very dawn of civilization as we know it today.

He began to prepare me for the road which lie ahead. It would not be an easy one. There would be adversities, organized attempts to both discourage and discredit me, but the rewards have proved to outweigh these trials which continue even to this day.

We discussed the merits of Jesus Christ … how He gave His Life freely… so that men could enjoy the benefits of eternal life. I questioned him about a Bible on Venus and he assured me that a personal unbroken fellowship with the “Author” did not necessitate the printing of a “book”.

He found it amusing that many theologians attempt to discredit both Jesus Christ and The Bible. The very God many have said is “dead” continues to lavish them with all good things. Perhaps they will, in time, permit the spark of Divine Light to again illuminate their troubled hearts.

In answer to my question of what he thought of Jesus Christ, he said,

“I know that Jesus is the Alpha and Omega of yours and everyone else’s faith.
He today has assumed His rightful position as the ruler of the universe and is preparing a place and a time for all who are called by His Name to ascend far above the clouds to where His Power and Authority shall never again be disputed.
“I believe that Jesus Christ is the wonder of wonders and changes not. No, not forever and forever.”

As he spoke these words, my own heart burned within me and tears filled my eyes. He turned to the window and said, “Frank, it will not be long. Contend for the faith, and you will never miss the mark.”

WHEN THE BURDEN BECOMES TOO MUCH TO BEAR…

DO NOT COMPLY – DO NOT GIVE CONSENT