WHY ARE FORMER INTELLIGENCE OPERATIVES RUNNING FOR CONGRESS AS DEMOCRATS?

There is only ONE logical reason!

The “Intelligence Community” has been involved in literally countless SAP’s which are directly “TARGETING” innocent Americans and they are terrified to death that if Donald Trump is truly able to DRAIN THE SWAMP, then they will be exposed for the endless “experimentation”, “torture”, “corruption” and base EVIL that they have done to unsuspecting AMERICANS!!

These are wholly criminal programs that are secretly TARGETING AMERICANS, and are not just criminal acts, but are acts which deserve the DEATH PENALTY!

These “agents” are TERRIFIED of the swamp being drained!

You see, they had every CONGRESSMAN blackmailed so the TRUTH would NEVER be revealed to the AMERICAN PEOPLE.

All of the US Congress was being blackmailed in horrible ways in order to keep them from telling the American People they were UNDER ATTACK from their own INTELLIGENCE COMMUNITIES and the CIA!

Now, TRUMP is getting rid of, or about to arrest many of those blackmailed Congressmen, and the CIA is flipping out!

What IF “GODLY” honest and decent people actually get elected and get put into CONGRESS??

The CIA can’t even begin to think about how terrifying this would be, and the fallout for all of their secret operations against AMERICANS.

What is their solution??

TAKE OVER CONGRESS!  TURN ALL OF CONGRESS INTO ONE HUGE CIA RUBBERSTAMP!!

If they can’t BLACKMAIL Congressmen into SILENCE about the countless and endless (ILLEGAL) SAP’s which they are using to target innocent Americans, then, by GOD, they will simply BECOME CONGRESS!

WE as Americans, CAN NOT LET THIS HAPPEN!!!

We can NOT let a single former “INTELLIGENCE OFFICIAL” into the halls of Congress, because their very first order of duty would be to LIE, HIDE, COVER UP, and REMOVE ALL EVIDENCE of the barbaric things that were, and are being done to the AMERICAN PEOPLE behind their backs!!

So THIS, and ONLY THIS is the very reason why they are running for Congress!   They have lost their ability to BLACKMAIL congressmen into SILIENCE and they are terrified!

Where does all of the “MONEY” for special secret Access Programs come from:

ALL OF WHICH THE CIA IS HEAVILY INVOLVED IN… 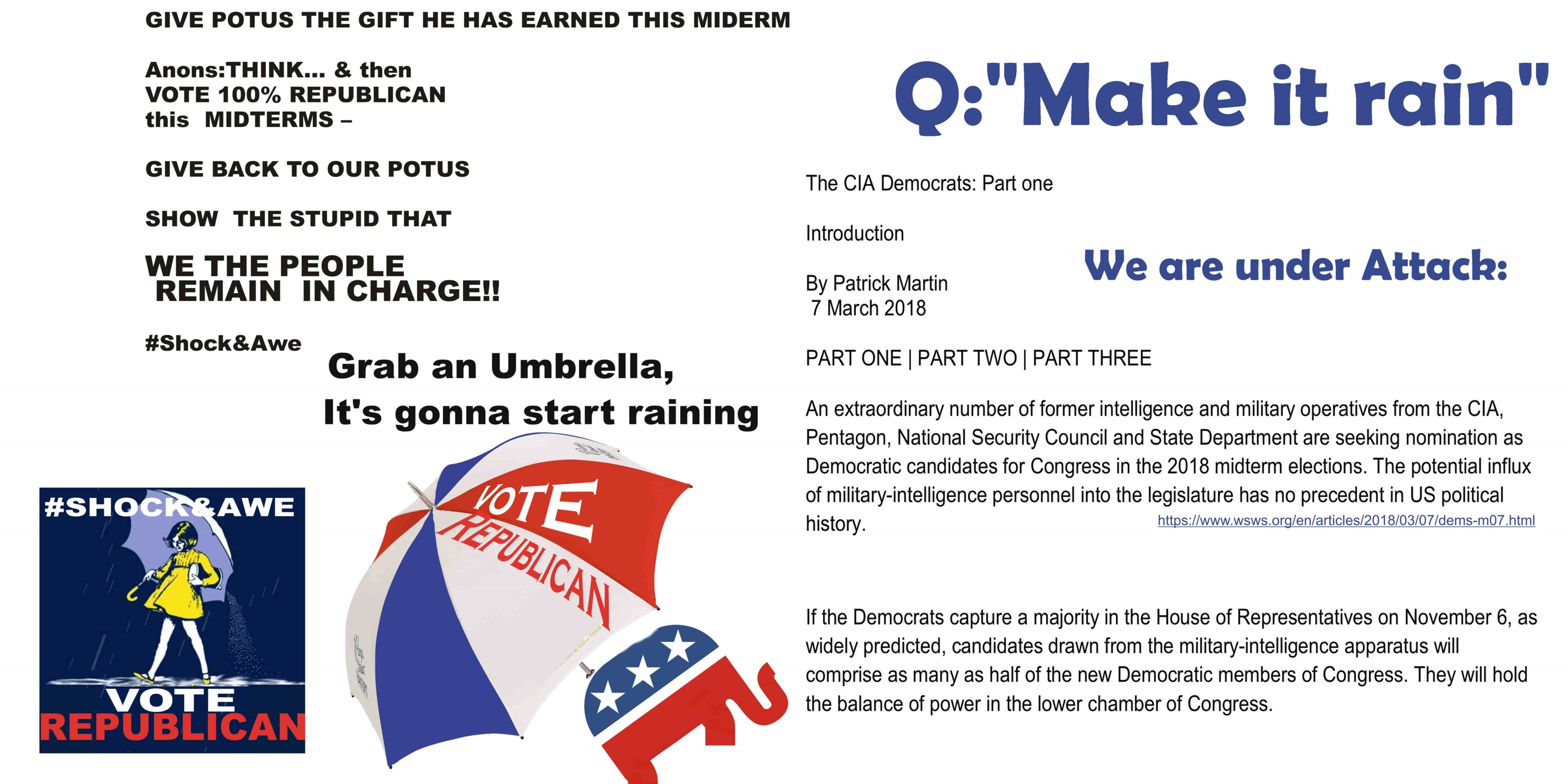 WHO IS RESPONSIBLE FOR THE “GREAT AWAKENING” ??

WHAT IN THE HELL IS GOING ON IN CALIFORNIA ??