WHY I WROTE “THE AGREEMENT”

For those of you who may have gasped at what I put up on my blog just yesterday…, you deserve to know the “WHY”!

THEY WANT YOU POWERLESS!  THUS YOU ARE “NEVER” GIVEN THE “WHY”…

For you New Agers, and one day a week Christians…, the two groups most likely to want to “forgive” everything…, YOU have the luxury of not knowing what I know!

As Q-Anon has always said…, THOSE OF US WHO KNOW…, can not sleep at night!

THOSE OF US WHO KNOW…, have difficulty just doing the simple daily tasks and putting one foot in front of the other!

This is not “just” about the endless crimes being perpetrated against children…, it is also about SAP’s “Special Access Programs” where TI’s, “Targeted Individuals” like Bryan Alexander are literally MIND HACKED and then tortured 24 hours a day, 7 days a week WITHOUT STOPPING for as long as it takes to KILL HIM.

This kind of torture against TI’s can last many continuous years!  Even Jesus himself DID NOT SUFFER this level of prolonged torture!

So for those of you who weep every year for Jesus during Easter celebration, just imagine how much WORSE real people are suffering right now as we speak! 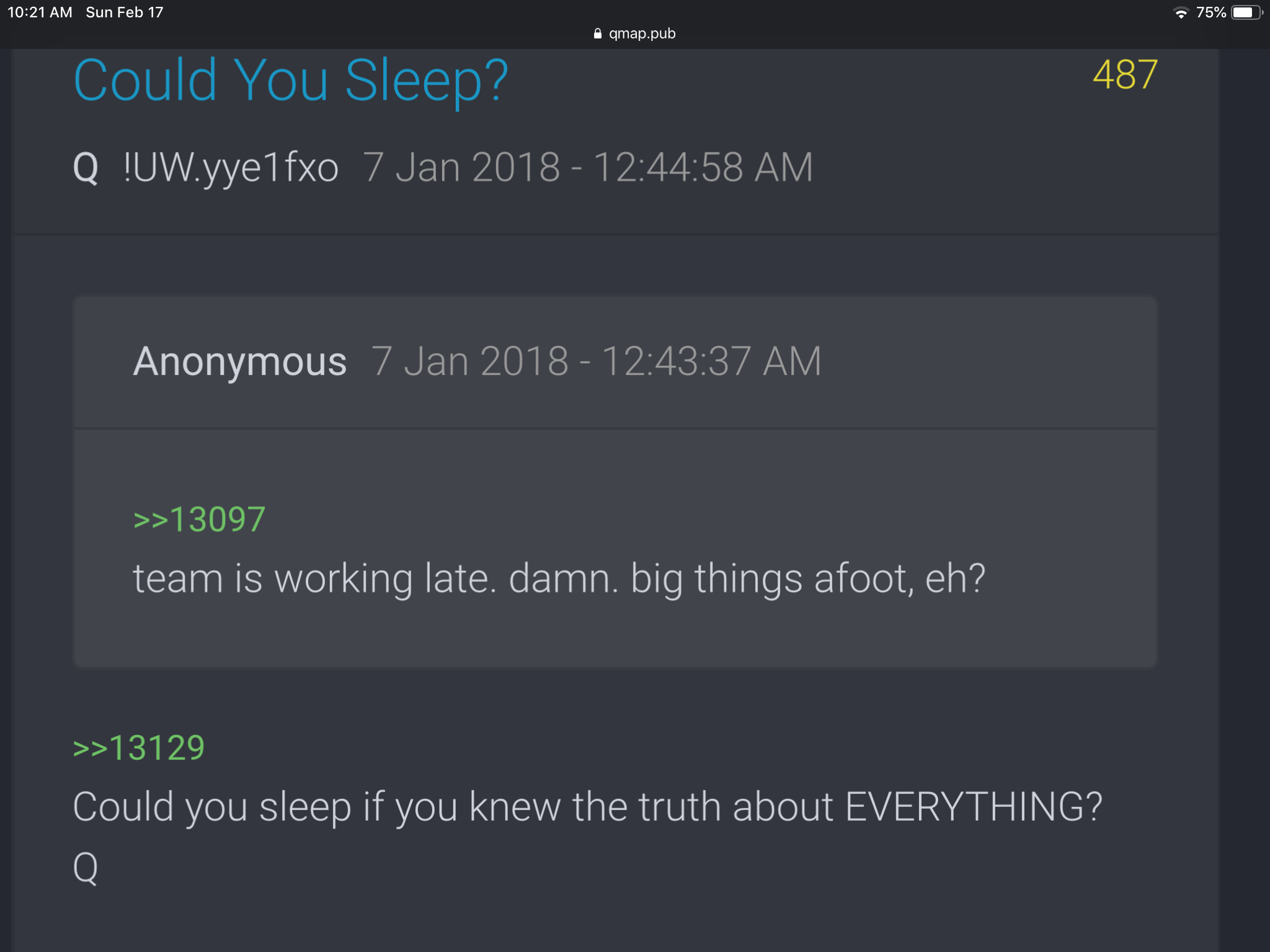 Just “imagine” what these monsters do to helpless little babies and children!!

YOU…, my readers have the luxury of NOT KNOWING just how deep this rabbit holes goes!

YOU still have the ability to “sleep” at night…, I DO NOT!

The very worst “deniers” of all that is happening around us, and thus the most difficult to deal with are again the Christians and the New Agers…, who write fairy tale blogs about just how “wonderful” the world is getting…, and just how FAR we’ve all advanced in our spirituality!

Trust me when I tell you that their “Demonic Handlers”…,  (Channeled Entities) are feeding them a line of pure BS!

You can add “DAVID WILCOCK” into that mess of people.

Many of them are apologizing daily for the pure evil taking place out there…, and are trying to tell you that its not a big deal!

(But they have never been through it…, have they?)

Wilcock even mentioned in one of his most recent live videos that we “should” be grateful for all of our SUFFERING here on Earth…, because “we” need that type of experience to grow faster!

I almost gagged when I heard him say that…..

I’m sorry…, but when I hear that kind of thing…, I want to get out the straight jacket and put the man or woman saying it…, INTO THE RUBBER JACKET!    Wilcock too!

NONE of these so called PUNDITS out there have first hand experience in detailing with a TI (Targeted Individual)…, I DO!

Bryan was one of the sweetest and most loving souls the world could have ever been blessed with…, and “they” literally TORTURED HIM TO DEATH!

For 18 months straight…, without a pause, and without a stop!

“They” used Voice to Skull on him 24/7 and would not even let him sleep at night.

Bryan who would not hurt a fly, told me after a year of this level of intense mental torture that he had finally changed his mind.

He had always thought that certain souls that were evil, only needed love and forgiveness to change their ways, but after what he had gone through and begged the perpetrators so STOP (and they only laughed) even HE believed that these “souls”…, not just their bodies…, but their souls as well.., NEEDED TO BE COMPLETELY DESTROYED for the good of the Universe!

They were that far GONE!

They had willingly given themselves over to DEMONIC POSSESSION!

YOU…, my readers have the LUXURY of never having dealt with the realtime fallout of what these LUCIFERIAN/SATANISTS have been doing in secret behind your backs for centuries.

They believe that they are the LIONS…, and YOU are the sheep!

They have no use for you or for your morality…, for they have NONE!

They are 100 percent psychopaths who can not feel any emotion and any remorse…, and have given over the very CORE of their beings to doing pure EVIL.

THOSE OF US WHO HAVE BEEN THERE CAN “NOT” SLEEP….

Every single one of these people need to be eliminated!  They need a bullet!  For the good of the Earth and for the good of humanity!

But just know that Bryan (who was a TI and a very loving soul) in the end wanted to see them not only killed, but DESTROYED beyond their physical death as well!

There were no words that he could use to describe the level of satisfaction that these perpetrators were getting from torturing him with the use of hidden and advanced technology – and they TOLD HIM THAT!

So next time you visit a “lovey dovey” NEW AGE WEBSITE or read a NEW AGE CHANNELED MESSAGE…, or sit down in a easy go Christian Church…, just remember something…, these “agents” of the so called ASCENDED MASTERS and even Prechers are keeping the TRUTH of how bad it is – HIDDEN FROM YOU!

They are not telling you what these MONSTERS are really doing out there!

Just why do you suppose that is?

So this is the “WHY” of the “AGREEMENT”.

THIS IS WHY  I WROTE IT…, AND THIS IS WHY EVERYONE WHO SEES IT SHOULD SIGN IT!

Because those of us who KNOW…, can’t sleep!

I shouted “The Agreement” as I read it out loud as loud as I could.
I shouted your original articles too. It took me an hour and a half to shout them into my existence.
Thank you for writing these Bradley!!!! I wish my pea brain could think like yours!

We do not need to prove anything to creator! Creator knows everything, that consciousness is all seeing and all knowing. It knows every thought and every deed of everyone and everything that has ever existed anywhere! Creator fully knows the score and will deal with it accordingly.

Bradley,
“….. Every single one of these people need to be eliminated!
They need a bullet! For the good of the Earth and for
the good of humanity! …..”

I understand your stance and agree your judgement regarding
their deeds but when our Creator is the judge on the astral level,
at the secular level you must prove it bevore you give a court
sentence ;
on the other hand, the mess here on Earth would be still bigger.

I went to Jean Haines websites. I check back in once in a while to see if she had posted anything since she had a break from her blogs and they are no longer available

This site has been archived or suspended for a violation of our terms of service.

That is utter BS.

Thank you Bradley. Since becoming a TI openly in 1993 they have not let me live in a house unmolested without directed energy weapon/chemical combo attacks along with the dark entities and reps,greys,etc…The Universe guided me into association with a lot of individuals of elevated consciousness,some good,some not so much….it used to make me peeeeuuuukkkke to hear this garbage from new agers about we had all agreed to this and our tormenters loved us and we were ALL going to return to Source holding hands together….Are you kidding me? A lot of what I called Drunvalites shared this crap. If these creatures could escape here -this universe or whatever-they would do the same to everything they touched. They are parasitical narcissistic evil.They are beyond redemption. Thank you for the above info. Plz take good care.