WILL THE HUMAN RACE SURVIVE ???

This question (as we speak) is being asked across the entire galaxy!

However, a more appropriate form of this same question would be

DOES THE HUMAN RACE “HAVE THE WILL” TO SURVIVE??

Strange really, that we should be faced (as a species) with such a basic question, but for those who have eyes to see, this is exactly where we are at this point and time.

WE ARE FIGHTING FOR OUR “RIGHT” TO SURVIVE

The Dark Forces living among us have pulled out every weapon that can be imagined and then built!

We as a species are facing overwhelming odds and forces!

The biggest three weapons we are all facing are these:

Just one of these weapons alone would be difficult (if not almost impossible to over-come) but those who want the human race “NOT” to survive – have taken no chances and have stacked the deck in their favor to make “certain” that we as a species are wiped out!

I could spend days getting into the particulars of each subject on the list, but there is FAR MORE to talk about.

You see, it does me no good to point out a problem if I can not convince that the “problem” really IS a problem!

The SATANIST/LUCIFERIAN CABAL has done such a complete “number” on the minds of of most human beings that to point out any dangers they are facing causes them to attack the messenger!

Be that as it may…, we are in the LAST and FINAL DAYS where a real choice is going to have to be made!

Everything is already in place to utterly DESTROY US ALL…, and it can be seen “plain as day” for those who can see it.

It “sucks” but there it is!  This is where we are!

For those who are in denial or have given in to being brainwashed…, NOTHING can be seen and so there appears to be NO danger at all.

The Luciferian/Black Sun Worshipers have left us with NO OPTIONS.

They want us ALL destroyed, and thus we are in this strange position where it has come down to US or THEM!

You think this is not the case…, but I assure you…, this is exactly where we are at!

The human race CAN survive.  But in order to do so…, we have to be willing to basically “take out” and DESTROY the Luciferian/Black Sun Worshiping/Child Sacrificing Cabal!

Because this is the parameters they have set up.   They are going to move forward until each and every single one of us is totally

In order to stop this from happening, our ONLY COURSE OF ACTION is to exterminate them!

This is the Ultimate KOBAYASHI MARU moment and we must choose!

For those who are not aware, the KOBAYASHI MARU is also known as the “NO WIN SCENARIO”.

It is a “training exercise” where by a human being MUST make a choice between two devastating alternatives…, and neither one can avoid huge losses.

The notional primary goal of the exercise is to rescue the civilian vessel Kobayashi Maru in a simulated battle with the Klingons.

The disabled ship is located in the Klingon Neutral Zone, and any Starfleet ship entering the zone would cause an interstellar border incident.

If the cadet chooses to attempt rescue, the simulation is designed to guarantee that the cadet’s ship is destroyed with the loss of all crew members. 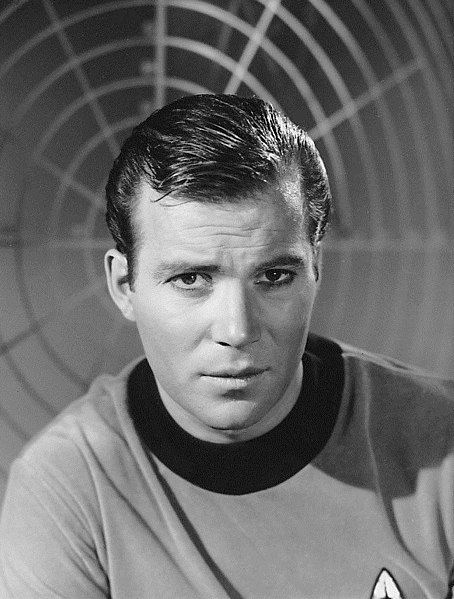 This about sums up our current situation with the DARK FORCES of the LUCIFERIAN/BLACK SUN WORSHIPERS  who are also known as:

This is not something that is new to the Galaxy, or to the Universe!

A choice like this one is often placed in front of an entire species just to test it’s WILL to survive!

For hundreds of thousands of years…, the species is TAUGHT to value PEACE at all costs…, and then…, in one single FINAL TEST…, it is given a NO WIN SCENARIO choice such as the one described in the Kobayashi Maru above!

The test is very difficult in the sense that a species will either KILL it’s opponent, and thus prove it’s will to survive…, or…, it will choose to DO NOTHING (choose not to kill, just as it was taught) and simply allow it’s opponent to KILL IT INSTEAD!

THIS IS EXACTLY WHERE “WE” ARE AT

The human race is NOW at it’s own KOBAYASHI MARU moment where what we (as a group) do next, determines whether we ALL get to survive…, OR NOT!

Honestly…, I am NOT the first one to be saying this either!

Alex Collier (who has given countless lectures in the past) as a representative of a cosmic race known as the ANDROMEDANS has said this very same thing as well.

You can find (if you watch his YouTube videos) the Andromedans “take” on our current situation here on Earth.

They do NOT understand our inaction…, and our unwillingness to SAVE OURSELVES!

According to Collier (THEY) have asked him on many occasions why they should lift a finger to “save us” IF…, we are not willing to do anything at all to save ourselves!!

This is an appropriate question to ask!

The human species (in it’s present form) does not seem to want to do the “work” it takes to survive in a very difficult and sometimes hostile PHYSICAL UNIVERSE!

Why should they risk their lives and their assests in the pursuit of helping the HUMAN RACE to survive…, if we do NOT care enough about our own species to take ANY ACTION on our own…, to see that it survives?

HERE IS WHERE THE RUBBER MEETS THE ROAD

This is where the NEW AGE RELIGION…, along with all of it’s endless CHANNELED MESSAGES fails every single time.

Because for all of it’s “lofty” lessons of peace and love…, when the FINAL TEST is given…, the “student” has not been properly prepared!

The “test question” is quite simple actually if it is looked at logically…, (survive OR be killed) but instead of being an “individual question”…, a question which only covers your OWN body…, or the bodies of your immediate family members…, the “question” is presented to the GROUP as a whole.

Here is that question:

Do we, as Human Beings want to preserve and protect the very bodies that we inhabit, and the wonderful genetics that we have been gifted, OR…, do we allow our ENTIRE SPECIES to be destroyed by the LUCIFRIAN CABAL and it’s OFF WORLD ALLIES…, never again to exist in it’s current form!

I know countless men who absolutely TREASURE old cars and love to fix them up and keep them in good condition (especially in their original form when they were made) ! 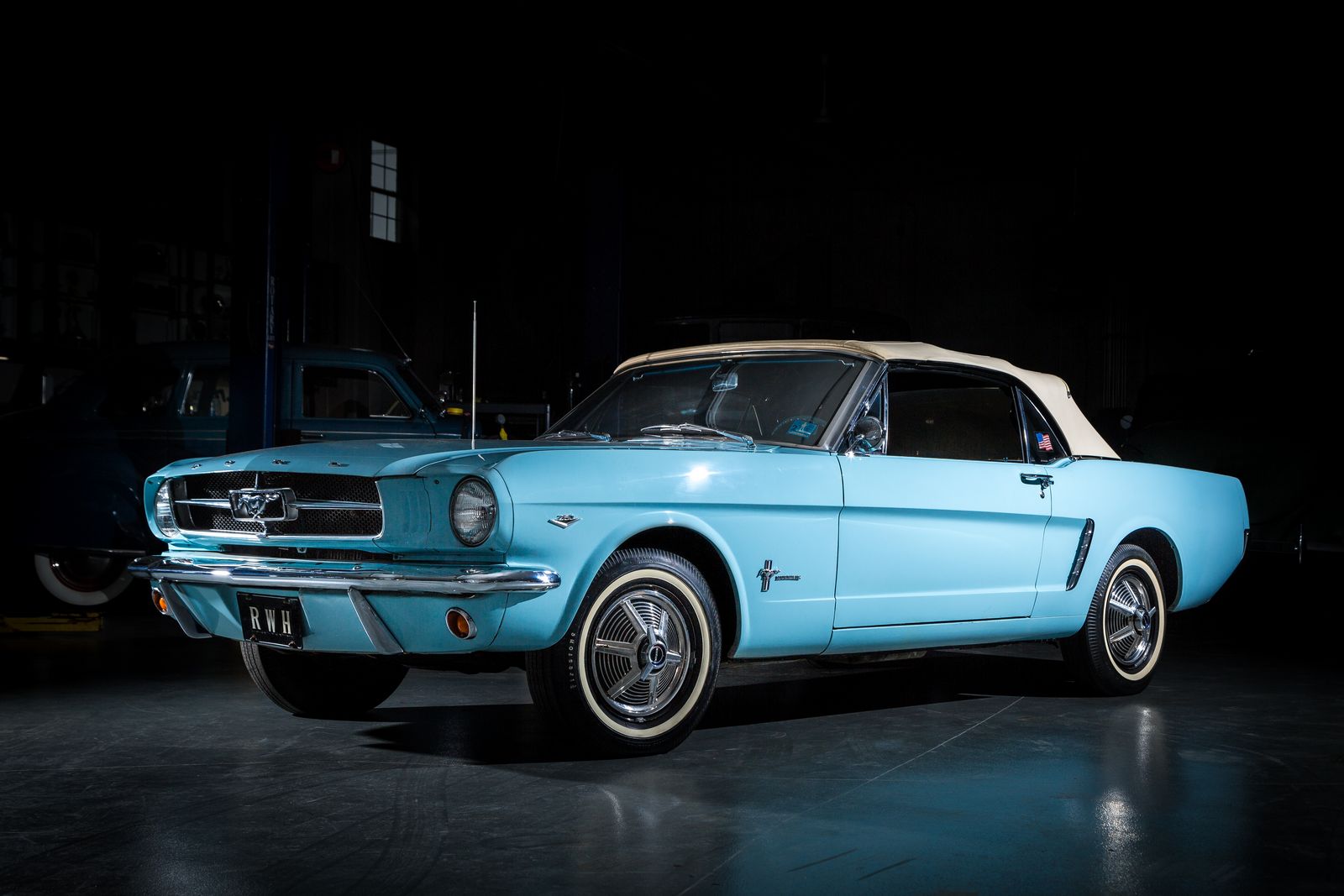 Countless “car” buffs want to have cars as they were ORIGINALLY MADE, because things have FAR MORE VALUE if they remain as they were originally made!

But…, who cares enough about the human body that we all live in (in it’s original classic form) to want to SAVE IT from those who are (as we speak) trying to destroy it…., so that it does not go extinct off of the face of the Earth??

And lest you think I’m kidding…., the LUCIFERIAN/BLACK SUN WORSHIPING ILLUMINATI want to genetically destroy our entire species so that whatever remnant of our species is left …, it can be TOTALLY ROBOTICLY CONTROLLED!

Once again…, we are at the KOBAYASHI MARU!

We either “save the cabal” (as millions of New Agers would have us do) and allow them to continue to live…, and by doing so…, LET THE ENTIRE HUMAN RACE BE DESTROYED BY THEM AND THEIR AGENDA…, or…, we destroy the CABAL INSTEAD…, and exterminate every last one of them…, and thus SAVE THE HUMAN RACE.

Both choices involve huge losses…, and this is the ENTIRE POINT of the “test” called the NO WIN SCENARIO!

More will be coming…, but for now…, BEFORE we get into the HOWS of what they are doing to try to destroy us…, can we first AGREE that the HUMAN RACE is worth SAVING from the destruction?

And can we agree…, that it is something that WE HUMANS want to do…, regardless if there is “galactic help” to back us up!

UPDATING THE INSANE “CRAZINESS” (IN PICTURES) – PART ONE

We need to stop kidding ourselves, yeah we are alone as a species, after all we are just loosh and dinner to everyone else, just farmed for what they can get from us or sell us for. The whole set up on this planet makes me sick to my stomach.

I made this choice a long time ago, we win they lose, bye bye luciferians meet your extinction event! I would rather die on my feet fighting for humanity than live grovelling on my knees to these sick, satanic, peodo, cannibal, low lifes! Time they were eliminated once and for all!

As for the other “races” “out there” who can’t understand our lack of action, what’s not to understand? Many humans have no idea there is even a problem because of the level of evil that has been perpetrated against us from the get go! We never had a chance right from the start and they all just watched and did nothing! What does that make them? Seems they’ve all had their fingers in the pie one way or another, we are just characters in a soap opera to them, just something to observe with their cold calculating gaze. They really don’t give a damn about us they just threw us under the bus so the bad boys wouldn’t come looking to whooping their sorry arses!

We have faced this situation many years in the past and we have known of the coming KOBAYASHI MARU for many years. We are prepared !!

Hell is coming to breakfast…and we don’t SIT at the table !!!!